The last two years, our monsoons have been rather tame, but hard on their heels hurricanes have wandered into Arizona from the Coast, returning seasonal precipitation to near-normal levels but also producing catastrophic flooding. Our backpacking trip along the Middle Fork of the Gila River was originally scheduled for September 19-21, but that was the weekend Hurricane Odile swept past Tucson and slammed into southeastern Arizona and southwestern New Mexico.

We postponed the trip by two weeks and anxiously watched as storm after storm tailed off in New Mexico. The Gila River near Gila peaked at nearly 1300 cfs on September 28, but then began dropping sharply and our spreadsheet projected no more than 150 cfs by the weekend of October 4-5.

We camped as usual at Gila Hot Springs Ranch on Friday night, and were surprised to find that not only has the price gone up (still a mere $5.00) but it's now necessary to reserve a spot, perhaps because the flood of September 2013 wiped out the Wildwood camping area just downstream.

Our crew rolled in at various times from Friday afternoon through the wee hours of Saturday morning, but as usual we all managed to find and identify each other during the pre-breakfast soak.

We set off from TJ Corral around 10:00 am local. I was concerned about this trip, not only because of the water level but because of reports that the area had been "destroyed" by the big flood of September 2013. But as we climbed over the ridge toward Little Bear Canon, it was the same gorgeous high desert as ever, with the trees recovering nicely from the huge fire that swept through this area in 2012.

The giant log that serves as a bench where you can gaze out across the broad grassy meadown where the washes collect and begin to head into Little Bear Canyon is still there, and the water still eases up slowly out of the sand and gradually turns into a glistening stream that funnels into a slot canyon before pouring into the Middle Fork.

Once we joined the main canyon, we could see that there were a lot fewer giant cottonwoods, lots of debris piled up on the stream banks, and some sections of the canyon had been resculpted beyond recognition. But it was still relatively easy to find and follow the trail, and you still cross the creek exactly 15 times to reach the warm springs, only now the location is nicely concealed behind a wall of downed timber :-). 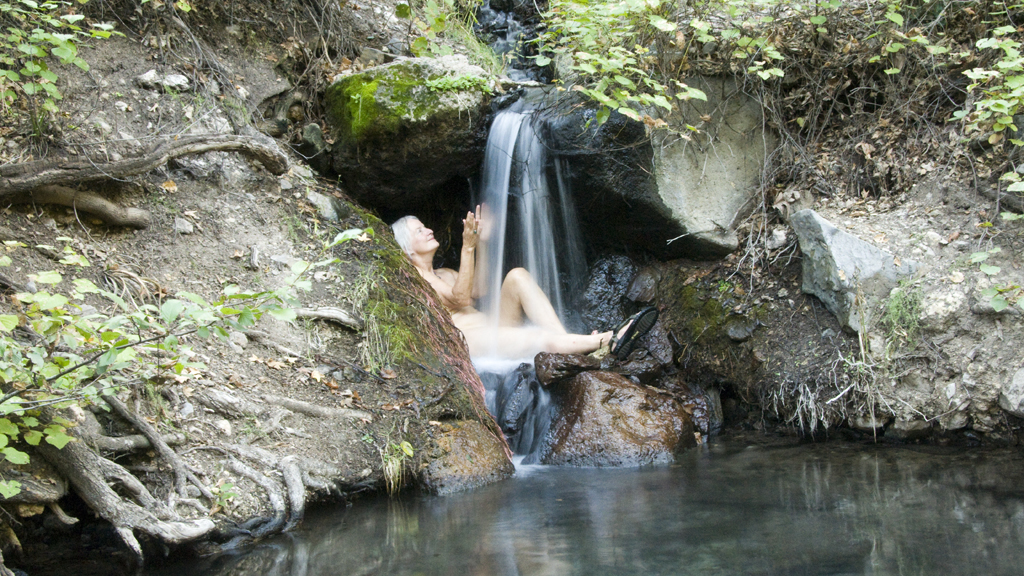 One picture says it all