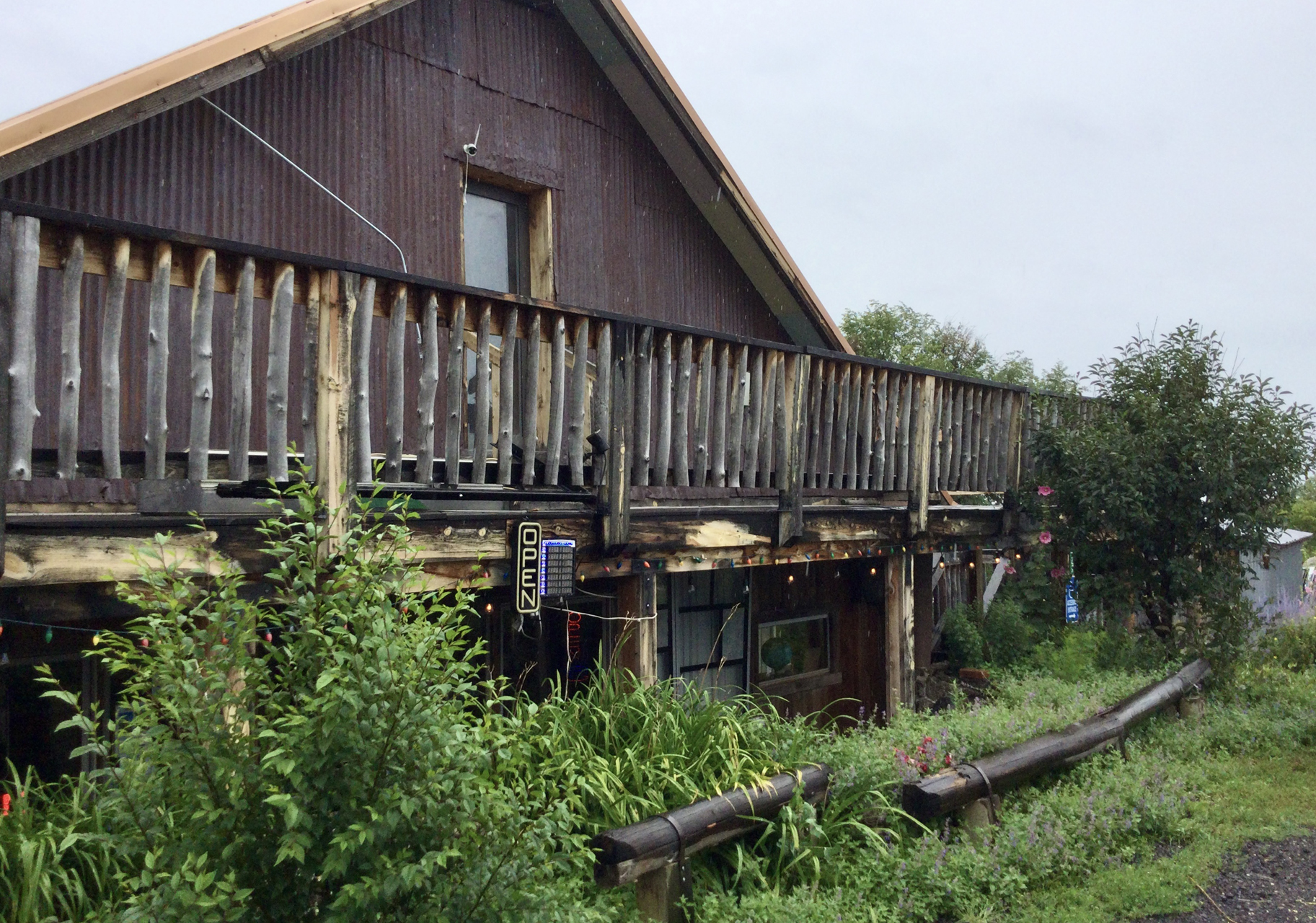 We thought we must be at the end of the monsoon, but it rained hard all day on Sunday, August 20. We took a break from driving and enjoyed a great meal at the Chili Line Depot in Tres Piedras.

My camping mojo is very strong, but sooner or later, bad weather and timing may conspire to land you in a (GASP!) RV park. All this for a mere $40/night! Wondering if I should invite the neighbors for dinner? I could easily open a window and pass a dish to their table! 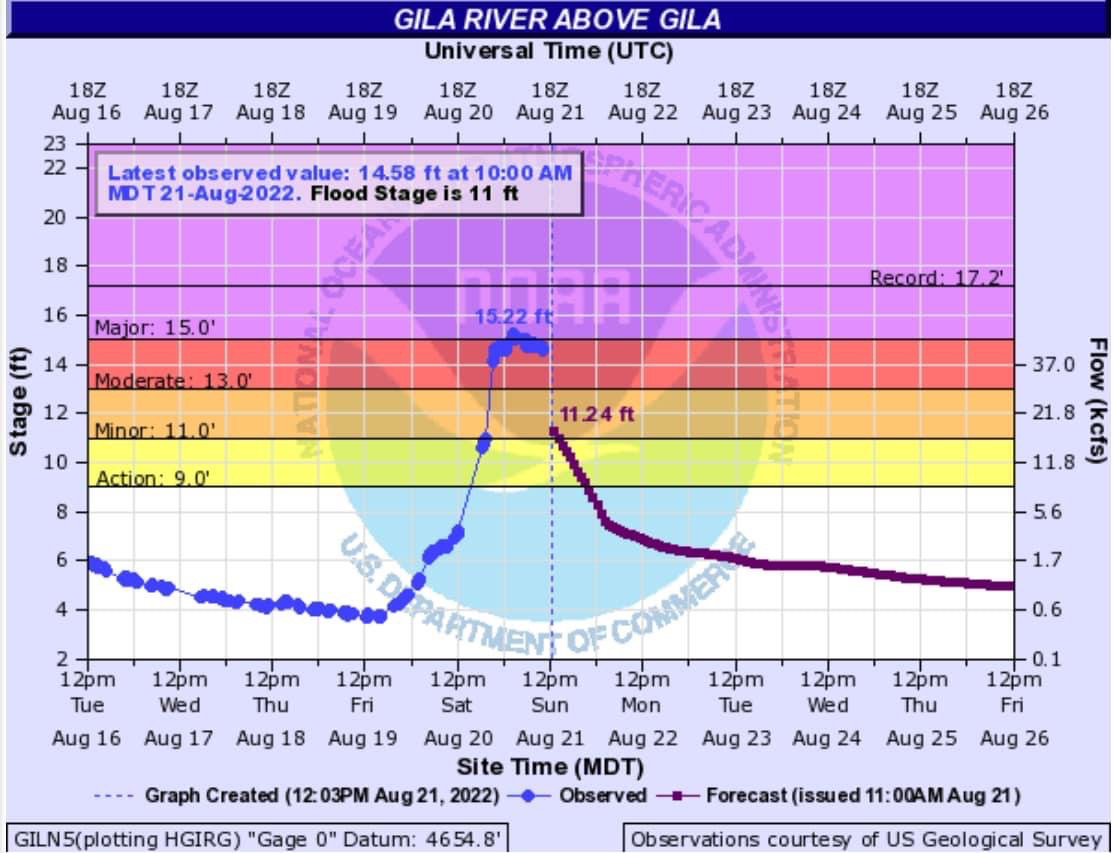 At least we had internet! And reports were trickling in of rising waters in southern New Mexico and Arizona. That evening the Gila River near Gila, New Mexico, crested at 15'2" — the highest level since 1941. Downtown Duncan, Arizona, was under an evacuation order. 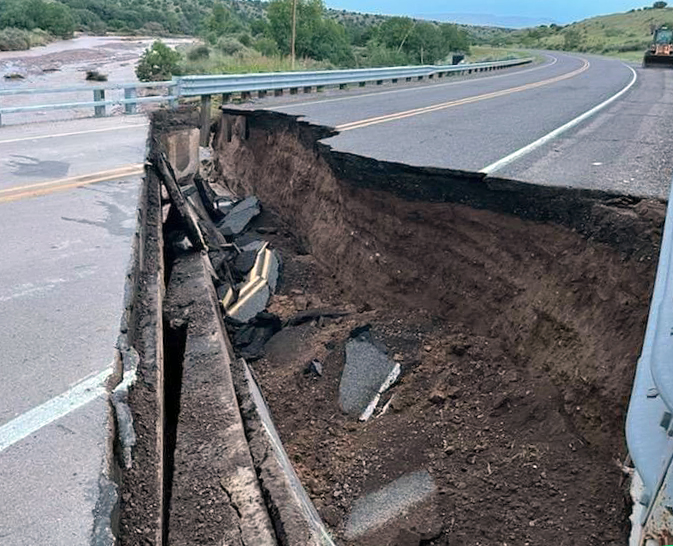 Easing south in the dark on 180 on the last leg of the trip, we saw nothing unusual until we reached the Gila River. There, every wash was a raging torrent. Many side roads were obviously impassable, including the road to Bill Evans Lake. Just north of Mangas, we were blinded by flashing lights on a bridge over Greenwood Wash. A policeman cautioned us to stay to the left since the bridge "is kind of washed out". By the time we reached home, US 180 was closed in both directions, and the bridge washed out completely the following afternoon. We figure we were likely one of the last vehicles to make it across. The trip might have ended very differently, especially since no detour was possible due to flooding in Mule Creek Pass and Duncan.