The weather held, and we had a clear and sunny day for the tour of Lake Lucero. 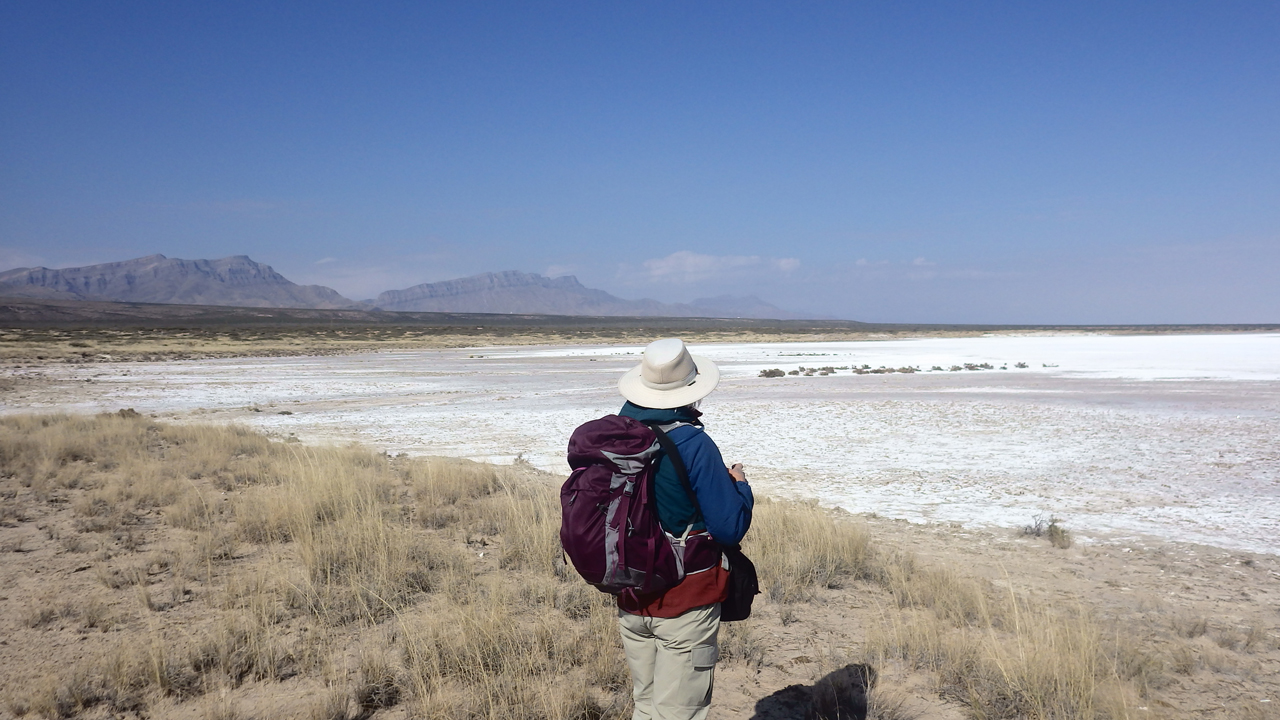 In a state with more than its share of geological oddities, this is surely at the top of the list! Sandwiched between White Sands National Monument and the San Andres Mountains is a 1600-square-mile basin known as Lake Otero. During the last ice age, rain and showmelt carried gypsum into the basin from the San Andres Mountains to the west and the Sacramento Mountains to the east. As Lake Otero evaporated and changed from a lake to a playa, left behind were concentrations of selenite, the crystalline form of gypsum. Freezing and thawing broke the large crystals into progressively smaller chunks, finally turning them into sand. The tiny grains are picked up by the wind and blown eastward, eventually forming the famous white sand dunes.

The process continues down to the present day, as water settles in a 10-square-mile area called Lake Lucero. 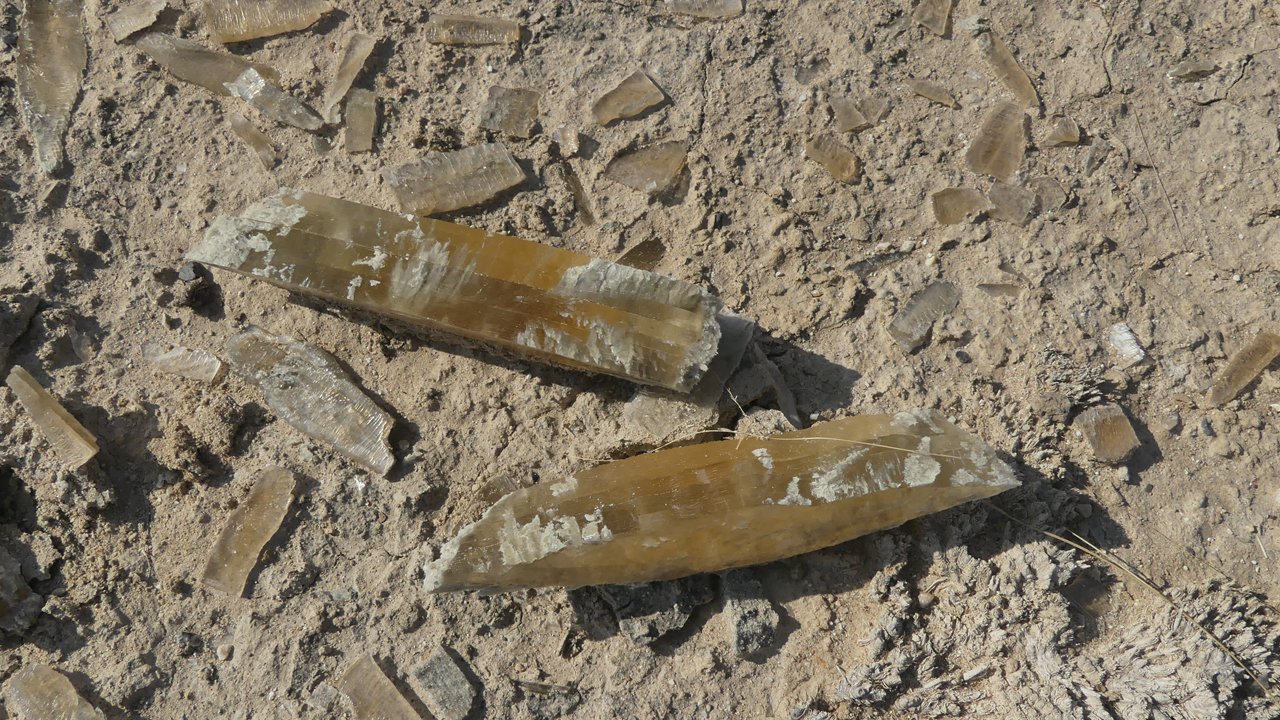 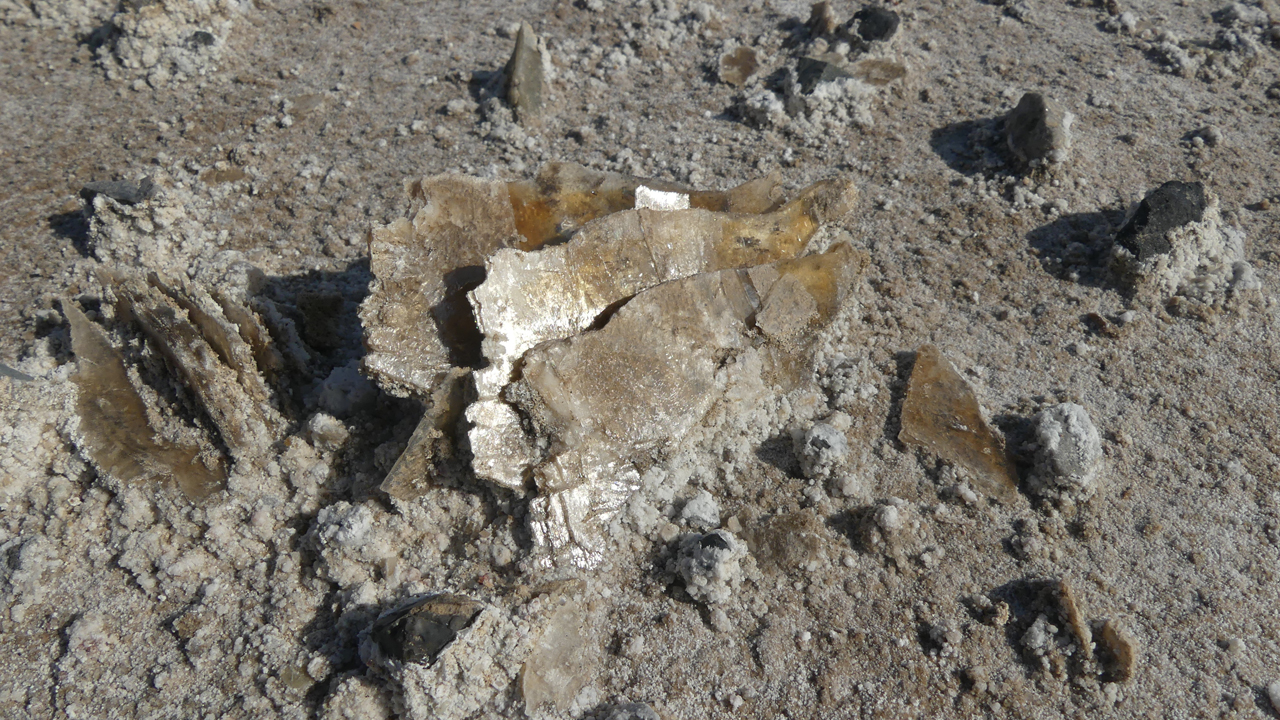 The trail to Lake Lucero passes steep gullies where selenite crystals have been exposed by erosion of the floor of Lake Otero. 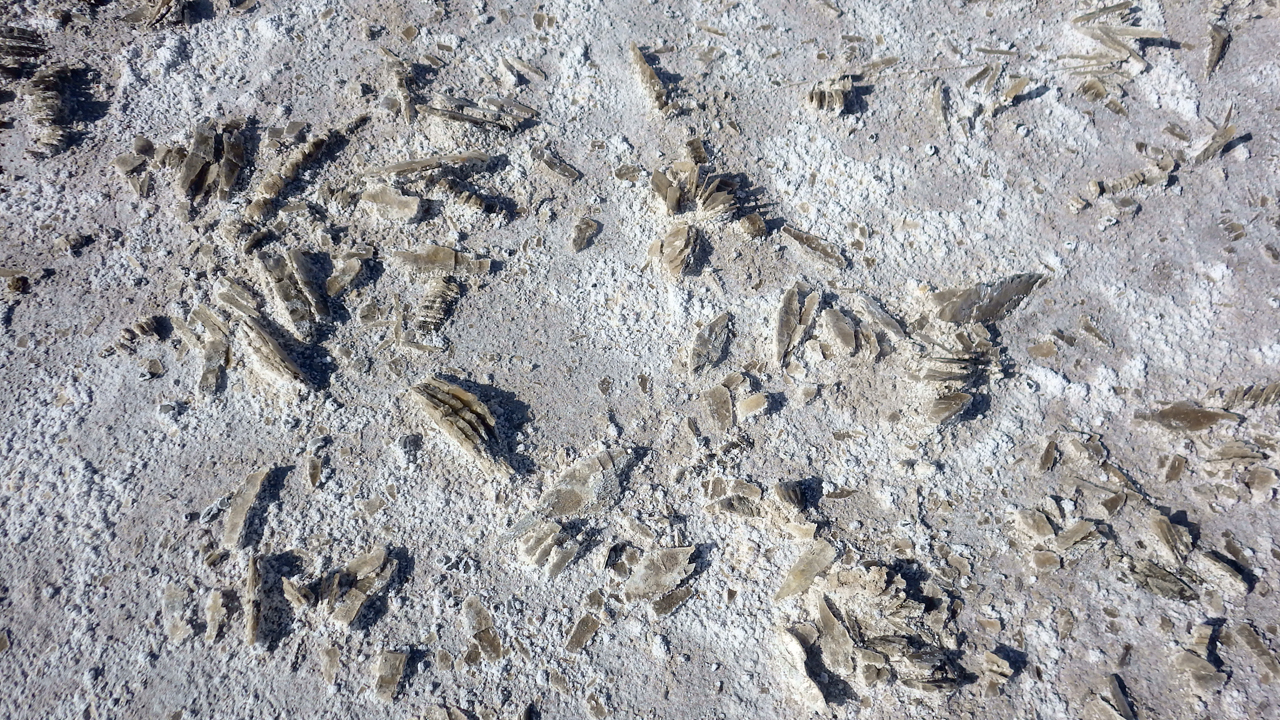 Over time, they turn white as they collide and scratch each other in the wind. 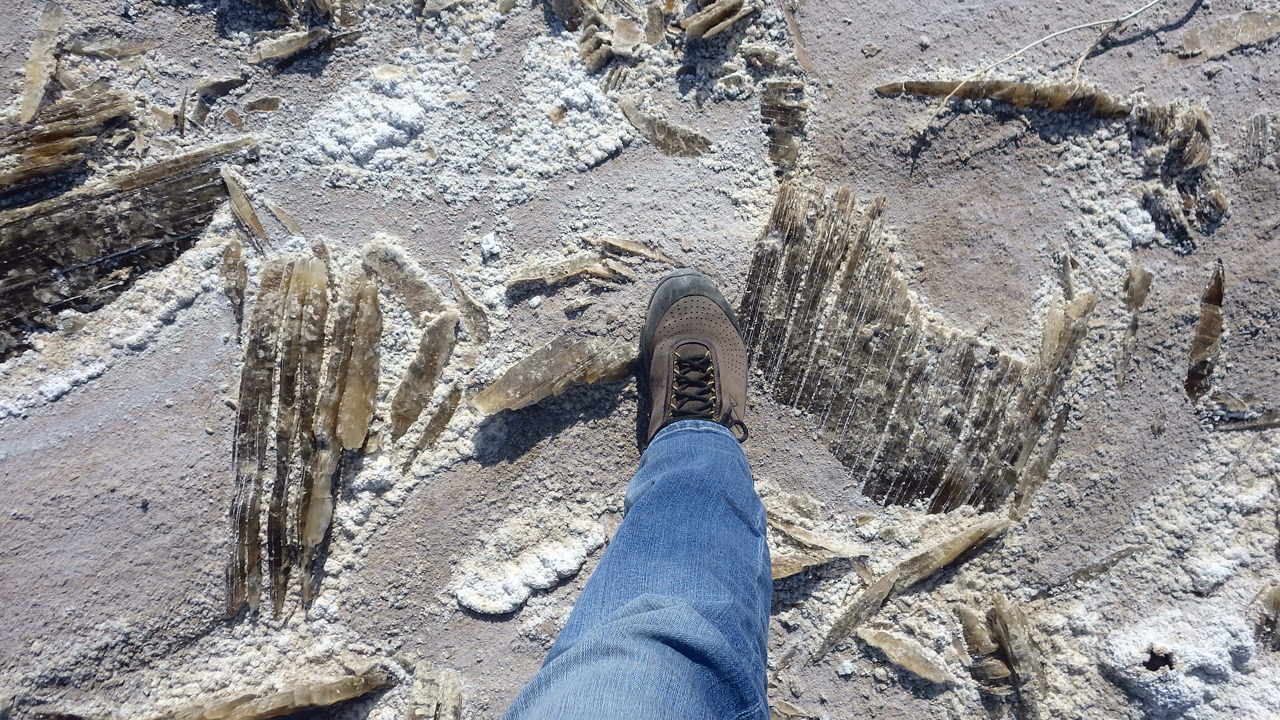 The resulting scratches reflect white light, and the sand is also whitened as it is dried by the wind and sun.

We hustled to the mouth of a small wash to search for the largest crystals. 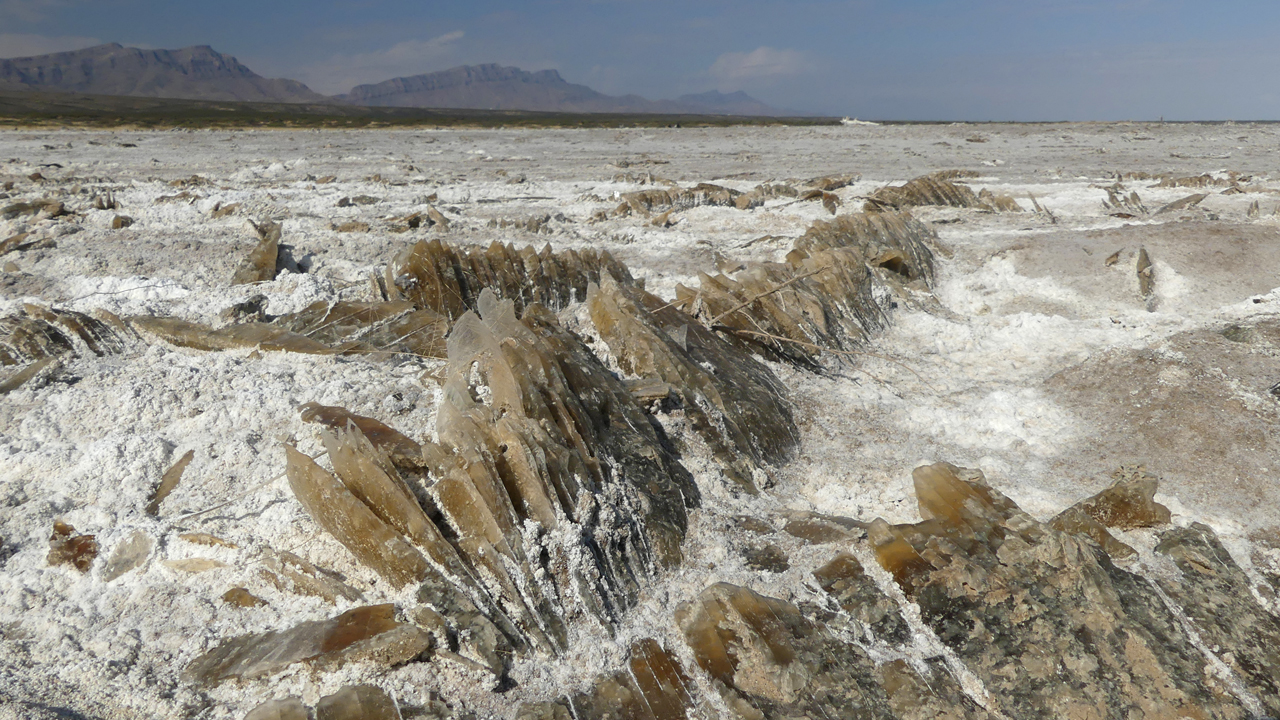 Some of them were up to two feet long! 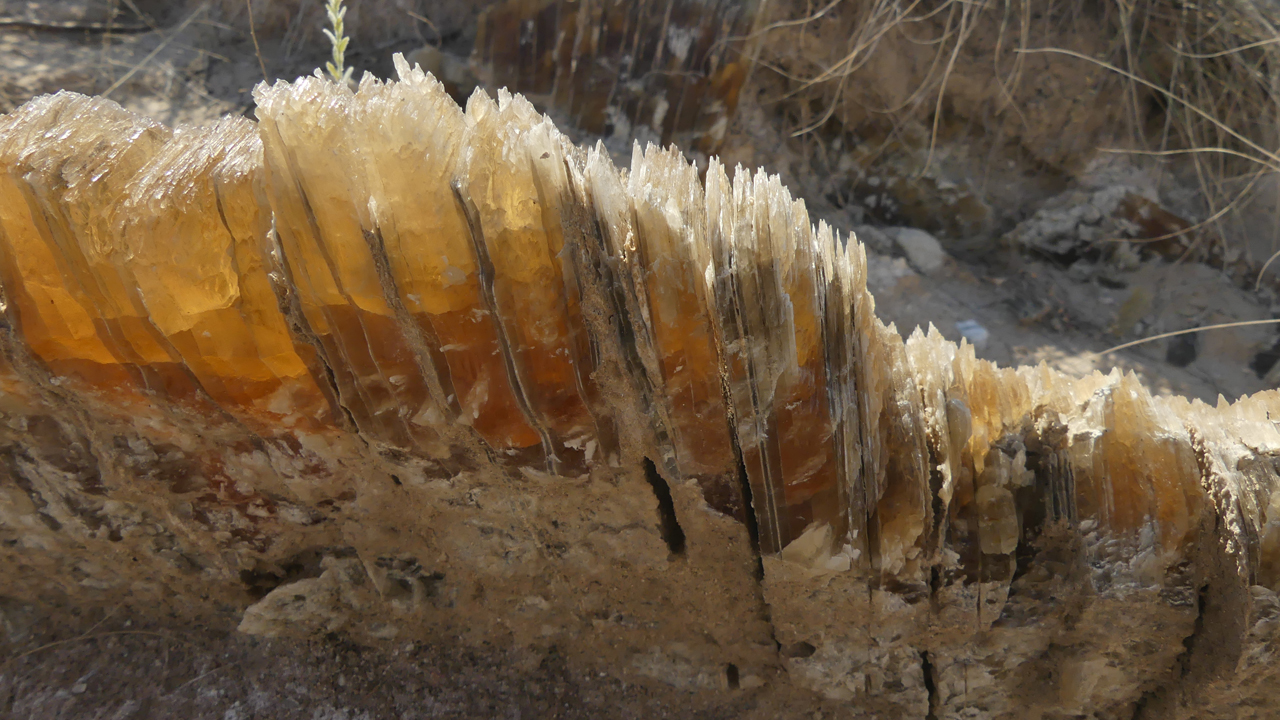 The crystals are slightly translucent with a lovely amber hue. 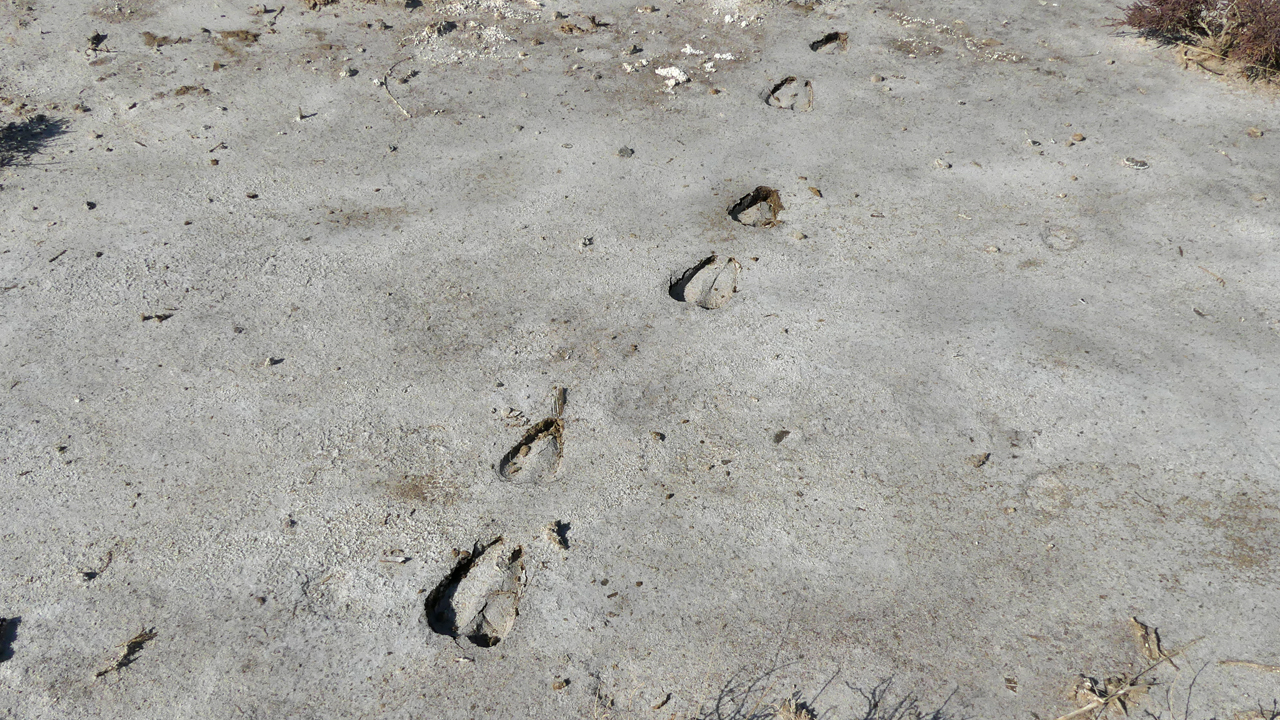 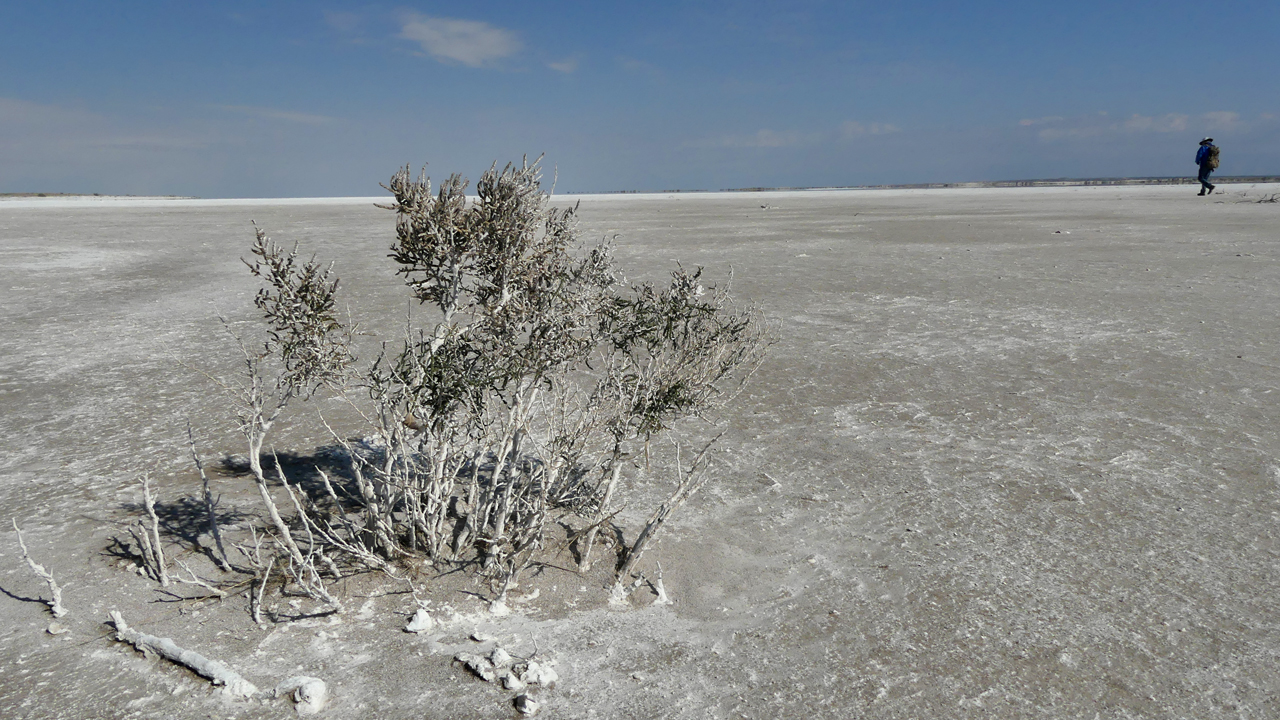 Salt-encrusted shrub near the water's edge, with Dennis in the distance.

Of course we were summoned back to shore, after wandering quite a distance from the tour group. Me and my tracks in the increasingly slippery mud.