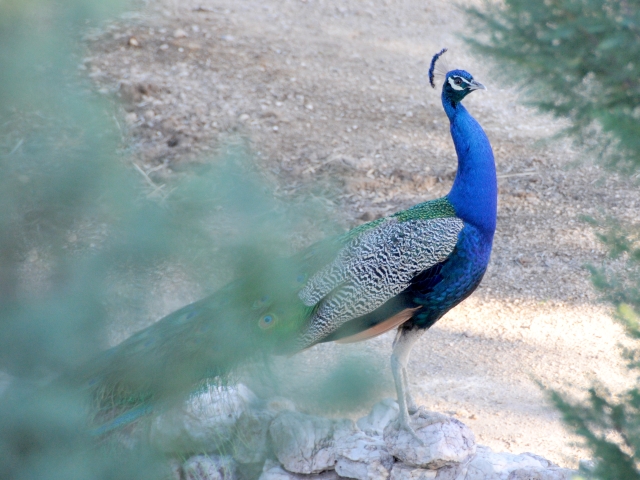 It's been a while since we hiked Chiricahua Crest, between an unpleasant encounter with a bear in 2006, and the discovery last year that the Crest Trail is popular with coyotes and drug mules. However, when Tucson temperatures hit 100° the first week in May, the cool green ridges called out, and we returned to Chiricahua Crest with Jim, Jacki and Lily. 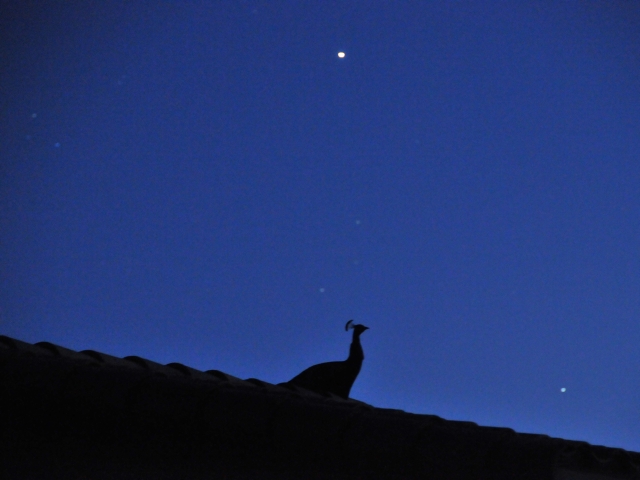 We camped in Jim and Jacki's yard the night before the hike so we could keep an eye on their other house guest: a strapping young adult peacock who showed up at their place Easter Sunday.

Petey was apparently abandoned when neighbors who raised pea fowl skipped town. There's no telling how long he wandered in the desert until he found greenery, quail block and a ready-made fan club at Jim and Jacki's.

I stayed up half the night watching that exotic silhouette on the garage roof where he roosts, four-foot-long tail carefully draped across the peak of the roof.

The answer to your questions are 1) yes, nearly four miles and 2) 18 pounds. 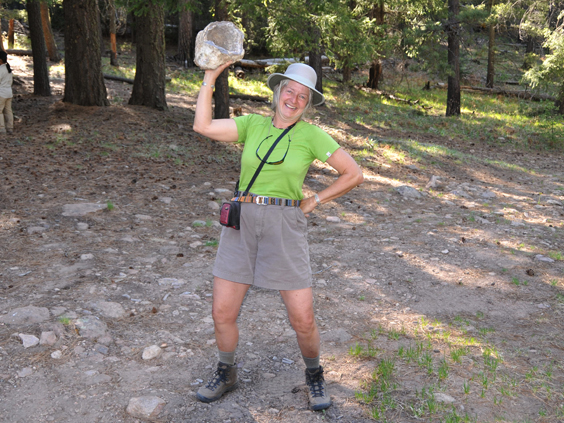