Dennis and Marion Get Hitched

THEIR BIGGEST ADVENTURE EVER! 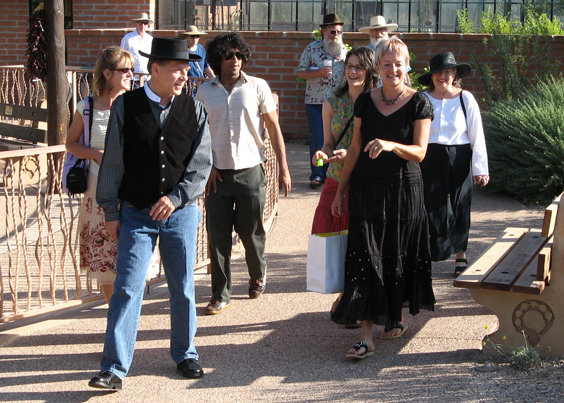 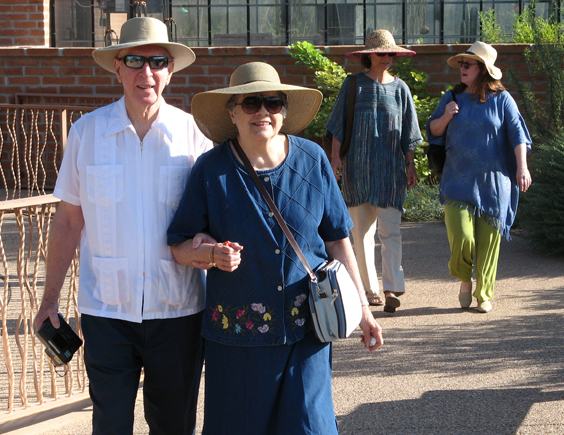 Walter, Florence and the Two Anns 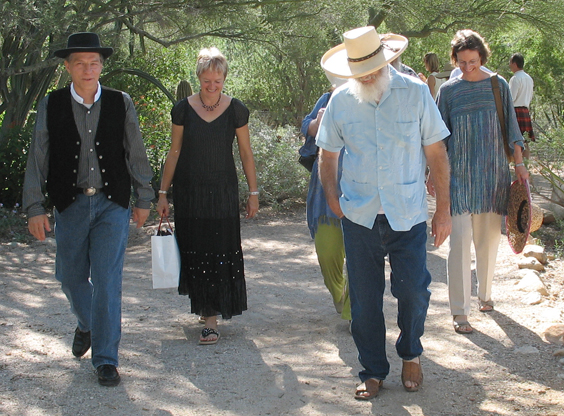 It was a Monsoon Wedding after all... 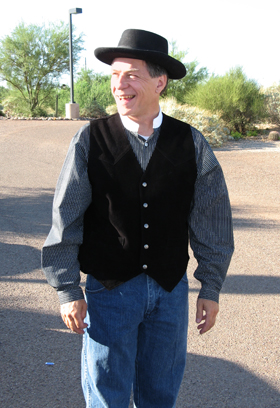 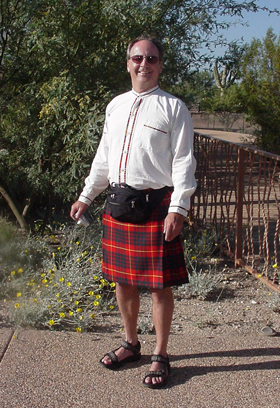 Everyone was there! The Sheriff of Tucson, the Kilty Party, 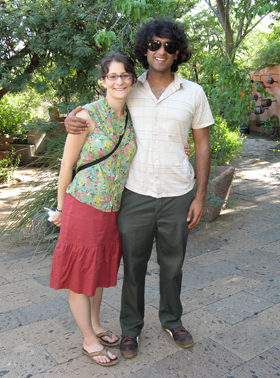 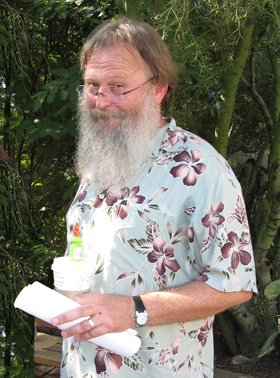 Jamie and Arul, and Marryin' Tom the Minister, 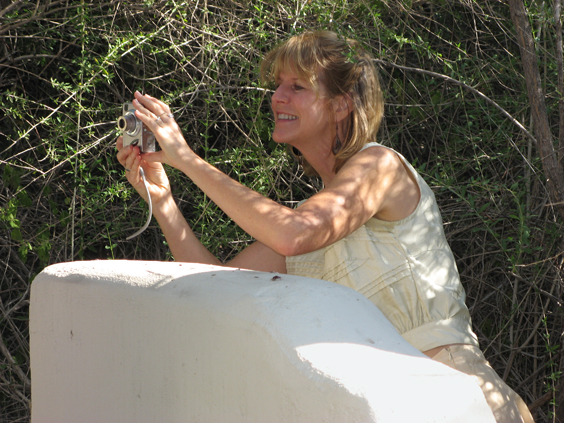 and the Leading Lady! 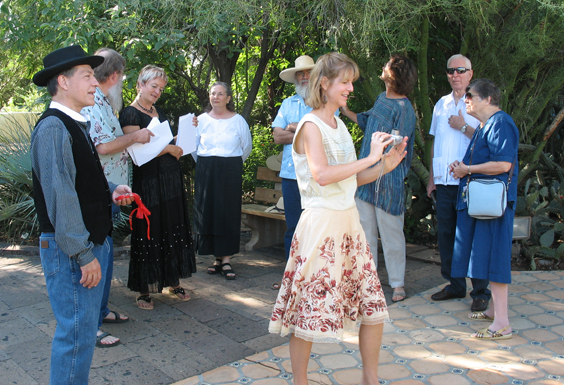 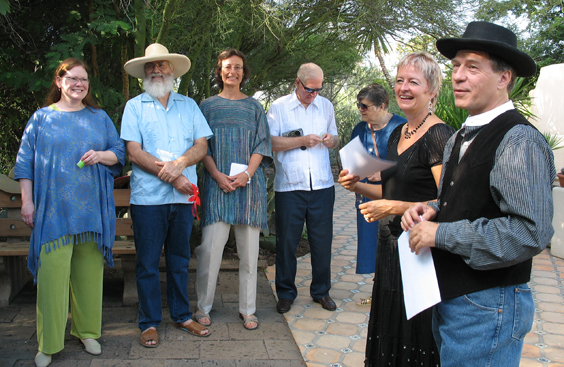 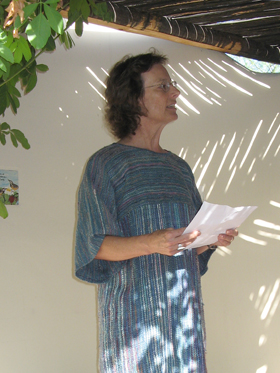 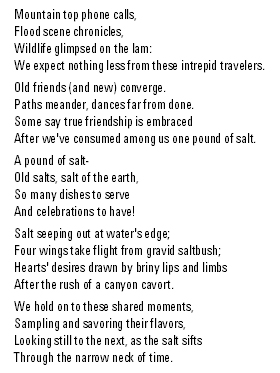 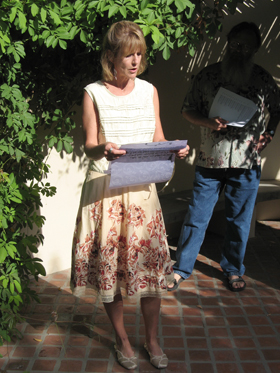 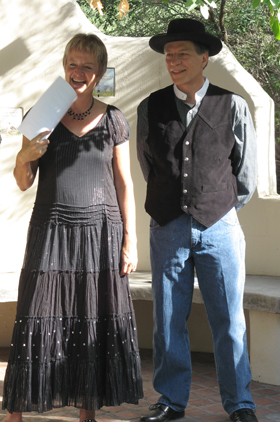 Kathy recalls the night Dennis and Marion met. She should know, she was there -- and she still doesn't believe that's his real hair! 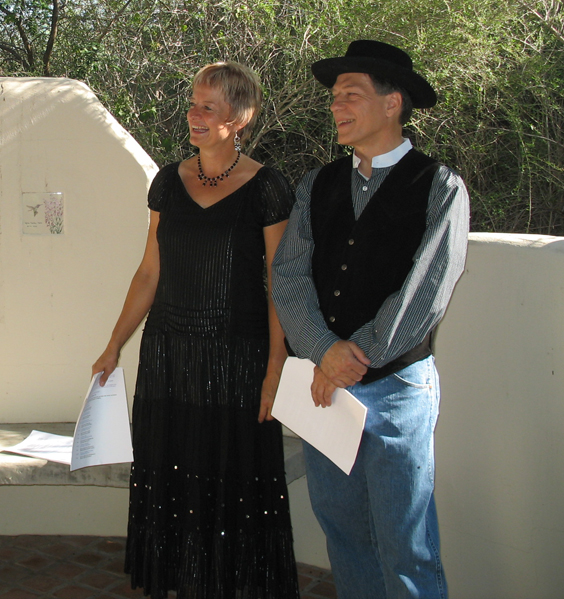 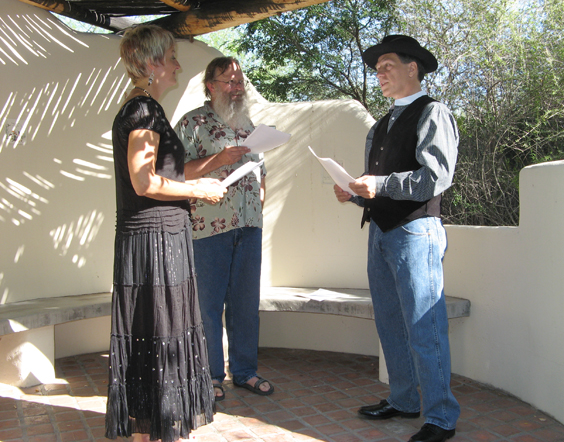 "I'll indulge both flats and spats, and be a father to her cats." 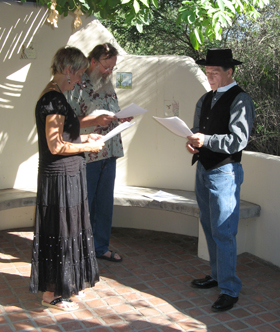 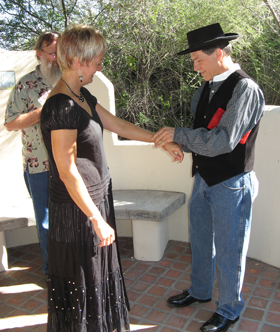 "You may now cuff the bride." 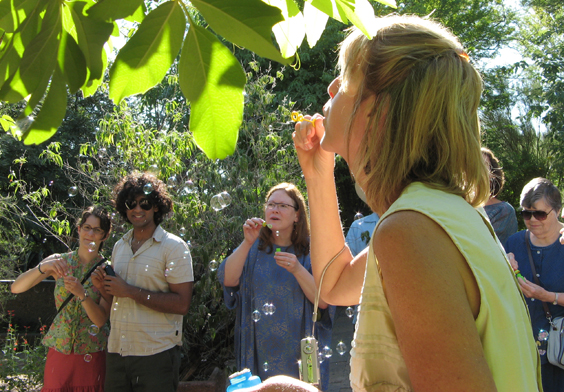 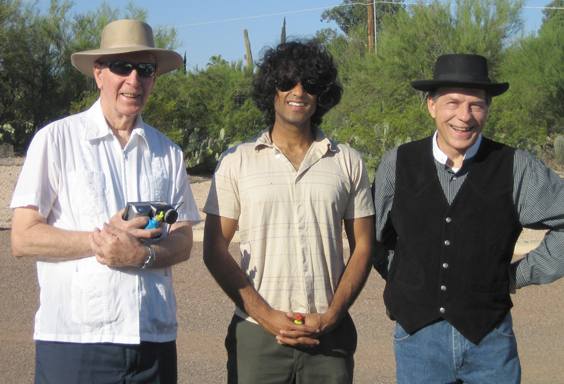 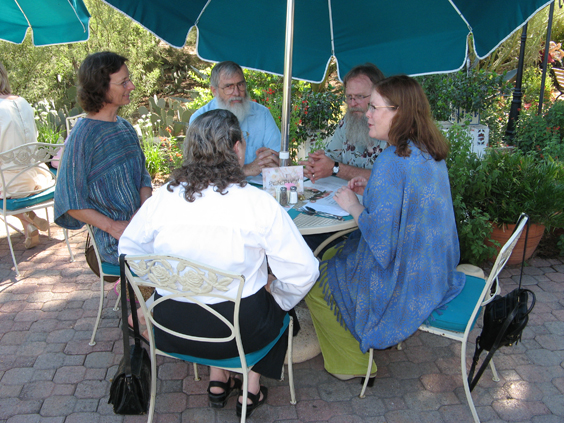 Brunch on the patio at the Tea Room 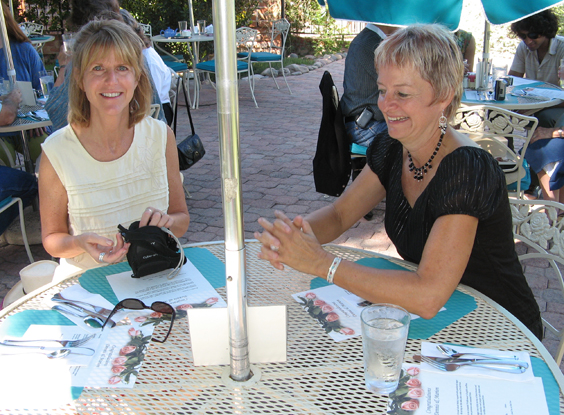 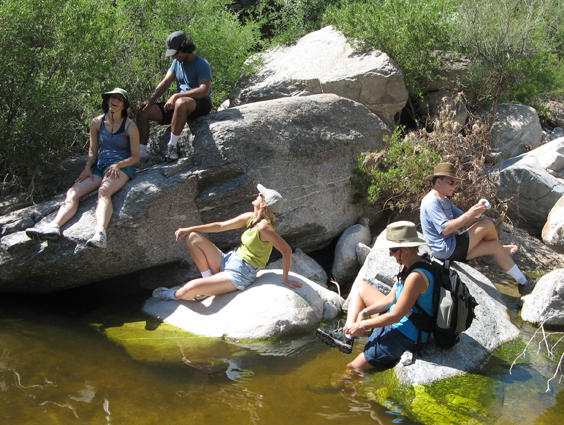 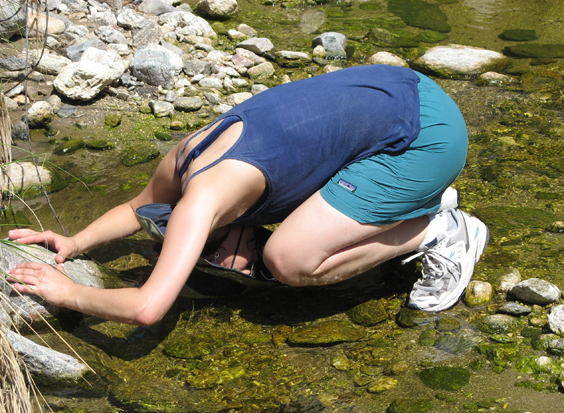 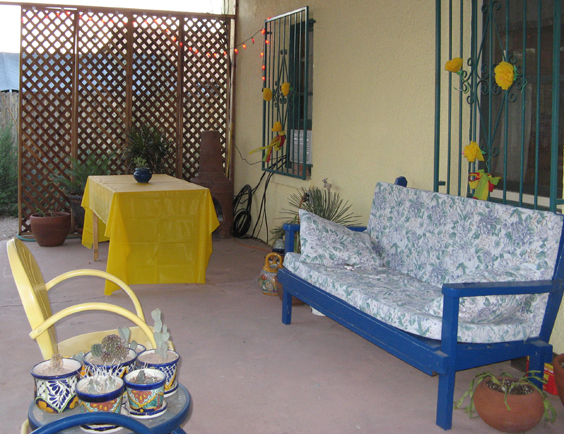 All dressed up and ready to party, thanks to Deborah, Barb, Diana and Susanna 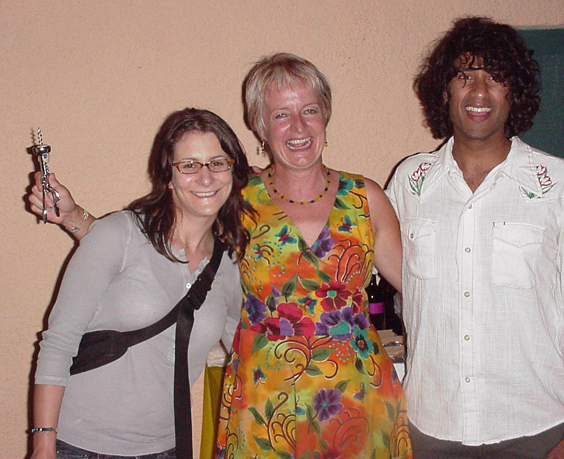 Later that night at the Mud Tent ... 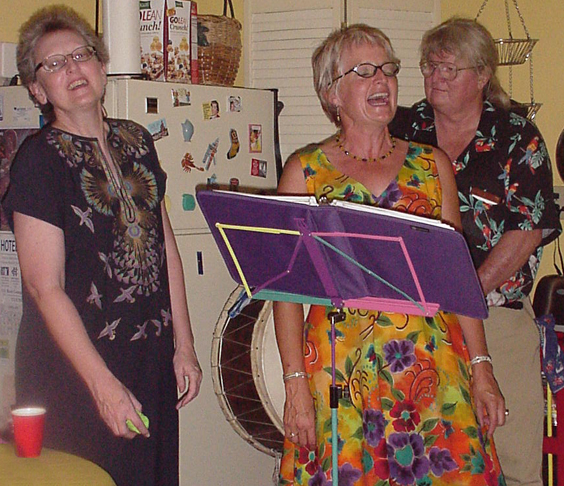 Barb and Marion wail while Lynn bangs on a drum

This wedding was made wonderful by our dear friends and family members: