We loved last November's trek to Chiricahua Crest, so this year we thought we'd try a loop trail while the weather is warm and the streams are flowing. 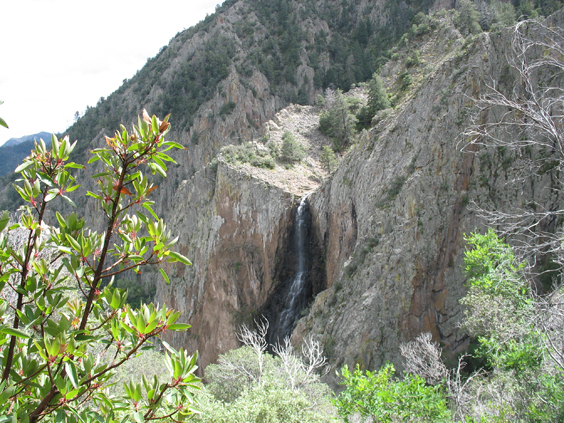 Greenhouse Trail 268 begins near Herb Martyr Dam and climbs 3420 feet in 6 miles to Cima Park. From there you can pick up the Crest Trail and return via Snowshed Trail for a loop of about 14 miles in length. 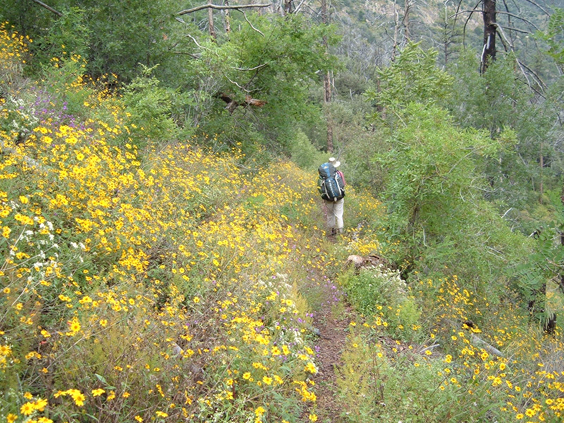 The trail follows an abandoned road along Cima Creek for the first 1½ miles. At the wilderness boundary the road narrows and begins switchbacking up a heavily burned ravine. 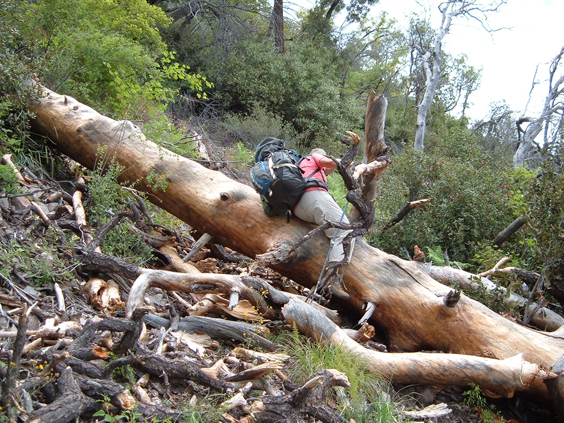 There were lots of downed trees, and after the wettest monsoon in 26 years, the trail was nearly obscured by waist-high sunflowers and burning nettle. 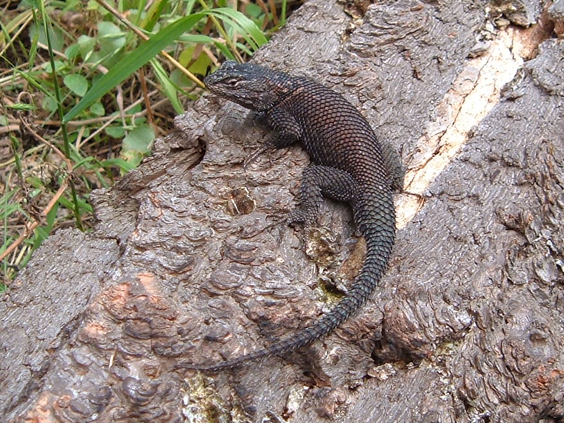 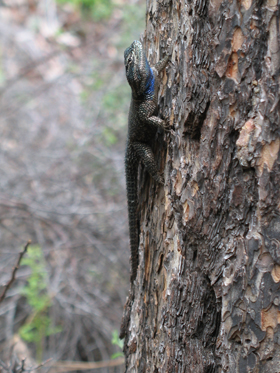 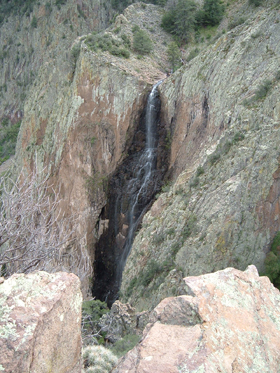 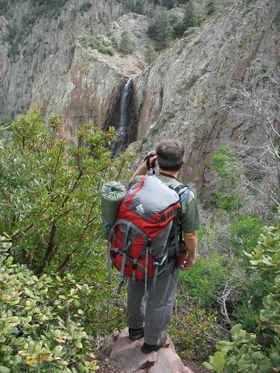 The switchbacks approach vertiginous as you near Winn Falls, the main attraction on this otherwise desolate wilderness trail. The falls spill over the lip of a ridge and tumble 365 feet down a nearly vertical cliff face. Only the top of the falls is visible from the trail. 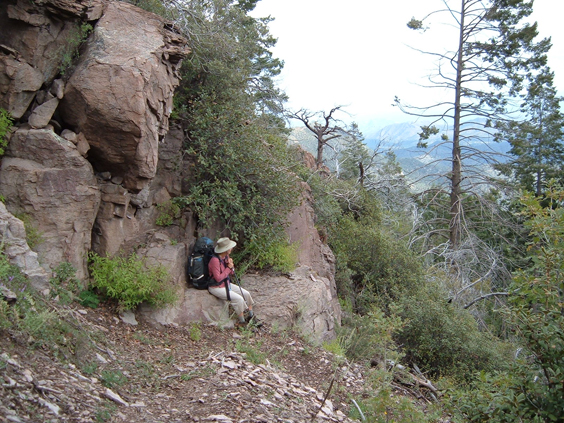 Above the falls, the switchbacks are not quite so steep and there are finally some distant views of the rusty backbone of the Chiricahua Mountains to compensate for the constant uphill grind. 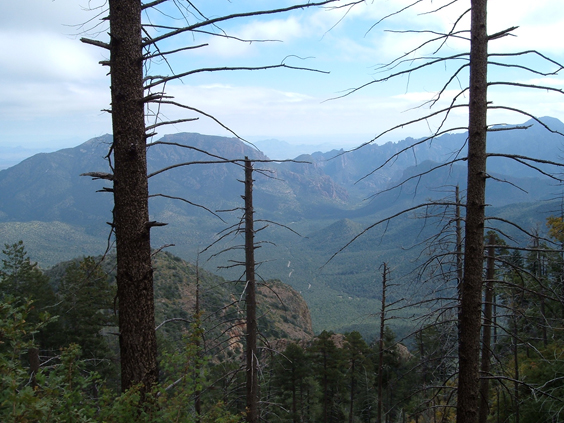 At the 8000-foot mark we began to feel the combined effects of altitude and a sustained climb. When the trail joined Cave Creek and degenerated into a soggy scramble through a brush-choked streambed, we knew we wouldn't make it to Anita Park by dark. 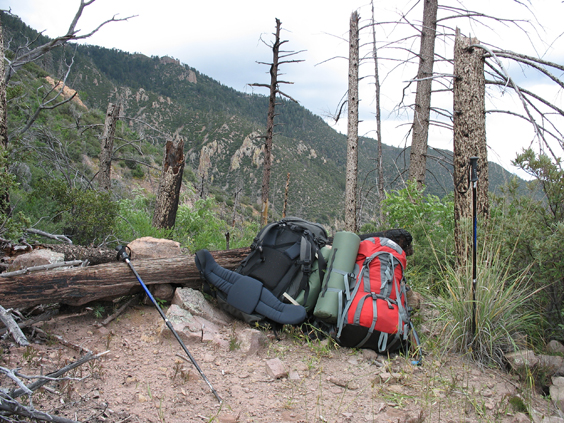 We thought camping next to Cima Cabin was the next best thing, where at least the porch roof provided some protection from the pouring 0% probability of precipitation. 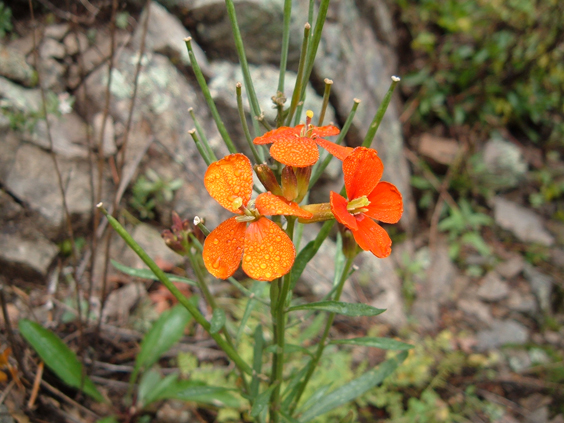 Mistake! We should have realized that careless campers had left enough trash to entice every critter within five miles. 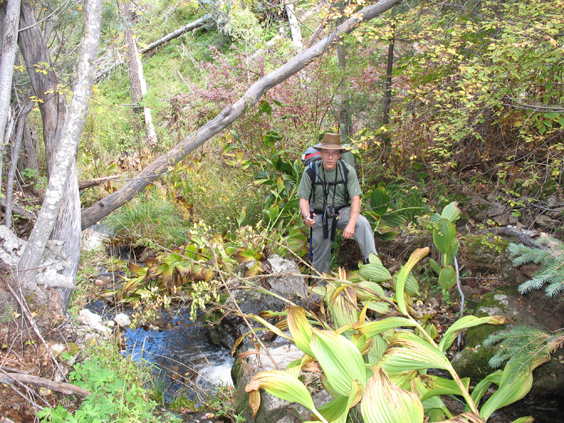 The packrats didn't give us a minute's peace, and SOMETHING VERY LARGE was prowling around the campsite. In the morning we found muddy paw prints at eye level and huge claw marks on nearby trees and buildings. 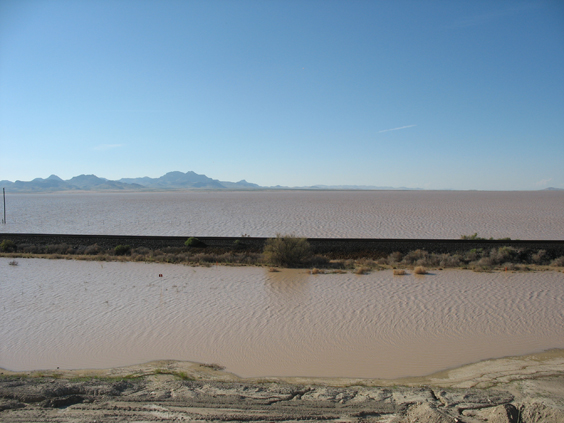 We couldn't get off that mountain fast enough! Four hours later and safely ensconced in the Taco Ma, we decided to soak away our sorrows at Faywood Hot Springs. Enroute we found a shimmering brown lake in the normally parched Playas Valley, turning the railroad into a Florida-style causeway. 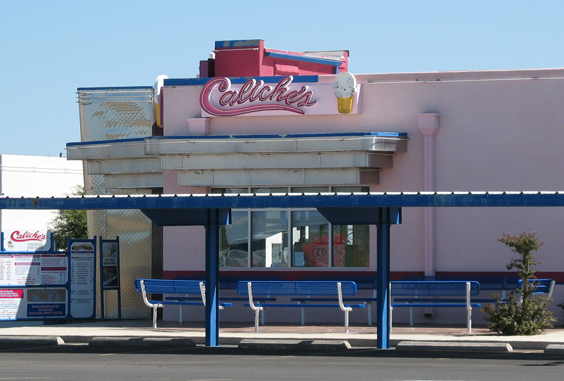 And speaking of strange developments, when did my cat open a diner in Deming, New Mexico? 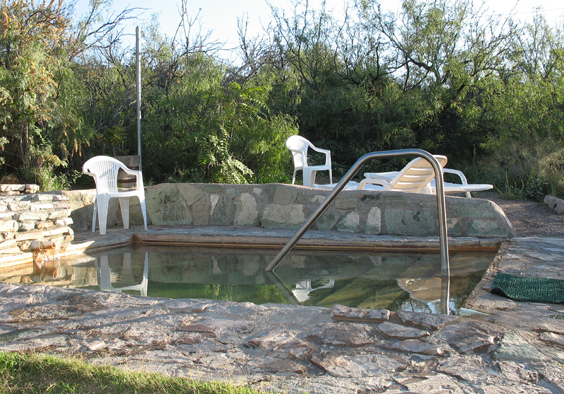 We found the hot springs as inviting as always, steam rising from the tubs while golden aspens dance in the breeze. 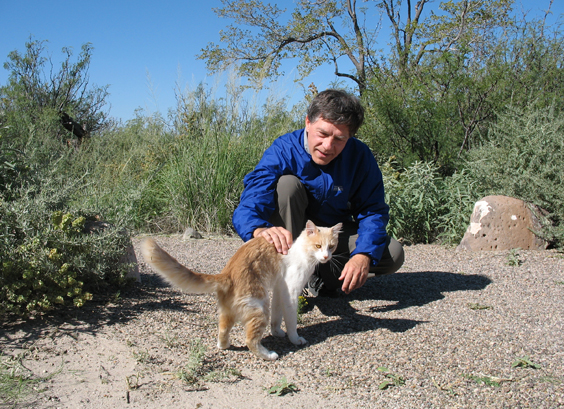 And as usual, every campsite comes with a friendly kitty cat. 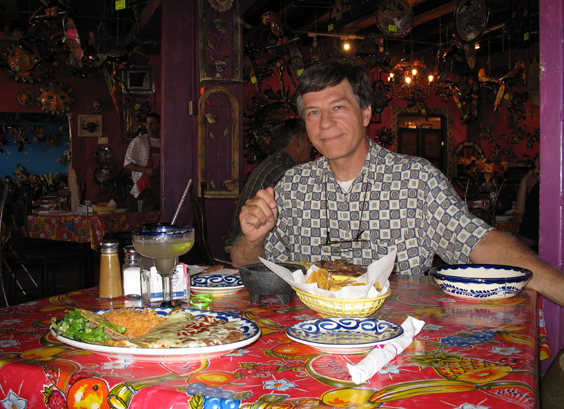 For the finale, margaritas and a great meal at La Tienda Rosa in Palomas, Chihuahua. All's well that ends well.