While we were in northern Arizona for the annual meeting of the Arizona Amateur Radio Council in Williams, we squeezed in a hike to Horsheshoe Mesa in the Grand Canyon. 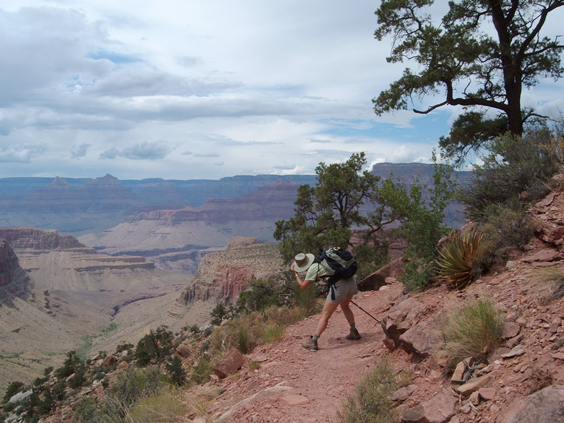 This hike has been on our list a long time, since it's one of the few "moderate" hikes in the area, dropping a mere 2600 feet in three miles from the rim.

We reached Grandview Point around noon, by which time the cool and clear morning had given way to thunderstorms and wringing wet humidity. But the play of light and shadow was inviting, so we slipped over the edge with our day packs and seven liters of water. 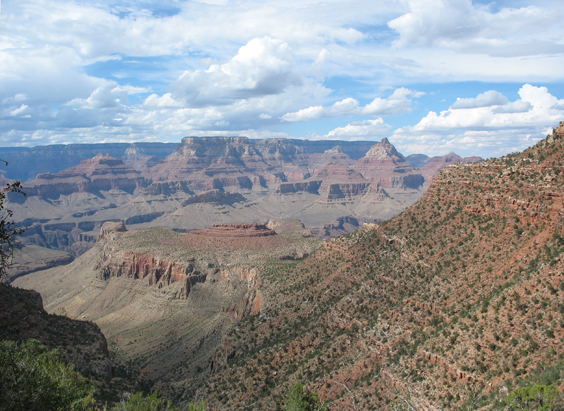 This trail is essentially a narrow shelf chiseled into a nearly vertical rock wall. The scenery changes constantly but is always spectacular. 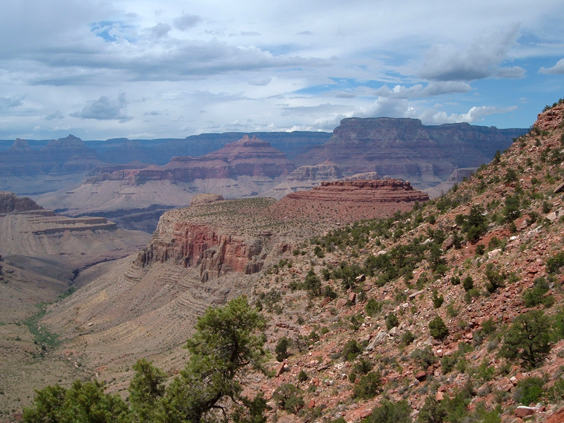 The weather held, and we made it to within a half mile of the mesa before broiling sun made us think hard about the return trip.

With more time, we would eagerly return for an overnight on the mesa toting our lightest gear.