Hamming it up at the Grand Canyon

We missed Field Day this year because Doug's Denali was getting a makeover. So we switched our annual campout to the September AARL VHF Contest, aiming for our preferred dispersed camping location just outside Grand Canyon National Park. In addition to great free camping, the area also boasts an excellent radio horizon. Dennis and I loaded the bikes, the cats and the radio gear into the RV and cruised easily to the GC, with one night at Homolovi State Park. Meanwhile, Doug was stranded by the side of the road near Black Canyon with a busted radiator (the one part they didn't replace). After five hours in the heat and $$$, he soldiered on. 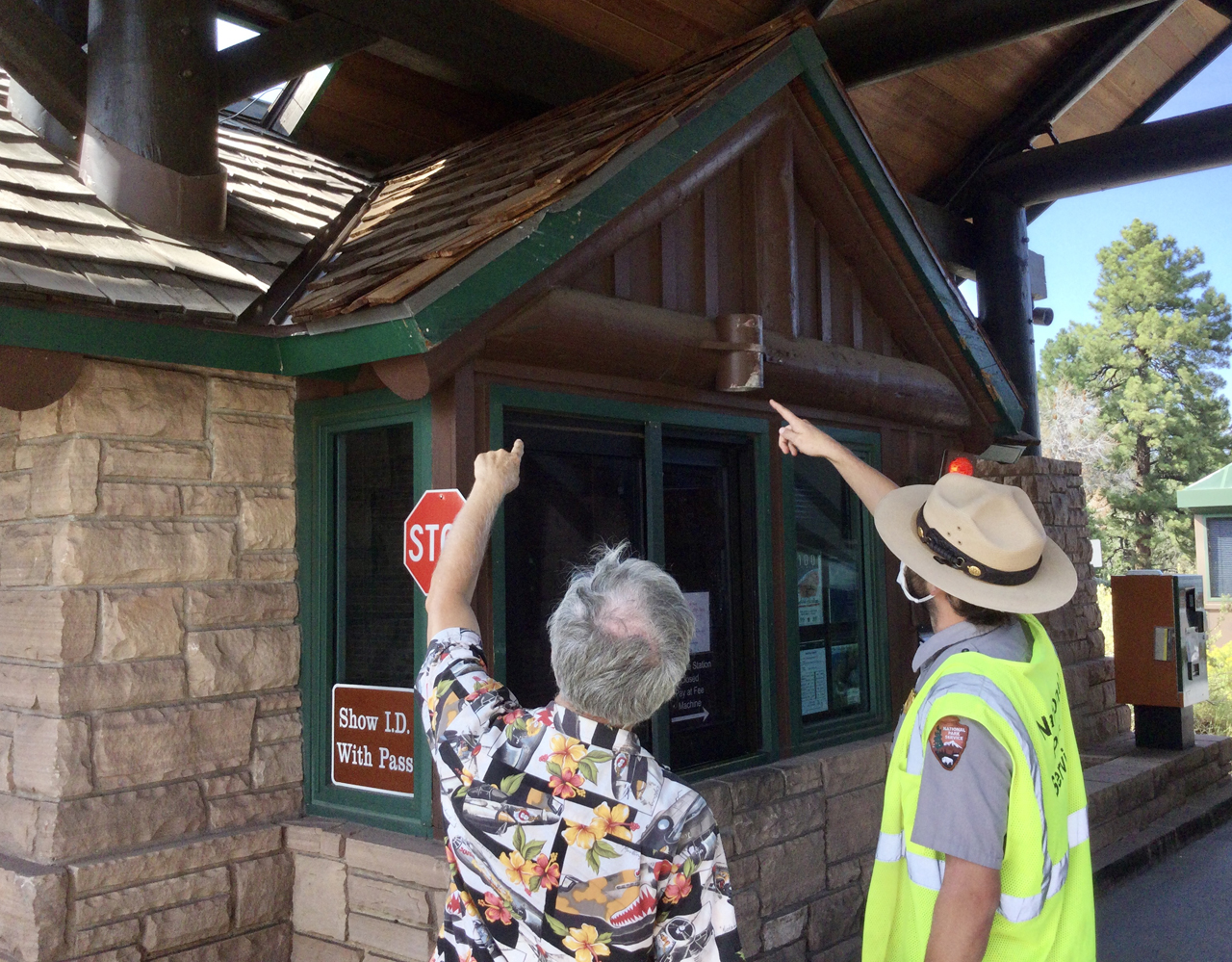 There were no long lines at the park entrance, but that didn't last long. As we pulled up to the window, the RV awning crunched the overhang on the old tollhouse roof. The rangers politely pulled us over while they closed the gate and we all waited for law enforcement. Luckily there was no serious injuries except to Dennis' pride! 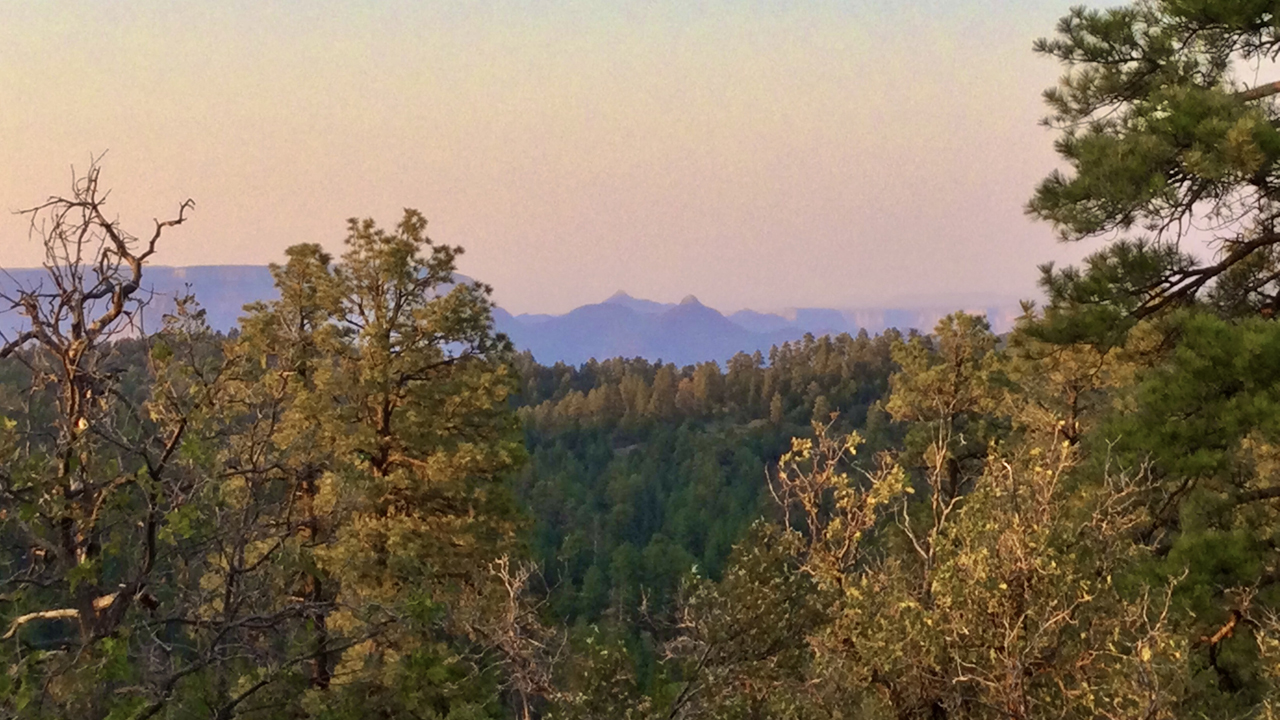 We were delighted to find that our preferred camping area in still blissfully quiet and uncrowded. We took our usual sunset walk to smokey smokey view from Vishnu Overlook. 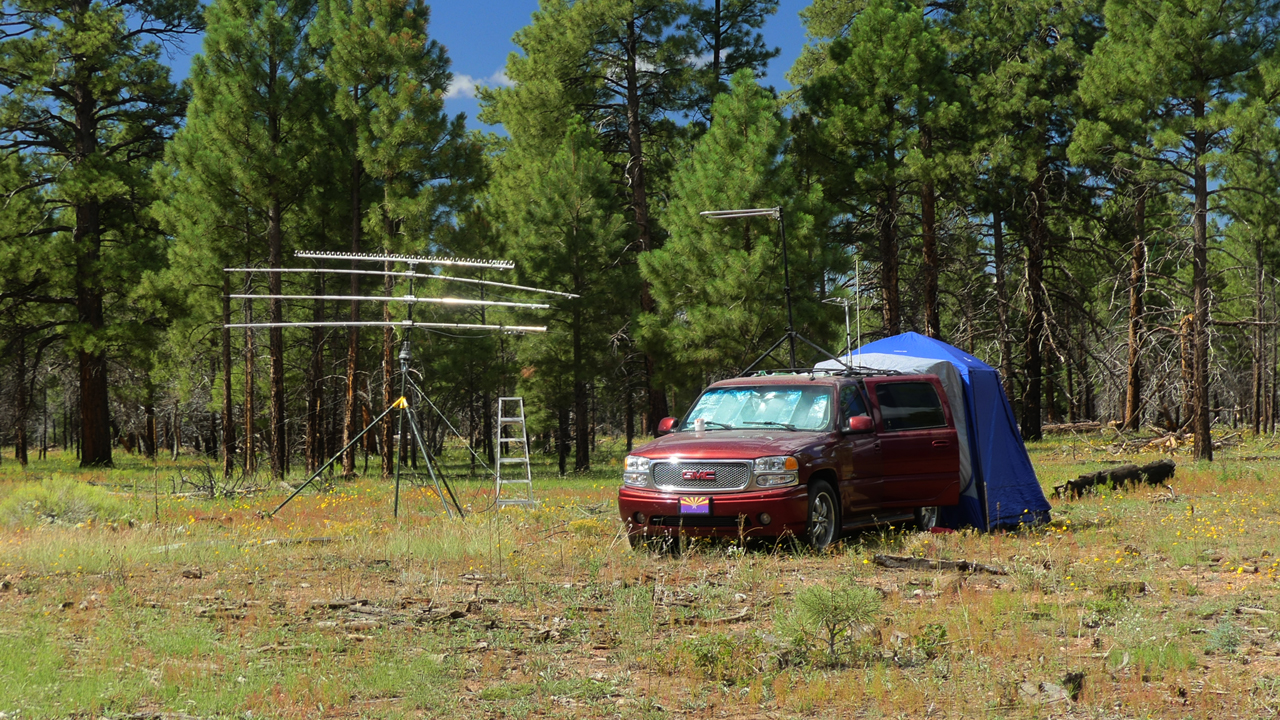 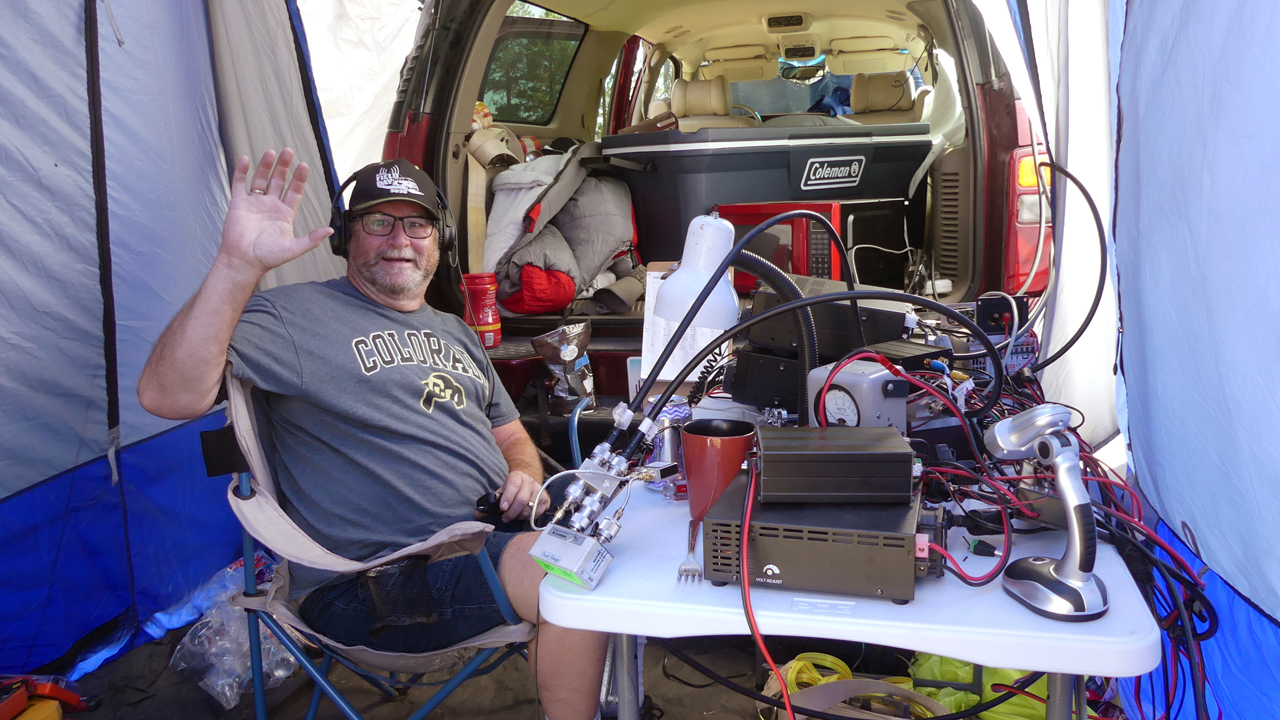 Doug in his station, packed to the Gill(iam)s with radios, microphones, antennas, rotors, cables and control boxes. 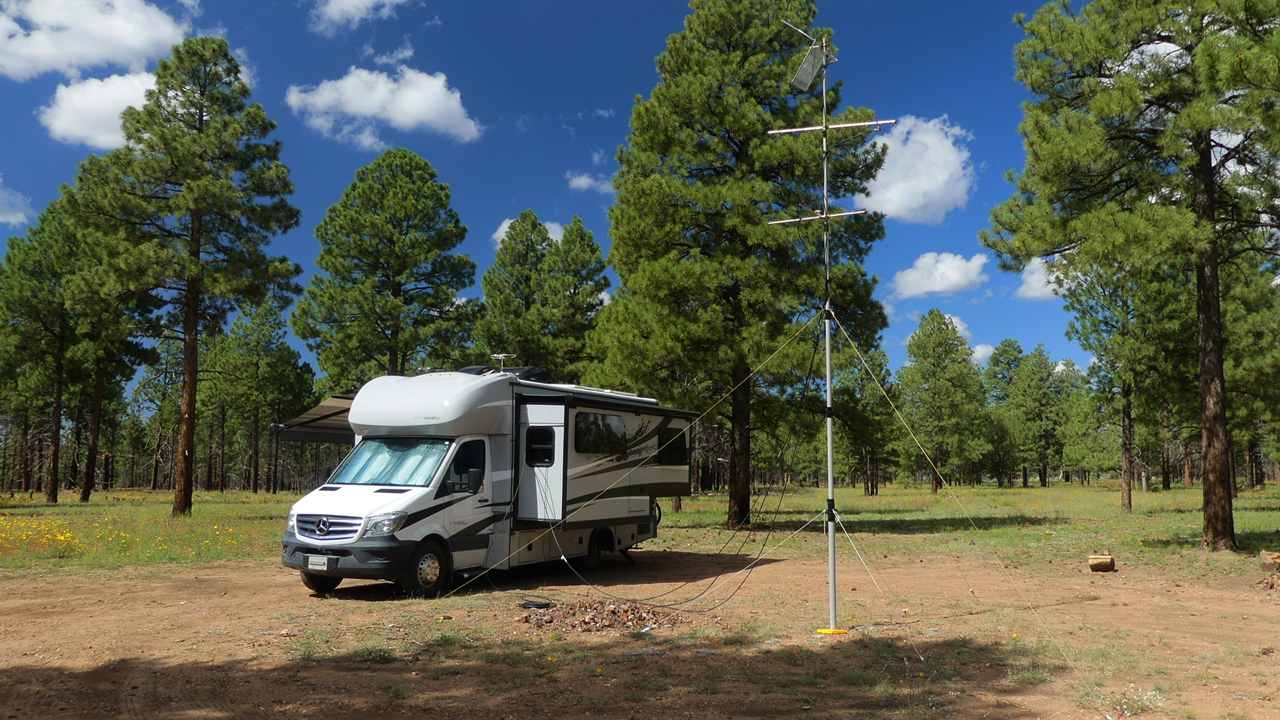 And here's our setup, complete with the new "corner reflector" Dennis designed and built. 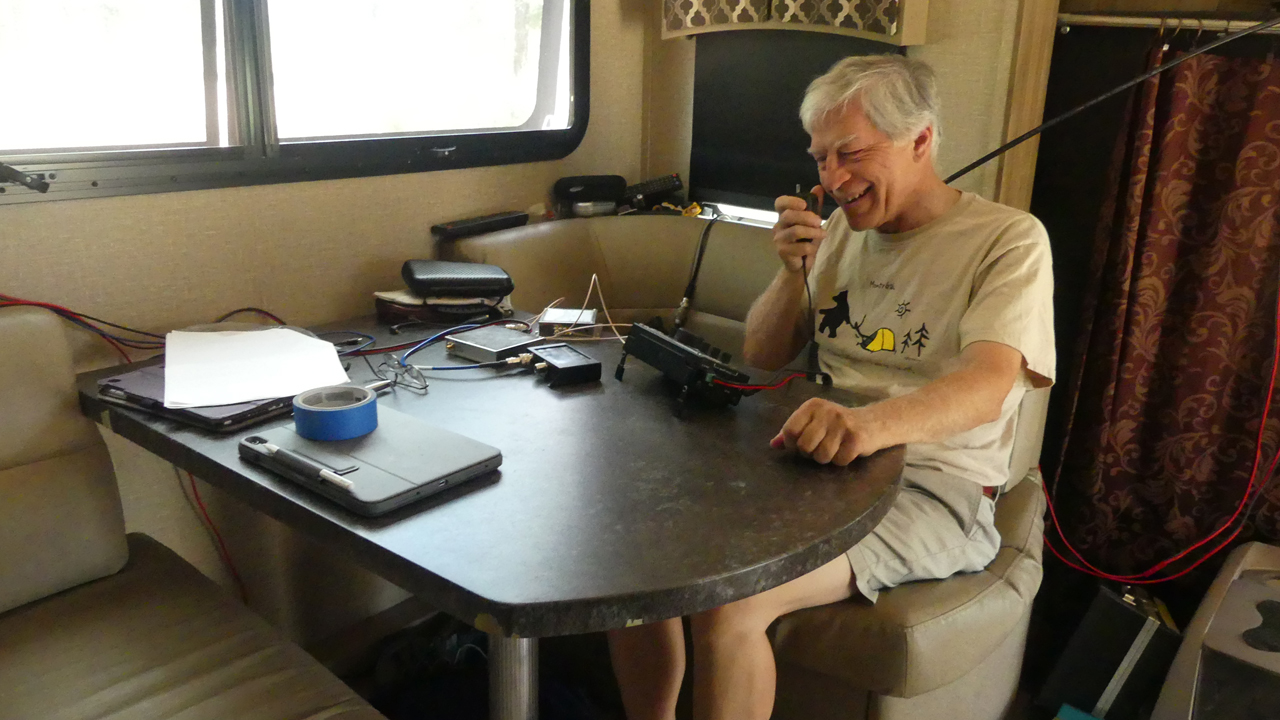 Dennis at his station. 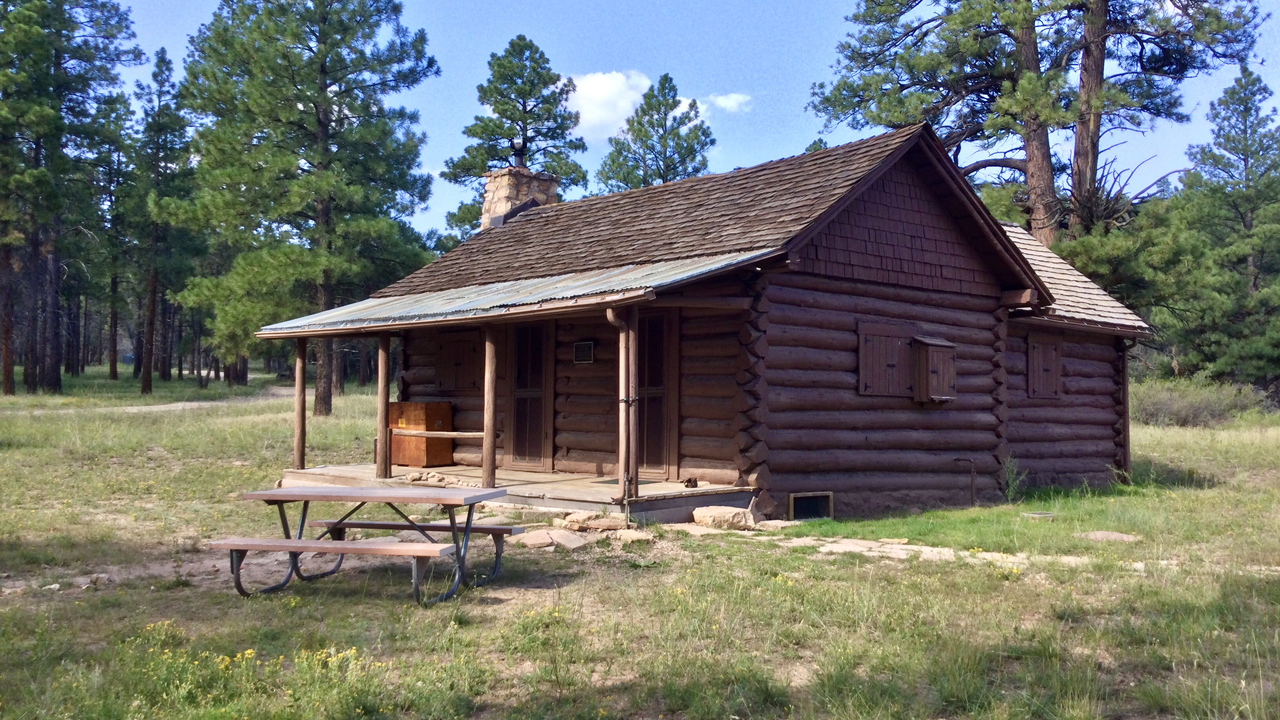 Of course we don't spend all our time playing radio. On Thursday, Dennis and I took a morning bike ride to Hull Cabin. It was built in the late 1880s by the Hull Family, sheep ranchers who branched out into prospecting and were among the first to take in tourists heading to the Grand Canyon. 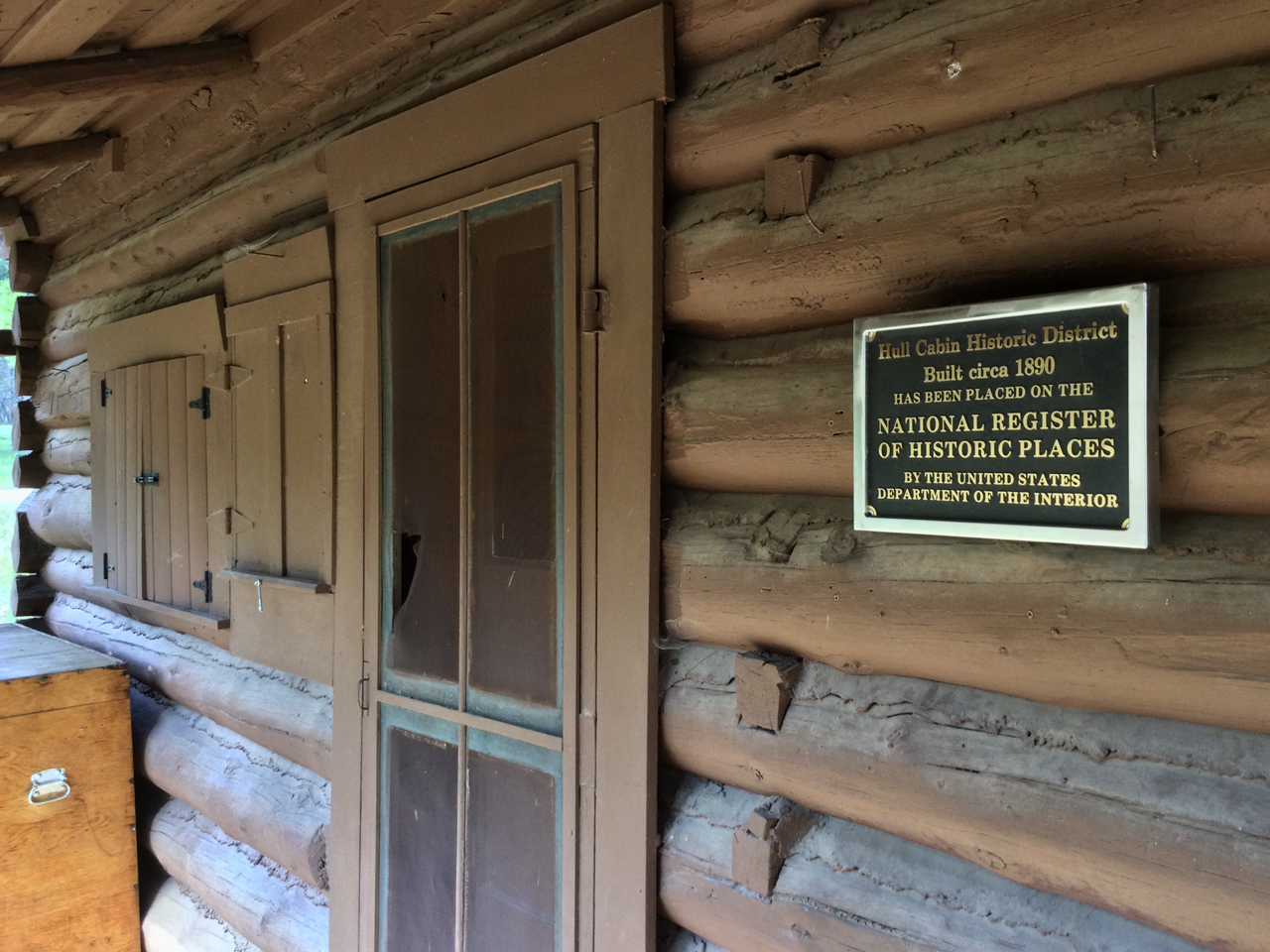 The cabin later served as headquarters for the Tusayan National Forest, which administered the Grand Canyon Area from 1907 until the creation of the national park in 1919. Tusayan was incorporated into Kaibab National Forest in 1934, with Hull Cabin serving as the headquarters until 1940, when operations were moved to the Moqui Ranger Station near Tusayan. 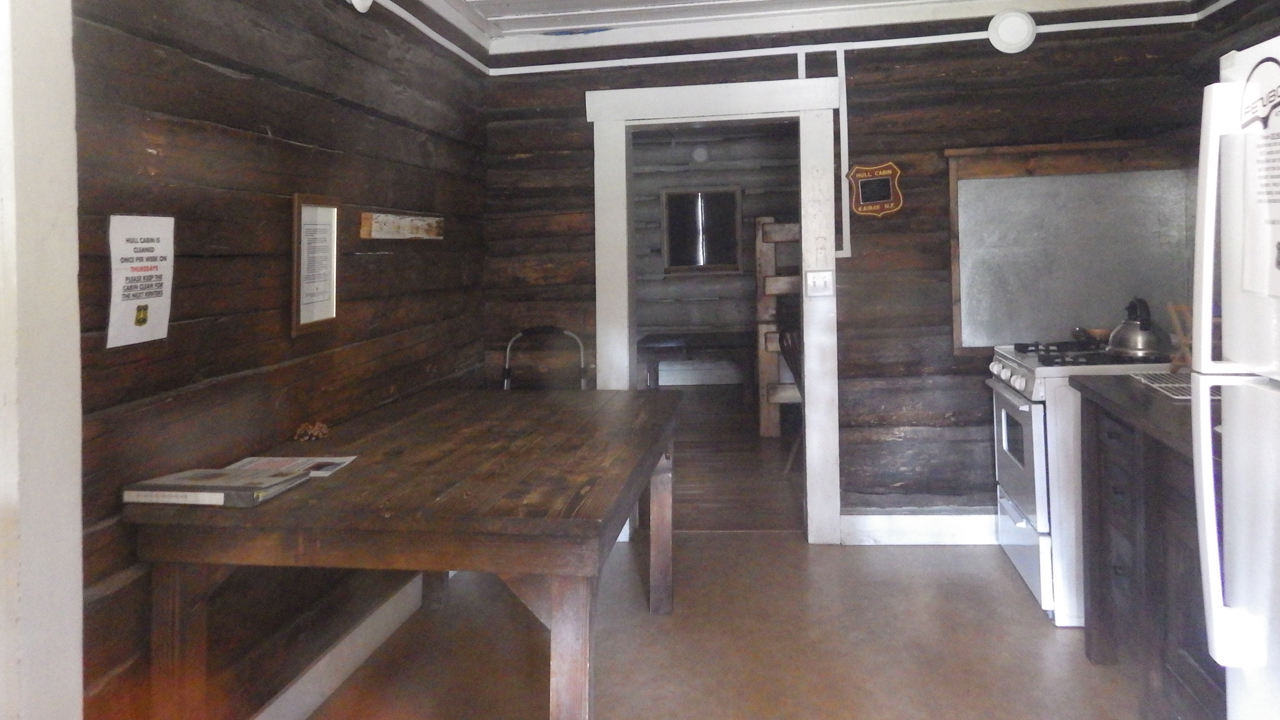 The cabin sleeps six and is available for rent through recreation.gov. 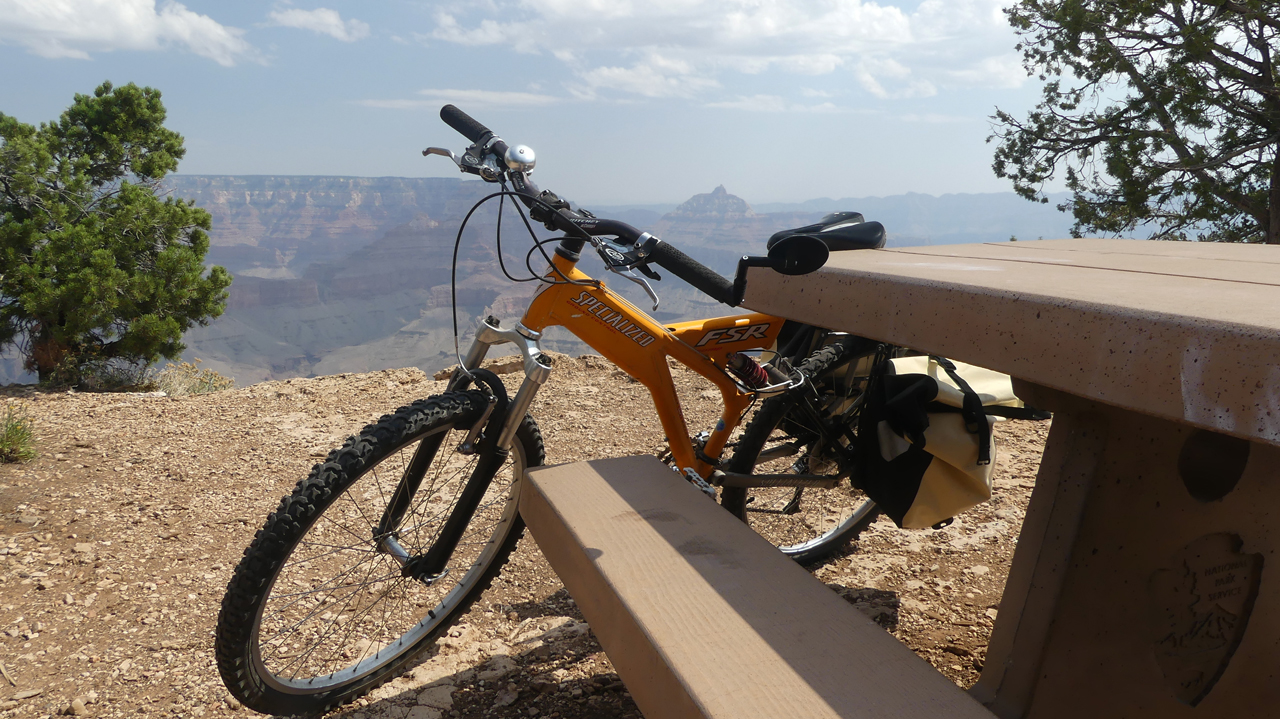 Friday was supposed to be my day to bike the South Rim. Dennis dropped me off at the Shoshone Point trailhead, but I soon learned that there are no trails on this end of the Canyon (don’t believe Open Cycle/Open Hiking Map). I ended up bike-whacking through the pine cones on an abandoned Forest Service Road, which dumped me out on US 180. Well, I always wanted to pedal that very nice paved trail to Tusayan! But I blew a tire on the way back, so I pushed the bike 2½ miles to Grand Canyon Village, where Dennis plucked me from the porch at Bright Angel. 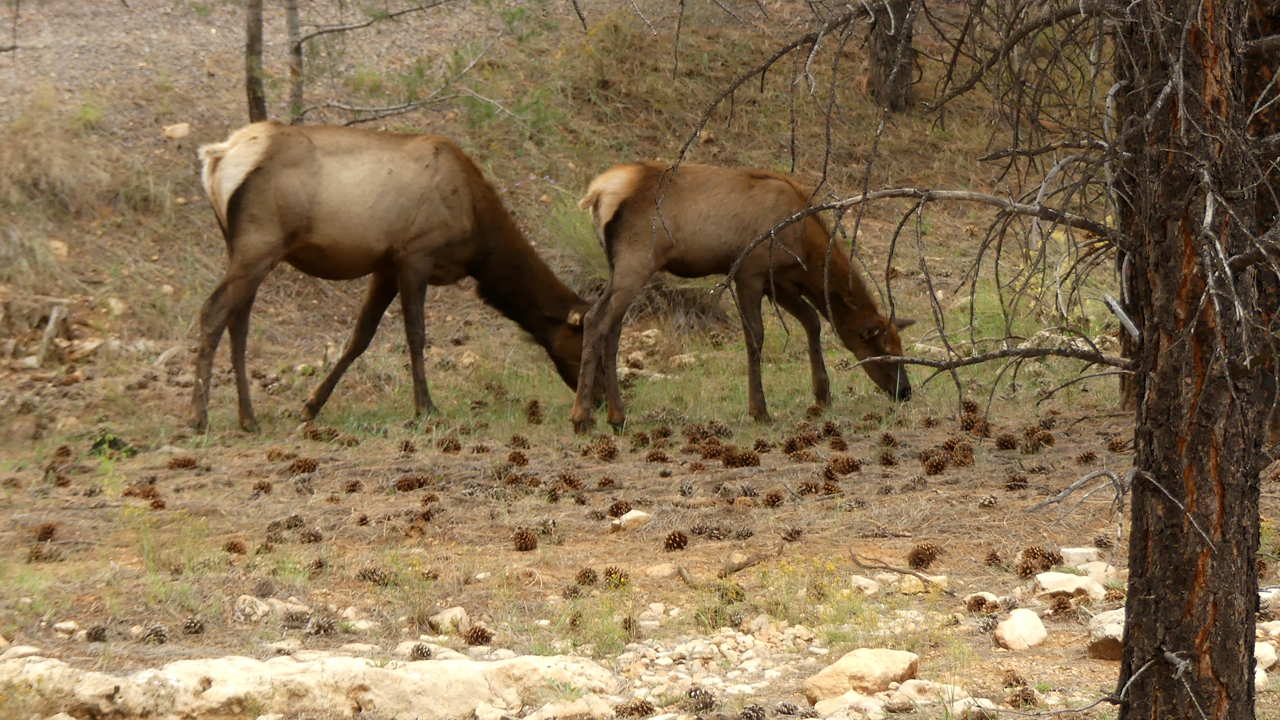 I saw plenty of elk along the way, as well as passing by the corral for the Grand Canyon mules. 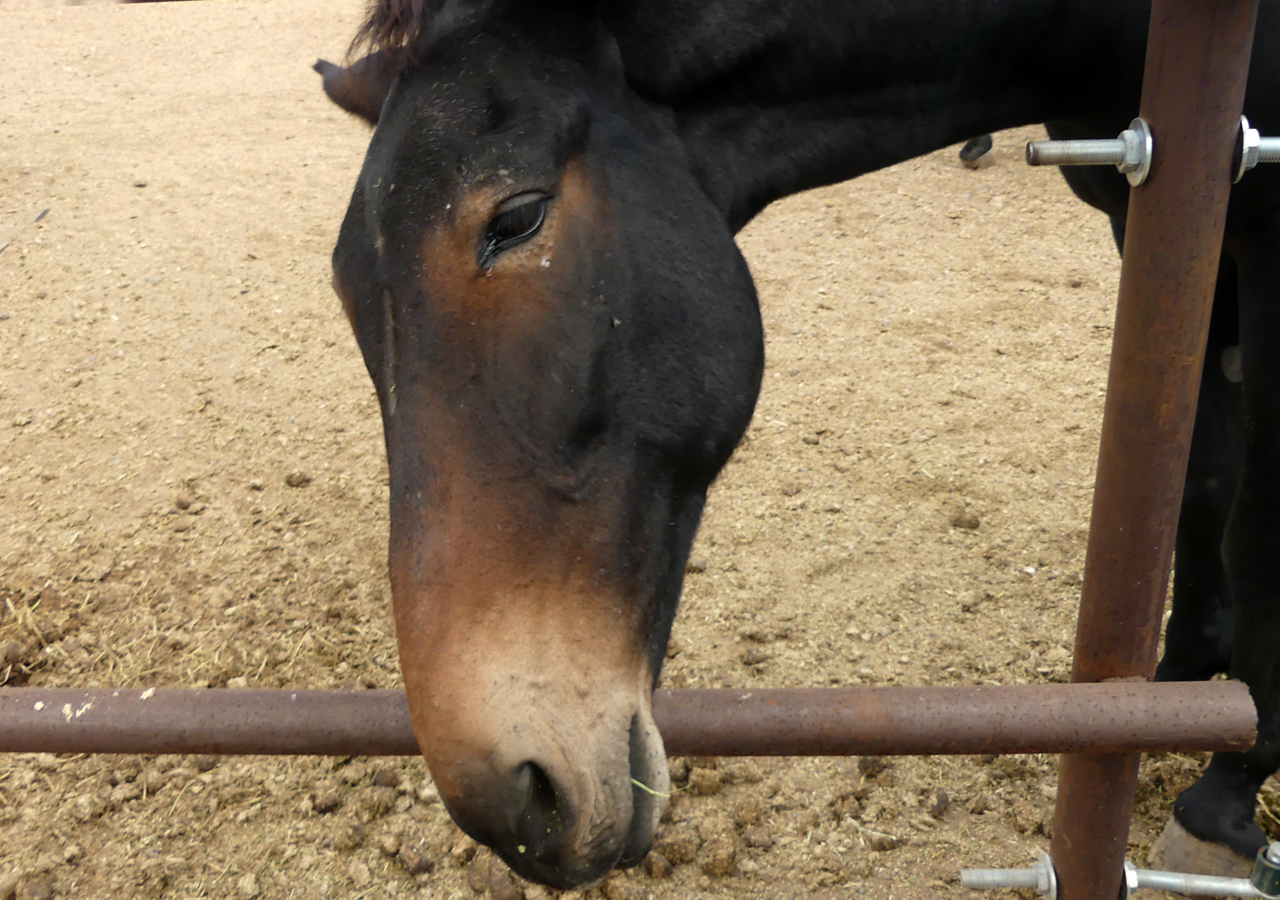 "Got anything for me?" 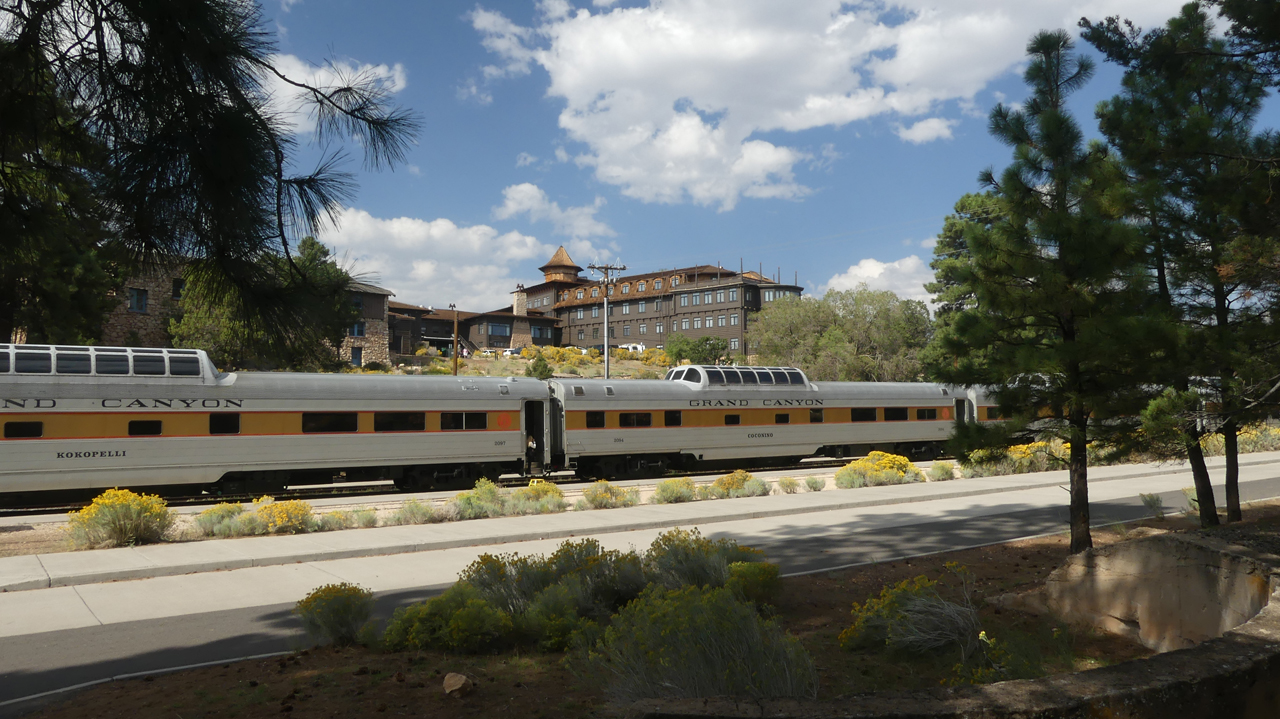 I pulled into the Village just as the Grand Canyon Railway was spitting and huffing on the tracks, ready to roll south, with El Tovar in the background.

Back in camp, it was definitely time for a bath. Or at least a shower! 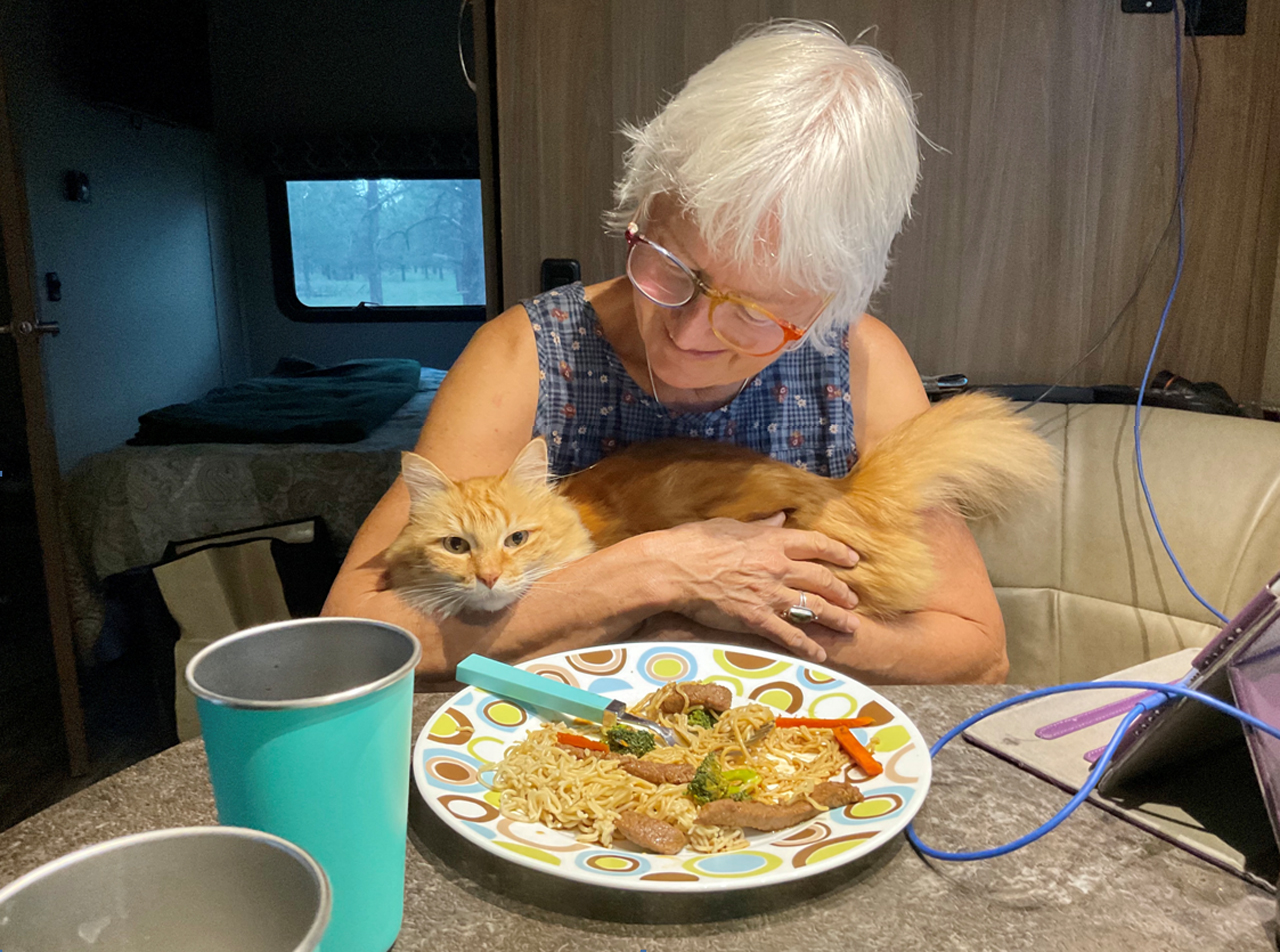 Dinner that night was served with a side of red cat. 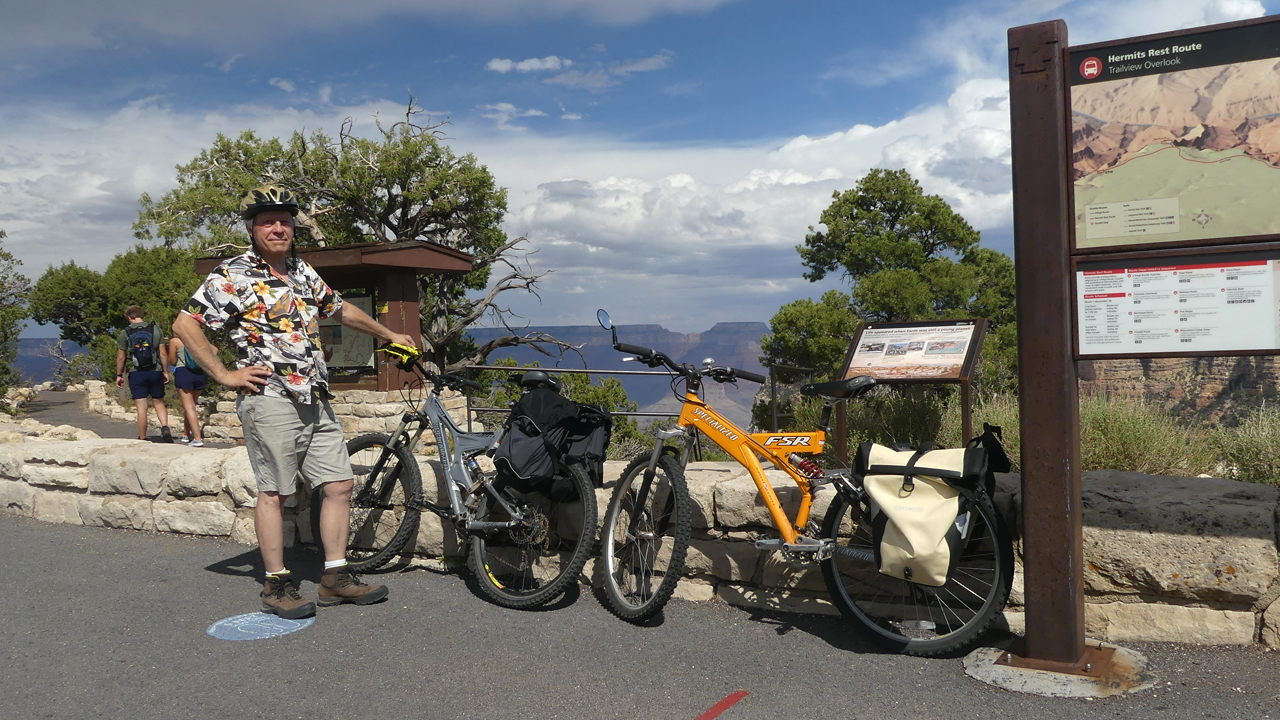 The airwaves were pretty quiet the first day of the contest, so I persuaded Dennis to bike from the Village to Hermit's Rest. This is truly one of the best bike rides in the Southwest, running right along the Rim for about eight miles, with non-stop views into the Canyon. 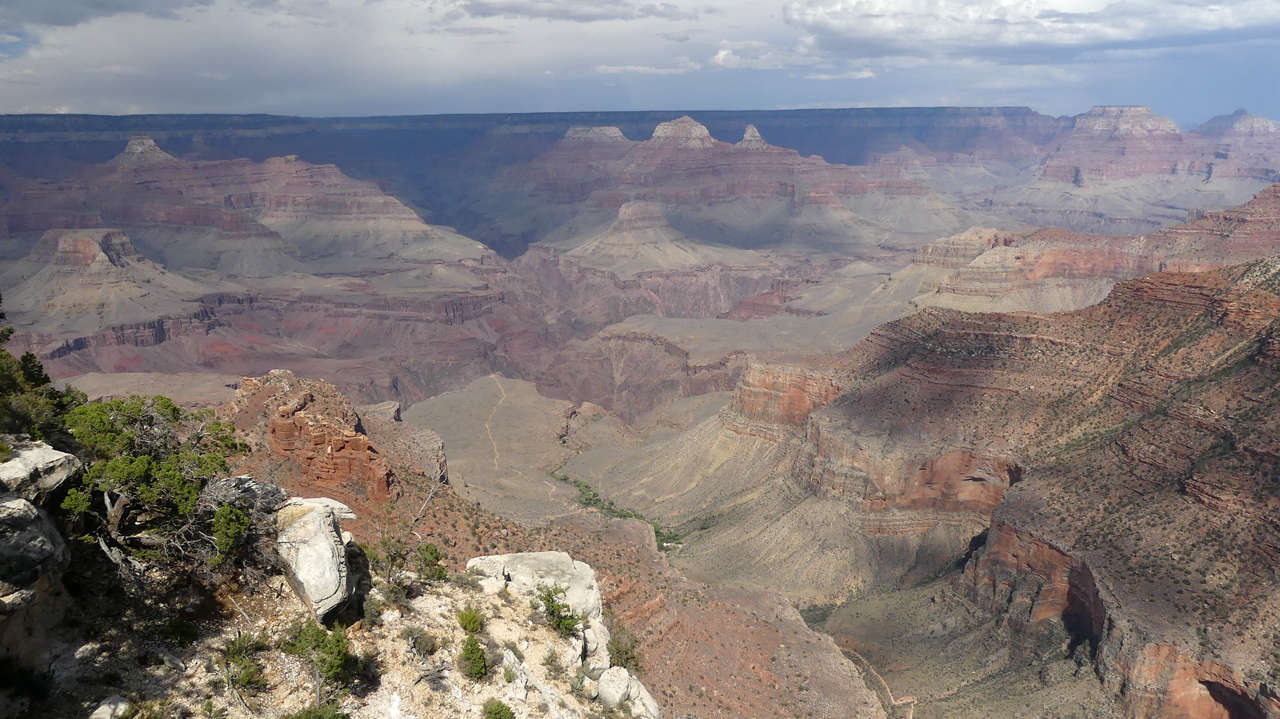 Looking down at Indian Garden and the trail to Plateau Point. 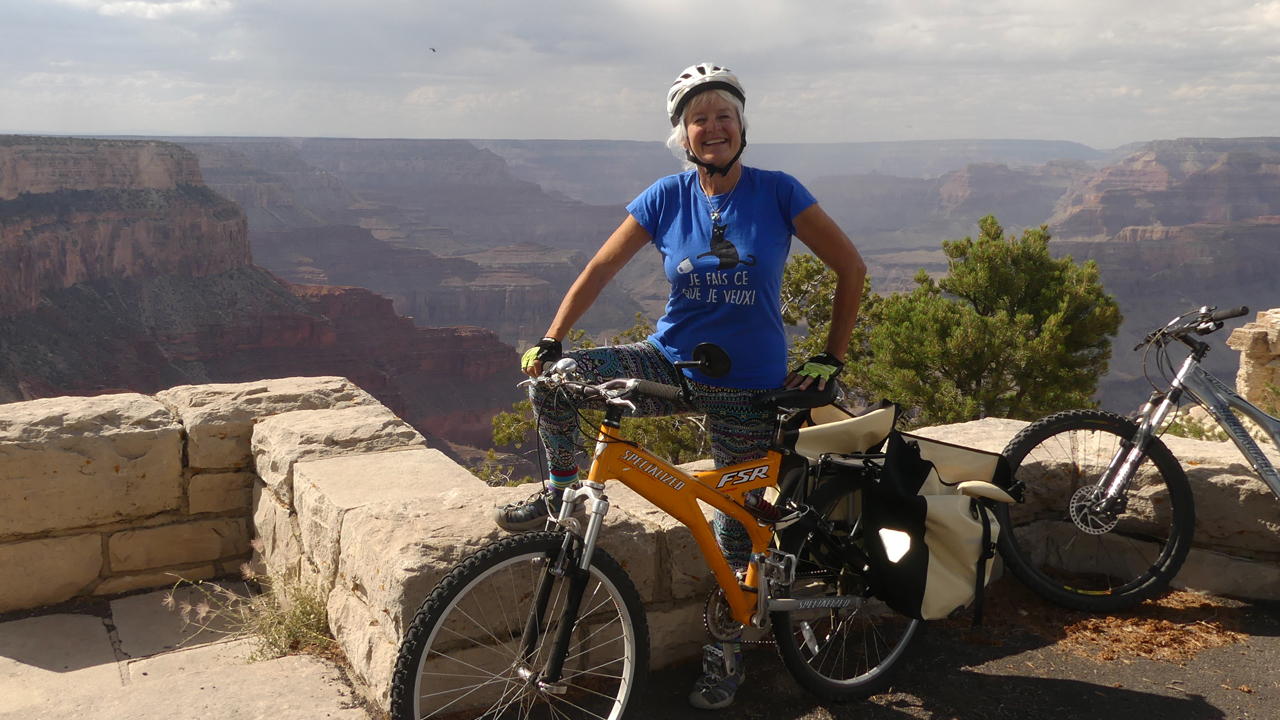 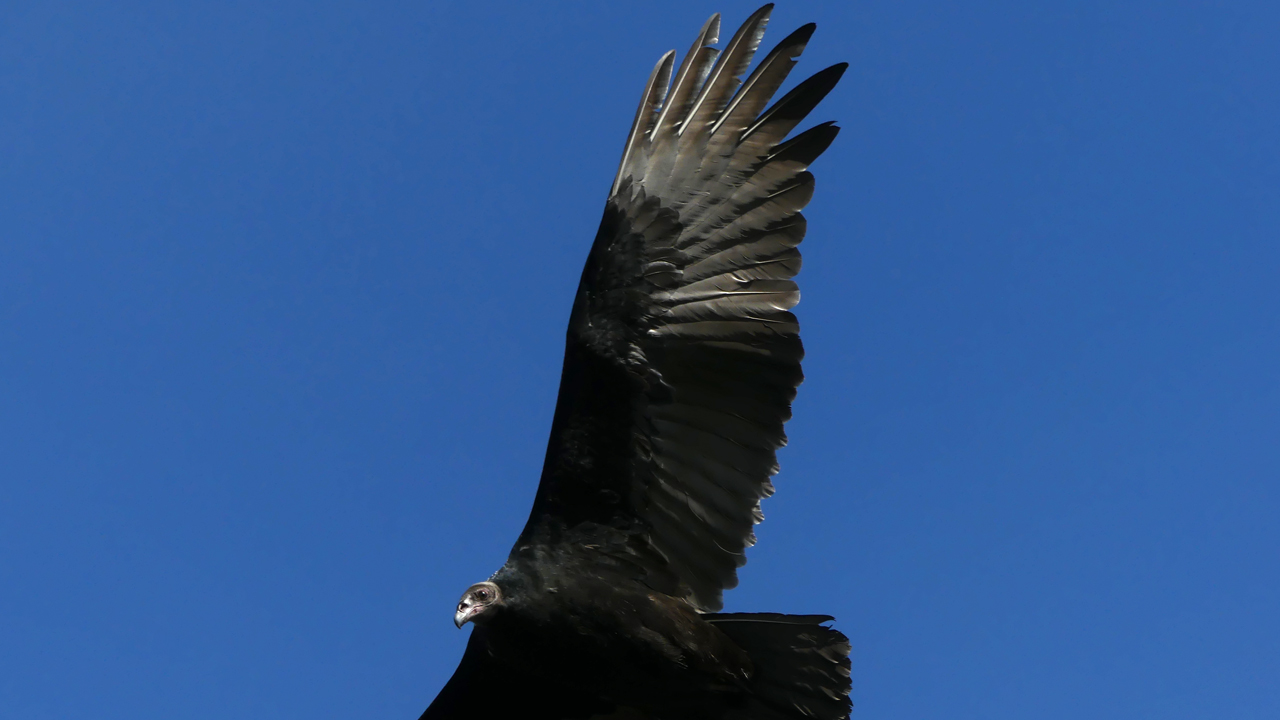 We were hoping to see condors, but only got up close and personal with a very large turkey vulture.

Sunday was a big radio day for Dennis and Doug, while I wrote, read and relaxed. Then it was time to slowly start packing up for the trip home.

That was fun, guys! Let's do it again soon ... maybe on the New Mexico side of the border?