What do you get for Father's Day for a man who is 91 years old? Especially if that man is still physically fit, active and sharper than most guys half his age?

We've noticed that Walter is very sociable, and have gotten in the habit of taking him along to concerts and dinners with friends. Most of all, Walter enjoys the company of his family, but what could we do that would be fun for people of such various interests and abilities? 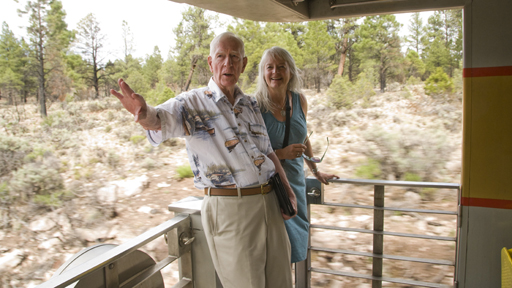 Somehow we came up with the idea of a family train ride, and it didn't take long to figure out that there is a pretty good one right here in Arizona. We booked a three-night package Grand Canyon Railway, and Donna few in from Ohio to join us.

What great idea! The hotel in Williams is a lot nicer inside than it looks from the outside, and the buffet-style meals were surprisingly good. But of course the highlight was the train ride itself. We booked seats in the parlor car and spent most of the 2½-hour trip on the rear platform, watching the the landscape change from ponderosa pine forest to open range country and back.

Walter had seen the canyon before, but it was a delight to watch Donna's reaction as she caught her first glimpse of the great void. We spent the afternoon doing tourist-things: strolling along the rim and visiting the galleries and museums perched on the lip of the rim.

Weeks earlier, we'd made reservations for dinner at El Tovar, an over-the-top historic hotel on the rim where we often treat ourselves to a beer or dessert on the veranda after a big hike. I wasn't that impressed with the main meal, but our desserts were maybe the best things ever put on a plate.

And on the steps of "Elk Tovar", we encountered this young lovely who was not the least bit concerned about sporting the proper attire for the dining room. 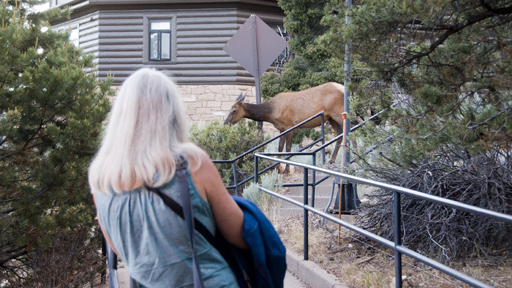 A few weeks earlier, we spent an extra day at the Grand Canyon after a backing trip to Horseshow Mesa, and discovered a bike rental place rent next to the visitor's center. So Sunday morning Dennis and I got up at 0-dark-30, grabbed breakfast caught the first shuttle.

This has to be one of the best bike rides in Arizona, beginning on a paved path that winds through the village and then busting out onto a car-free paved route that runs right along the rim 21 miles round trip to Hermit's Rest. 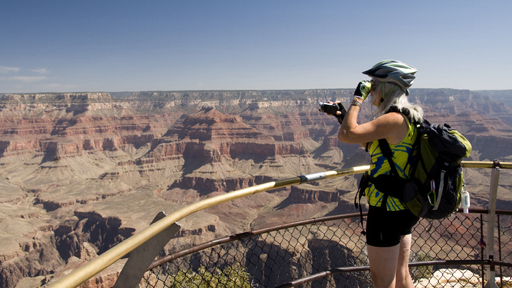 The weather was perfect, and since the road is off-limits to all but shuttle and tour buses, we felt like we had the canyon to ourselves for most of the morning. Hermit's Rest was a pleasant destination, crowned with yet another stunning structure designed by Mary Colter and constructed in 1914 at the western terminus of Hermit Road. 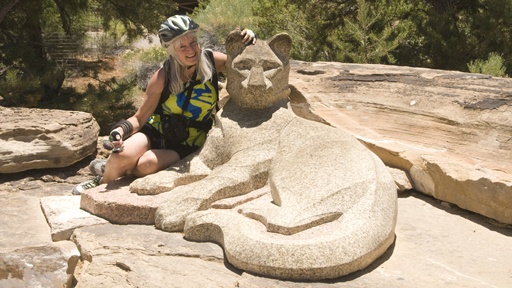 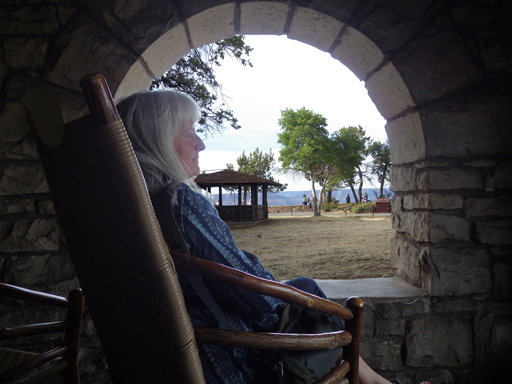