A Few Sandwiches Shy of a Picnic

After eight months of unremitting gloom in Seattle, Kathy needed a sunshine fix. With David and Dennis, we set out to tour old mining towns southeast of Patagonia. The date was April 1, 2006 -- April Fool's Day -- but all the jokes were on us. We had prepared a fabulous picnic lunch of stuffed grape leaves, feta and sun-dried tomato sandwiches, fatoush salad, pita and hummus. As the last remnants of civilization disappeared in the rear view mirror, we realized the cooler was not on board. A detour to the grocery store in Patagonia led to an espresso stop and then a quick side trip to the BPD (Borderline Personality Disorder) Boutique. A glass of marbles crashed to the floor just as we both remembered why we didn't like this store. Of course I offered to pay for it, and although we were on our knees picking up shards of glass, apparently we weren't sufficiently contrite. Suddenly it was no longer a simple jar of marbles I had heartlessly shoved to its death, but an original, hand-crafted and priceless "ensemble." The Drama Queen snapped out of it when Kathy waved some cash under her nose, and we left at a dead run, vowing NEVER to return. 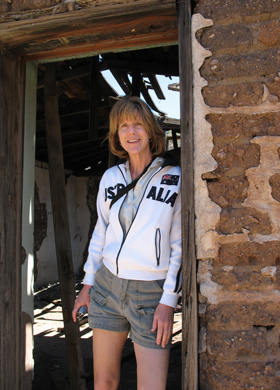 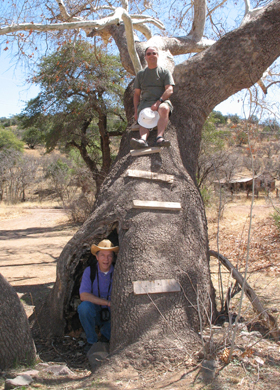 Having lost our marbles in Patagonia, we continued to the village of Harshaw, a former mining town that was home to as many as 2000 people during its very brief heyday (1880-1903). 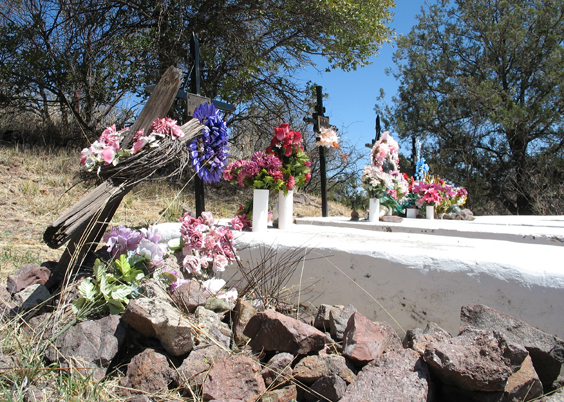 Today little remains but a few old foundations and a very colorful cemetery. 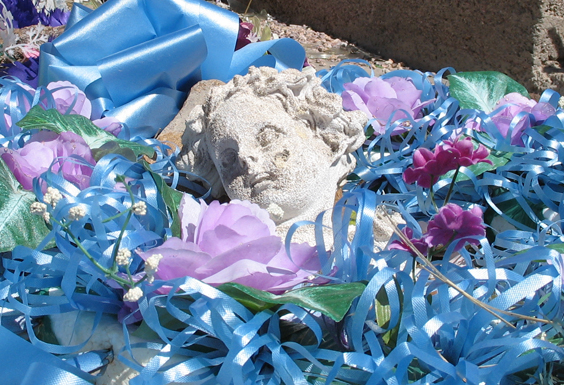 We turned onto Flux Canyon Road, aiming for Trench Camp. Fortunately, we got lost and ended up at the World's Fair Mine, which was much more interesting. 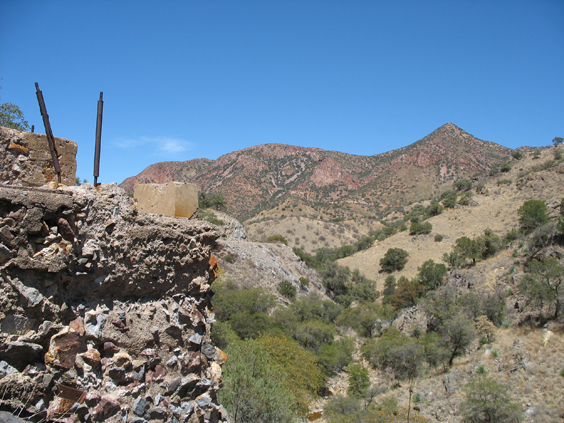 Here we found the remains of a stamp mill and lots of other big-time mining equipment for the boys. 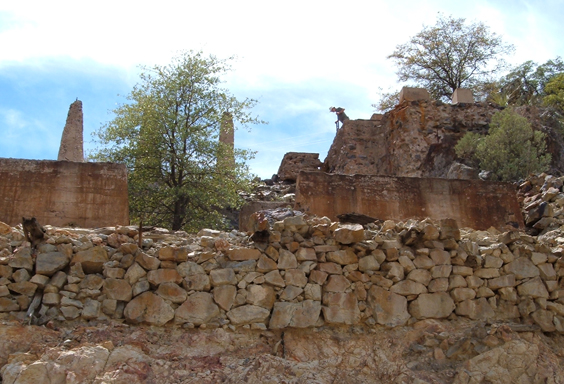 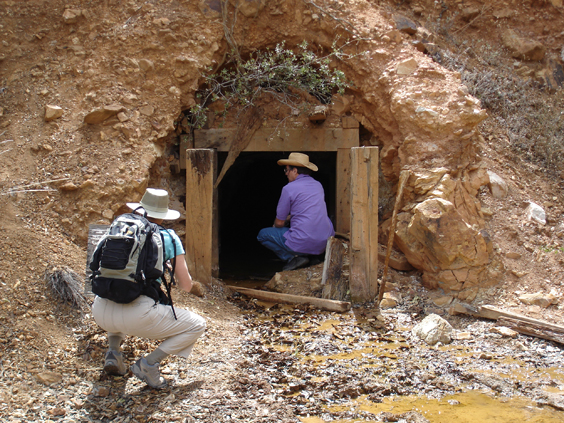 The mine shaft oozes water from underground springs. 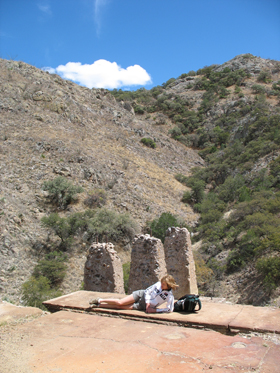 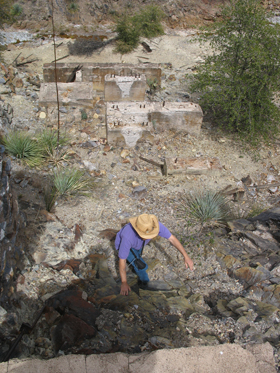 The setting could not be more spectacular, and as I type, Dennis is mapping out the route for a mountain bike loop ride. 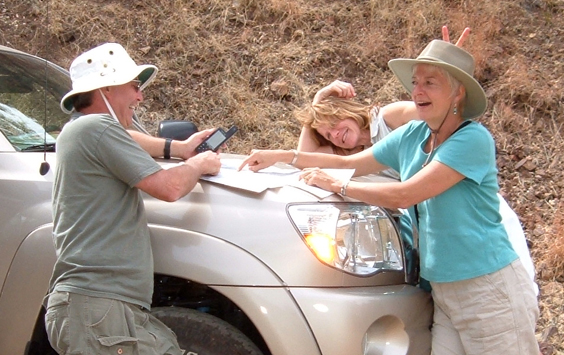 "Where to next? Oh just flip a coin!" 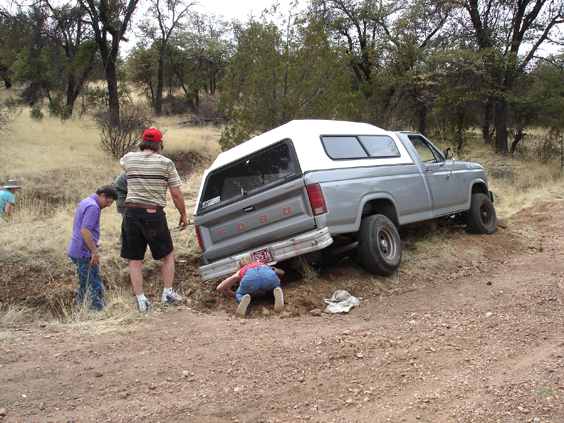 Mowry it is, where there were no ruins at all, except for a couple we'll call Billy Bob and Sally Sue. 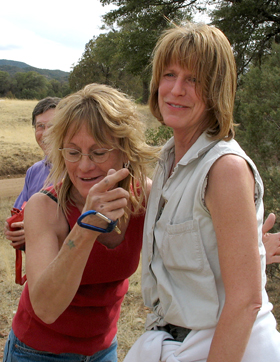 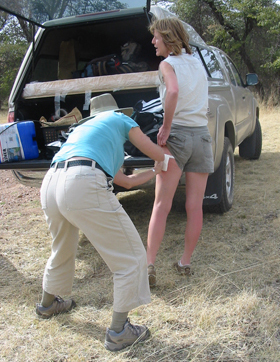 At first we offered advice and a shovel, but we joined in the digging and pushing when it became obvious that Billy Bob was a heart attack looking for a place to happen. Kathy took a tumble, and I had to Bondo her rear bumper. 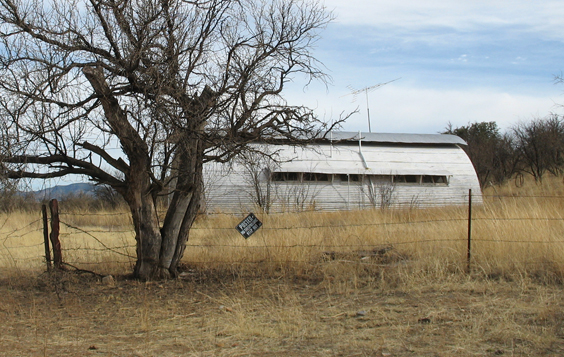 We pressed on to the Duquesne and Washington Camp townsites. Duquesne is still for sale, but now it has more barbed wire than a concentration camp. And despite the wall of "No Trespassing" signs, Lochiel is worth visiting because it lies in the most beautiful golden valley in Arizona. 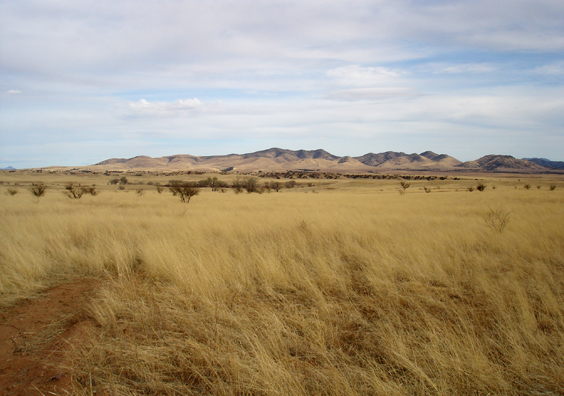 Back to Patagonia and a remarkably incident-free celebratory dinner at the Velvet Elvis! 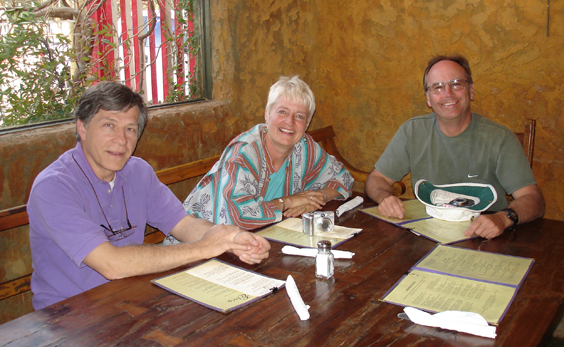 Photos by David, Dennis, Kathy and me.