With an elevation of 9,466 feet, Miller Peak is the highest southernmost peak in the United States. The trailhead takes off from Montezuma Pass which is already at 6400 feet and climbs steadily into the high and dry Huachuca Mountains. 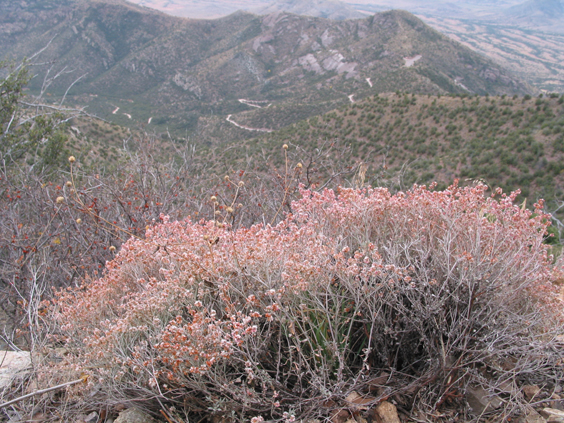 Vegetation on the south side of the ridge is mostly juniper, manzanita and pinon. These mountains are made of yellow and gray tuff and shards of burgundy slate -- not what I'm used to seeing underfoot in southern Arizona, but definitely easier on the feet! 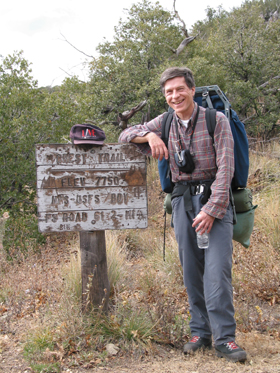 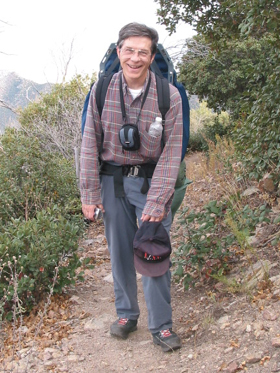 After about a mile-and-a-half, the trail hooks north and east around a 7900-foot promontory. Once we turned the corner, it was Fall. The ground was carpeted with Mexican oak leaves and and some larger pines lined the trail. 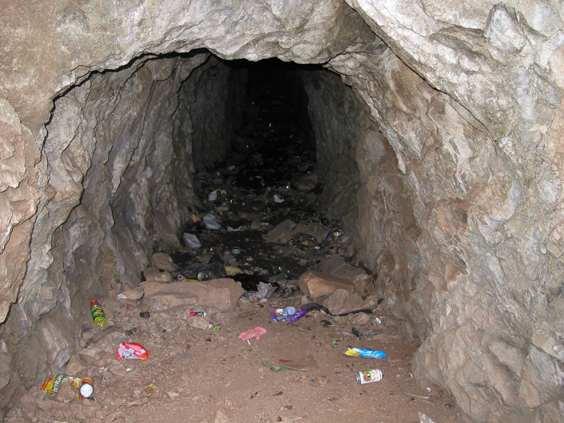 Unfortunately the ground was also carpeted with empty water jugs, chip bags and tuna fish cans. I had heard rumors that this trail is heavily used by border crossers, but the volume of debris surprised me. There were "abris de fortune" all along the trail. 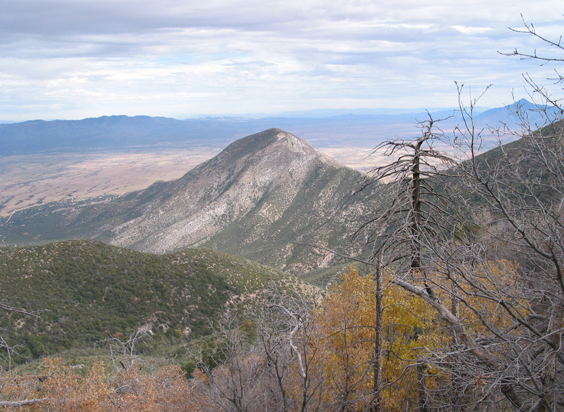 It's a beautiful hike all the same, climbing to dizzying heights on razor-sharp gray pinnacles with distant views of the yellow-and-rust grasslands of the San Pedro River Valley. 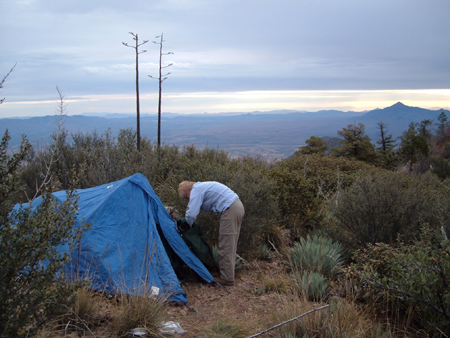 Finding a flat space was quite a challenge, but we finally excavated a toehold just off the trail in an 8400-foot saddle about one mile short of the summit. I barely got the tent up when SLEET began pelting the tent. Oh no! I forgot the red wine again! 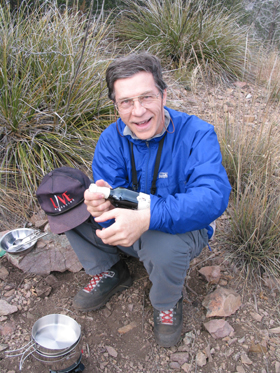 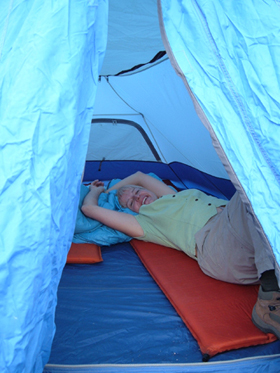 What does Dennis have up his sleeve??! The ingredients for One Happy Camper.

Around 6:30 in the morning I was outside heating water for coffee when Dennis asked if there were people coming down the trail. All I could answer was, "No ... they're heading NORTH!" Just below me, more than a dozen Mexicans were hurrying up the trail -- men and women of all ages, some with babies on their backs, their faces ruddy from the cold. They must have walked all night. The Border Patrol estimates that 100 to 150 migrants pass through Coronado National Monument every night. What were they doing so high in the mountains, with so little gear and such an impossibly long walk still in front of them? It rained hard later that day, and my thoughts kept returning to those frightened faces on the mountain. Is this really the best we can do?