After three weeks of unseasonably cold weather, temperatures finally returned to balmy. We used the warm weather window to make a run for the upper reaches of Pima Canyon. Most people hike only about as far as the lower dam, which is about four miles from the trailhead (the distances cited in Betty Leavengood's "Tucson Hiking Guide" seem to be off by about 50%). Scenery up to the point is pleasant, but unremarkable. Press on past the dam and the trail dwindles to a mere shadow, while the views take on epic proportions. That's me inching up one of the "gradual climbs." We didn't start taking pictures in earnest until we passed the second dam, about 5 miles out. 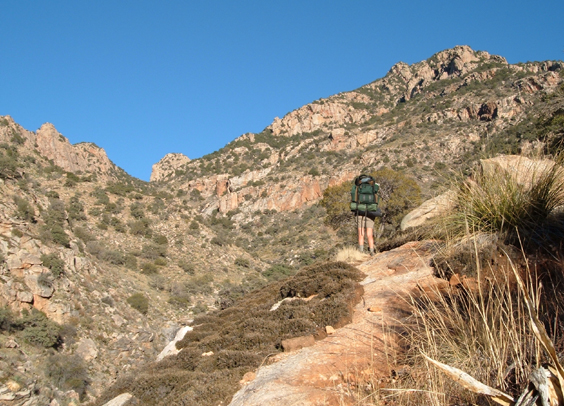 While water in the lower dam was decidedly skanky, the upper dam is a natural water slide with crystal clear water splaying over a smooth expanse of quartz-frosted gneiss. We looked hard for a place to camp, but there was nothing resembling a flat spot. 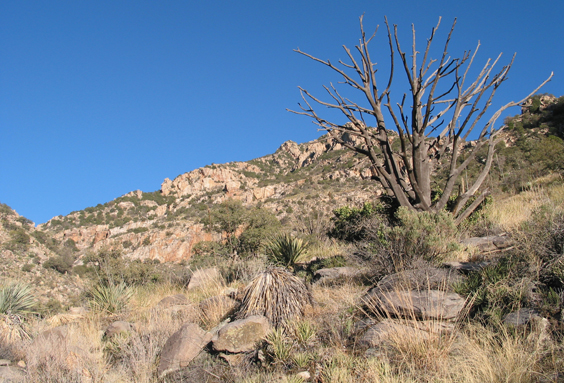 We continued climbing, frequently on all fours as the trail parted company with the stream bed and scampered over a steep ridge. 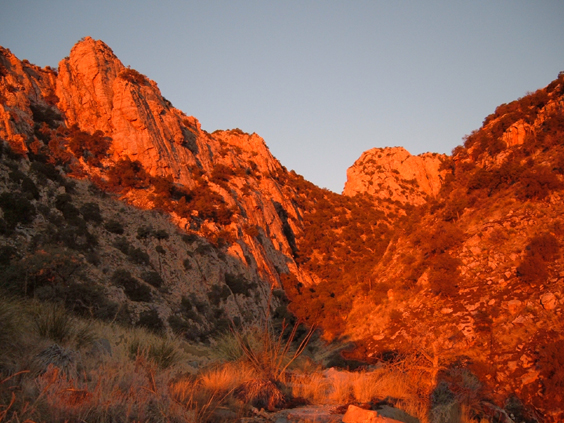 Just as the sun bathed the cliffs in orange light, we found a relatively flat spot on a cliff overlooking the stream. 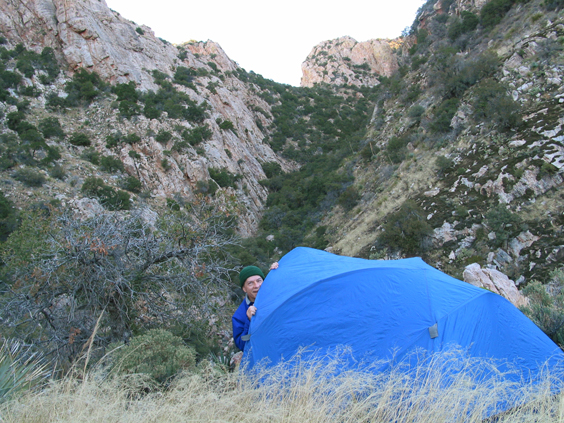 We were within earshot of the stream, and once the sun set, the twinkly lights of Tucson were clearly visible in the distance. 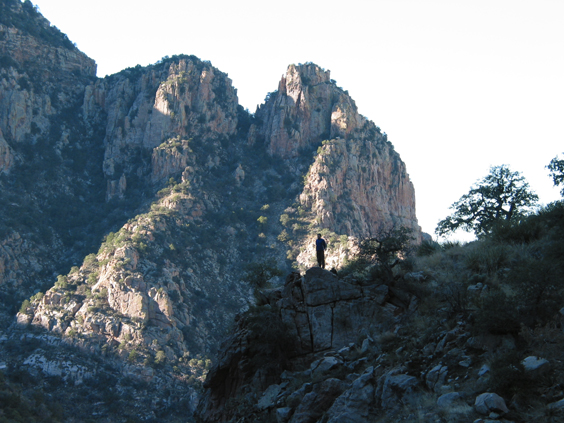 In the morning we explored a bit further up the stream bed, but decided to husband our resources for the return trip. 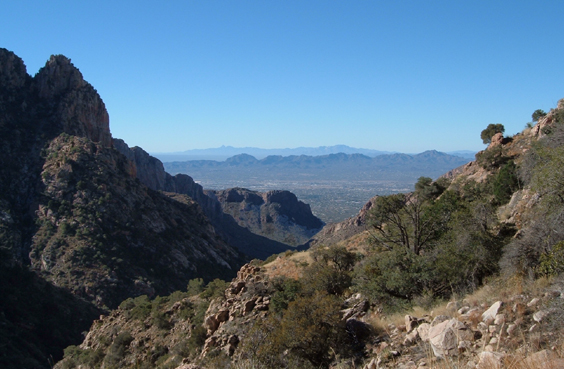 Tucson from just below Pima Saddle. 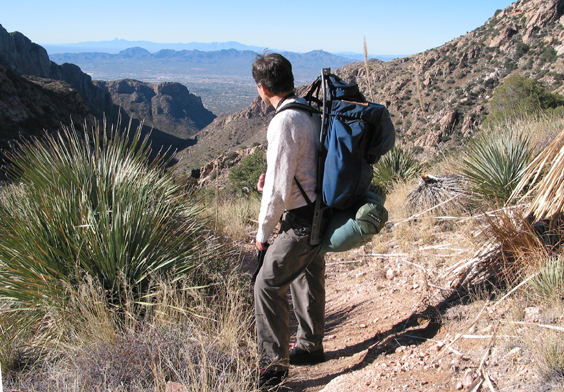 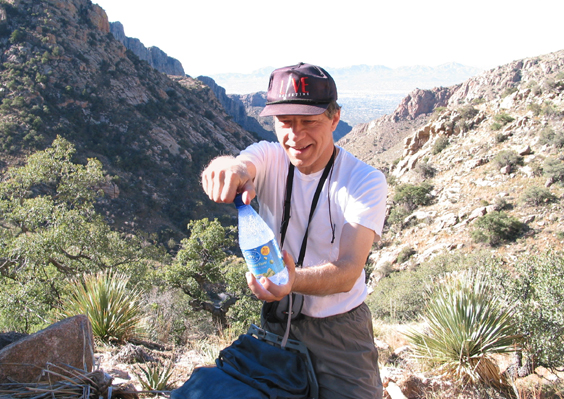 The upper dam is the perfect spot for a morning bird bath! And there's La Paloma Blanca himself ... 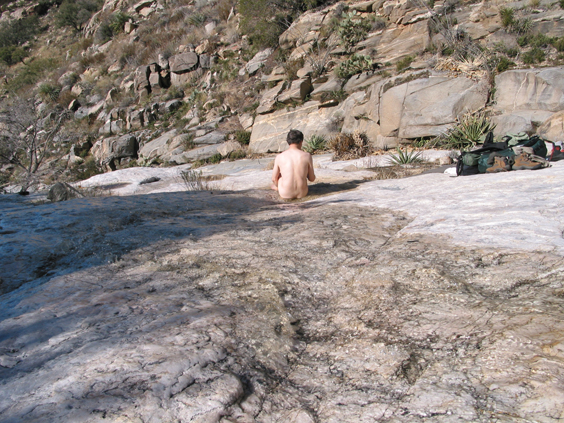