Donna, Dennis, Judy and me at the Brick Tent. 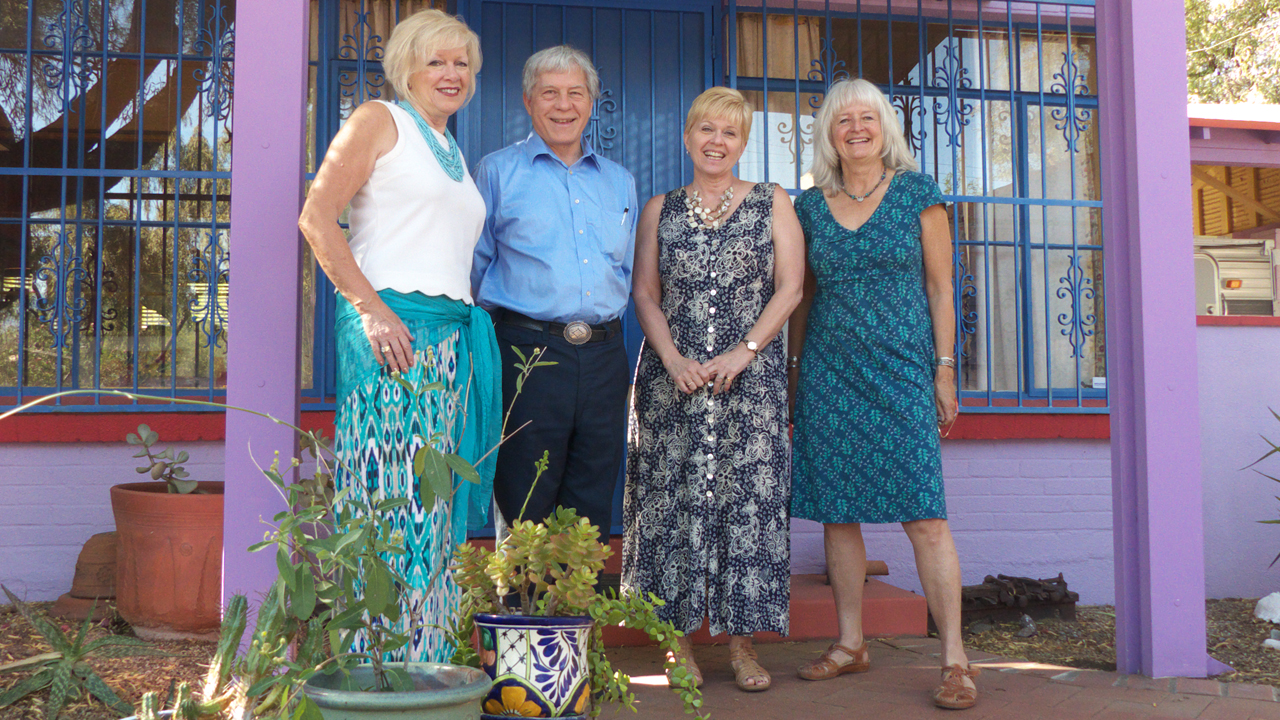 As a World War II veteran, Walter Nendza and his wife Florence were entitled to interment at the new military cemetery in Marana, Arizona. The committal included a ceremonial folding of the flag, executed with grace and precision by two young soldiers from Fort Huachuca.

We remembered Dennis' father by repeating a family train trip to the Grand Canyon we took with him three years ago.

We were lucky enough to catch a steamer. It takes 16,000 gallons of water to go from Williams to the South Rim and back! 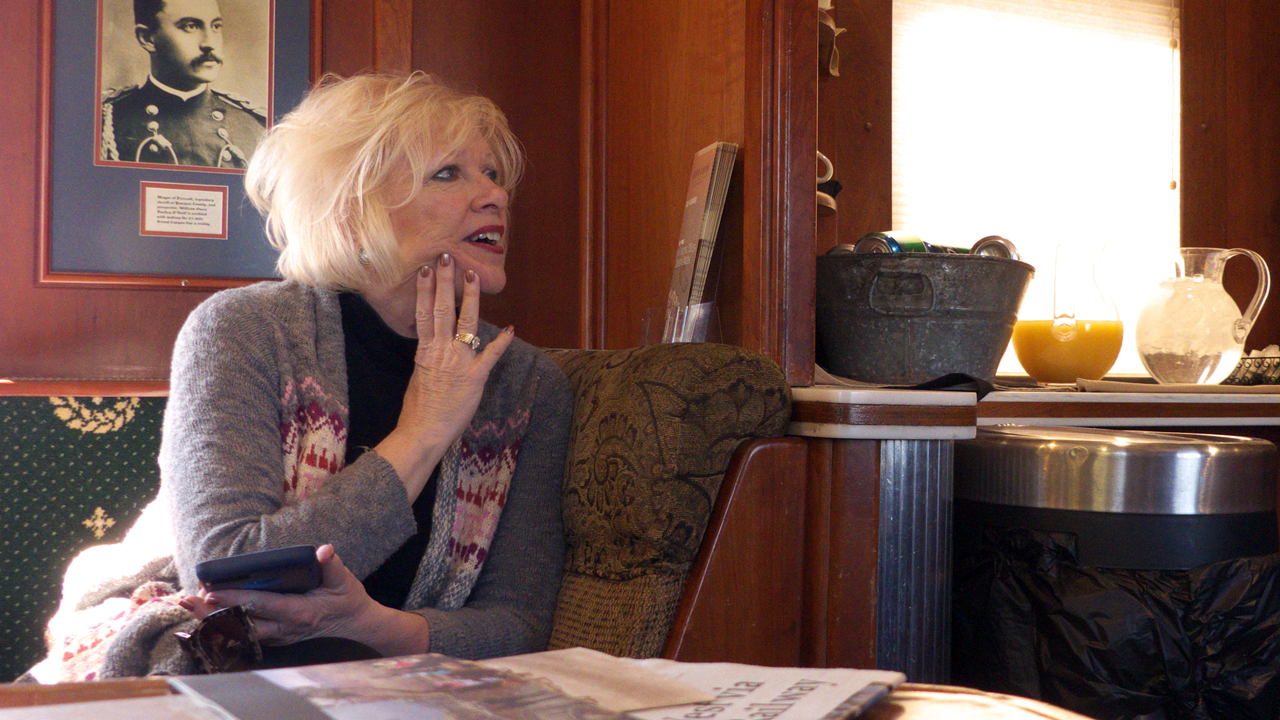 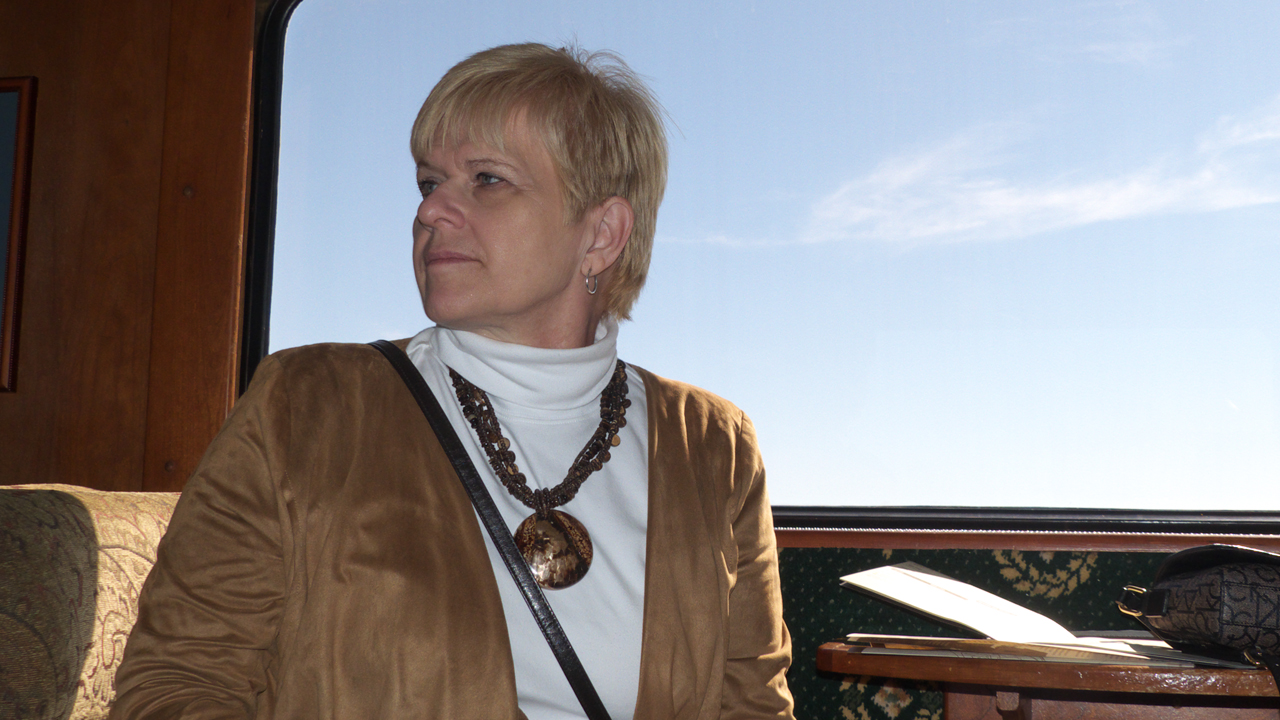 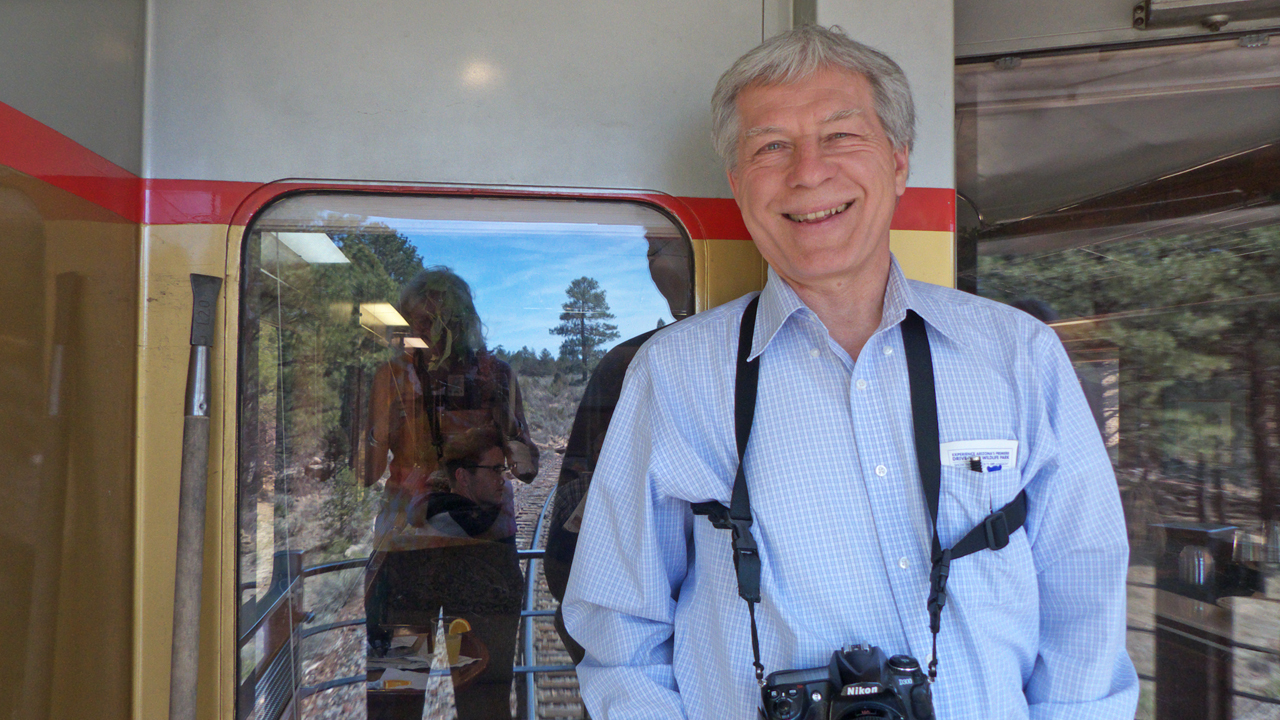 An entertainer on the train snagged me in as I was passing through. Poor guy had no idea what he had got himself into. Harmonizing on "This Land is Your Land". 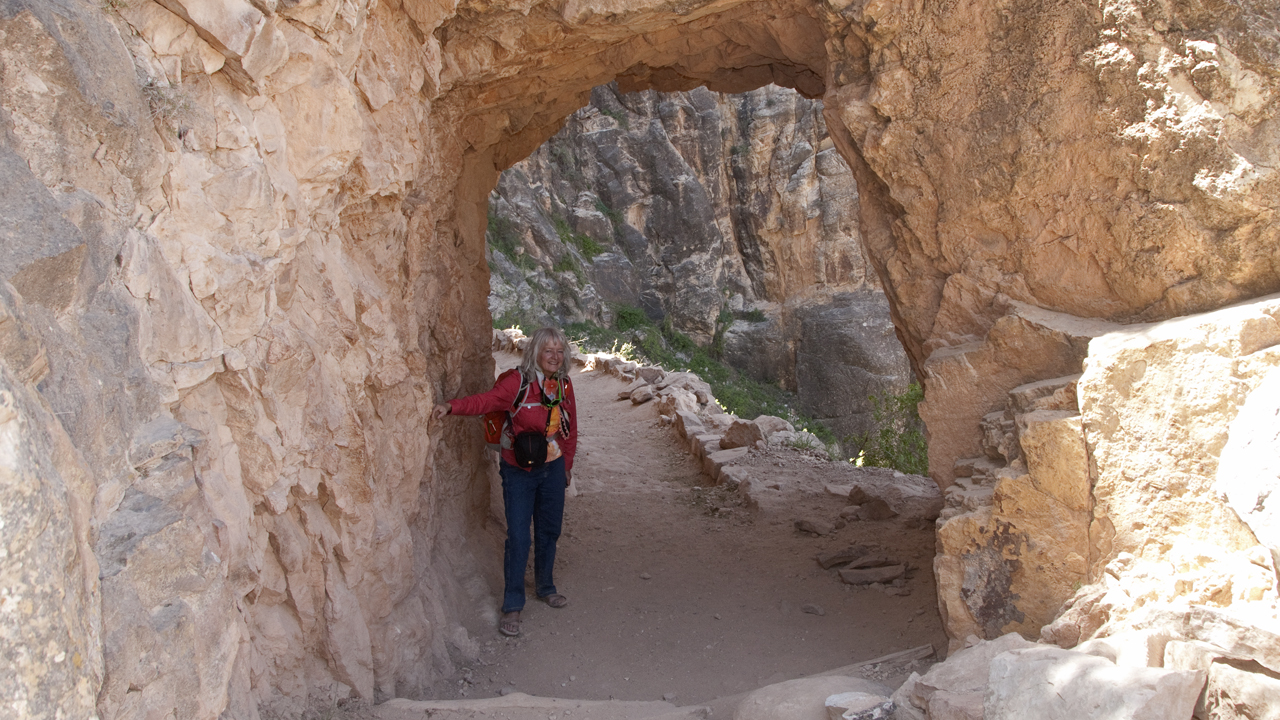 Since it was right there, we had to take a short hike on the Bright Angel Trail. 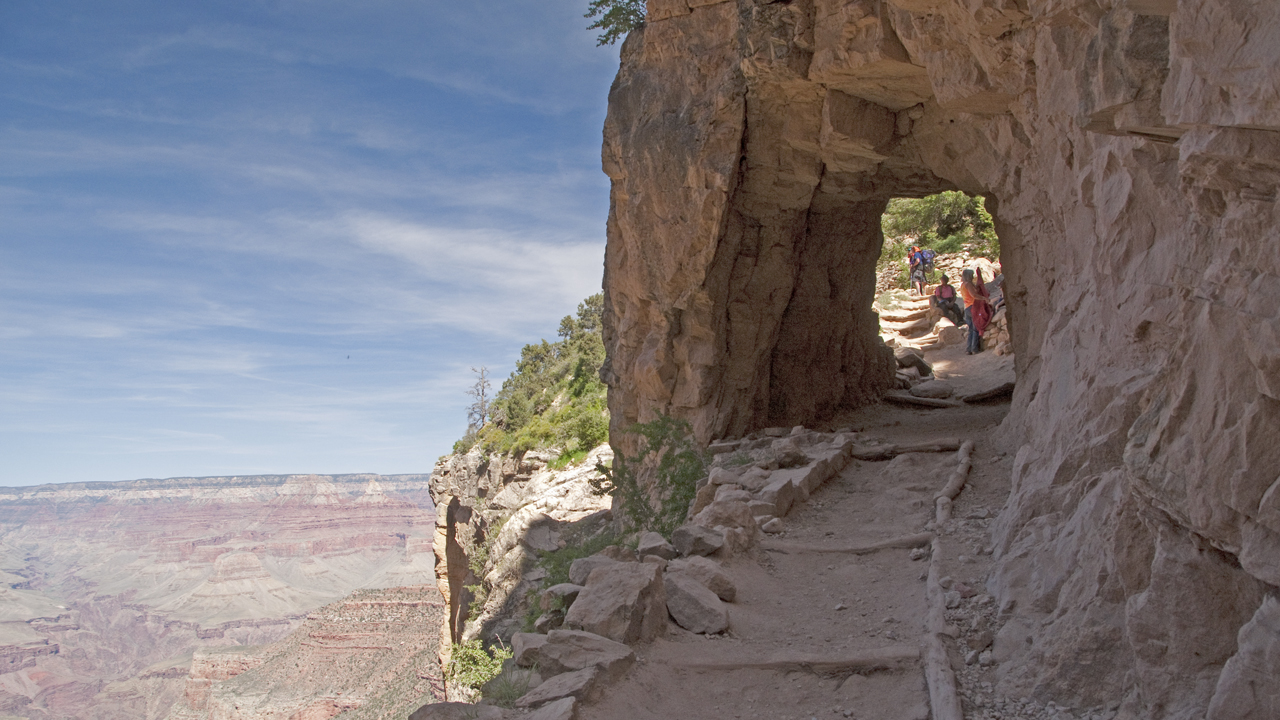 At the second tunnel on Bright Angel.

On day two, Dennis and I biked the Rim Trail east to Yaqui Point and back, and then to Hermit's Rest and back — about 28 miles all told — and definitely one of the best rides anywhere in Arizona. 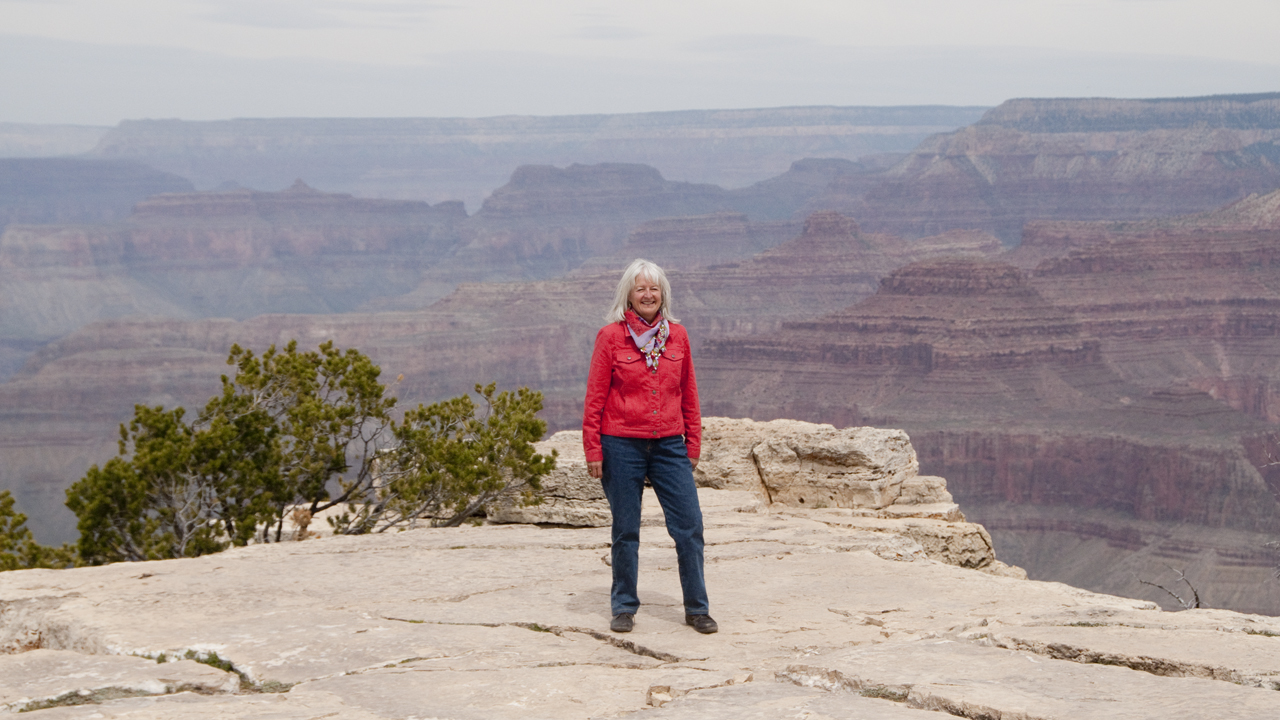 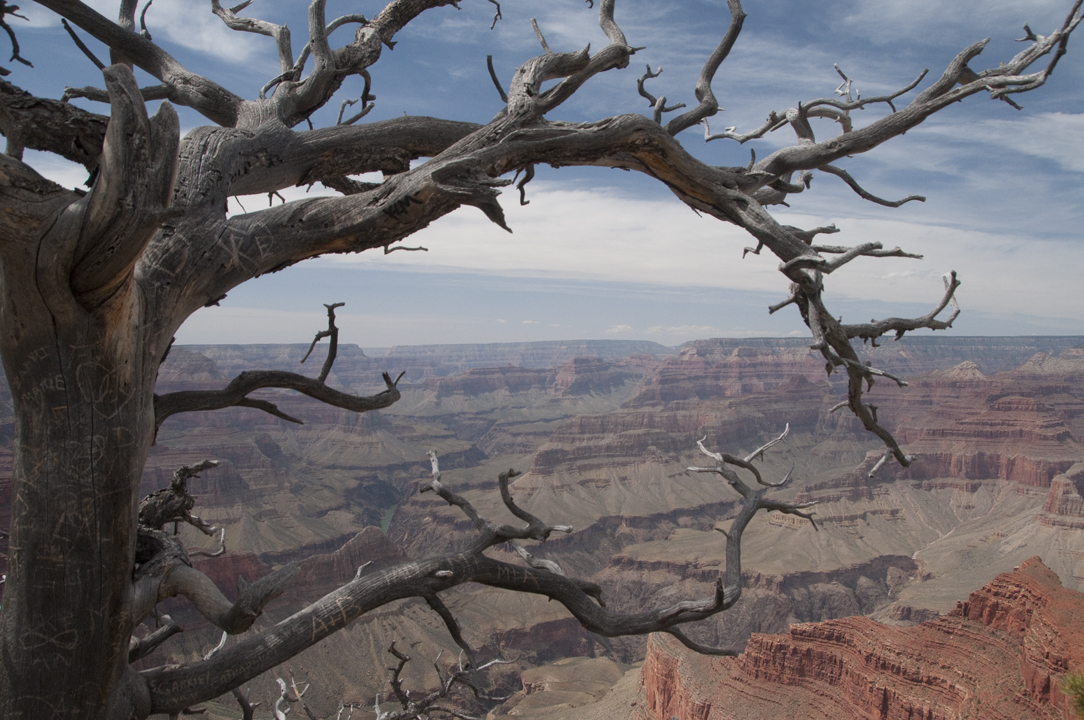 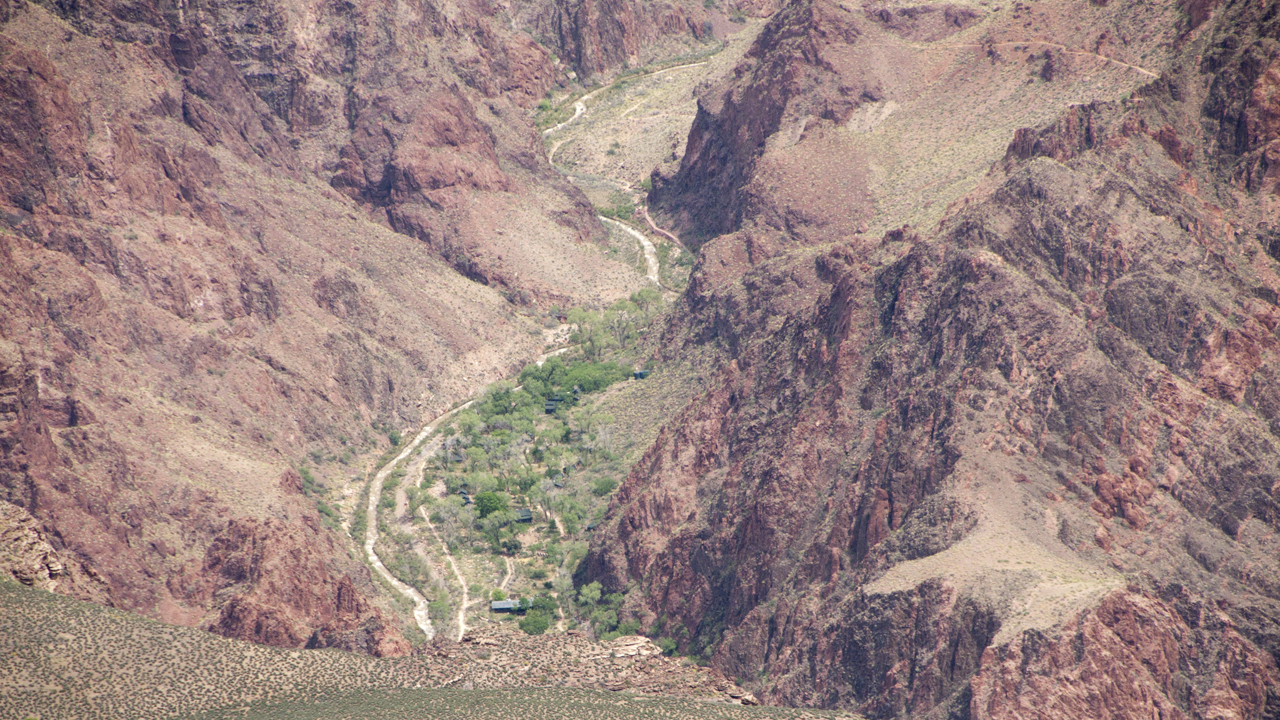 Indian Garden from the Rim Trail. 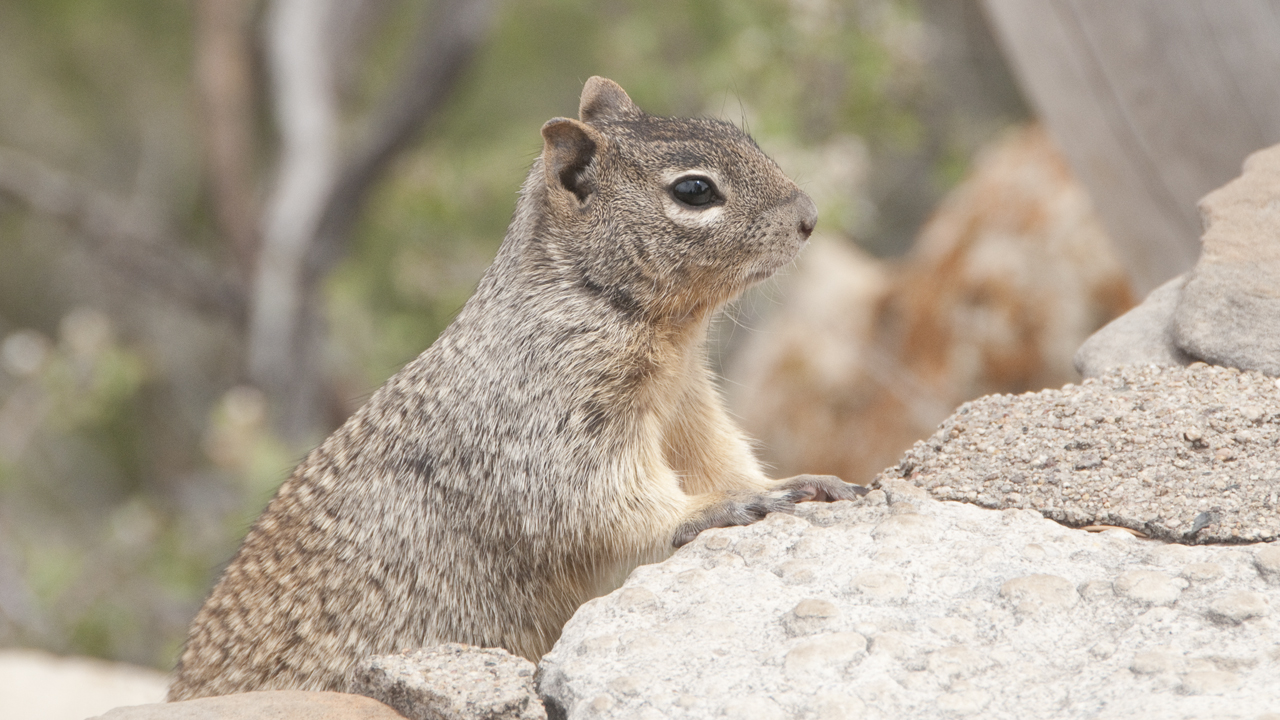 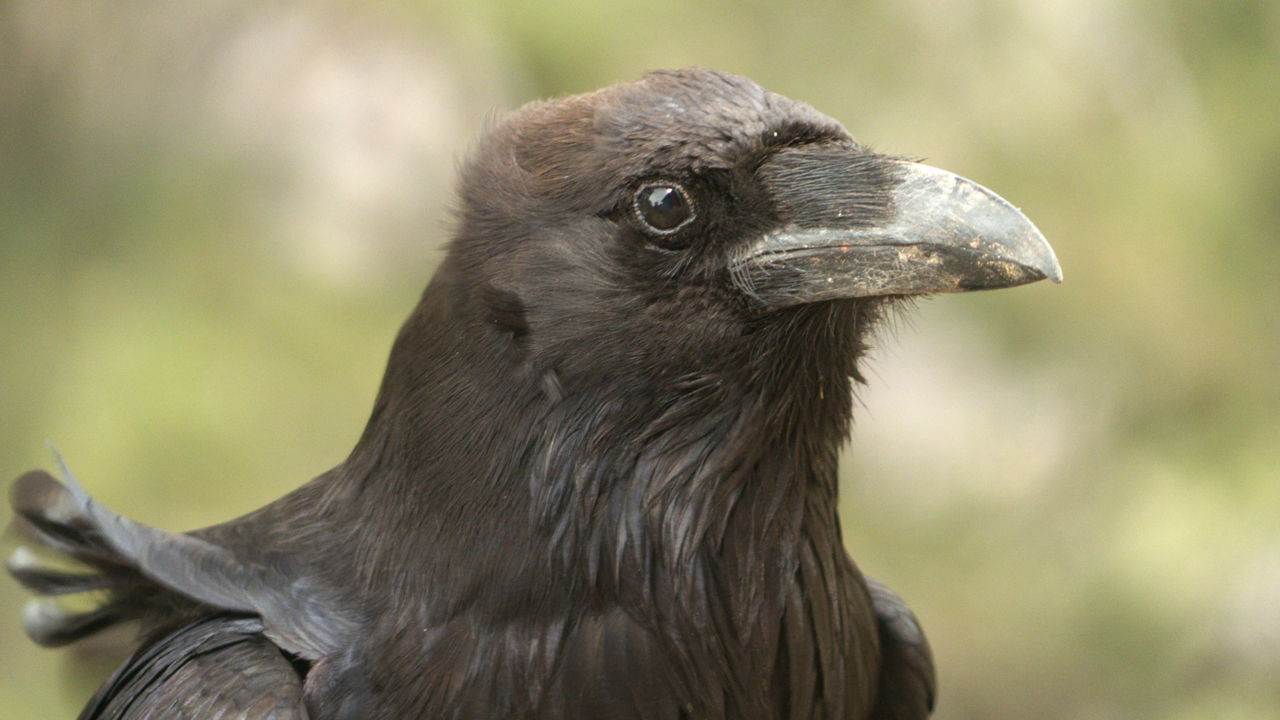 A friendly raven at Hermit's Rest