In and Around Duncan, Arizona

A December trip to the Simpson Hotel in Duncan, Arizona, has become something of a holiday tradition for us. A Winter stay at the Simpson is like all your best memories of holidays at your grandmother's house. You can feel the bitter cold skulking around the edges of the building, but inside you are warm and cozy, with a good book and a cat in your lap, listening to the creak of the wood floors and the hum of the gas fireplace. And after a fabulous breakfast and many cups of coffee, we finally force ourselves to venture outside. Because it's not northern Minnesota after all. It's the Southwest. So of course it's going to be another gorgeous, sunny day to go outside and play.

We were joined by our good friends Ann H and Dave T, from Silver City. The trip began with my usual over-researched and overly-ambitious itinerary, but it quickly went out the window as we followed our noses to sites of unexpected environmental, cultural and scenic splendor. 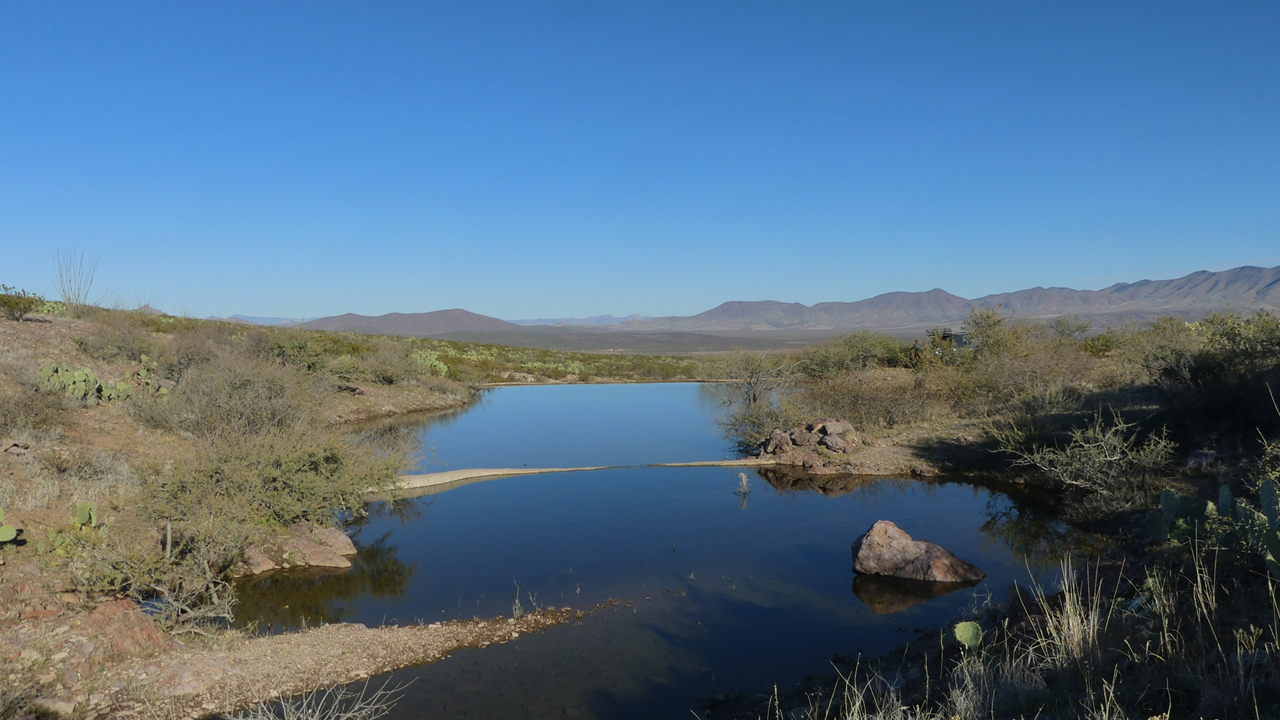 West of Duncan down we crossed a vast plain pocked with bombs of basalt from an ancient volcano. But this otherwise desolate valley held a surprising amount of water. 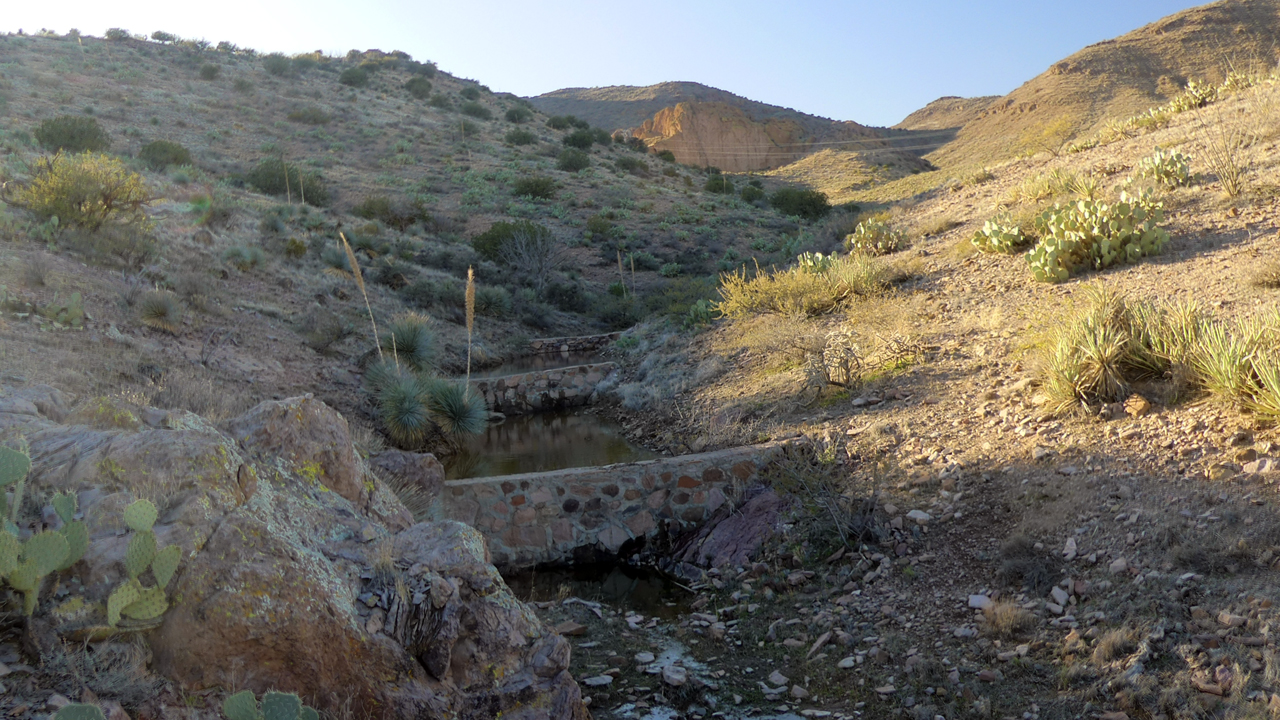 On a web of dirt roads west of Duncan, we went in search of some interesting rock formations, but instead ended up at a series of more than a dozen well-built stone check dams that were used to harvest the water that trickles down from a local mountain range. 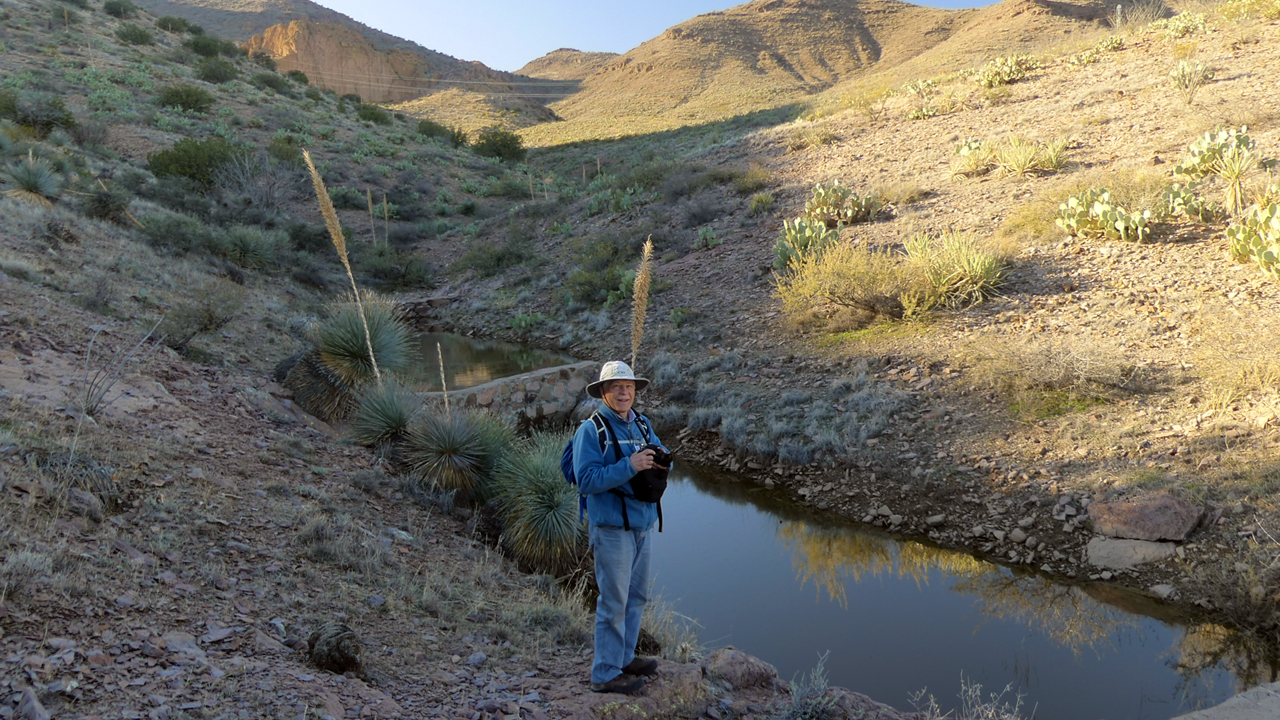 Reflecting on a desert pool at sunset. 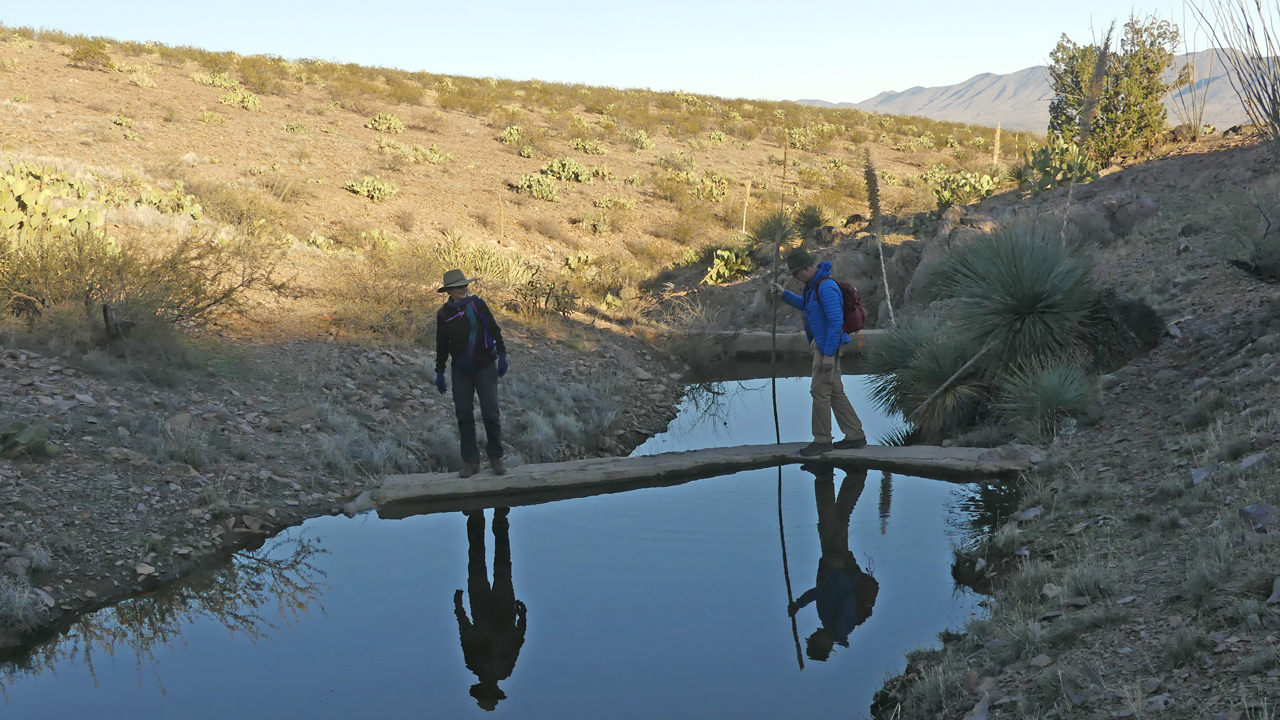 Who built these handsome dams, and when? 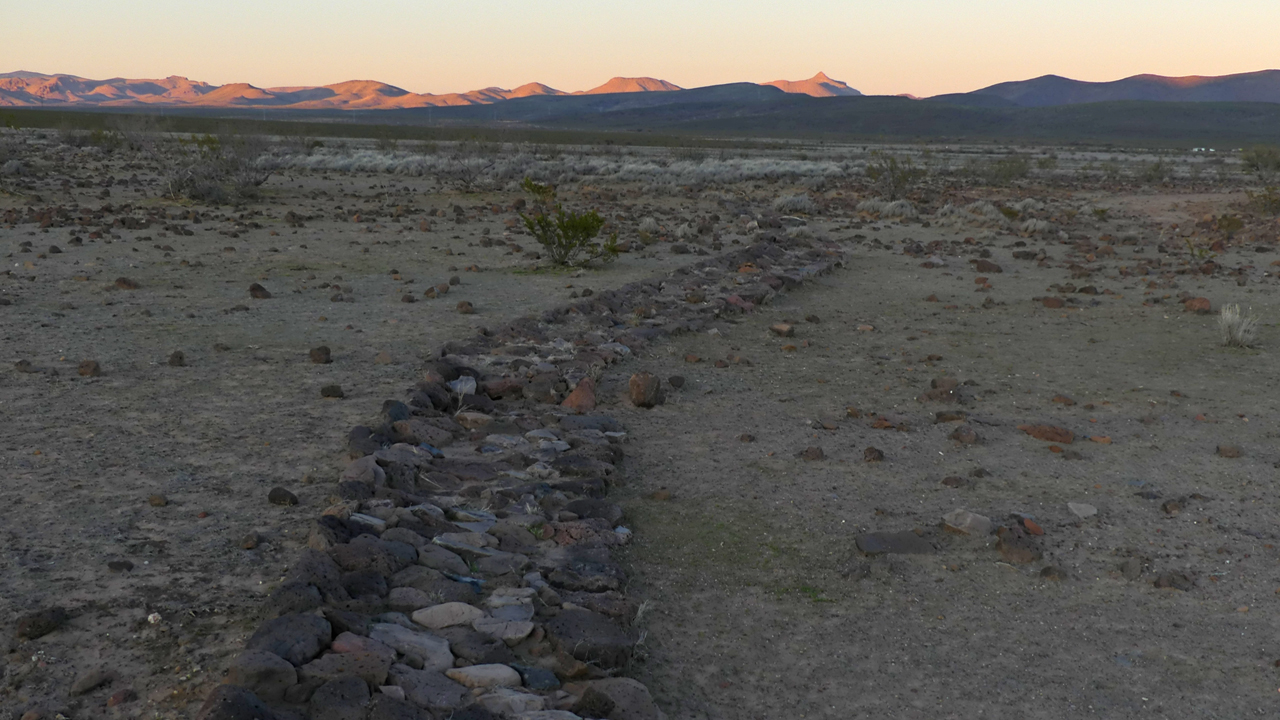 Cutting across the vast alluvial fan were countless low stone walls. A bit of internet research over breakfast the next morning revealed that they may have been part of a series of thousands of such structures that were built in the 1910s and 1920s to conserve water and reduce erosion in the Gila River Valley. 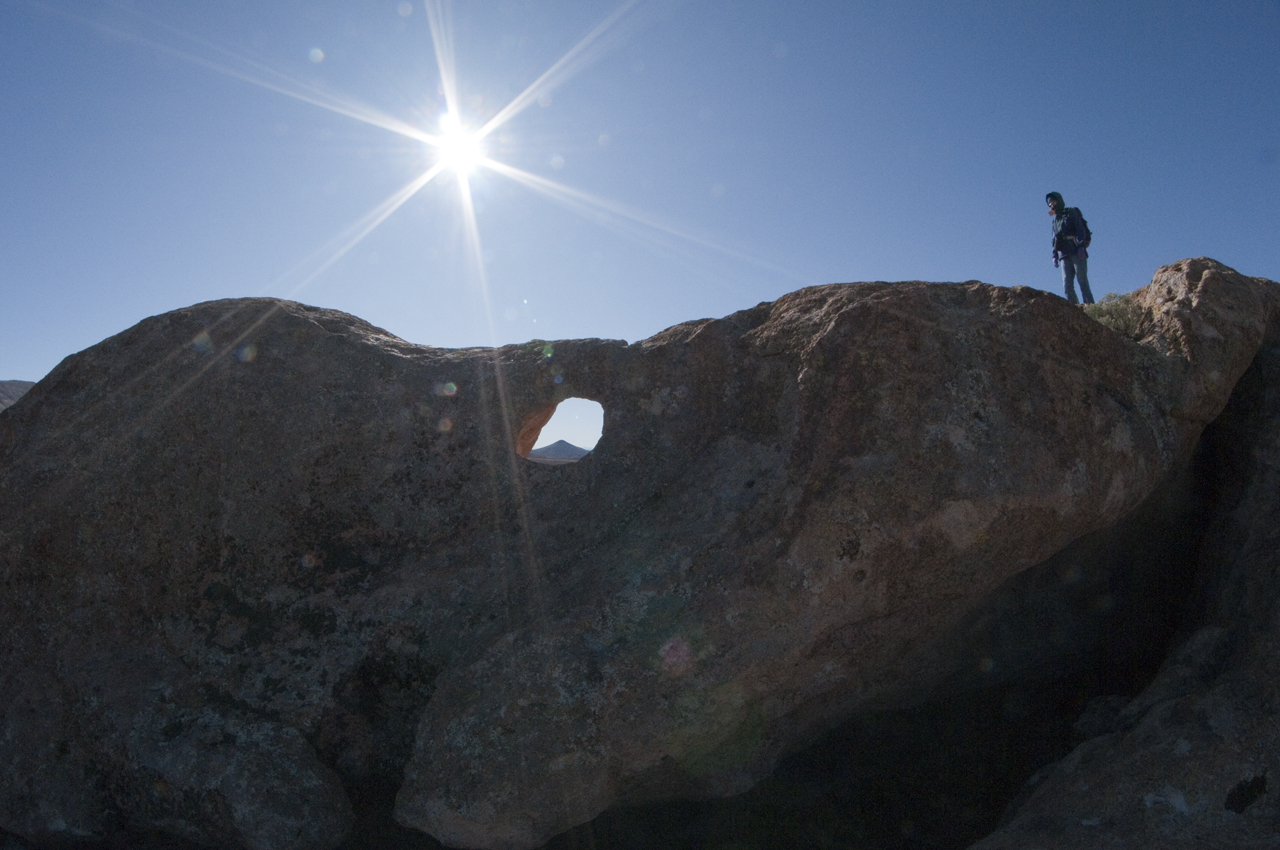 The next morning's destination was an unimposing rock pile northeast of Virden. The formation includes a window with a great view of Cañador Peak. 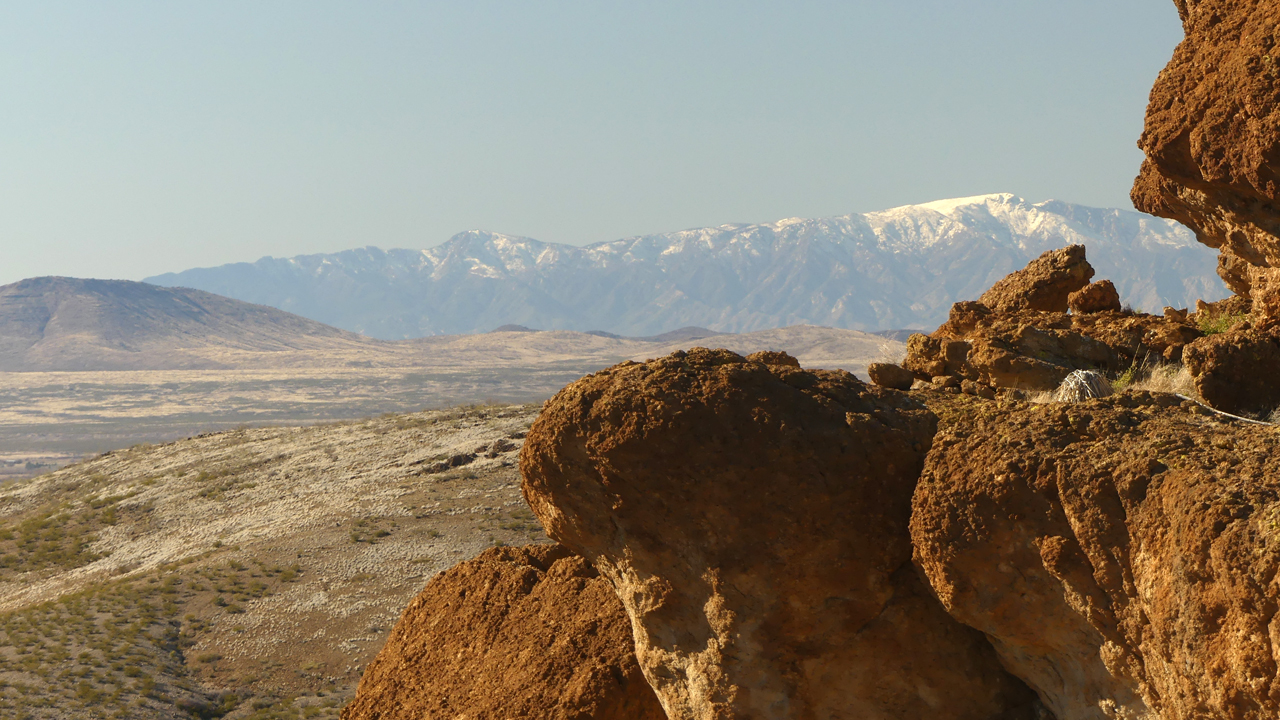 To the west were the gleaming snow-capped Piñalenos. 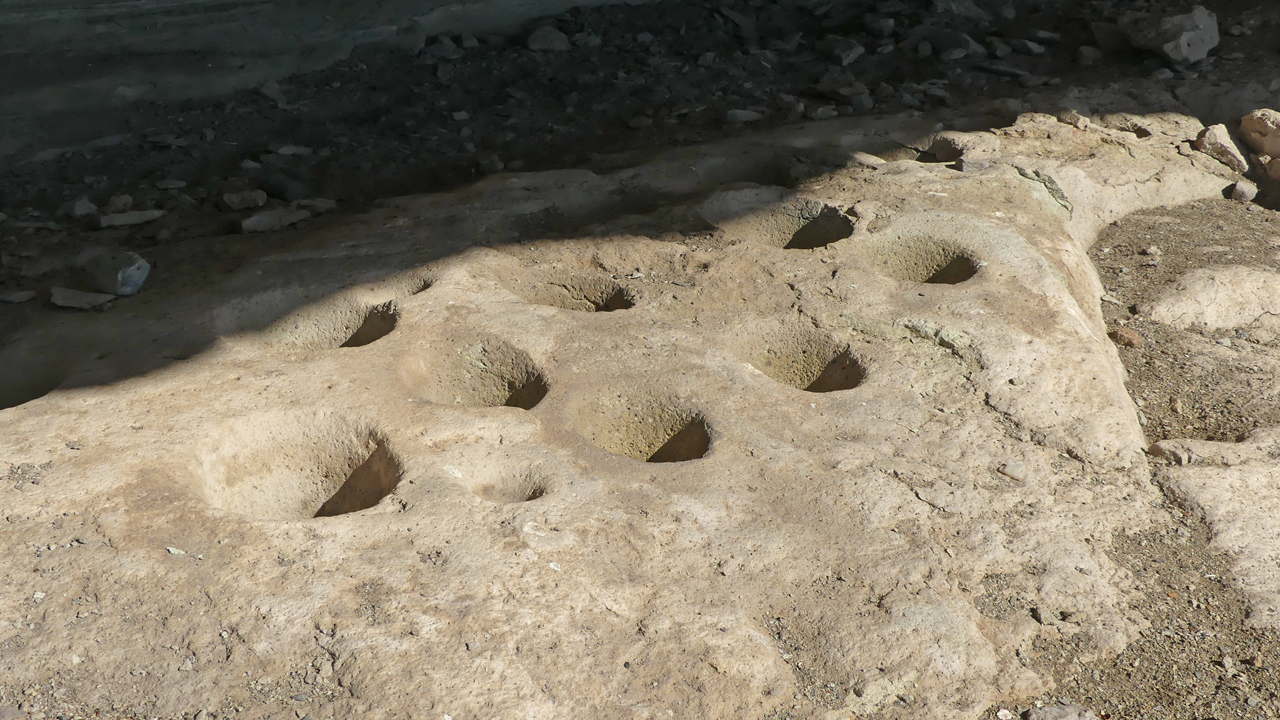 We were not the first to appreciate this place. Nearby were many bedrock mortars and even a few petroglyphs. 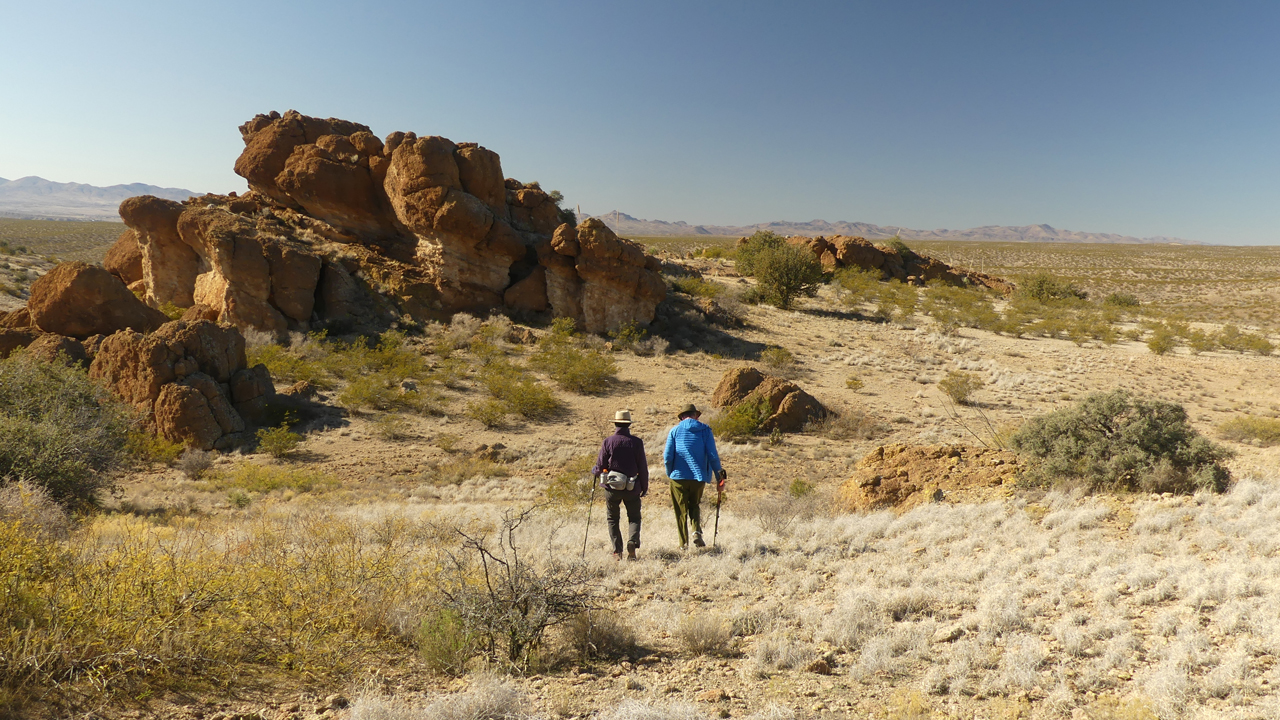 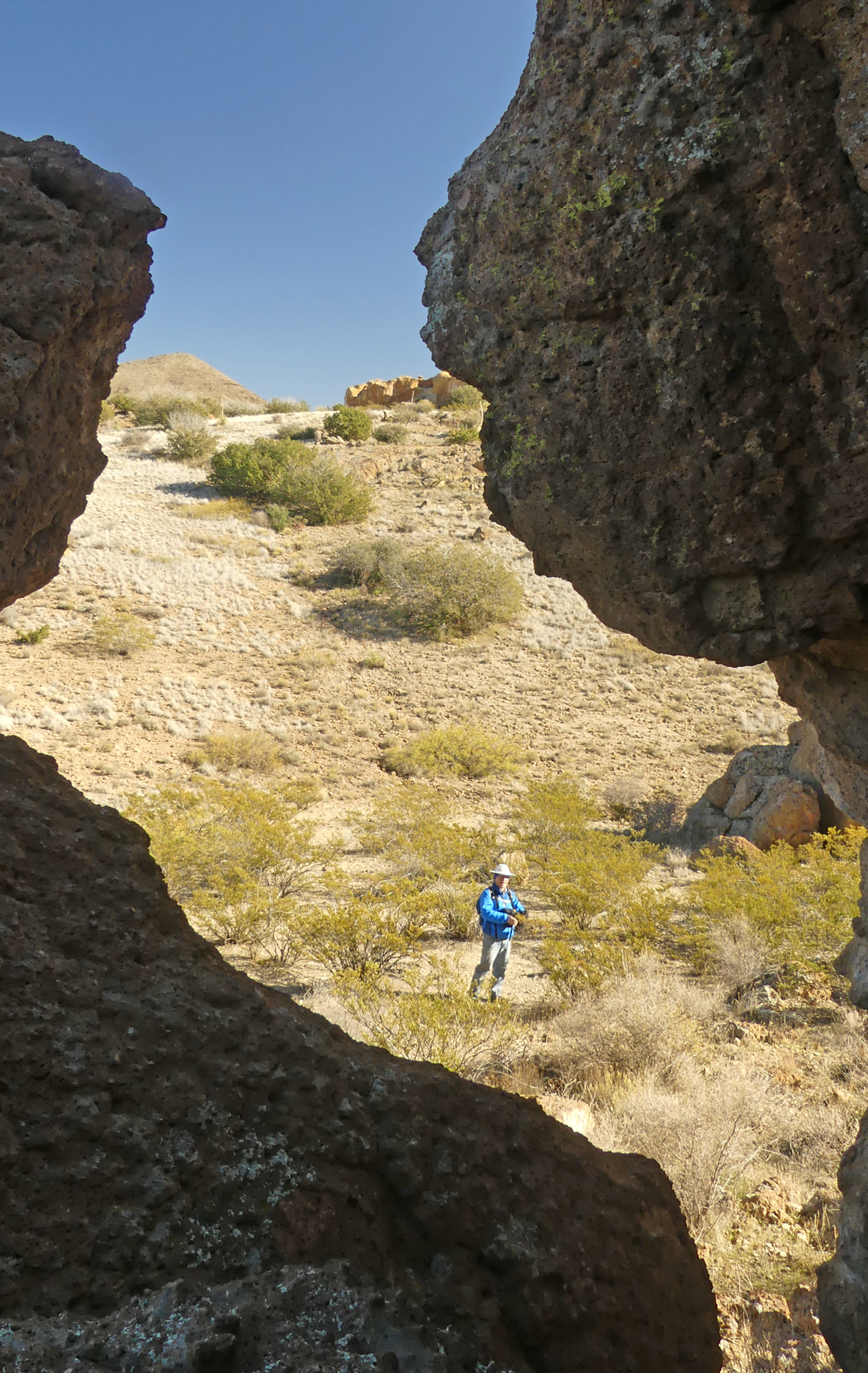 View from the "cave". 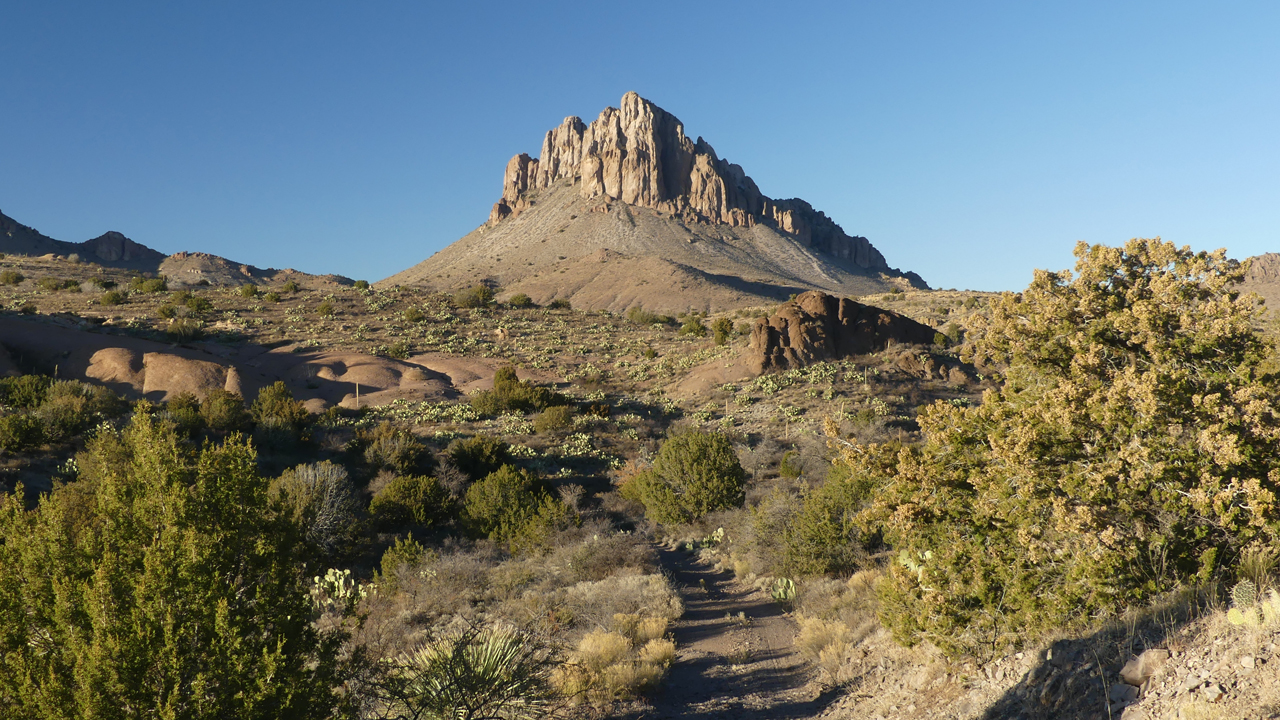 We tend to think that if the road appears on our ancient-but-digitized topo maps, it must exist on the ground. We should know better! Nevertheless, with a bit of perseverance we slowly made our way toward Steeple Rock, the stunning monolith visible from almost anywhere in southeastern Arizona or southwestern New Mexico. 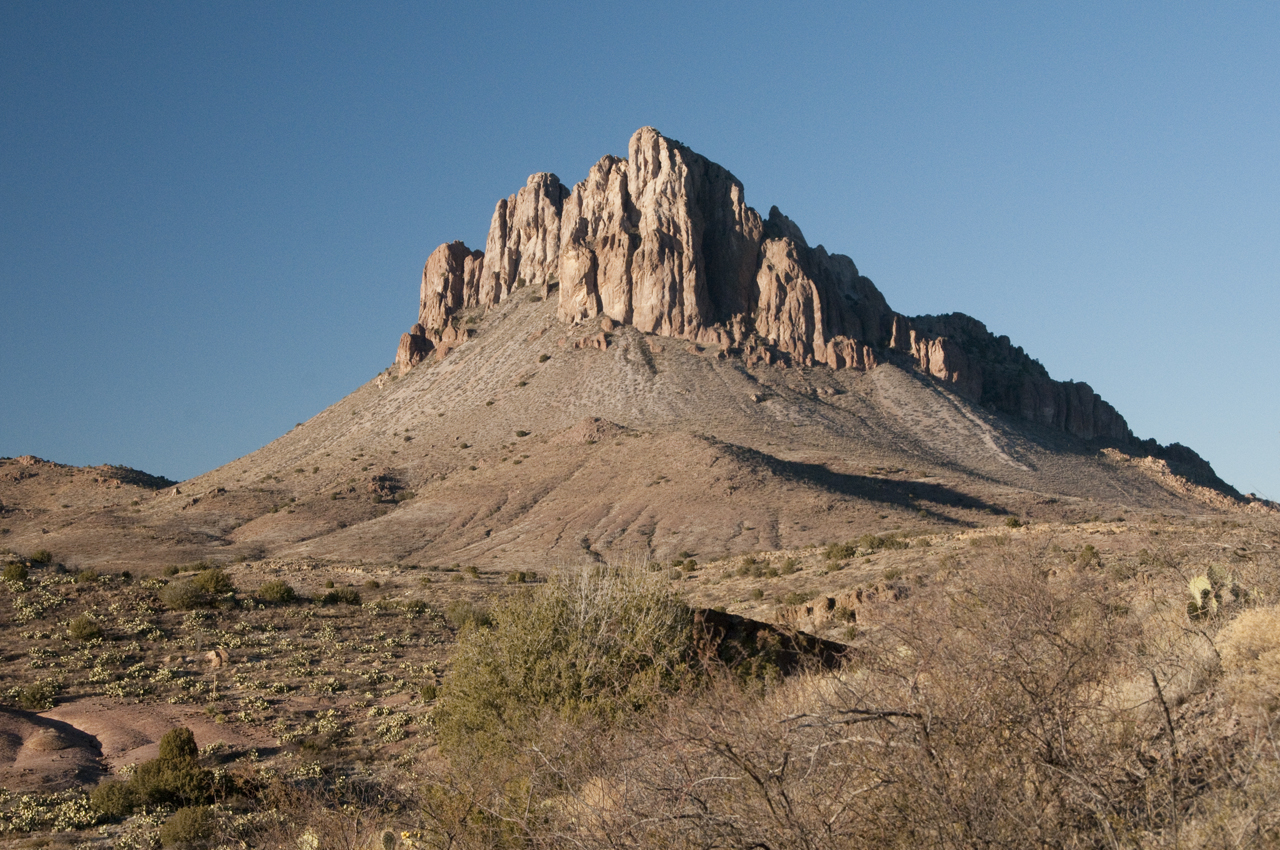 Up close and personal, it was even more imposing than I imagined. We were still nearly two miles away when we took this photo. 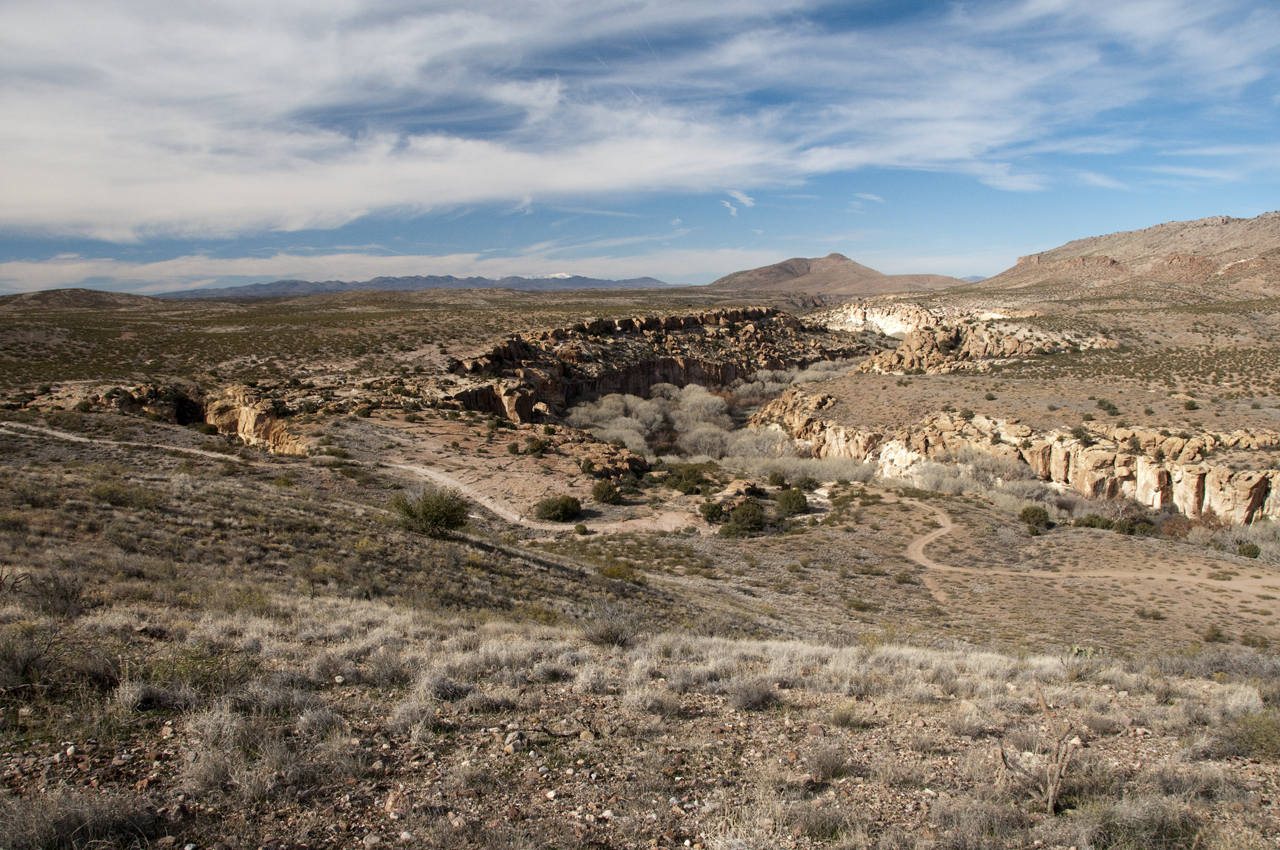 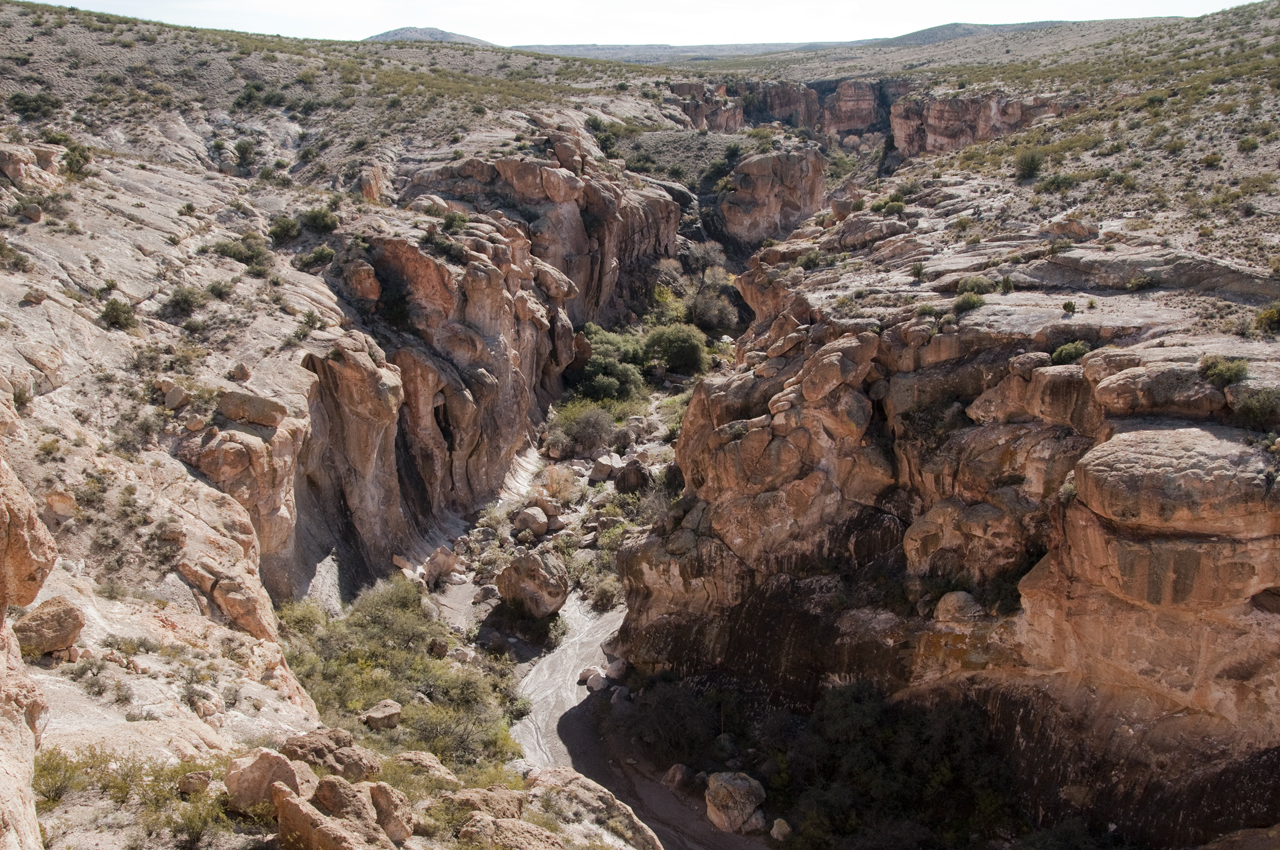 The Duncan area is emerging as a birding "hot spot", but as we learned on this visit to the Gila Lower Box Canyon, it's also a paradise for adventurous hikers. 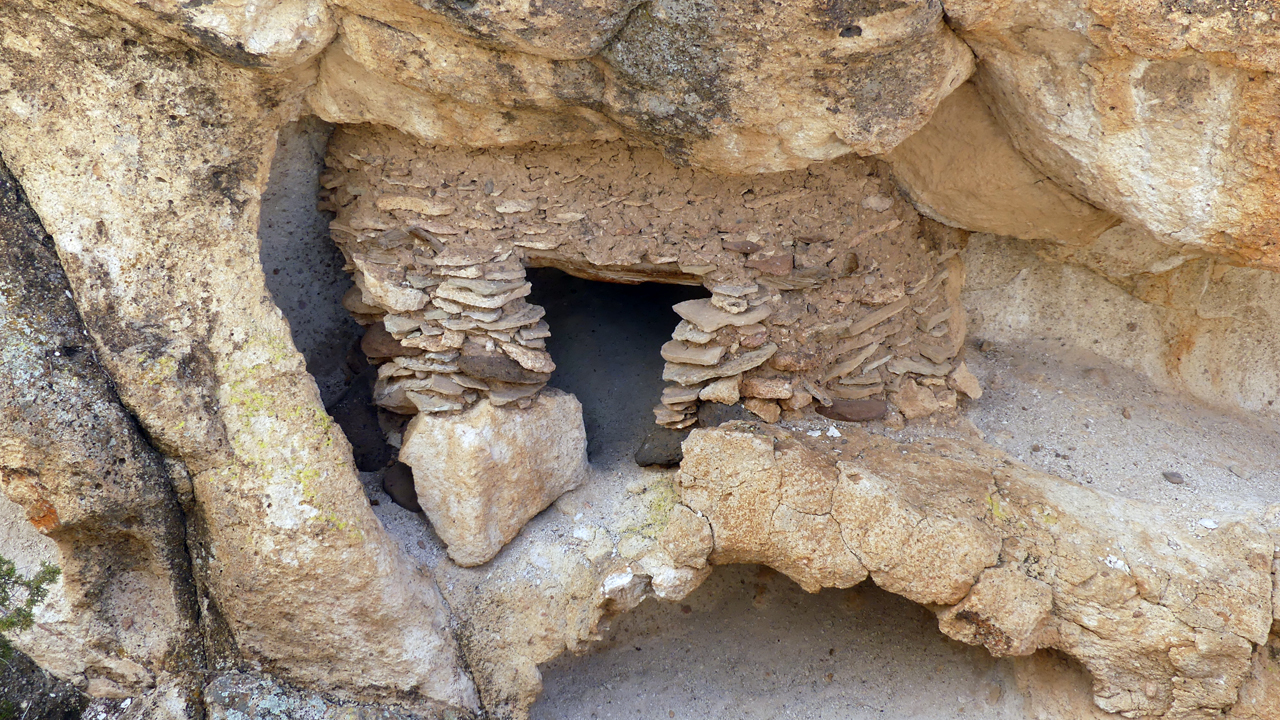 A well-built granary tucked high in a slot canyon. 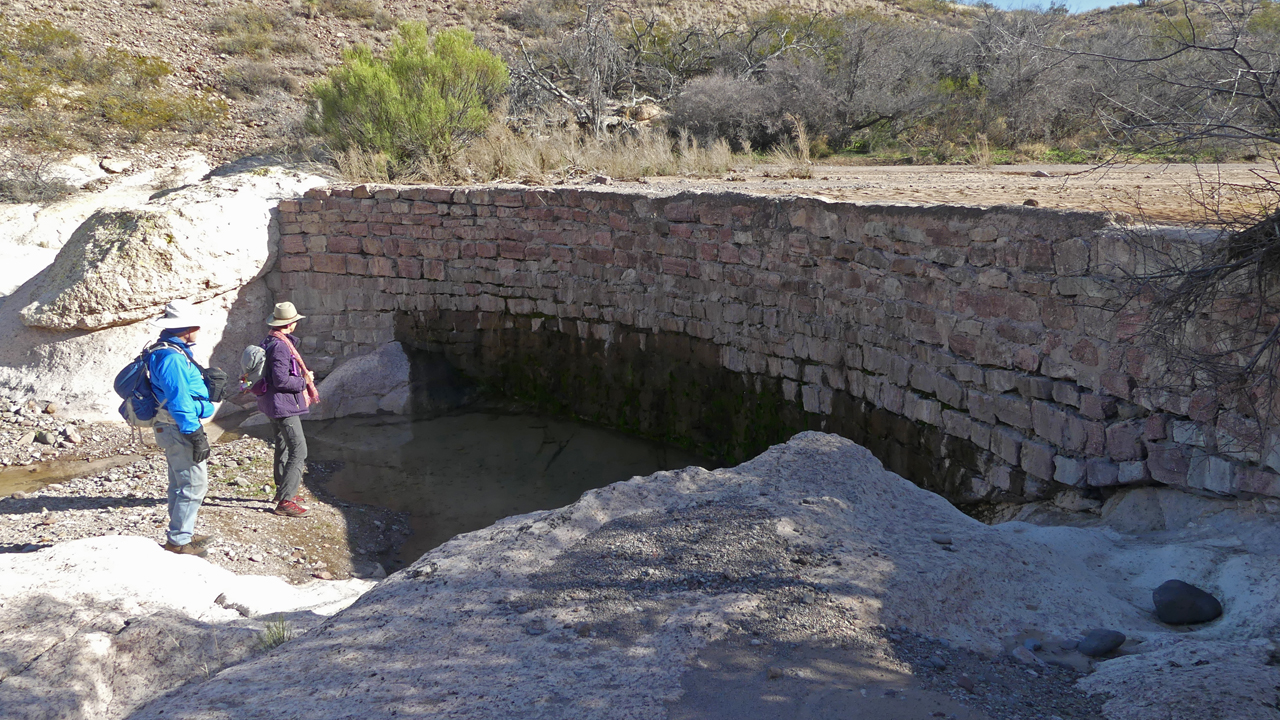 In a forgotten side canyon, a massive dam held back what must have been a very large tank — now silted in, as is the fate of all dams. 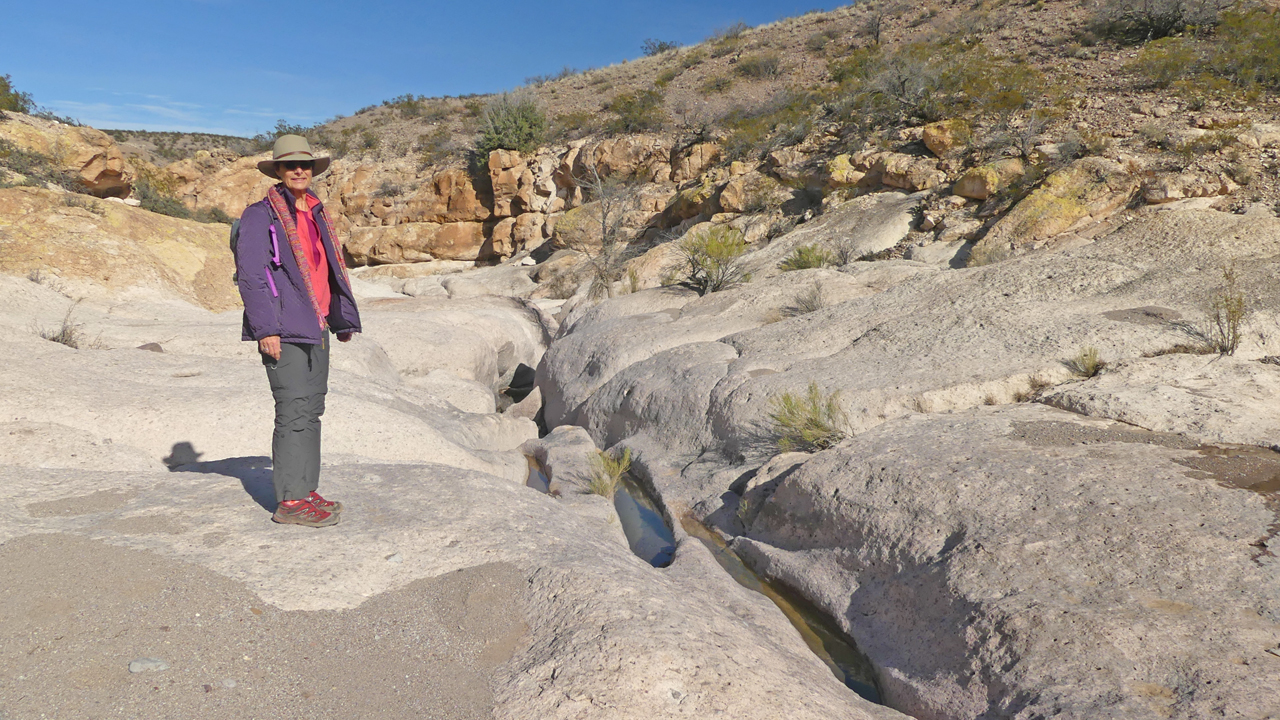 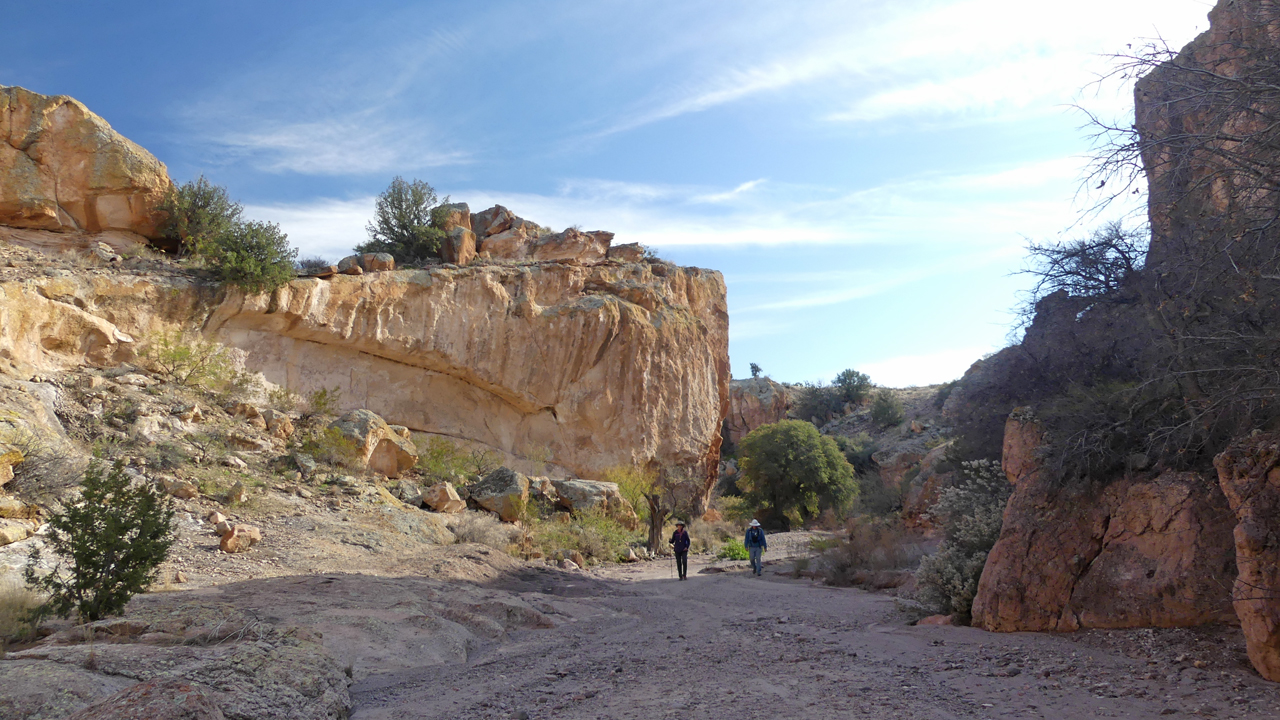 As the canyon deepened, the layers of rock turned from white, to ruddy, to yellow. 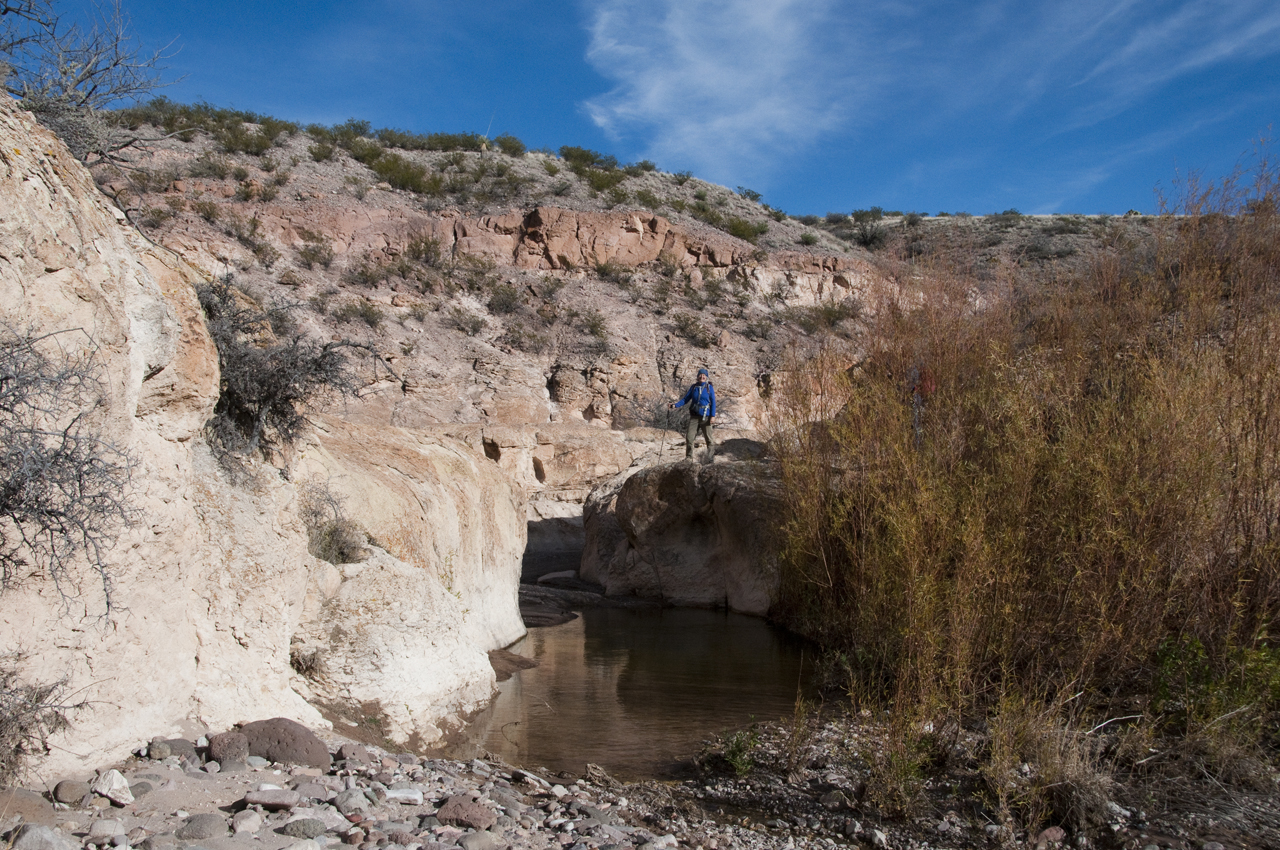 The one tight spot, with a long, deep pool, steep sides and a dense grove of tamarisks. 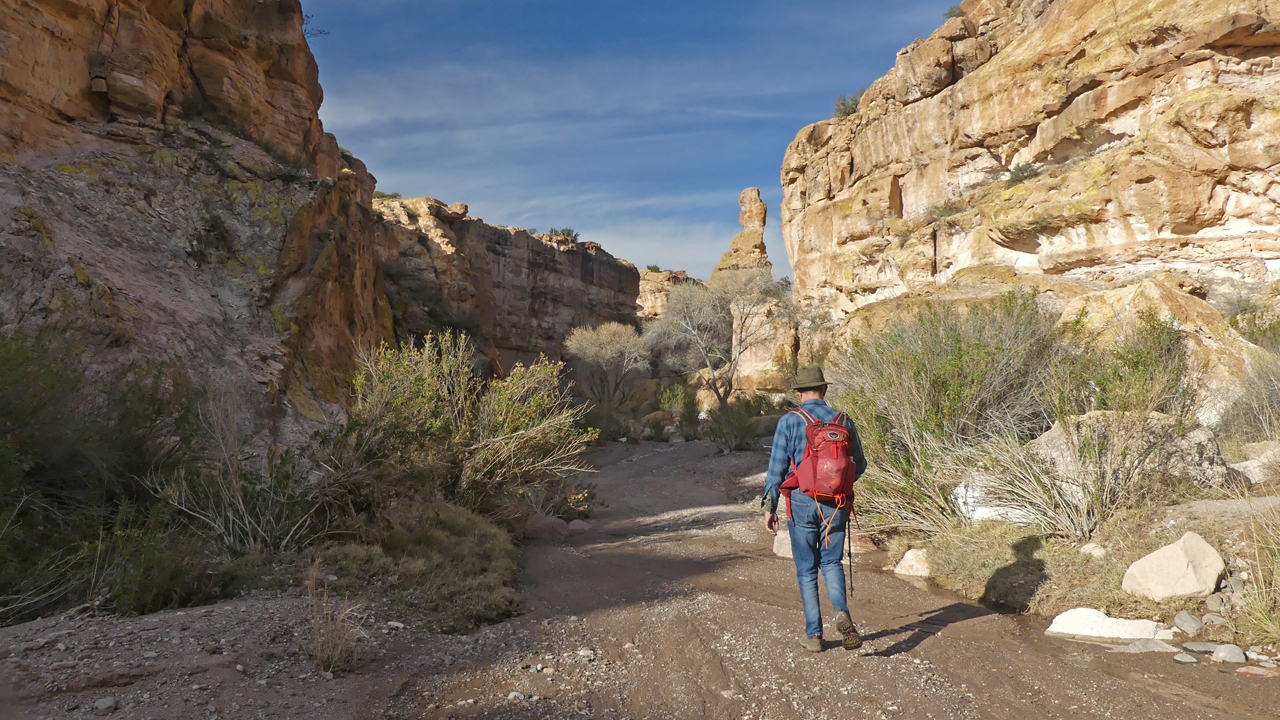 We were sure we'd be blocked by a choke stone or a dry waterfall or a tangle of tamarisk, but the canyon remained wonderfully walkable. 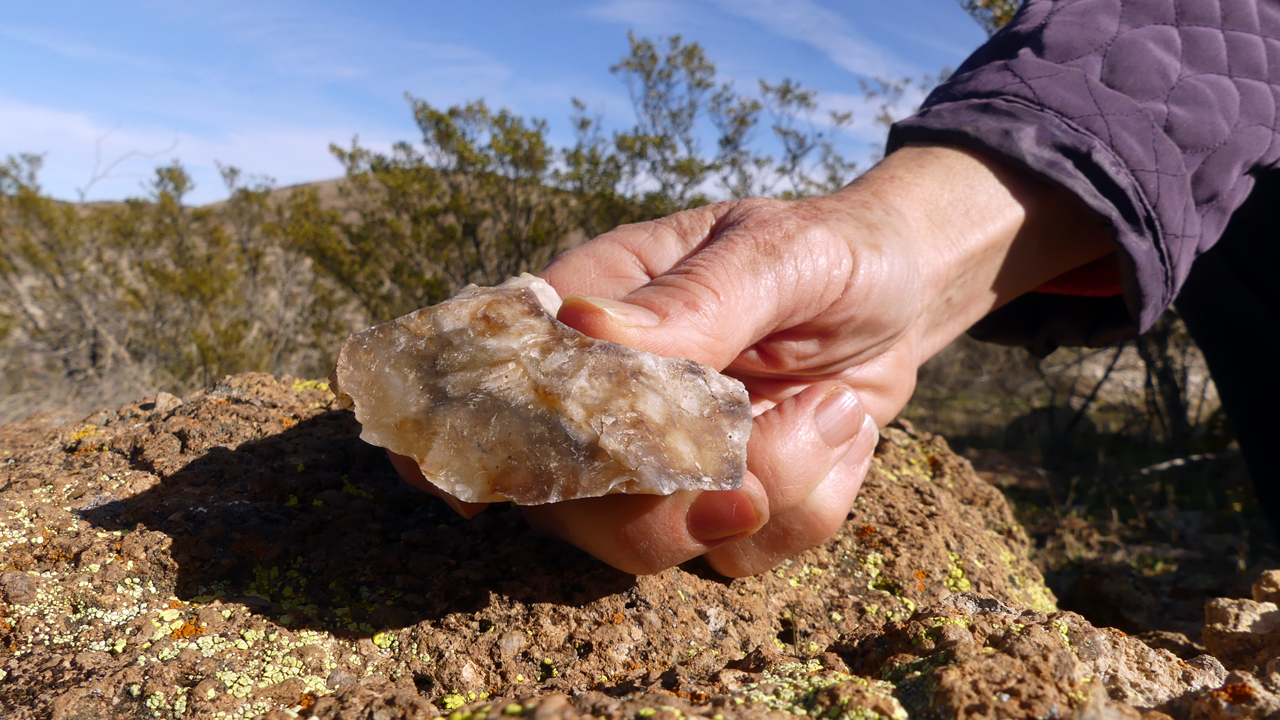 Ann identified this handsome rock as alibates flint (chert), possibly from the Texas panhandle, and used to fashion tools for cutting, piercing, drilling and scraping. How did it make its way here? 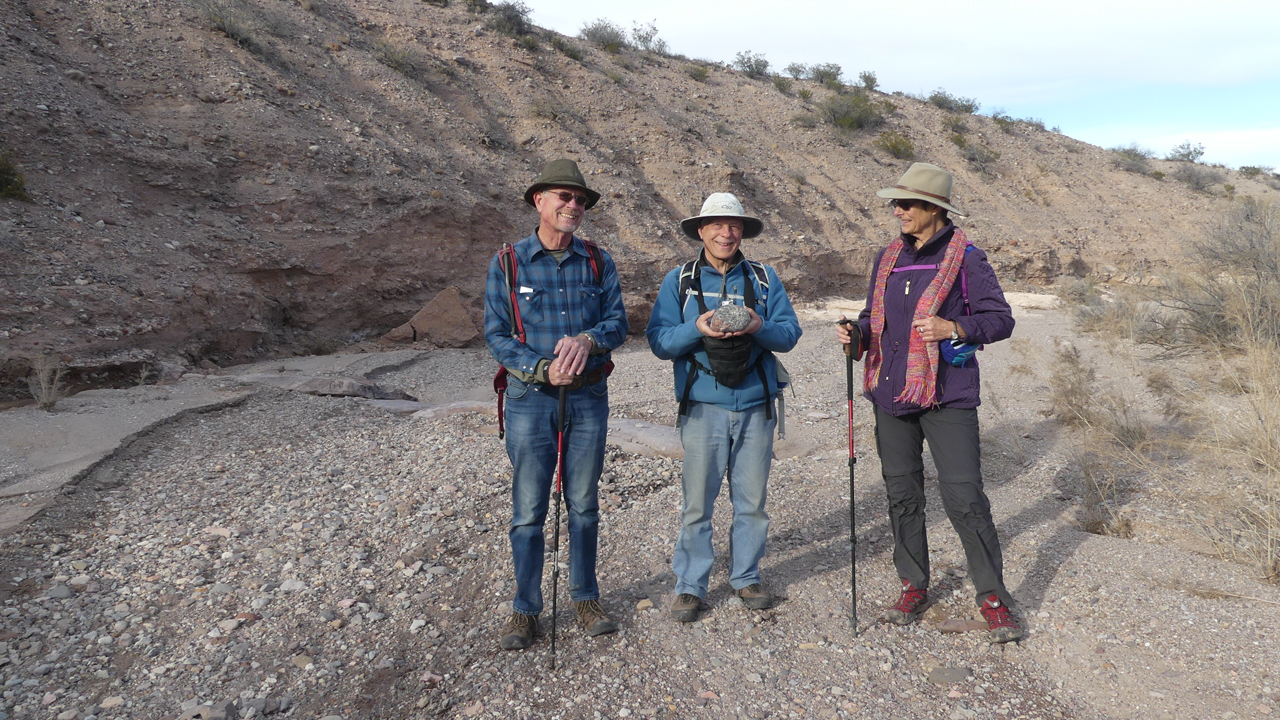