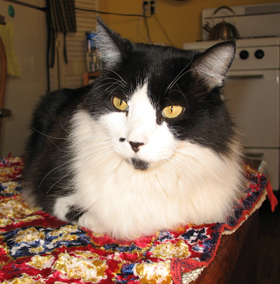 When Mourek died, he left a big hole in my life for a big, fluffy cuddly black-and-white lap cat. I told my friend to keep an eye out for a rescue cat with big white feet, and one day she brought me a photo of Sam, a Norwegian Forest cat who was homeless after his human moved back home with a relative who was allergic to cats. I found him alone, in an empty house with no furniture and no air conditioning, in May, 2002. I decided immediately to take him home, if only to get him out of that place.

Sam looked a bit like Mourek, but while Mourek was brilliant, confident and fearless, Sam was paranoid, posessive, and eccentric (like some of the guys I dated before I upgraded to Husband 4.0).

Sam hid under the bed for two months, only coming out to eat or drink under cover of darkness. Sometimes we called him "Catula". 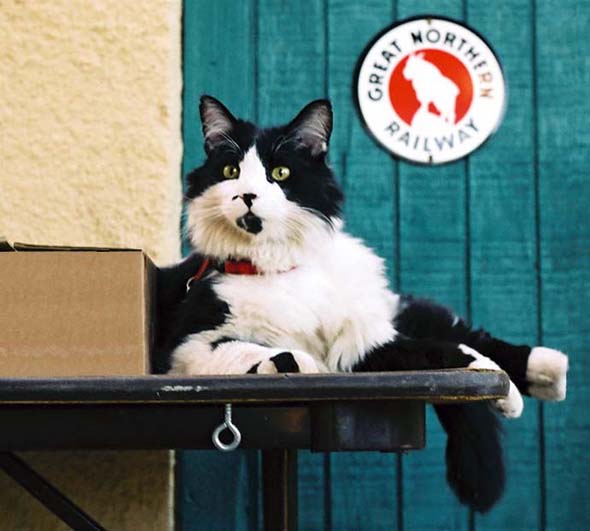 But each cat is unique, and each one has important lessons to teach us. Caliche taught me how to live well in the desert. Shmudla — old queen that he is — taught me how to be fabulous. And Sam taught me that you don't have to be smart and talented to get along the world; it's enough to be cute and cuddly and give great massages. 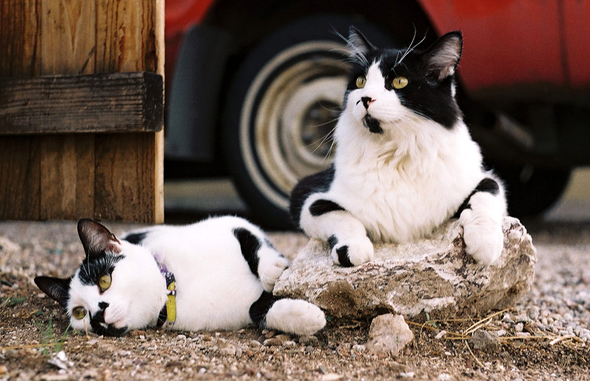 One day Sam emerged from under the bed, crawled onto my belly and immediately began giving me a vigorous massage. From that day forward, no horizontal human surface went unoccupied. 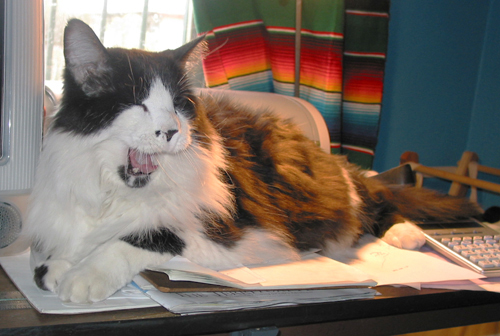 Sam was a constant paperweight on my desk during the years I worked at home. His favorite spot for a nap was on top of my most important papers. It wasn't enough to crawl on my belly. He had to scrunch his white-gloved paws all the way up to my neck — or balance one claw on my lower lip.

Then one day we discovered that he also loved being vacuumed. 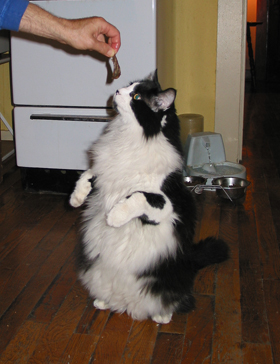 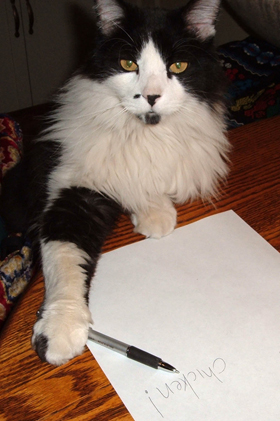 The only thing Sam loved more than me was chicken. Here he is adding chicken to our shopping list! 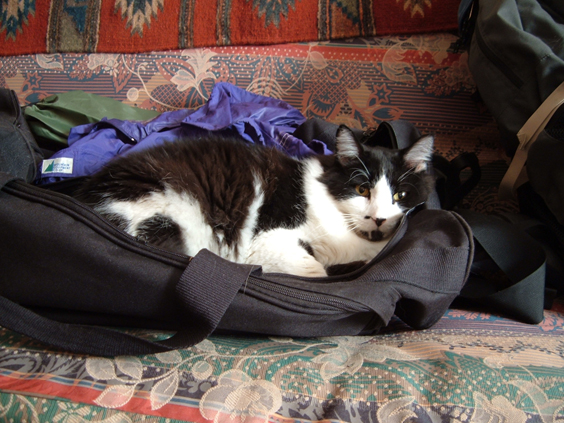 Sam hated being left home alone, and did not hesitate to curl up in our luggage to persuade us not to leave him behind. 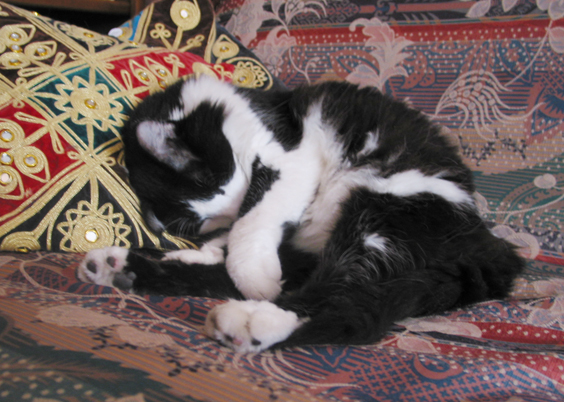 Sam was between five and seven years old when I took him in, and we had nine good years with him. We almost lost him in 2009 when he developed hyperthyroidism. An injection of radioactive iodine seemed to completely cure him, but in August, 2011, he was diagnosed with cancer of throat. 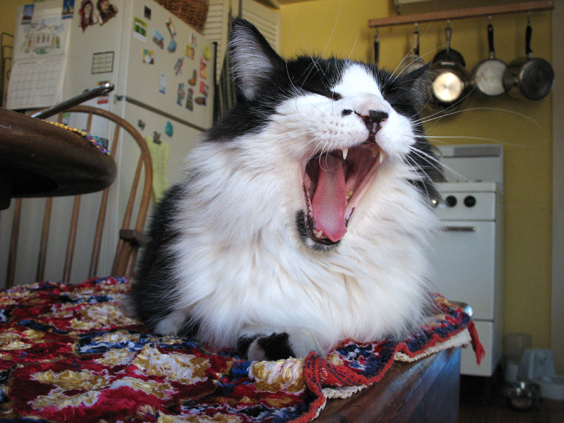 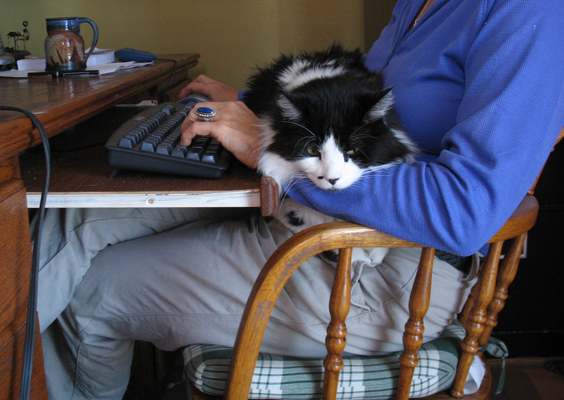 We said good-bye to Sam today, and buried him in the backyard near a spot where he liked to hang out. Although we still have two cats, the house already seems impossibly empty.