After a year of living on the edge of the Sonoran Desert, I began to wonder what the rest of it was like. Only one-third of the Sonoran Desert is in the United States. When friends invited us to go camping on an isolated beach in Mexico, we thought about it for all of three seconds.

It was a 10-hour drive to the Seri Coast — three of them over one of the roughest dirt roads I'd ever driven.

As we sped through the dark, dodging potholes and washouts, I sometimes thought about the fact that I was driving a 21-year-old vehicle over an isolated gravel road in a country that's famous for its highway robberies. Time for another cold Tecate! 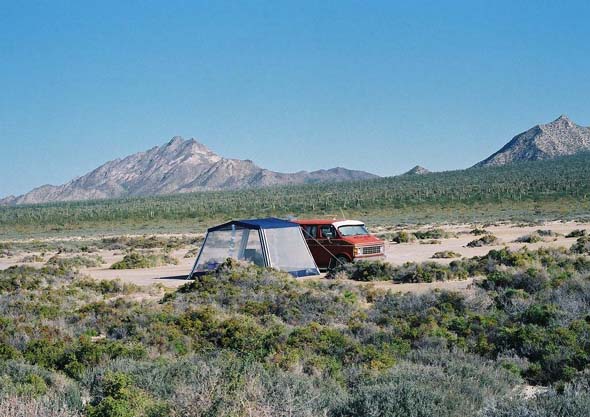 And then it was morning. And we woke up in the most unbelievable place! 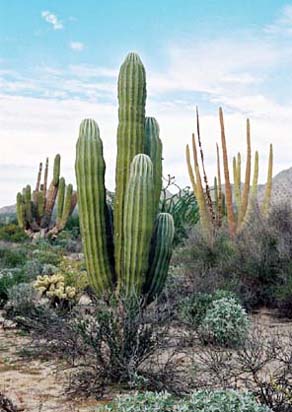 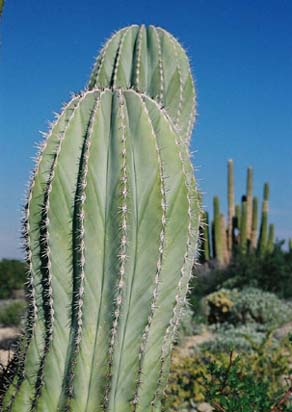 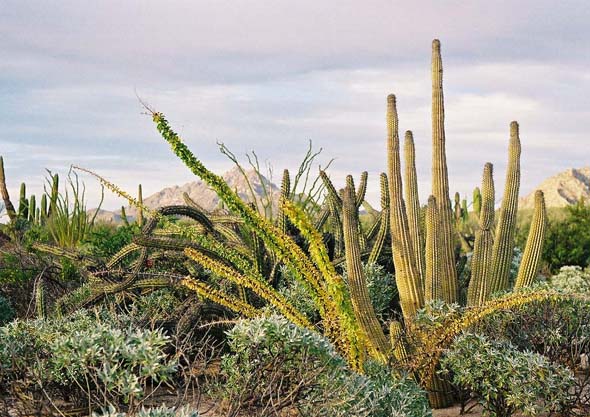 The Sonoran Desert on one side, a shimmering blue sea on the other. I was dazzled by both the differences and the similarities to the southern Arizona Desert. The biggest difference -- literally -- were the magnificent cardon cacti -- the largest cacti in the world . 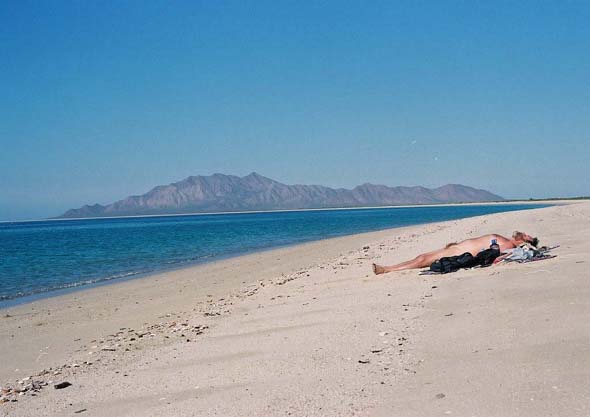 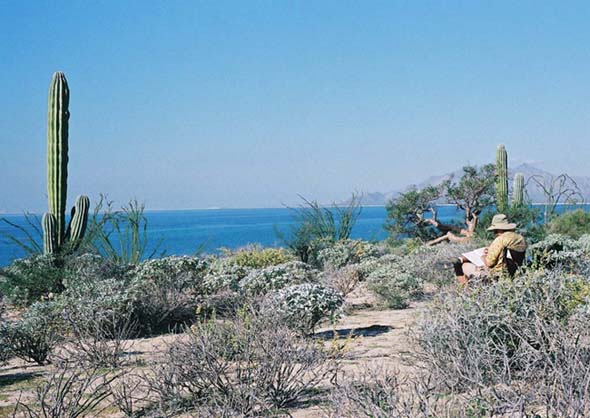 The only inhabitants of this isolated coast are some 500 Seri Indians -- the smallest indigenous tribe in Mexico. Although the coast is a biological reserve, poor roads are probably its only real protection. 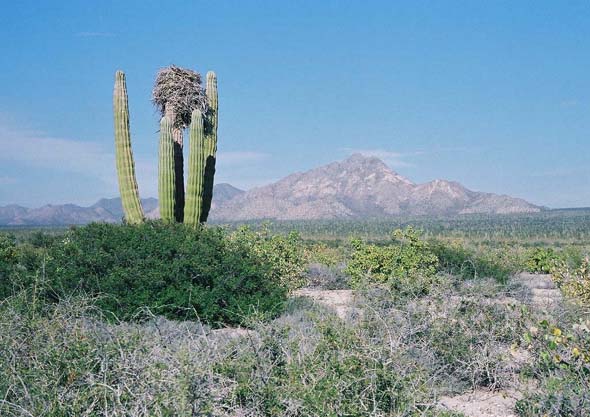 Although we saw fewer mammals than in the Arizona Desert, the seabirds were numerous and varied, including herons, dowatchers, sandpipers, loons and many, many osprey. This osprey nest was particularly imposing. 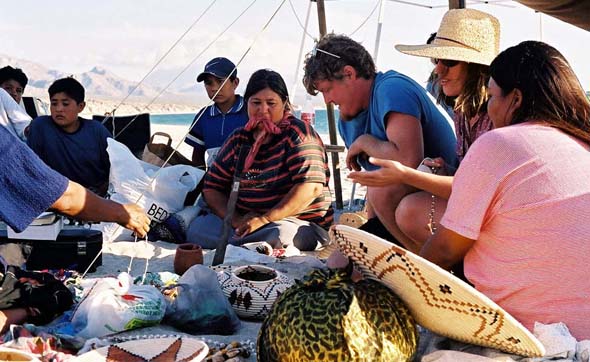 Refusing to work for outsiders, the Seris live by fishing and handicrafts (ironwood carvings, necklaces made of shells and fish or snake vertebrae and elegant woven baskets). Although they accept money, they are much more interested in trade goods -- especially tools and clothing. 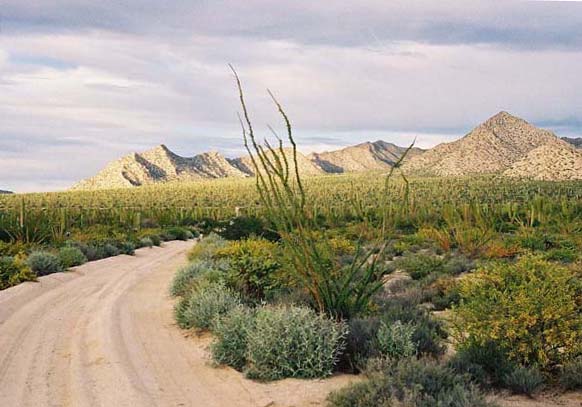 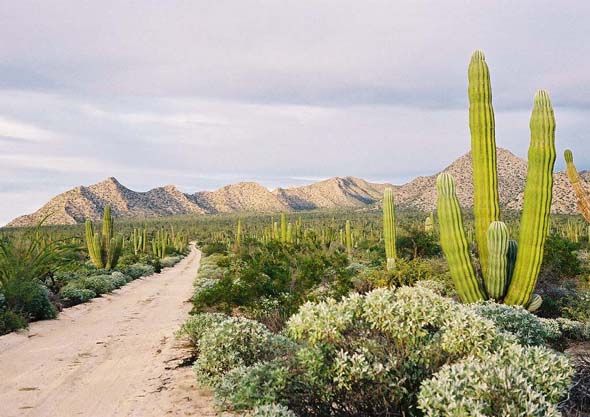 My first trip to Mexico was an eye-opener. More wilderness than Arizona. Greater extremes of wealth and poverty than Bulgaria. We never saw any banditos, and the federales were just kids -- quick to smile and very amused by my attempts to speak Spanish.

ANow back home In Tucson, I realize that I live in the North, not the South. Hmmm......