There are two magnificent cities I have been privileged to call home. One is Tucson and the other is Montreal, where I lived for 10 years. I returned for my first visit since 1997 in the first week of August. 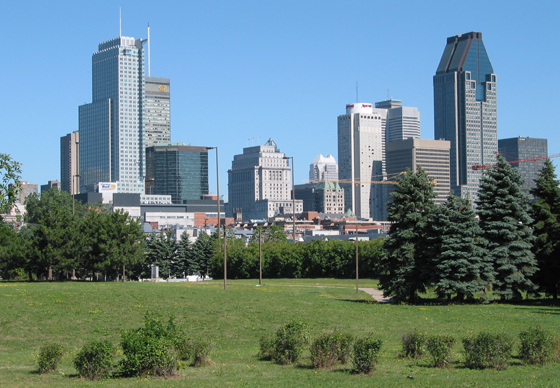 We began this trip down Memory Lane with a walking tour of the colorful Amherst neighborhood ... 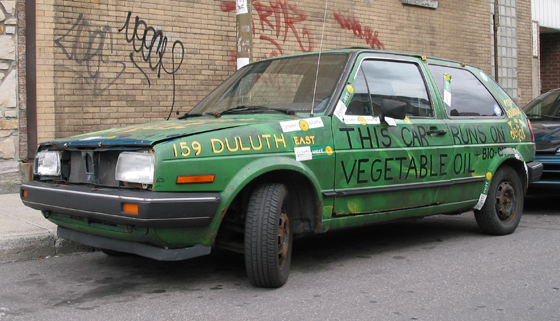 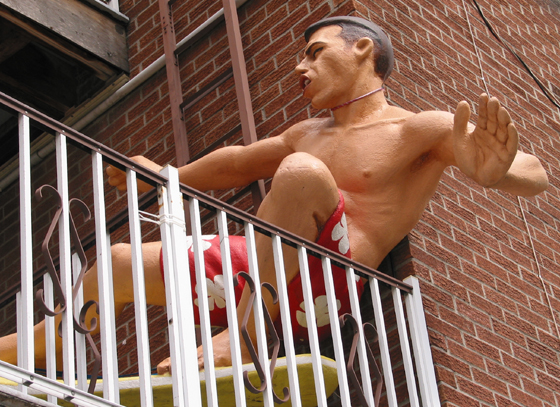 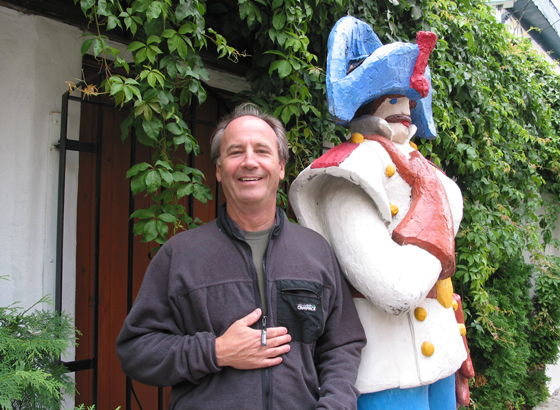 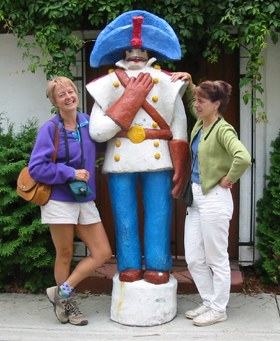 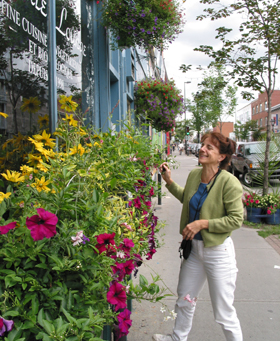 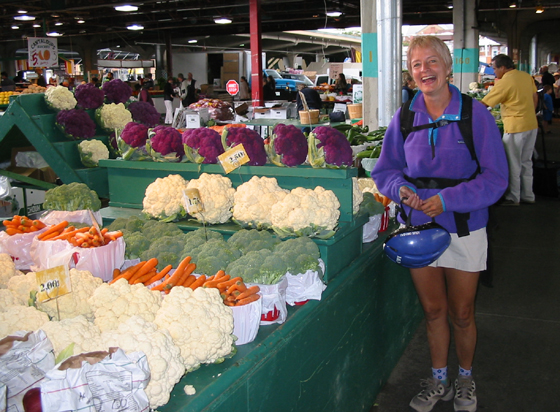 For our first bike ride, we rode north across the island to Marche Jean-Talon to pick up a few treats for Marie-Anne's birthday dinner. Just look at those brilliant purple cauliflower! 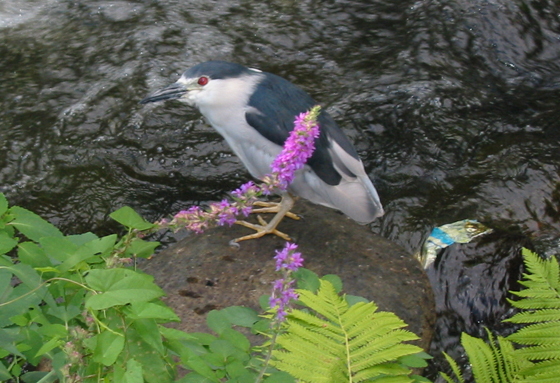 We continued all the way to Ile de la Visitation, which is now a lush City park with lots of landscaped footpaths. Next to Bistro des Moulins, housed in one of the restored mill buildings, we spotted a black-crowned night heron fishing amongst the stalks of salicaire mauve. If he eats here, the food must be good! 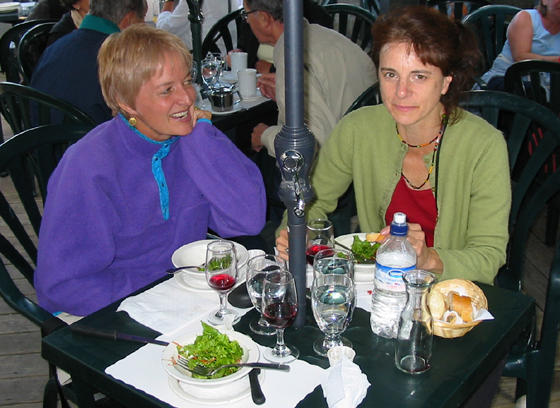 We stayed for dinner on the terrasse, celebrating the first of several days of birthday. 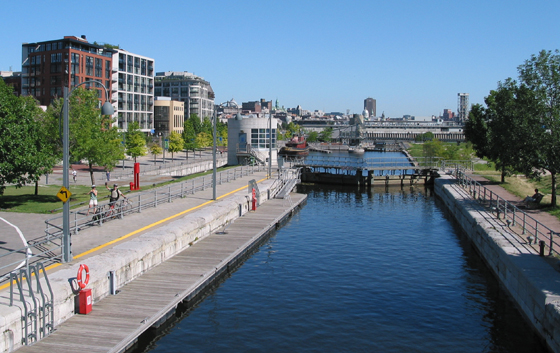 Montreal has continued to expand its very impressive network of bicycle paths. The most enchanting is the one that follows the former Canal Lachine, constructed in the 1830s. 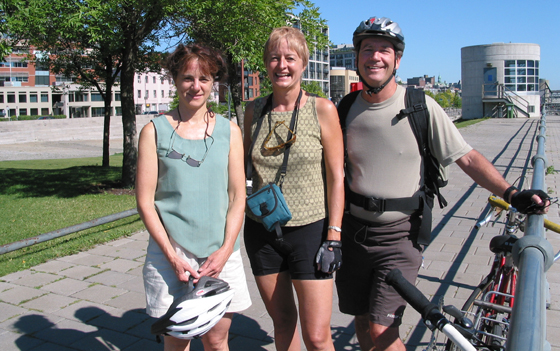 Most of the landscaping was completed by the time I left Montreal, but since then the City has cleaned up the canal, restored the locks and reopened it to pleasure boats. 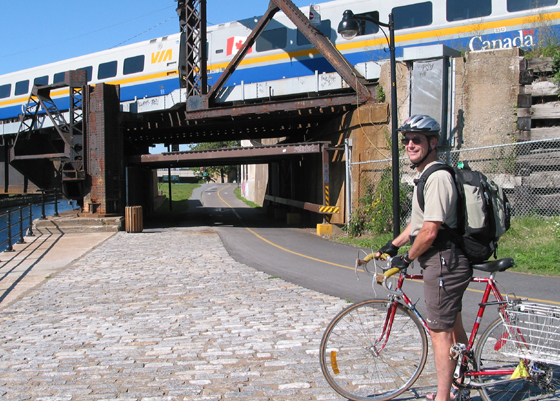 This picture was taken shortly after David took a long flight off a short pier. David, his front wheel and the bicycle frame parted company after hurtling a two-foot block wall. The Canal Lachine bike path passes through the oldest industrial area in Canada ("le berceau de l'industrie canadienne"). 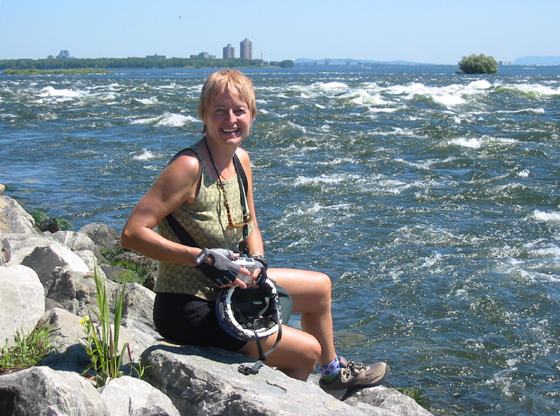 And here's the reason why Montreal exists. One can only imagine the chagrin of the first voyageurs, who navigated the enormous length of the St-Laurent only to find their way blocked by the longest rapids in the world. 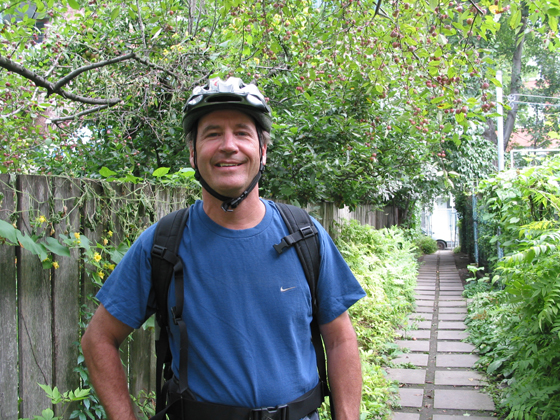 Under pretext of looking for a zip drive for Marie-Anne's computer, we toured the "ruelles" of downtown Montreal ... 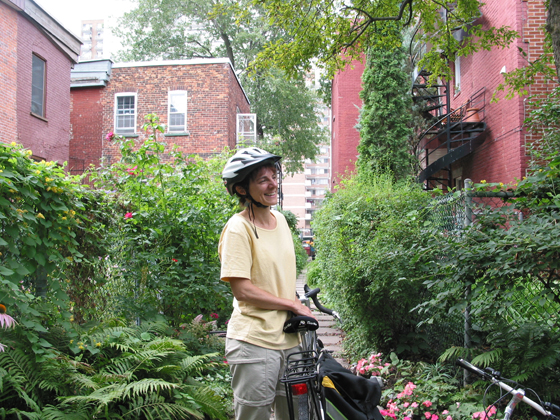 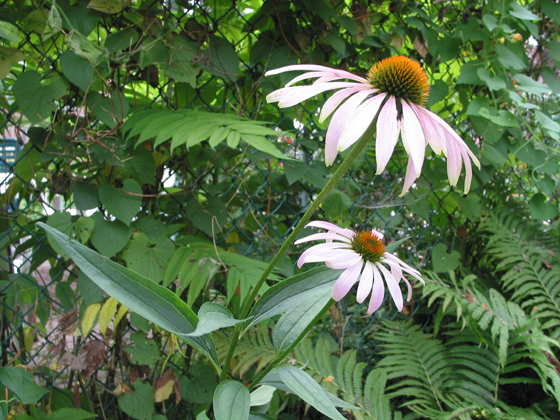 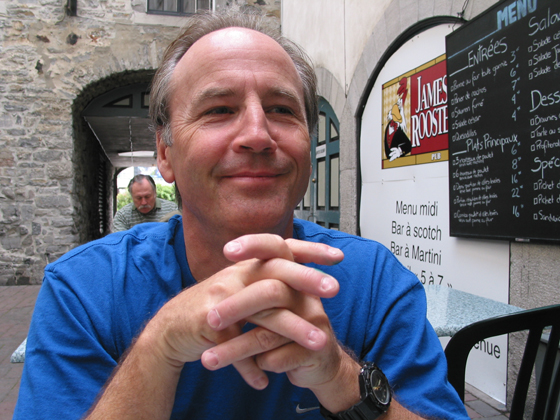 We finished our tour of Old Montreal with a beer at the "James Rooster" Pub. 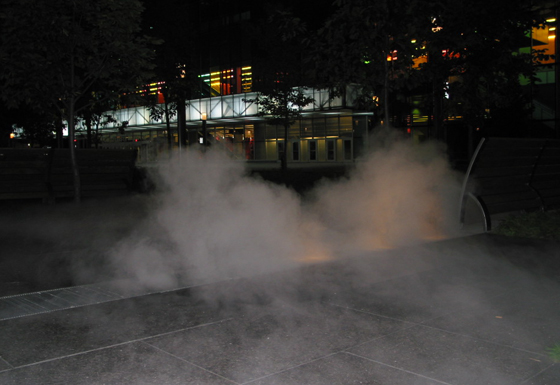 Dinner with Serge and Jocelyne on Monday night included a side trip to Fontaine Riopel, which exudes clouds of steam followed by blades of fire every hour on the hour just west of Palais des Congres. 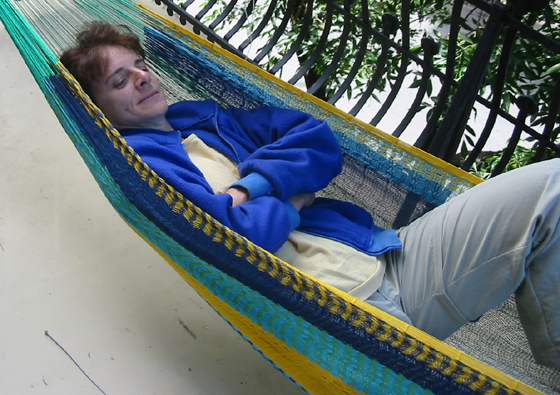 On this trip, we resisted the urge to pack every second with activity and took time to enjoy Marie-Anne's third-floor balcony. 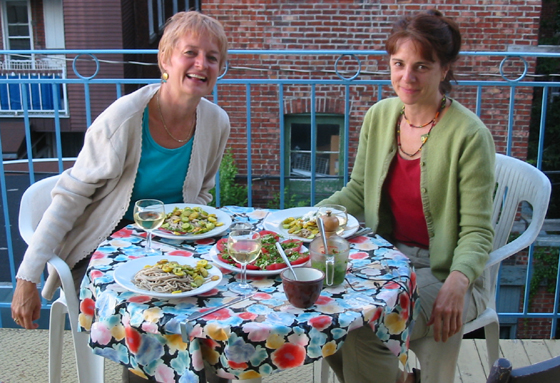 Here we are celebrating another day of birthday ... 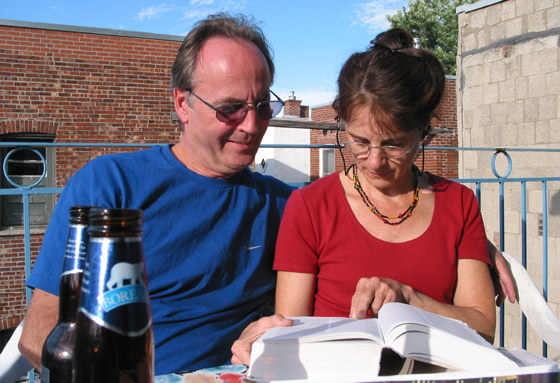 "Le Petit Robert" helped us settle such critical issues as the difference between 'oink' and 'burp' (les deux sont cochons). 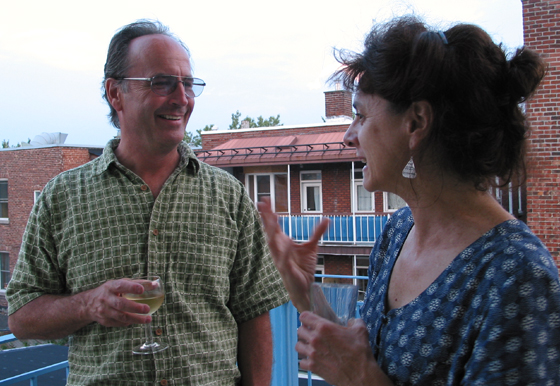 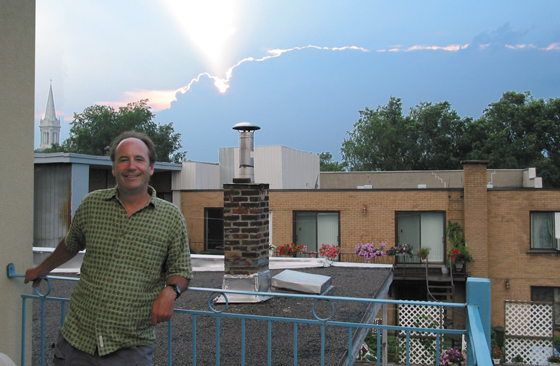 As a good-bye gift, Montreal gave us a magnificent electrical storm. What we might call here a real gully washer. Un beau cadeau, n'est-ce pas?