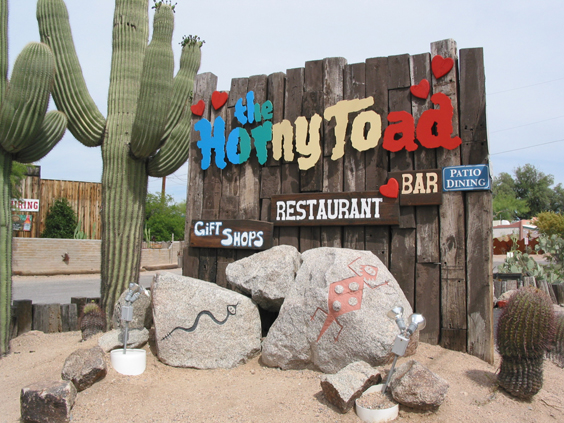 If you're heading for Sheep Bridge, the shortest route is along the east side of Horseshoe Reservoir. But it means fording the river twice just below the reservoir. The following photo was taken looking upstream towards Horseshoe Reservoir while wading through knee-deep water at the first crossing. When we discovered that the water was thigh-deep at the second crossing, we reconsidered our route. 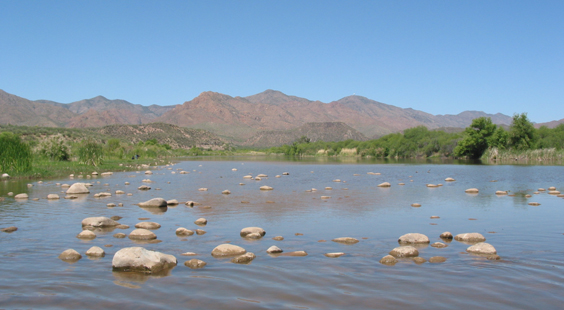 Instead, we backtracked through Seven Springs and Tangle Creek -- a bone-rattling, teeth-chattering, knee-knocking two-hour jeep ride that climbs to 5000 before tumbling into the Verde River Valley. 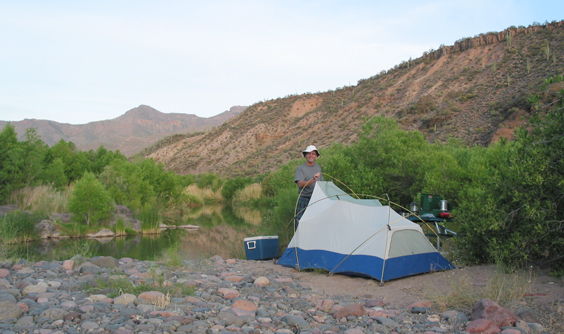 We camped at one of the few access points where the river is not shrouded by thick cattails and salt cedar bushes. 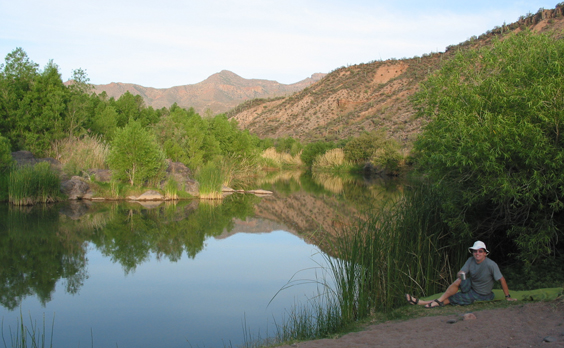 During the day the temperature was well into the 90s, but we stayed cool by splashing in the margarita-green water. By evening it was cool enough for the sleeping bags, and we were lulled to sleep by the wind in the willow trees and the chuckling of Gambel's quail. 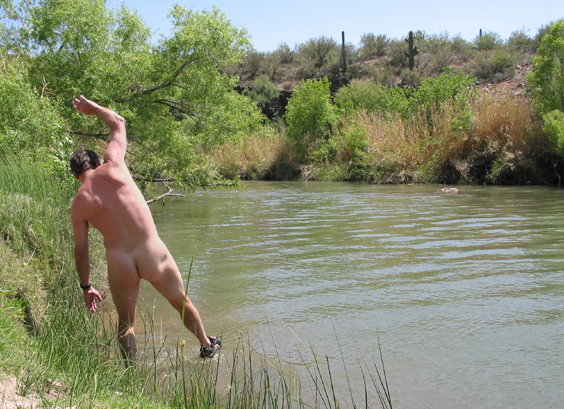 This is as close as David will ever get to folk dancing.

Very early the next morning, after several cups of stout coffee, we set off on foot for Chalk Mountain, a white layer cake of a mountain that stands in sharp contrast to the red rhyolite and black basalt cliffs that are typical of this valley. We were surprised to discover that the east side of the river is a wide grassy bench with great views in all directions. 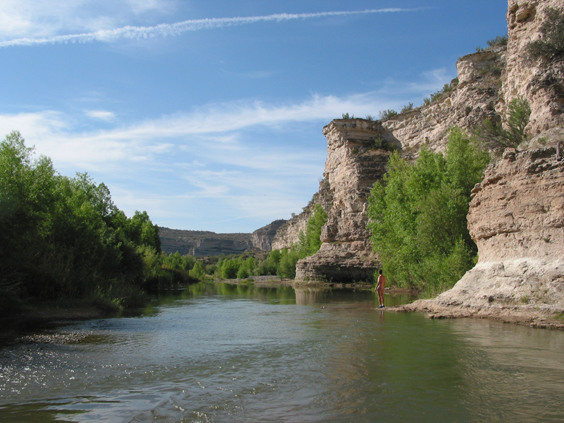 Near the base of the Chalk Mountain, we followed a rough jeep trail down to another of those rare clearings along the Verde River. Here the river picks up speed as it sweeps below tall limestone cliffs, a ribbon of cool green in the white hot desert. Hundreds of swallows make their home in the cliffs, and we saw a dazzling variety of other bird life including turkey buzzards, great blue herons, egrets, ravens, Mexican jays, red-winged blackbirds, grackles, Scarlet tanagers, Western tanagers, orioles, Gila woodpeckers, goldfinches, grouse and Gambel's quail. 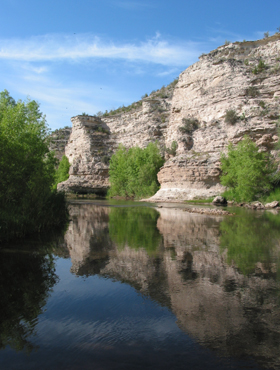 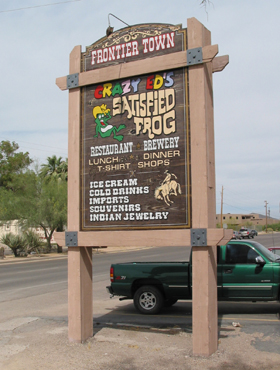