We've had some spectacular monsoon storms the last few evenings. Tuesday night at the height of the storm we decided to go watch the floodwaters from the bridge over the Rillito on Dodge Boulevard. 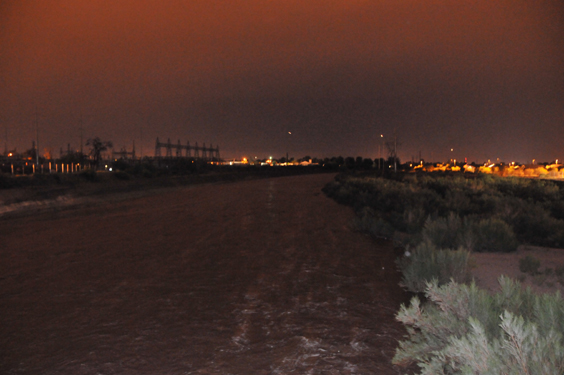 The fast-flowing water in this normally bone-dry wash was exciting enough, but soon our attention was drawn by raucous toad calls from some shallow pools beside the river. 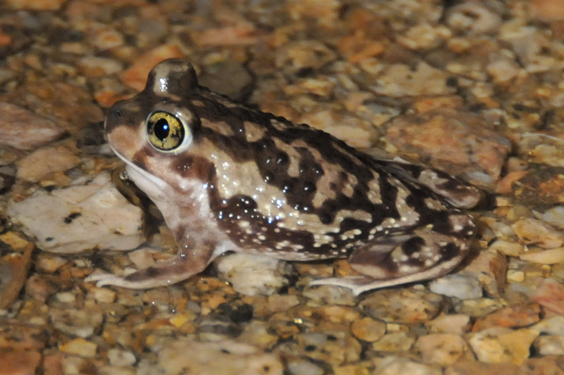 With all the noise they were making, I expected to see Colorado River toads, the largest native toad in the U.S., which are common here in the Sonoran Desert. Instead, we found these cat-eyed toads hanging out in puddles in a city park. 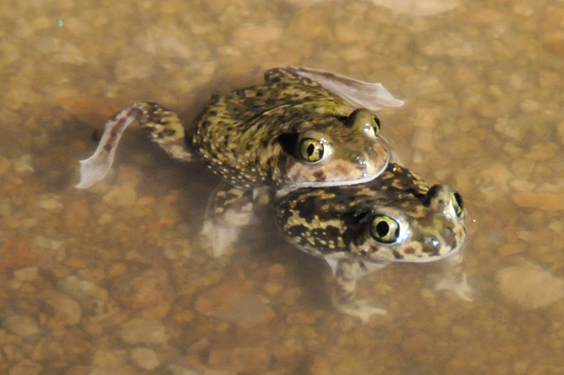 This was my first encounter with Couch's Spadefoot Toad, a species native to the southwestern United States and the Baja region of Mexico. You can telll a spadefoot by those cat-like vertical pupils (true toads have horizontal pupils).

Spadefoots live for the monsoon. They spend the rest of the year underground awaiting their wake-up call: the drumming of raindrops on the soil during a summer thunderstorm. As soon as the males dig out they go looking for rain pools, and when they find them they broadcast the news loudly as they can. The chorus draws silent female spadefoots from far and wide. Mating is an urgent matter for spadefoots. Their tadpoles must hatch, grow, and change into toadlets before the pool evaporates in the summer sun. That's why they do most of their mating the first night the pool forms. Couch's spadefoot toadlets sometimes leave the puddle only nine days after the eggs are laid! 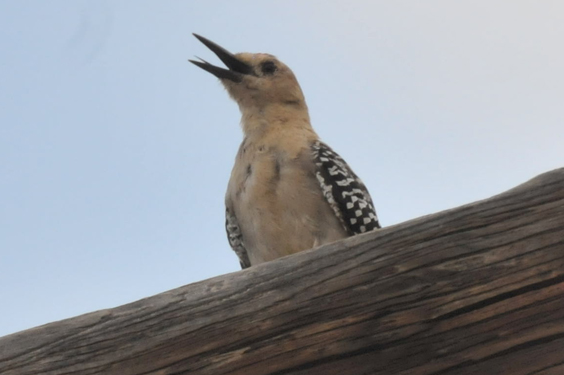 I used to think the monsoon was that awful six weeks when the swamp cooler stops working. It was a small price to pay, I figured, for 10½ months of absolutely gorgeous weather. But now that I've lived here for seven years, I can see that, from the desert's point of view, it's all about the monsoon. These few shorts weeks supply the water that sustains our plants and animals for the rest of the year. Not only spadefoot toads, but seeds that lay dormant in the dry soil for years, suddenly spring to vigorous life.

Meanwhile the streets of Tucson are blissfully quiet. While most residents hibernate in their air-conditioned homes and offices, those of us who prefer to live outside pretty much have the run of the place. Even Sabino Canyon is mostly deserted. If they haven't closed for the summer, our favorite coffee shops and restaurants are cool, dark watering holes that offer a delightful respite from the white-hot streets of Tucson.

P.S. It probably doesn't hurt that this summer for the first time we're living in a house with central air conditioning!