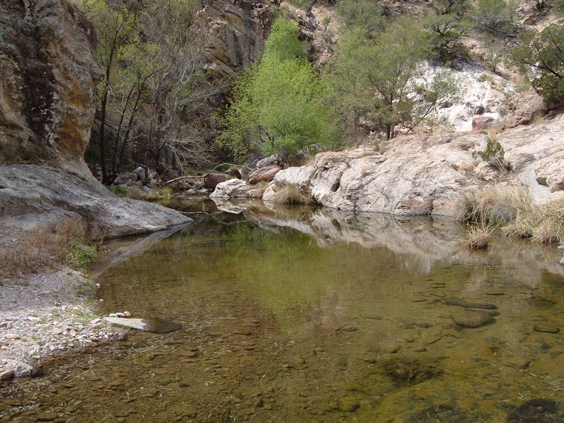 Sycamore Canyon is one of my favorite hikes in southern Arizona. I normally hike this canyon 2-3 times/year, especially during the summer, when heavy rains can transform the canyon into a lush oasis, replete with unusual flora and fauna. 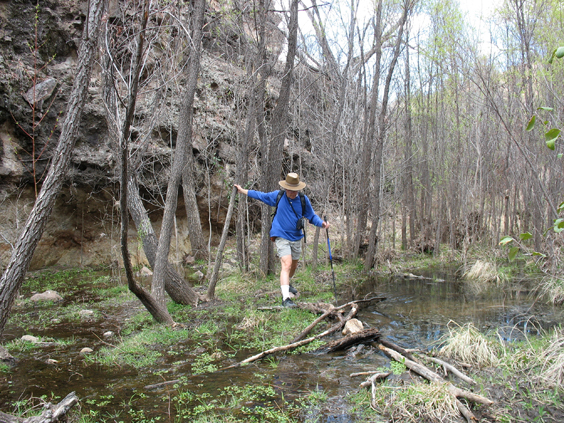 I've stayed away the last two years because of frequent encounters with migrants and coyotes. But a recent account of this hike on Tucson Hikers made me want to give it another try. 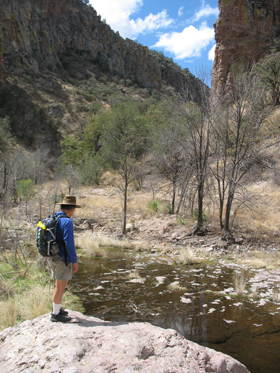 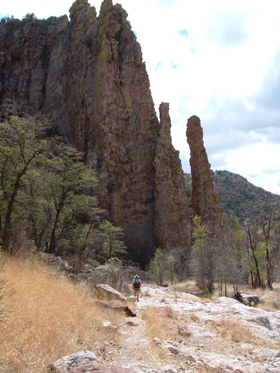 We set out from Tucson on a perfect spring morning two days after a heavy rainstorm. We hadn't made it more than 500 yards down the trail before a migrant on the far slope flagged us down. We couldn't understand what he wanted. All we could make out was "migra", "malo", "telefono", "gringa" and "carretara". We didn't know how many other people might be hiding in the weeds (or if any of them might be armed), so we kept walking until we were out of sight, then headed straight up the side of the canyon. 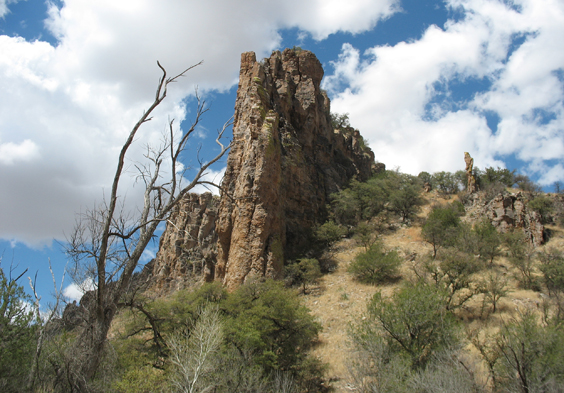 While scrambling up the slope — and shredding our arms and legs on cat's claw — we decided that maybe the fellow was injured and wanted us to call the Border Patrol. Dennis tried every possible location for the cell phone, but there was no signal, even on top of the ridge. 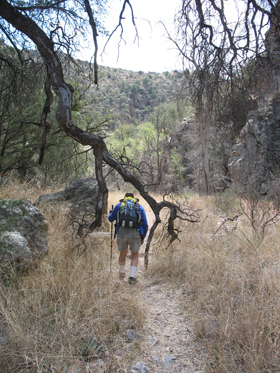 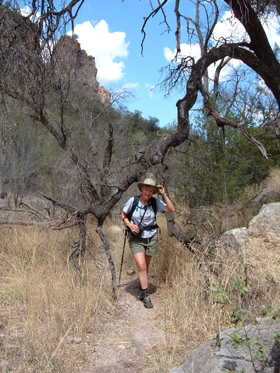 Dennis reached into his day pack and pulled out a sock containing an FRS radio. While he ran through all 14 channels, I surveyed our surroundings. Although there were no signs of migrant traffic on the trail, the slopes above the canyon were well marked by footpaths, fire rings, tin cans and broken bottles. 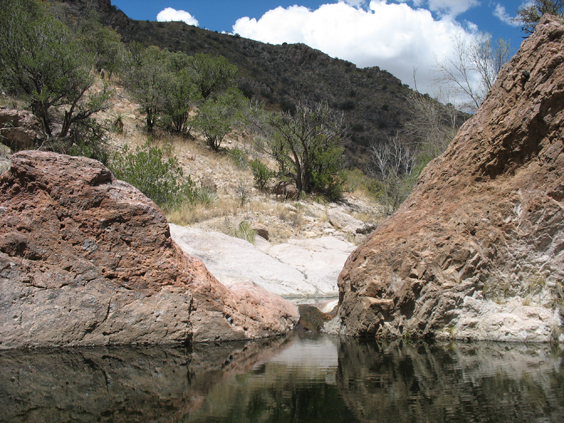 Dennis pulled out another sock, this one containing a handi talkie. By hitting the repeater on Keystone Peak, he connected with Dave, a fellow ham who was monitoring the station, and asked him to call the Border Patrol. Dave called us back a few minutes later to tell us that the Border Patrol didn't recognize "Sycamore Canyon nine miles past Pena Blanca Lake" and needed a better address! So, the people in charge of monitoring the border can't identify the first major watershed west of Nogales?!! 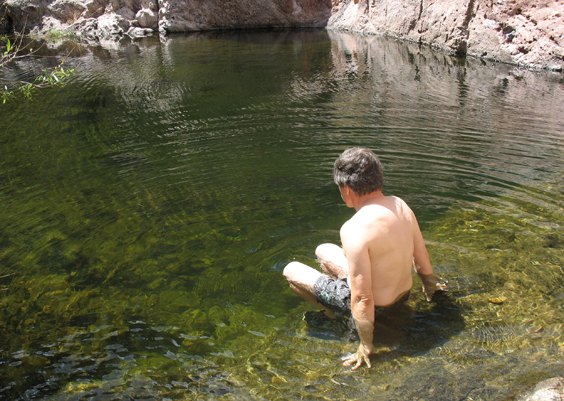 We continued on our way. The weather was glorious, and although the water was glacial, we both managed a quick dip in the bottle green pool about a 1-1/2 hours from the trailhead. But we kept wondering about the injured migrant, and whether we'd done the right thing. 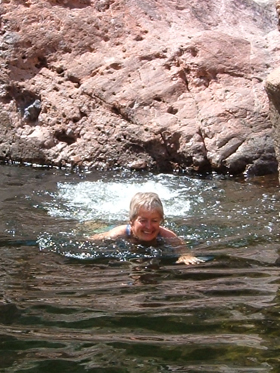 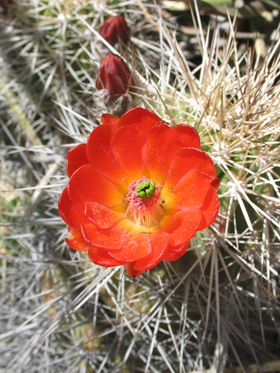 We met three other hikers at the pool, and asked them if they'd seen any activity at the trailhead. "Oh yeah," they said, "There's an EMT putting a splint on a guy with a broken leg, and a Border Patrol agent heading up the canyon with a machine gun." They said the migrant was left behind by the rest of his group because he was injured, and "a couple of hikers called it in." 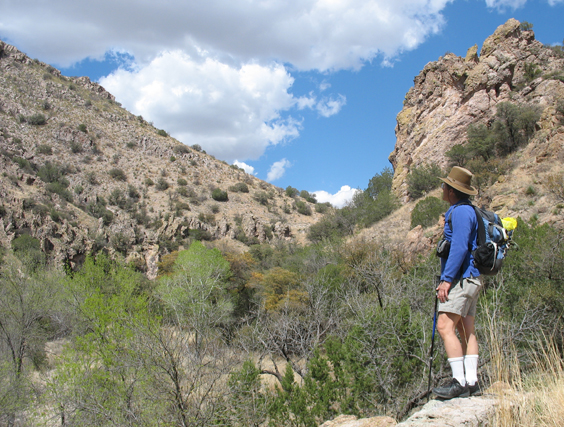 That made us feel a little better. But still, it says a lot about the sad state of things here on the border, when you don't feel comfortable lending aid to someone in need. While driving back to Tucson, we met a group of seven illegals on the road. They were all in their 20s or younger, ambling along nonchalantly, like they were out for a Sunday afternoon stroll. I wonder if they were the ones who ditched the guy with the broken leg?

The list of places that are too dangerous, closed or scarred by debris from migrant traffic gets longer and longer. If you're going to hike in the Sycamore Canyon area, follow these guidelines from the Nogales Ranger District: