In honor of a round-numbered birthday -- I turned f-f-fif -- gasp! -- Kathy and Neill and David and I rented cabins at Santa Rita Lodge, and set out to explore lesser-known corners of the chain of mountains just southeast of Tucson. But first we had to tear ourselves away from the bird feeders at the lodge, which were all a-flutter with Mexican jays, acorn woodpeckers, bridled titmice and broad-tailed hummers. 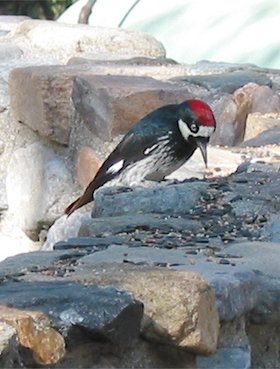 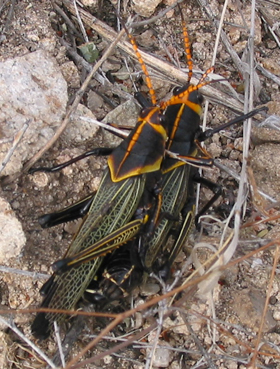 We began our explorations with an early-morning scramble to the top of Huerfano Butte, a solitary cone in the western foothills. It was the local hangout for spectacular horse lubber grasshoppers, and they were very busy. 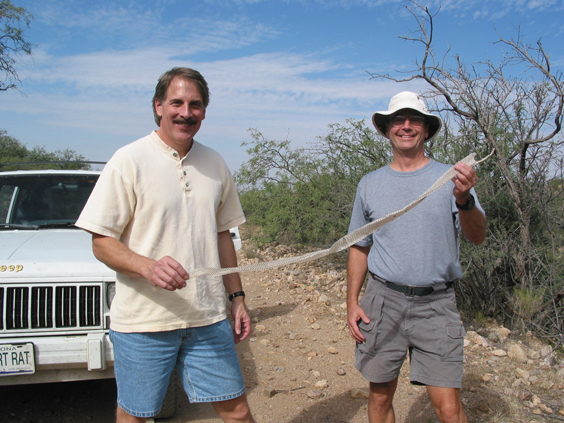 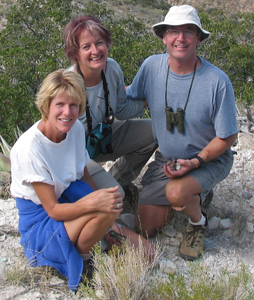 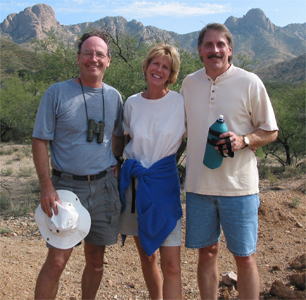 We continued to the former mining town of Helvetia, on the northwest side of the mountains. At the turn of the century, this was a bustling community with four saloons and more than 300 residents. Today little remains except the crumbling ruins of the former Hevetia Hotel. 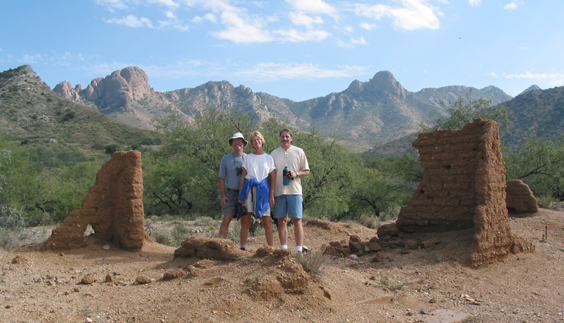 We celebrated the Day of the Dead with a bottle of Pinot Noir in the Greaterville Cemetery at the top of the ridge. The next morning David and I decided to explore a jeep trail at the base of Elephant Head Mountain. 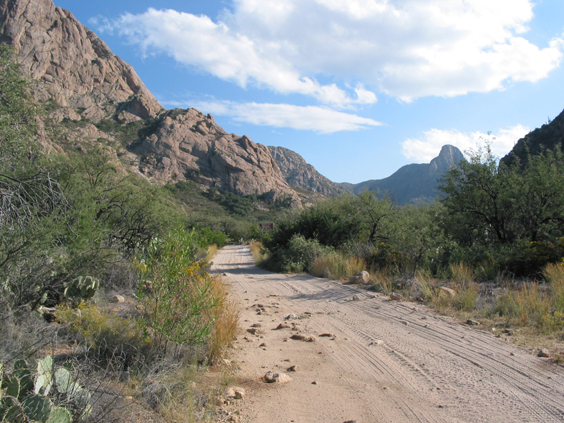 When the road ran out, we continued on foot up the wash and shortly stumbled across a series of jade green pools. 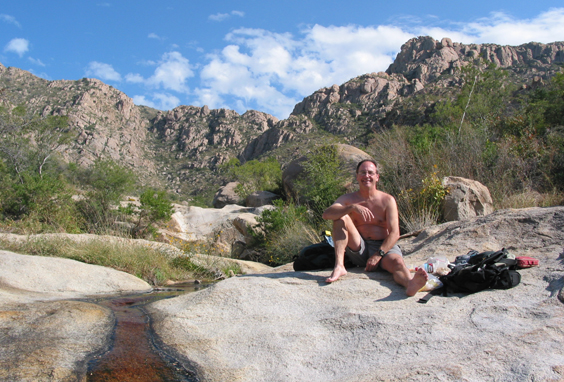 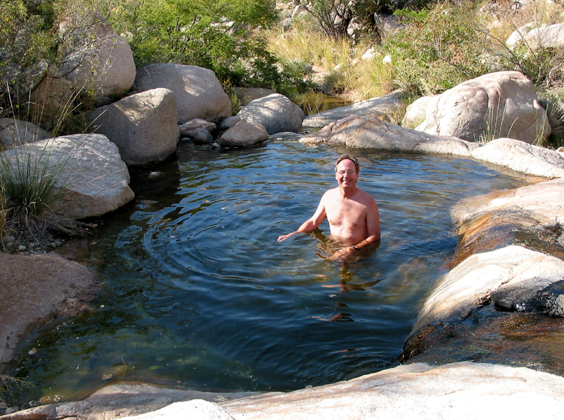