As you might expect from someone who was born on the Day of the Dead, every year at this time I have a narrow escape that I survive to celebrate a Tucson's All Souls Procession. 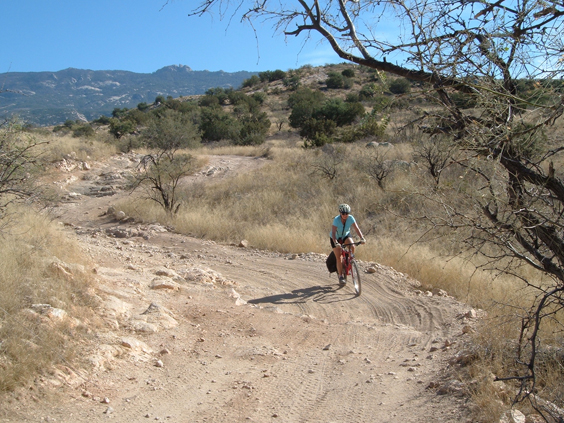 2007 was no exception, starting innocently enough with a drive up Reddington Pass. We passed by the traditional route to Chivo Falls in favor of the less-traveled Middle Road (shown in pink on the map below), stashed the Taco Ma, and headed for Chivo Falls on our mountain bikes. 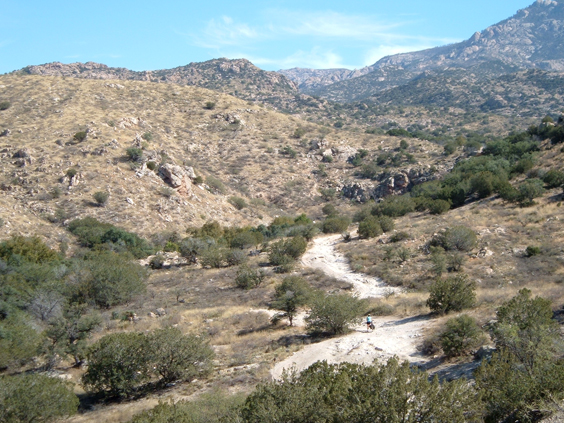 I was disappointed to see how much even this road has been torn up by ATVs, and we had to walk many sections that were bike-able on my last trip to Chivo Falls in 2003. 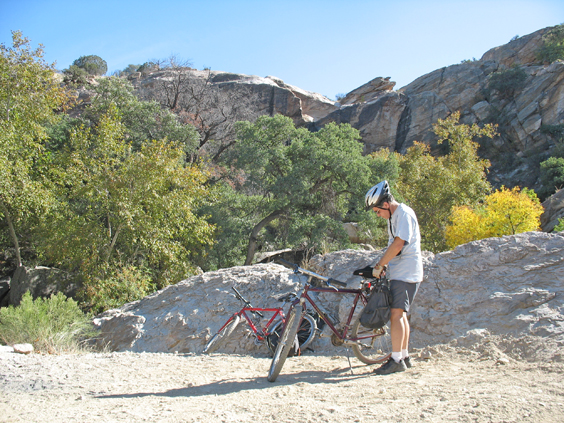 The attraction of this trail is a spectacular waterfall tucked into a crack in the rocks at the far end of the loop. Today, there wasn't a drop of water in the pool, but we were entertained by flocks of birds sipping water from the few remaining seeps. A hawk circled silently overhead. 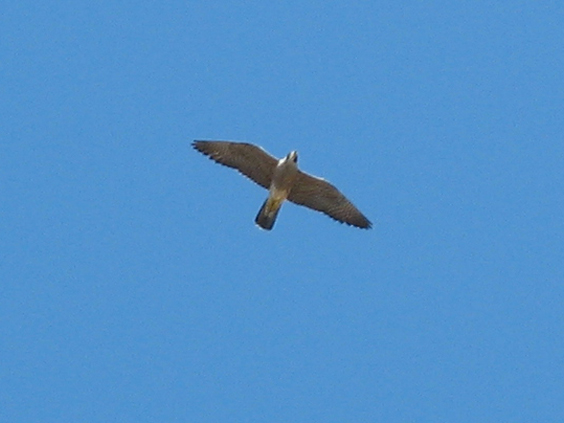 Somehow on the way out of the wash, I took a wrong turn and headed east instead of west on FR 4266. We backtracked, but in a wash we heard shouting and came across a suburban high-centered on an enormous boulder. 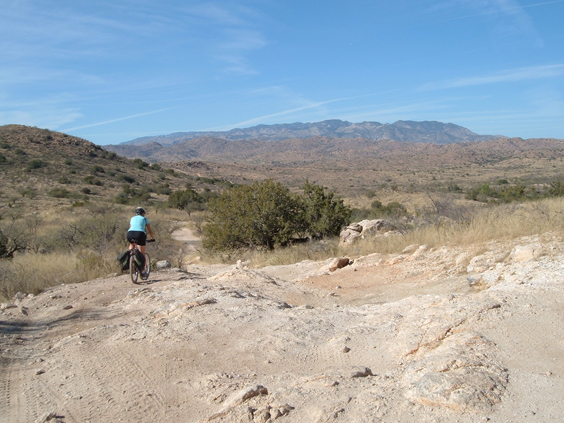 "Didn't you hear us yelling?" said a red-faced skinhead, rolling out from under the vehicle. His son explained that they'd been stuck there for more than two hours. We surveyed the situation — it didn't look good — but as usual we were carrying radio equipment we could have used to call for help. "I don't need somebody to f%*#ing tell me how it looks, I need somebody to f%*#ing get me out of of here!" shouted the skinhead. We turned the bikes around and pedaled away, while our new friend cursed us for being "Democrats". 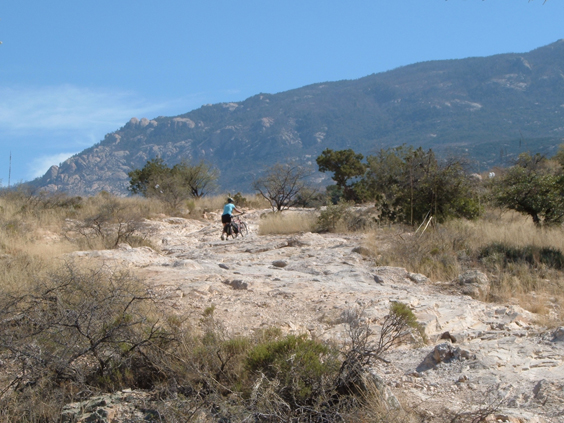 We figured we'd just continue east on FR 4266 and then take Italian Trap Road (in red below) and make our way back to the truck via Reddington Pass. But we soon found ourselves heading southeast toward the Rincons and climbing like crazy. We had one liter of water, no food, and the light was already beginning to fade. Just then our Deus ex Machina in the form of a jacked-up 1973 Ford F5 came growling over the hill. The driver explained that Italian Trap Road was closed, and that we were actually on a long loop that would take us above Chivo Falls and back the way we came. 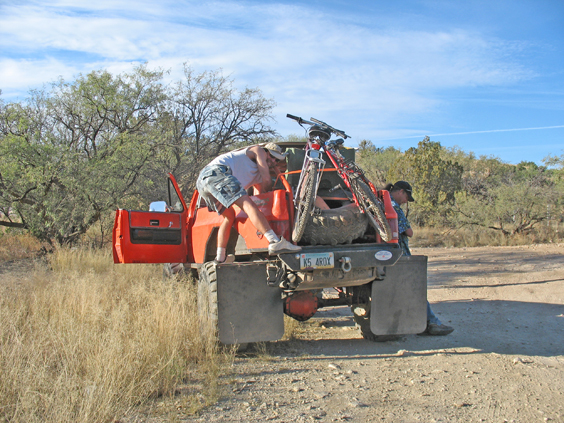 Doug, Bryan and Willy — all three native Tucsonans — quickly strapped our bike frames to their rig and we crawled inside with our tires and our bike bags. And then, because I am my father's daughter, I told them about the asshole in the wash, and we headed back to rescue him, too.

It was a good thing we kept our crash helmets on — we needed them! Doug, the driver, is co-owner of Calypso Automotive on Kleindale Road. If this rig is any indication of his skill as a mechanic, I wouldn't hesitate to recommend him. It's not often you get to ride in a 34-year-old pickup that can go up a steep incline "sideways at 90 miles an hour". And yes, I'll admit it: four-wheeling is fun! 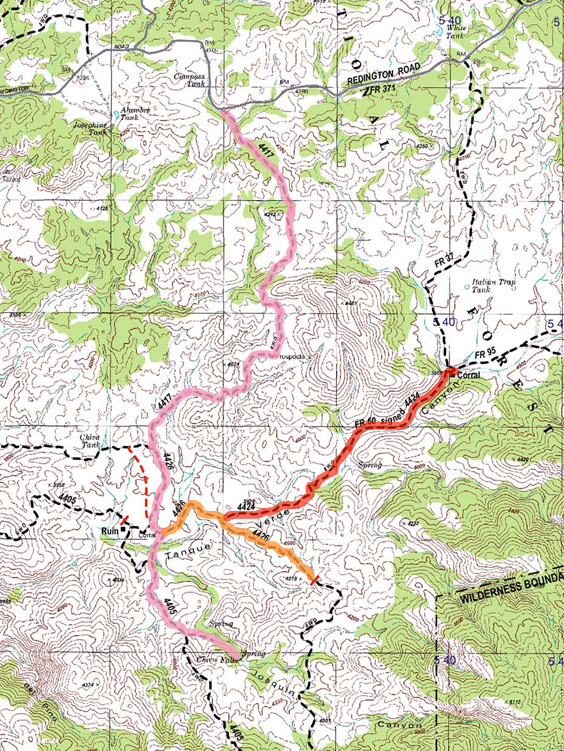