Just below the ridge line of Ajo Mountain, the highest peak in Organ Pipe National Park, is a cluster of weird hoodoos known as "The Cones," made up of compressed volcanic ash that was never welded together by the hot flows of lava that formed this range. I have wanted to hike to them since the first time I scrambled up to Bull Pasture, a high secluded valley where it's rumored that Pancho Villa hid out from the U.S. Army. 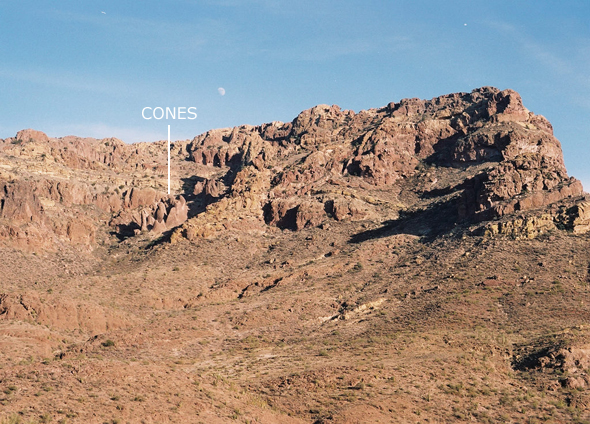 The Cones are at the end of trail leading off a 25-mile loop of washboard road, so getting there requires a certain amount of premeditation. We nabbed the last spot in Alamo Canyon on a Thursday afternoon and warmed up by bushwhacking along the base of the cliff to the mouth of Grass Canyon. We picked our way along the base of a slope of a wall deep red rhyolite studded from top to bottom with Peridot green saguaro and organ pipe cactus. 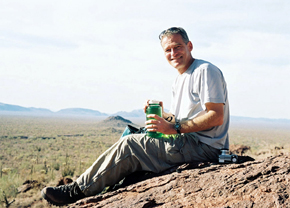 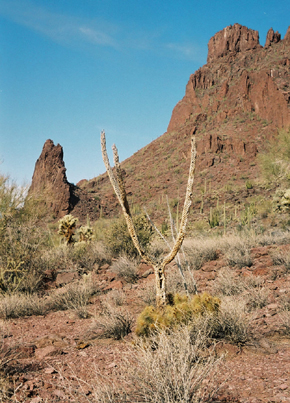 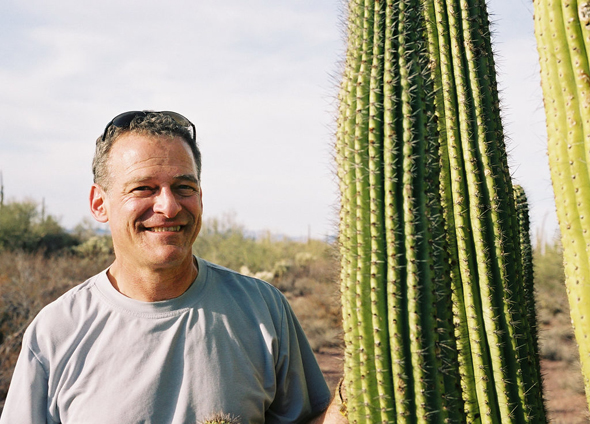 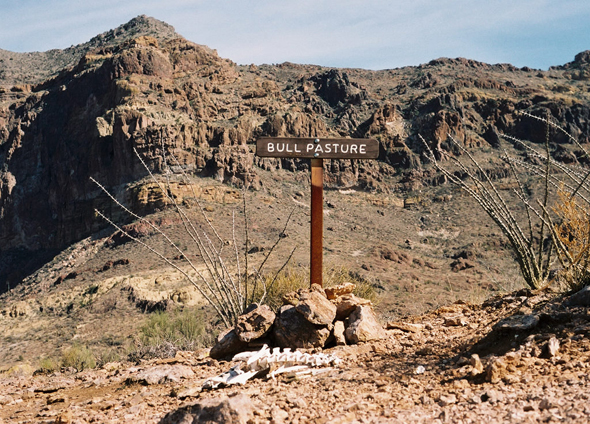 Pay no attention to that pile of bones! 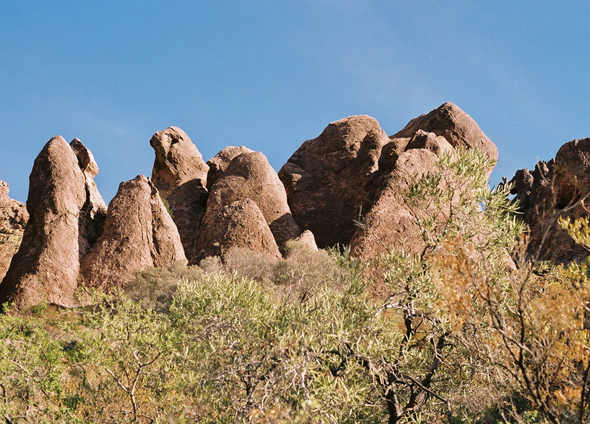 Below the Sphinx the trails swings west and climbs steadily through a hallucinatory landscape of shattered red cliffs and liquid slopes of gold volcanic tuff riddled with caves, rain spouts and pockets where organ pipe cactus found a toehold. 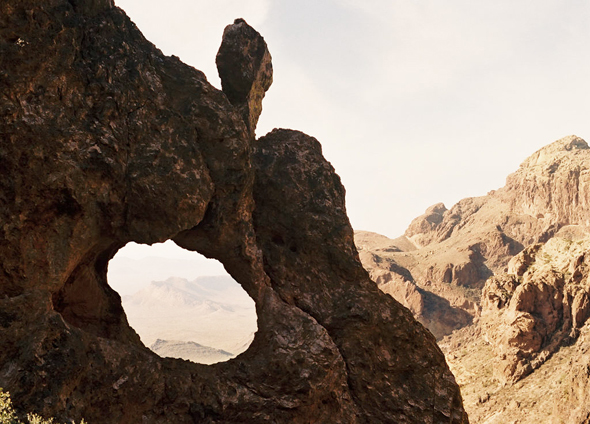 Just past a rocky promontory we suddenly found ourselves at the foot of the cones and made a last mad scramble over loose stones to the top, where we could glimpse a distant world through a window in the uppermost cone. 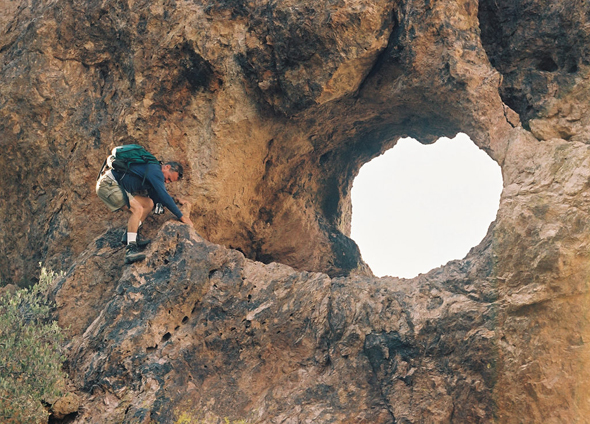 Thousands of feet below us, the pasture appeared flat and inconsequential, and we could only surmise the existence of the trail below it from the sight of an occasional hiker picnicking on the rocks. 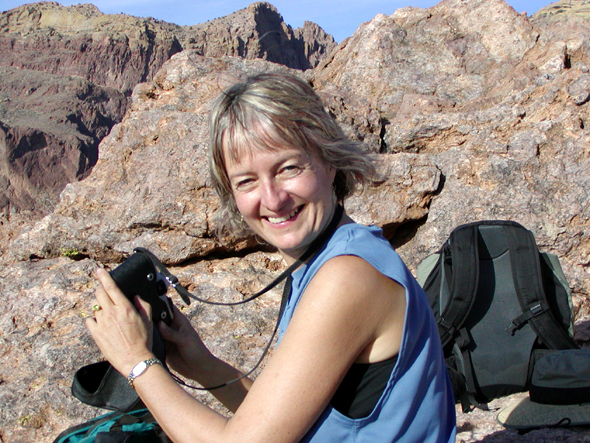 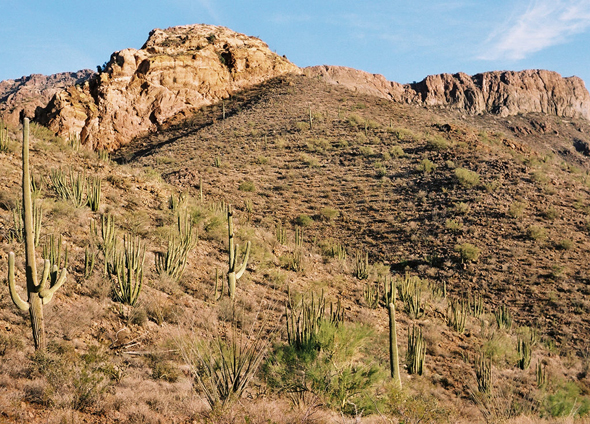 But already the fingers of the frigid night air were wrapping themselves around us, and we had to hurry to make our way down the scaly and treacherous slope while the light was still golden.