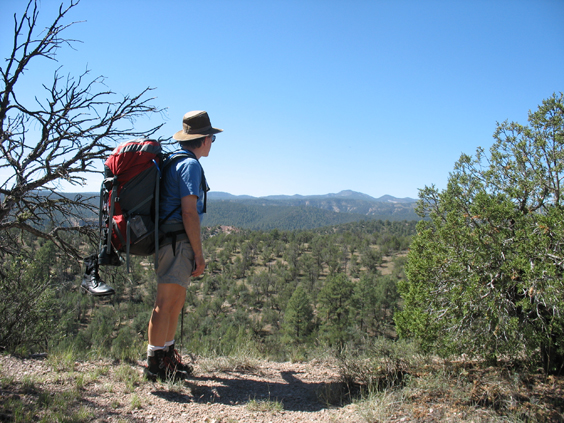 A return trip on our first anniversary ended in three inches of hail. Since then, a bannner monsoon season has blended seamlessly into backwash from several hurricanes. The first dry weekend this fall, I had two performances with Mzekala. We threw our gear in the Taco Ma and left right after the second gig. 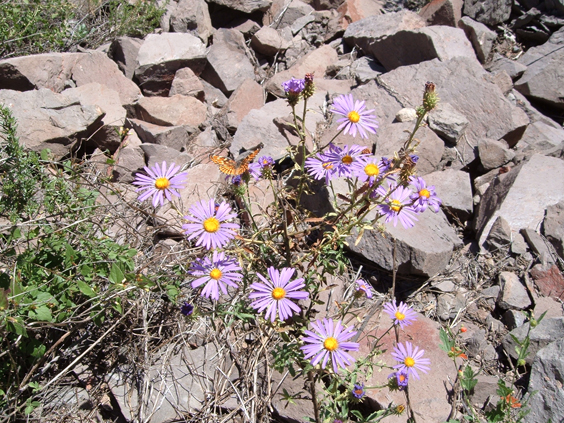 Something about southern New Mexico feels wilder than the wildest parts of Arizona. North of Piños Altos we didn't meet a single car, but we encountered lots of wildlife, including a skunk, a ringtail and more deer than we could count. 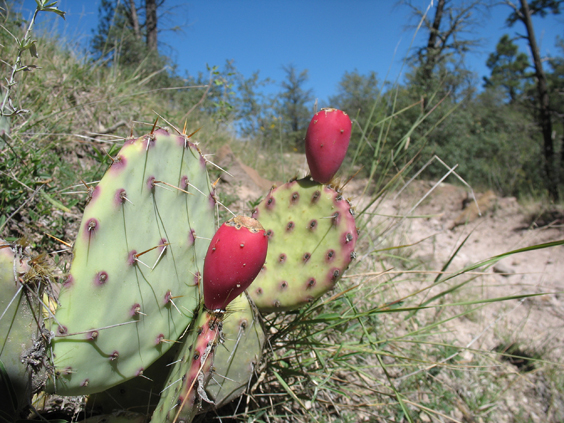 Around midnight, the 80-meter band opened up and Al kept us company from Sahuarita, joined by some late night hams in Montana and California. We lost the signal while we were waiting for two fawns not more than 18" tall to cross the road. 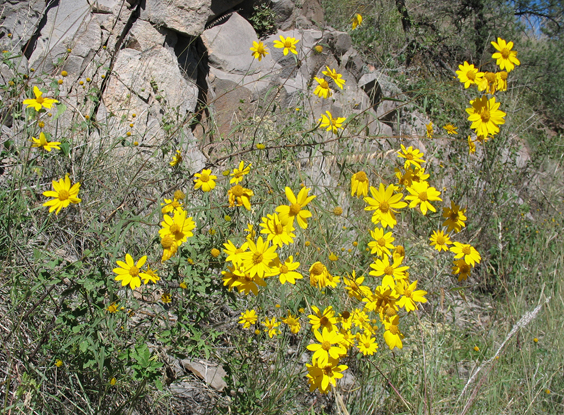 Just south of Cherry Creek Campground, the headlights picked up a pair of fiery eyes and then the silhouette of a small bear hauling ass up the highway. We followed at a distance for about 200 yards, eventually concluding that we'd forego camping at Cherry Creek for now. 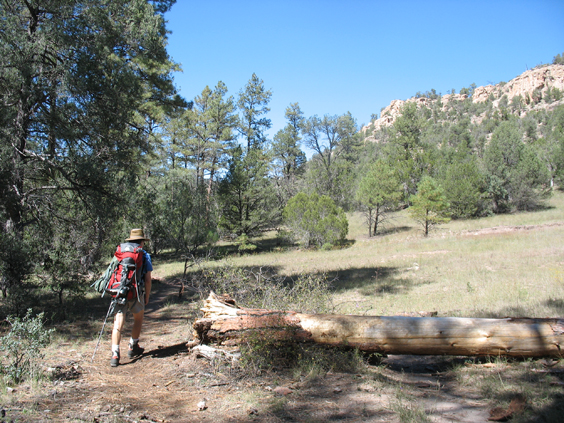 By then we were within striking distance of a casual campground at Gila Hot Springs. We pulled in about 1:00 a.m. and crawled into the back of the truck for a chilly night. Morning was made easier by a pre-breakfast soak in one of the local tubs. 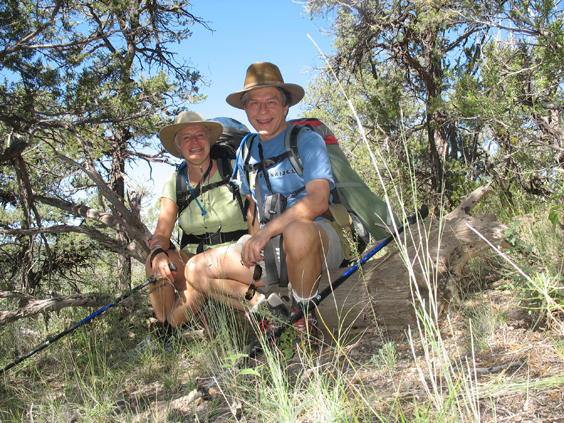 On our first anniversary six weeks ago, Dennis and I huddled together on this log while we were pelted with three inches of marble-sized hail! 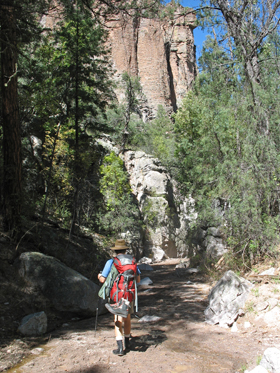 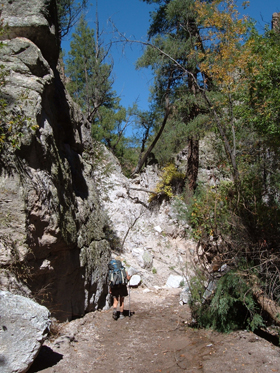 We hit the trail about 11:30, delighting in the perfectly clear blue skies and pine-scented high desert air. This trail loops uphill through a grassy meadow for about two miles and then drops into a wash nicely shaded by Ponderosa pines. 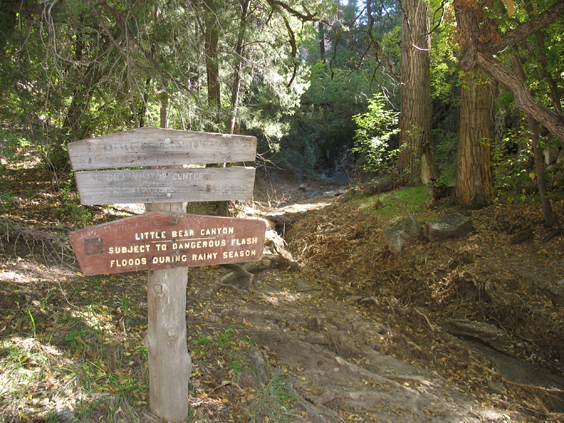 Halfway down the wash begins the miracle I remember from nine years ago — the miracle of water in the desert. It percolates ever so slowly out of the bone dry wash, and as the canyon walls close in, it becomes a steady stream. Little Bear Canyon eventually tapers to a true slot canyon, no more than 15-20 feet wide. 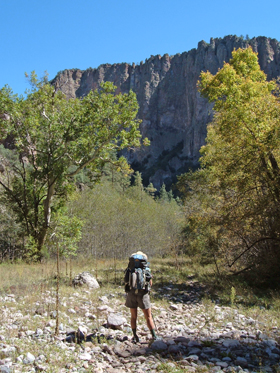 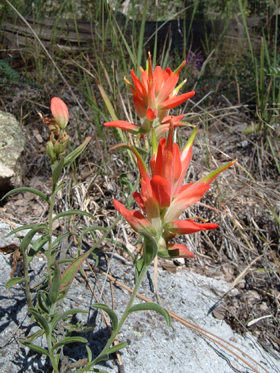 4¼ miles out, Little Bear Canyon spills into the Middle Fork of the Gila River. 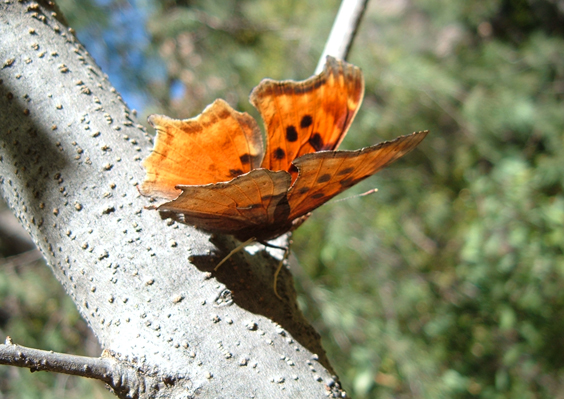 In theory, it's only 1¾ miles and 15 river crossings from here to the springs, but that must be "as the crow flies". 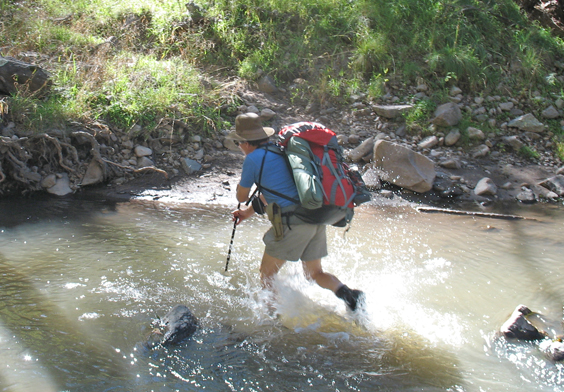 The hiking could hardly be more pleasant, meandering between red sandstone spires in the shade of giant cottonwood and sycamore trees. 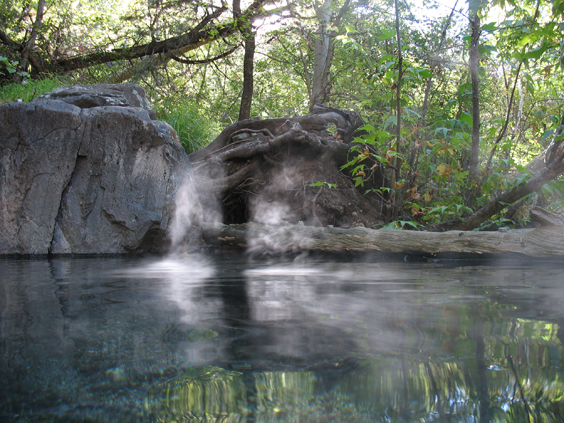 Around 5:00 pm we crossed the river for the 15th time and spotted a large marshy area with several seeps that were tantalizingly warm. 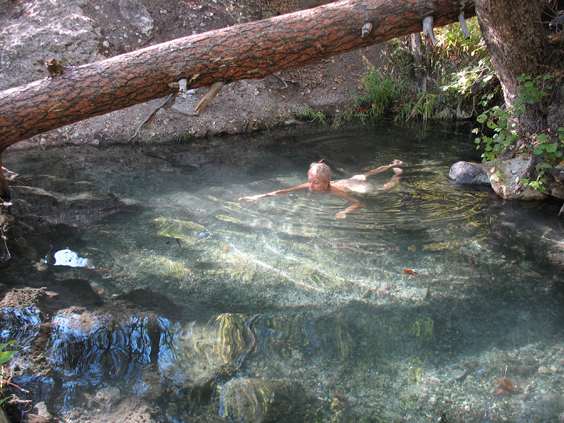 A short climb took us to the edge of a surprisingly large crystal clear pool with a constant temperature of about 95°. 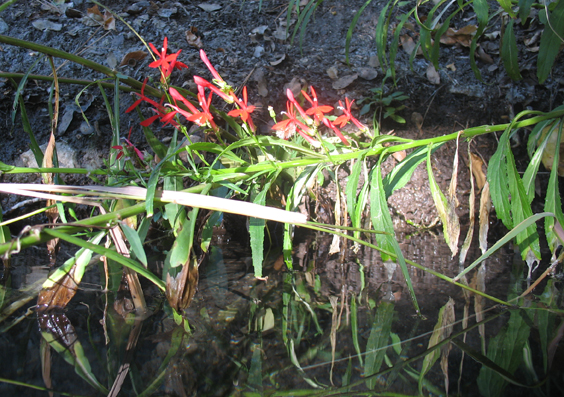 Just uphill from the pool, there are two small but quite serviceable campsites with sweeping views of the canyon — and not a tent in site! 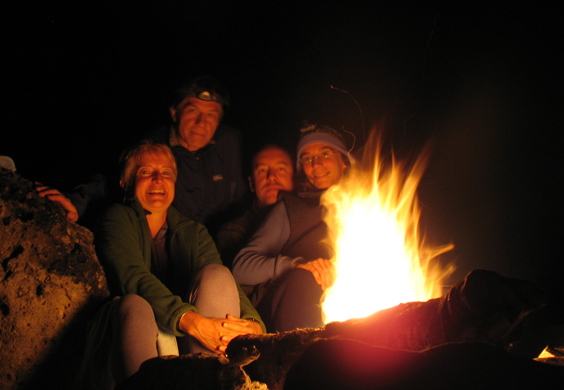 Their presence made a wonderful evening even more enjoyable, as we alternated between soaking in the pool, playing with our electronic gadgets and telling tales around the campfire. 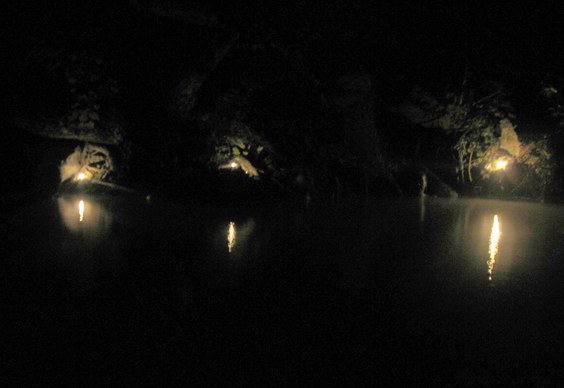 Candles along the edge of the pool created a perfect environment for pixies and water sprites. 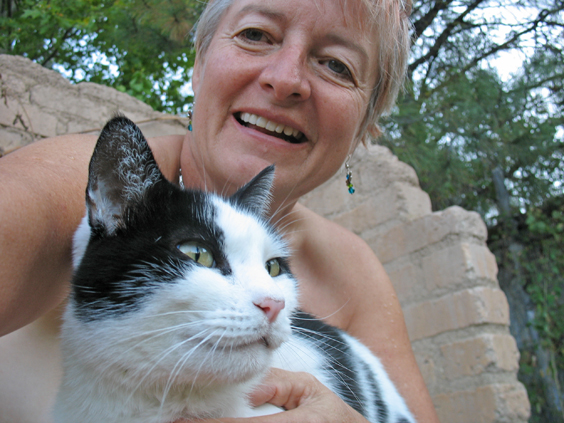 We topped off the trip with another good soak at The Wilderness Lodge, our favorite B & B. Opie ran to greet me, one paw held up for a hug.