Since moving to Silver City, I've been fascinated by the Mimbres River. This tiny, sparkling, partly ephemeral stream has no outlet. It simply sinks into the desert sands just east of City of Rocks State Park. Yet the Mimbres is Silver City's primary watershead, since the mighty Gila lies west of the Continental Divide.

Earlier this summer we explored access to the river as part of a two-day trip along North Star Mesa Road. Mimbres Trail #77 descends steeply from the Continental Divide to the Mimbres, with roughly 900 feet of elevation gain/loss over a distance of 2.3 miles. On that same trip, we explored another possible approach via FR 159A, but found the trail closed to public access from Bloodgood Ranch. Months passed before I realized that an old jeep trail runs right along the Mimbres, beginning near the confluence of the West Fork, East Fork and main stem Mimbres River. 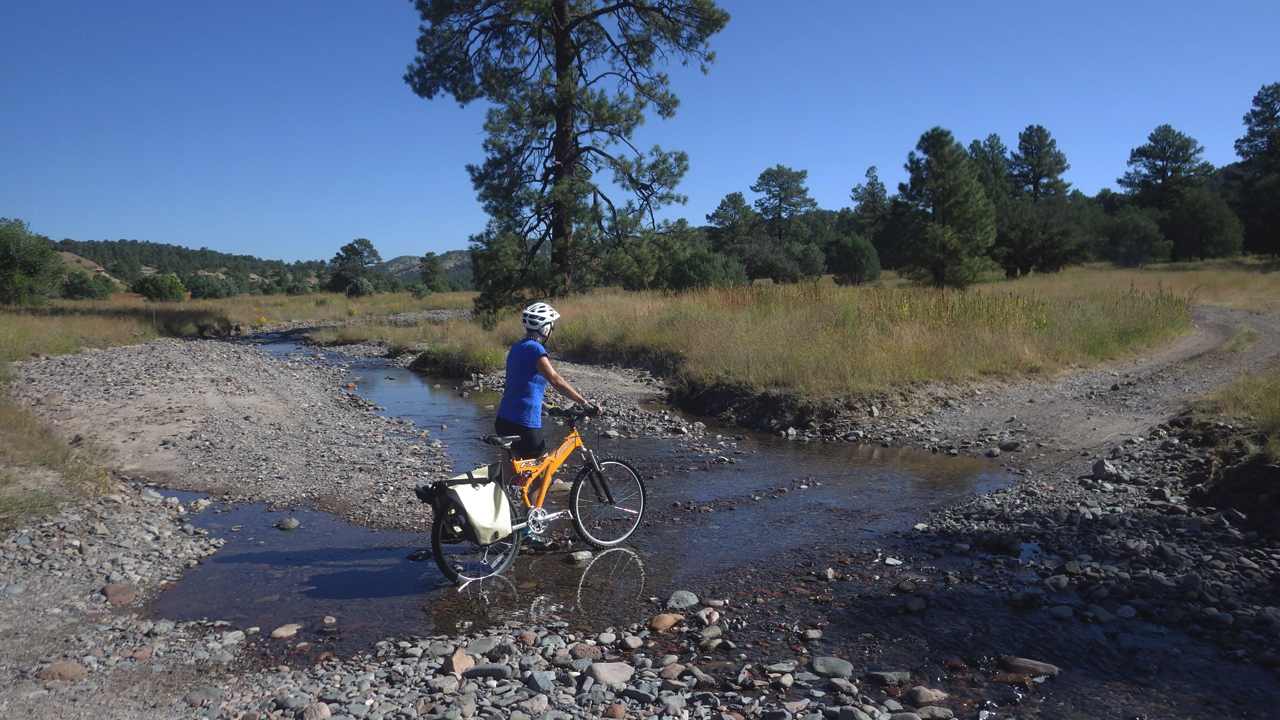 We chose the first sunny day of this year's generous monsoon season. The air was fresh and the Mimbres was flowing band-to-bank and crystal clear.

While we expected some stream crossings, we could not have anticipated the number — 26 crossings in five miles! 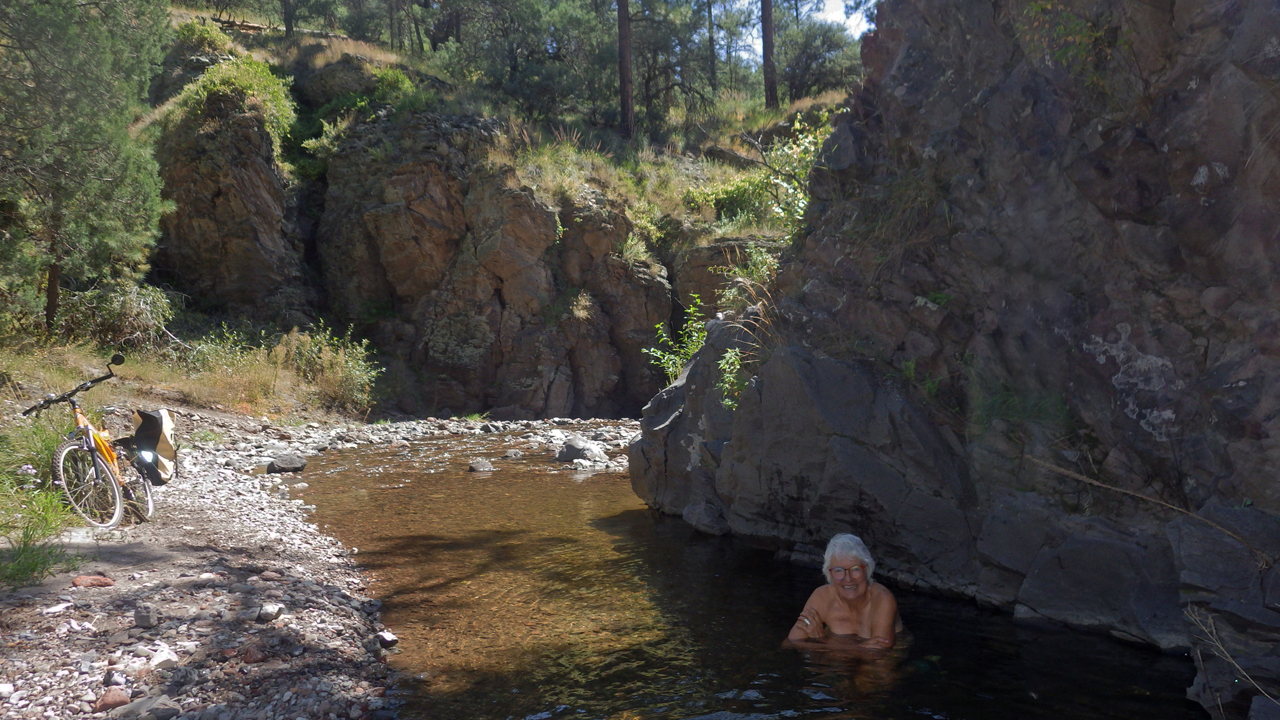 The old road winds through a broad and grassy meadow for the first few miles, and then begins climbing into dense ponderosa pine forest. Eventually the crossings became too frequent and the trail too steep and boulder-strewn for novice mountain bikers. We ditched the bikes and found a small pool for a refreshing dip. 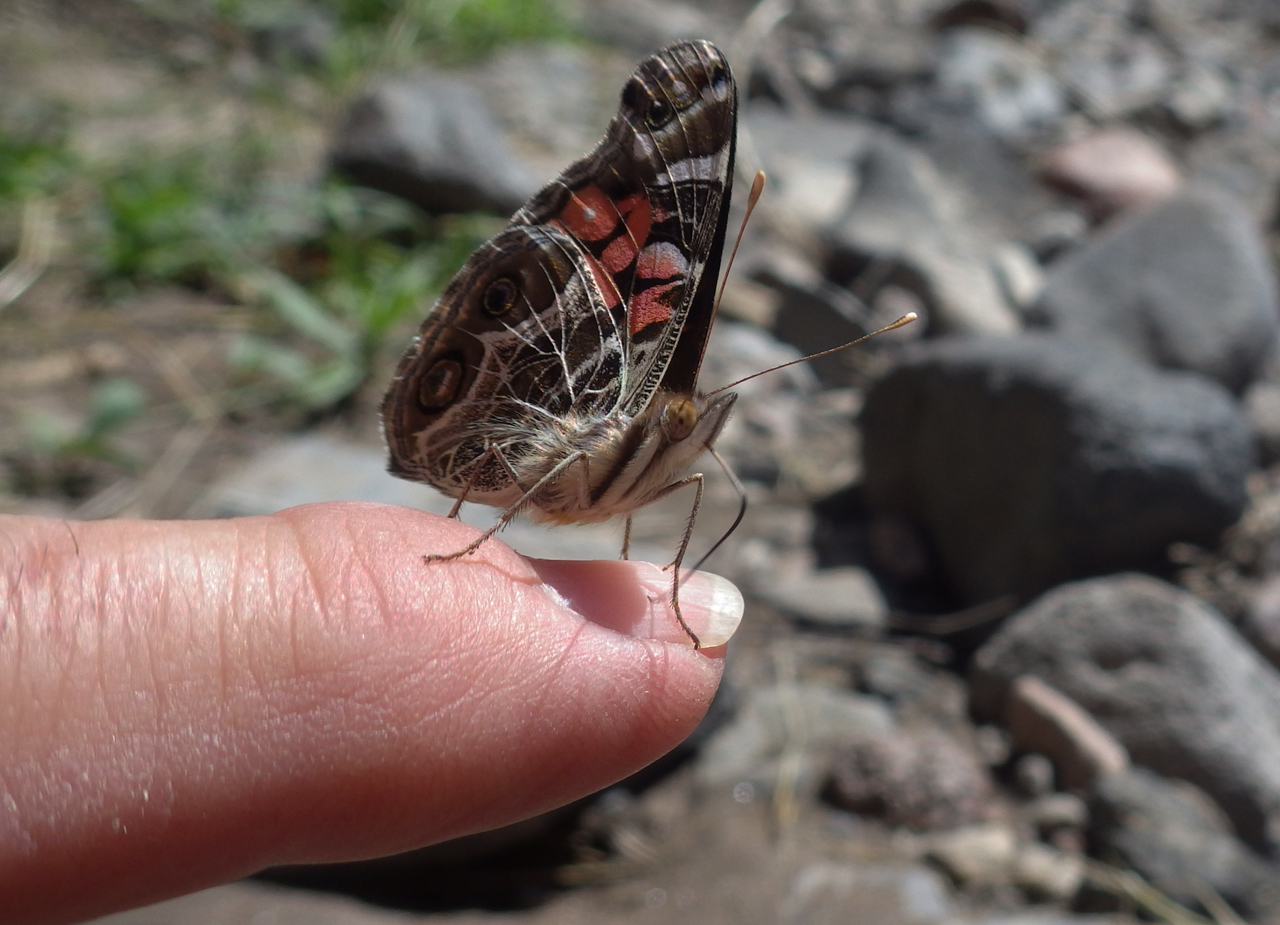 Butterflies and summer wildflowers abounded, including this Gulf Fritillary who lighted briefly on Dennis' finger. 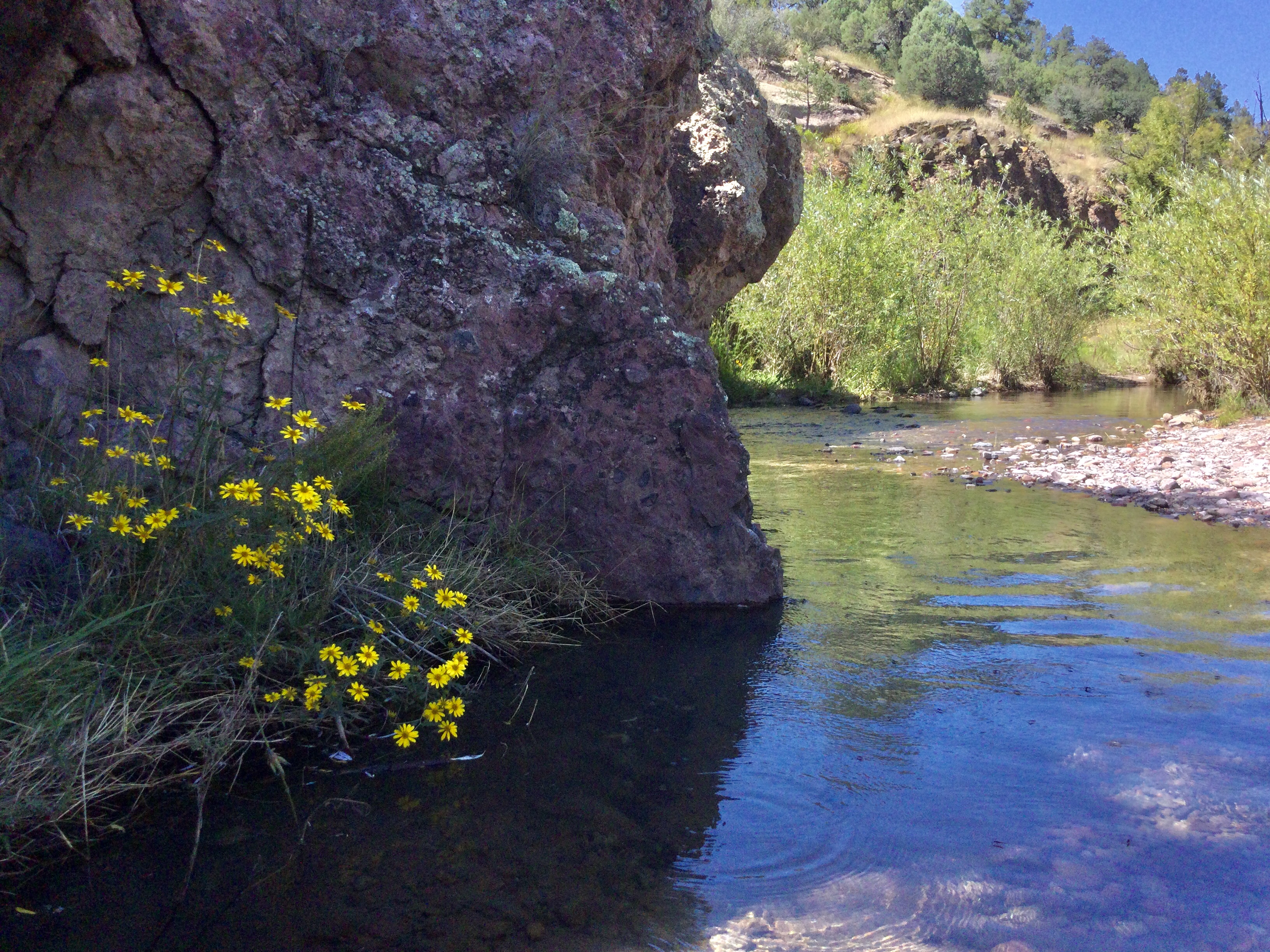 It was a challenging ride, but what a great way to explore the Mimbres!