You'd be missing out if you visited this area without exploring its fascinating history. The park offers tours of the reconstructed ranch house that was home to its namesake, Oliver Lee (1865-1941), a prominent rancher and state legislator who settled near the mouth of Dog Canyon in the late 1880s. Lee, along with another early settler, Francois-Jean "Frenchy" Rochas, constructed an elaborate system of irrigration ditches to redirect water from Dog Canyon. Rochas, who emigrated to New Mexico from France in the 1880s, also constructed an impressive series of stone walls to corral cows and protect his orchards. While there is no proof, some scholars speculate that Rochas was the master carpenter responsible for creation of the fabulous helix-shaped spiral staircase at the Loreto Chapel in Santa Fe. However, suggesting that the staircase was anything other than a "miracle" through the intercession of St. Joseph will get you flamed on social media. 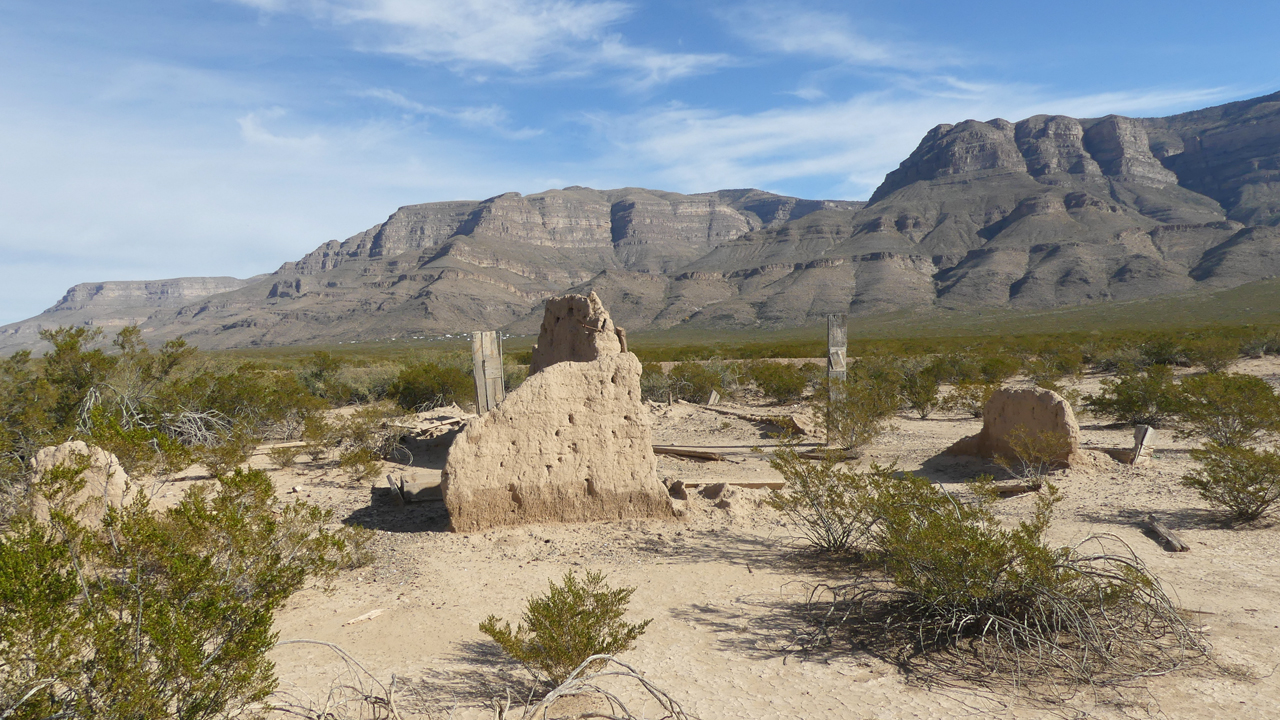 As settlers poured into the area, competition for open range, land, and water increased, and violent rivalries sometimes ensued. Frenchy died under mysterious circumstances in 1894. Lee was a prime suspect in an unrelated double murder. Acquitted after some political maneuvering that including rejiggering county boundaries, he went on to become general manager of the Circle Cross Cattle Company, one of the largest ranches in southern New Mexico consisting of nearly one million acres. Financial difficulties forced dissolution of that company in the 1920s. Photo: Remains of the old adobe barn. 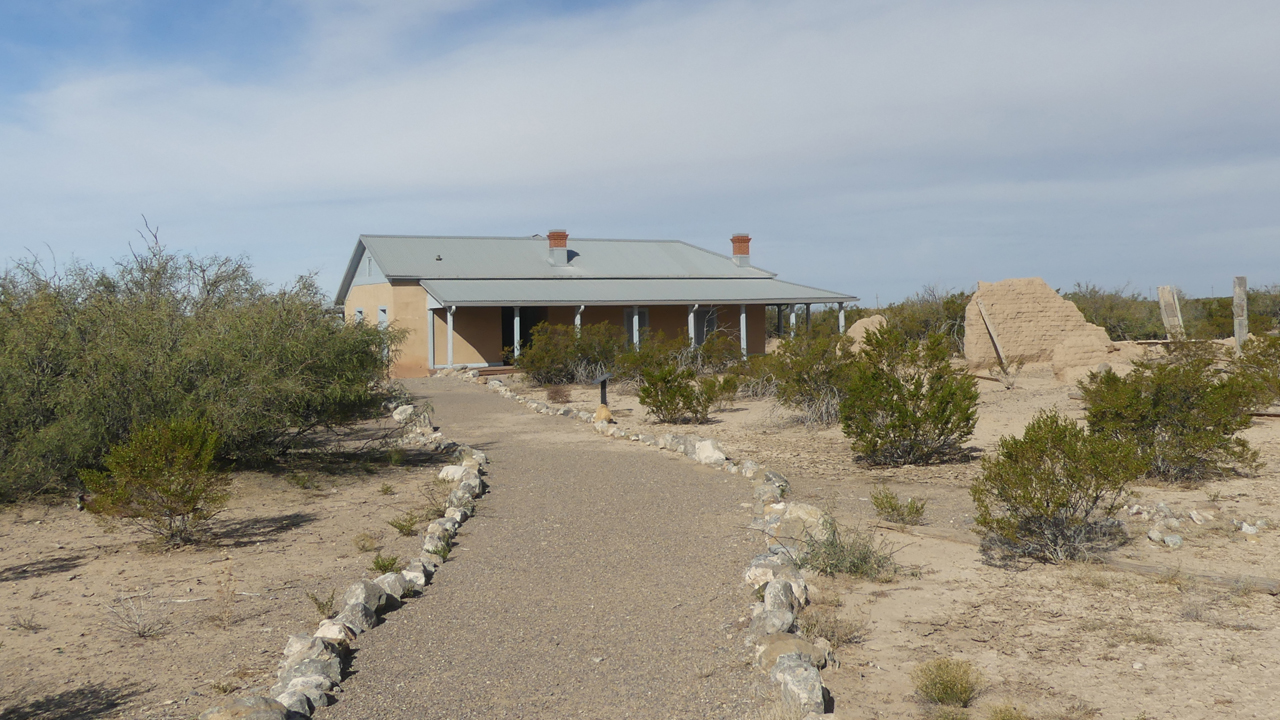 ln 1971, Oliver Lee's ranch house was partially rebuilt for a movie called "Scandalous John," and the tampering disqualified it from designation as a national historical site. However in 1983 the house was declared a state archaeological site and restoration of the house began. 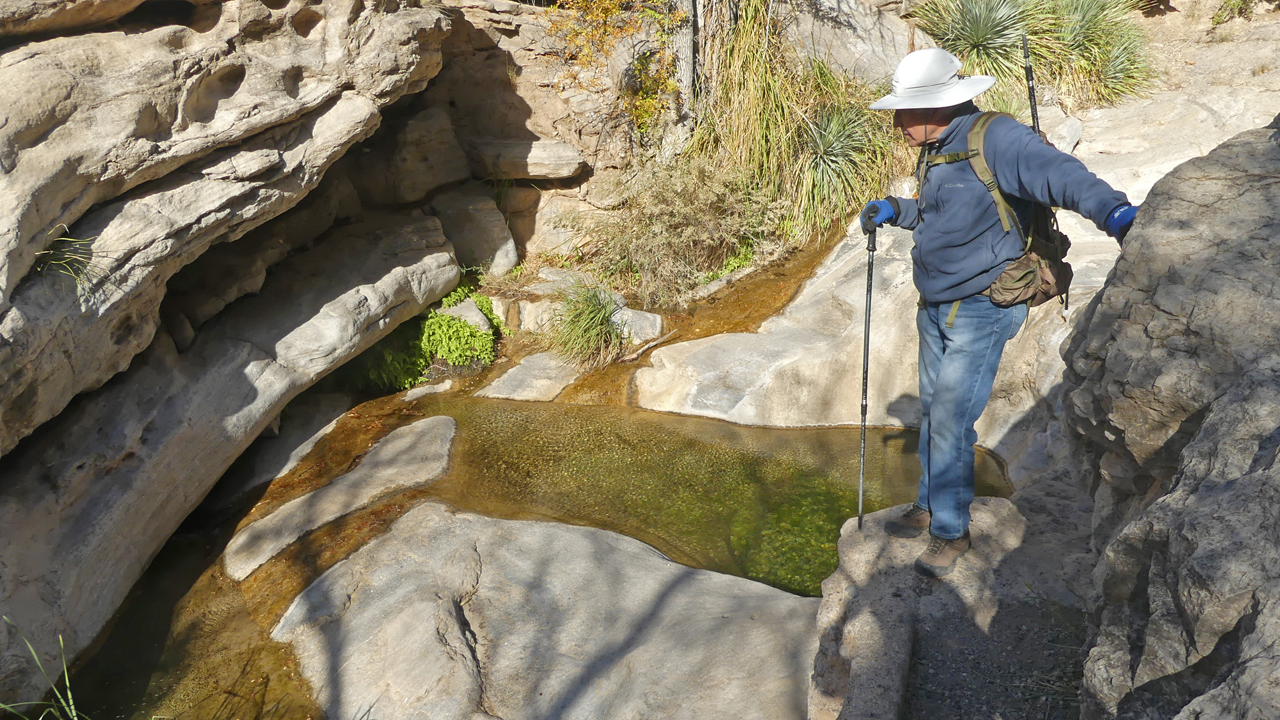 If you are willing to "color outside the lines" a bit, it's possible to access the canyon from the bottom, and discover an oasis of astonishing lushness. 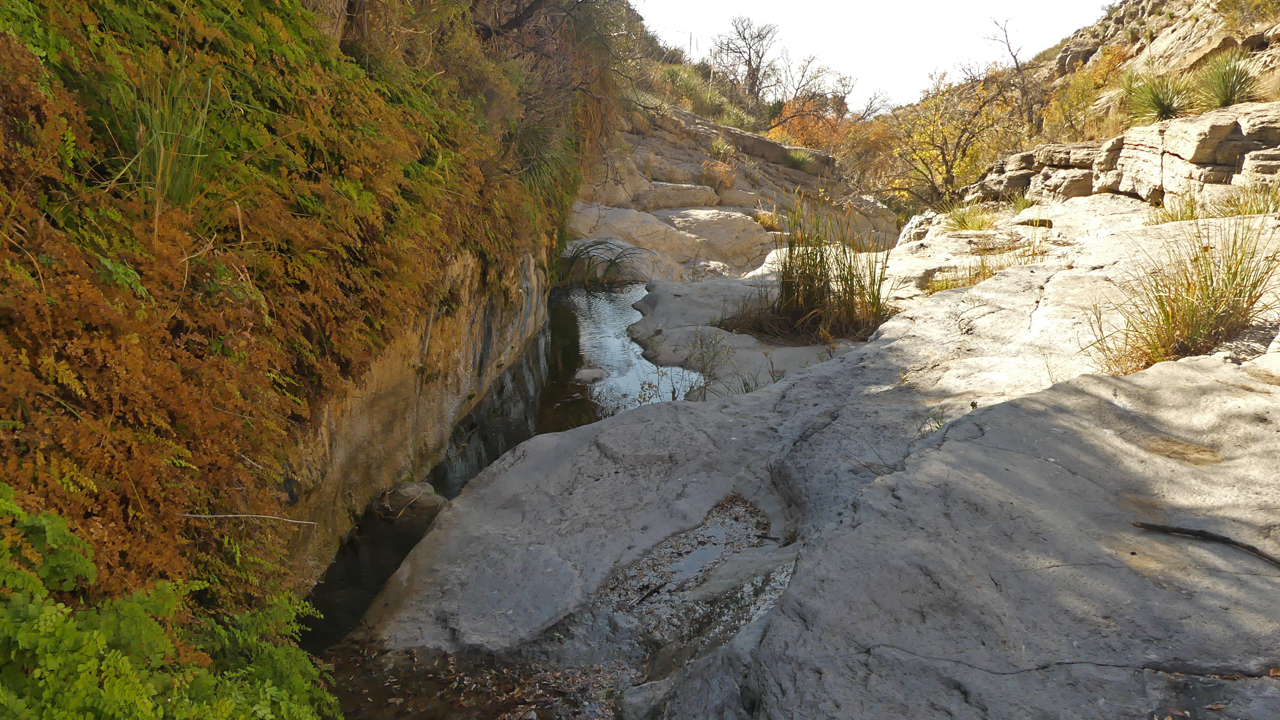 At times, the stream cascades through the narrowest of rock channels. 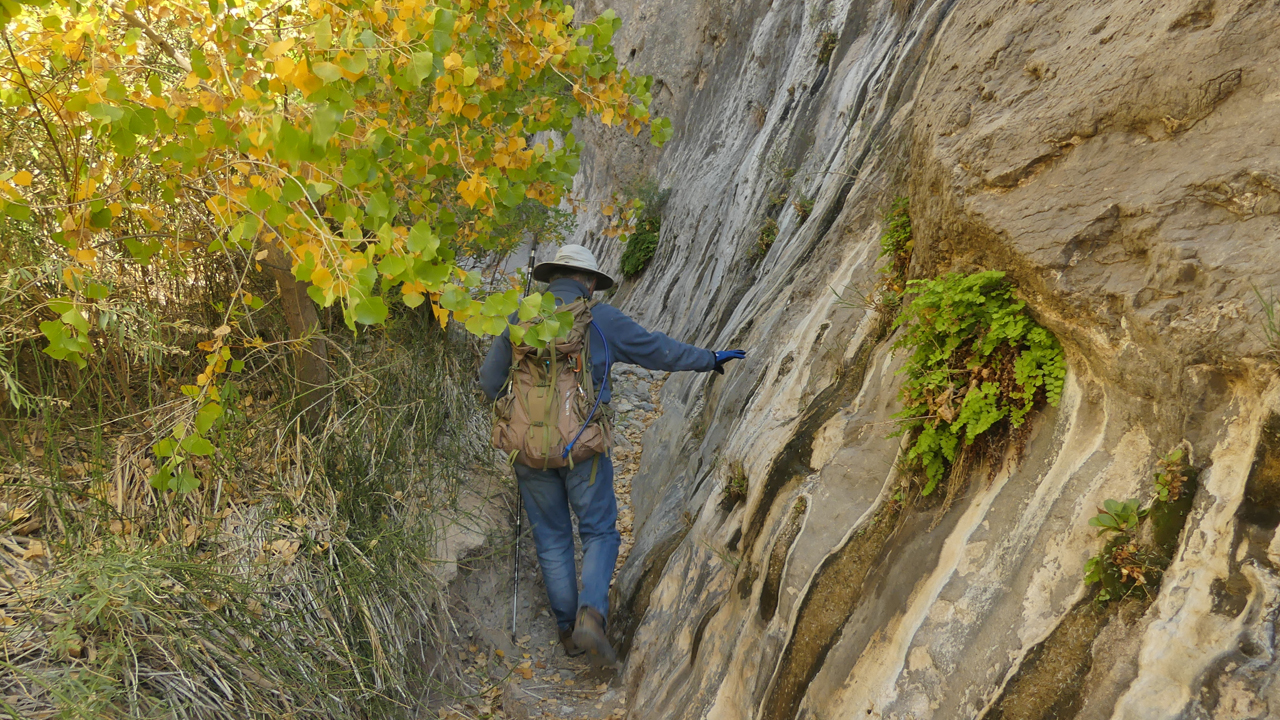 The canyon walls are dripping with travertine and lush ferns. 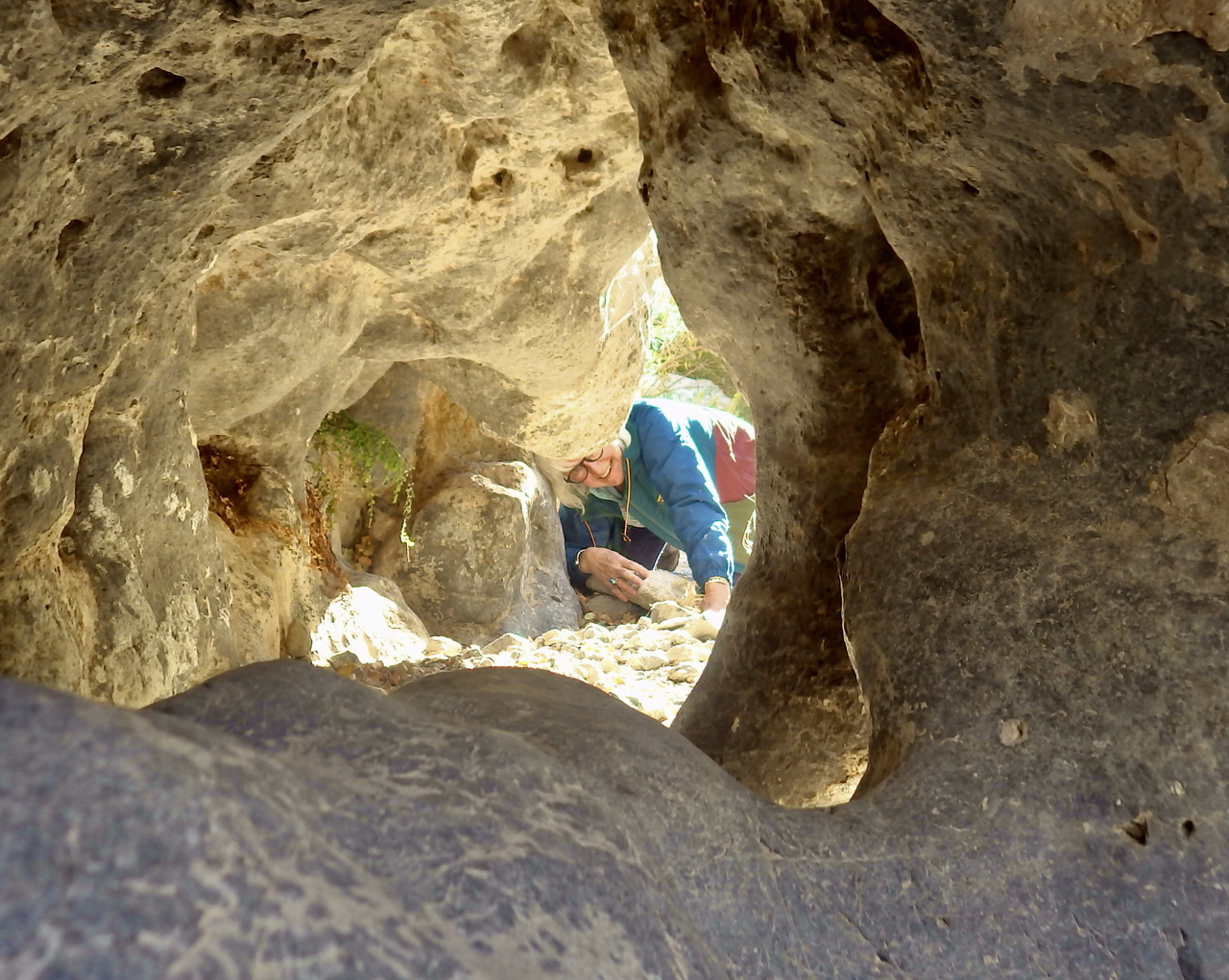 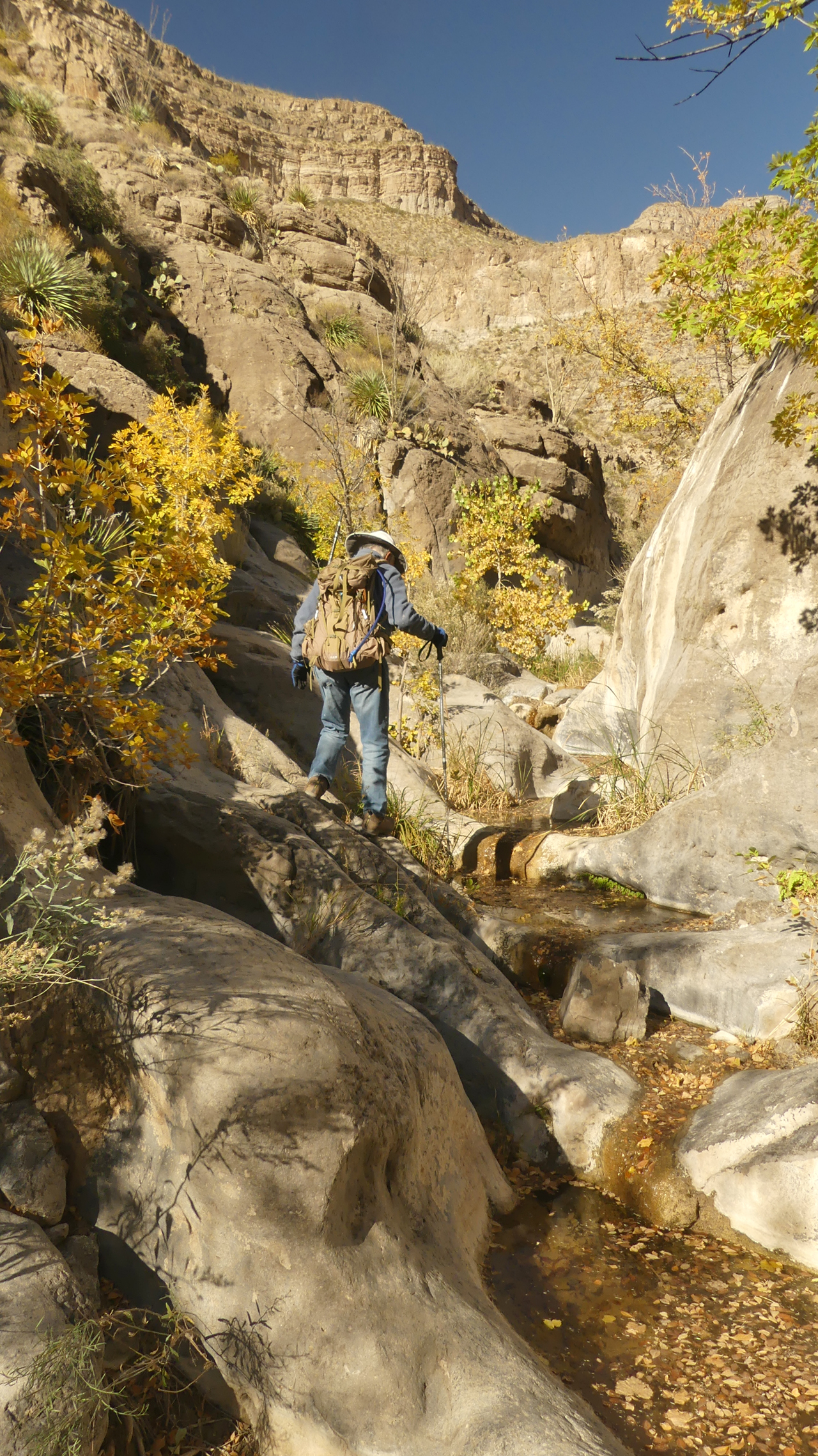 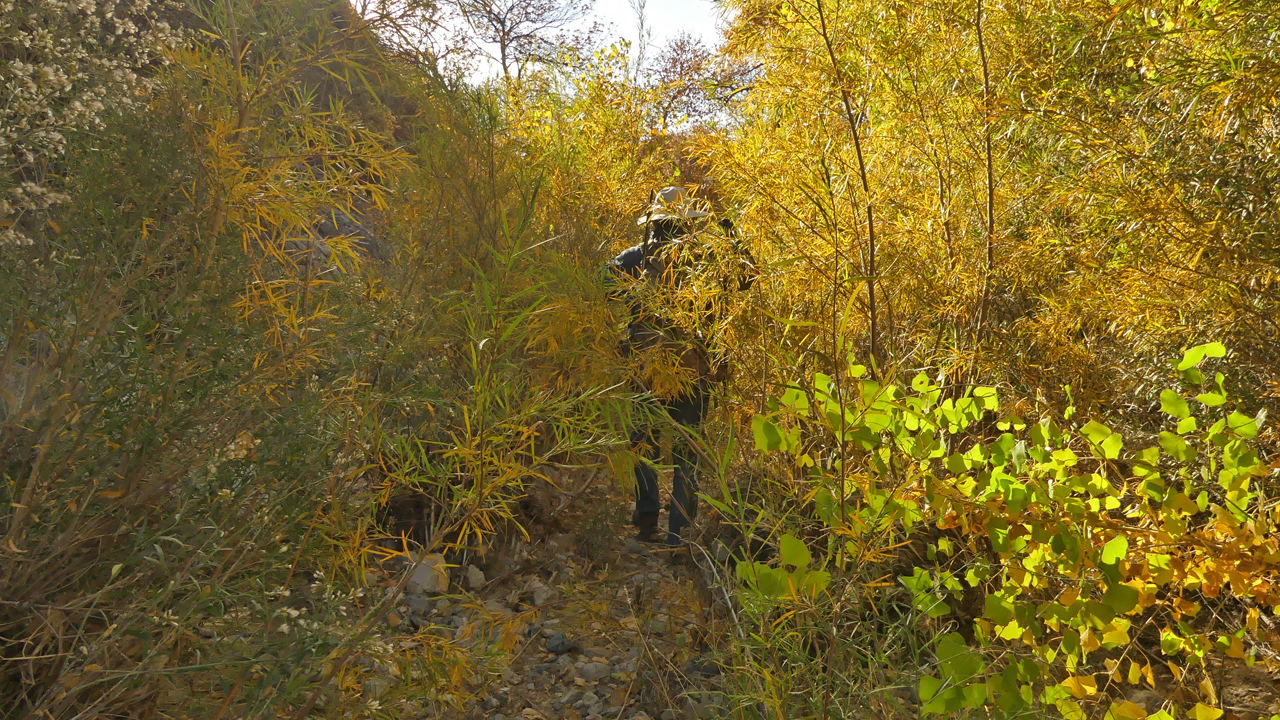 ... and choked with vegetation. 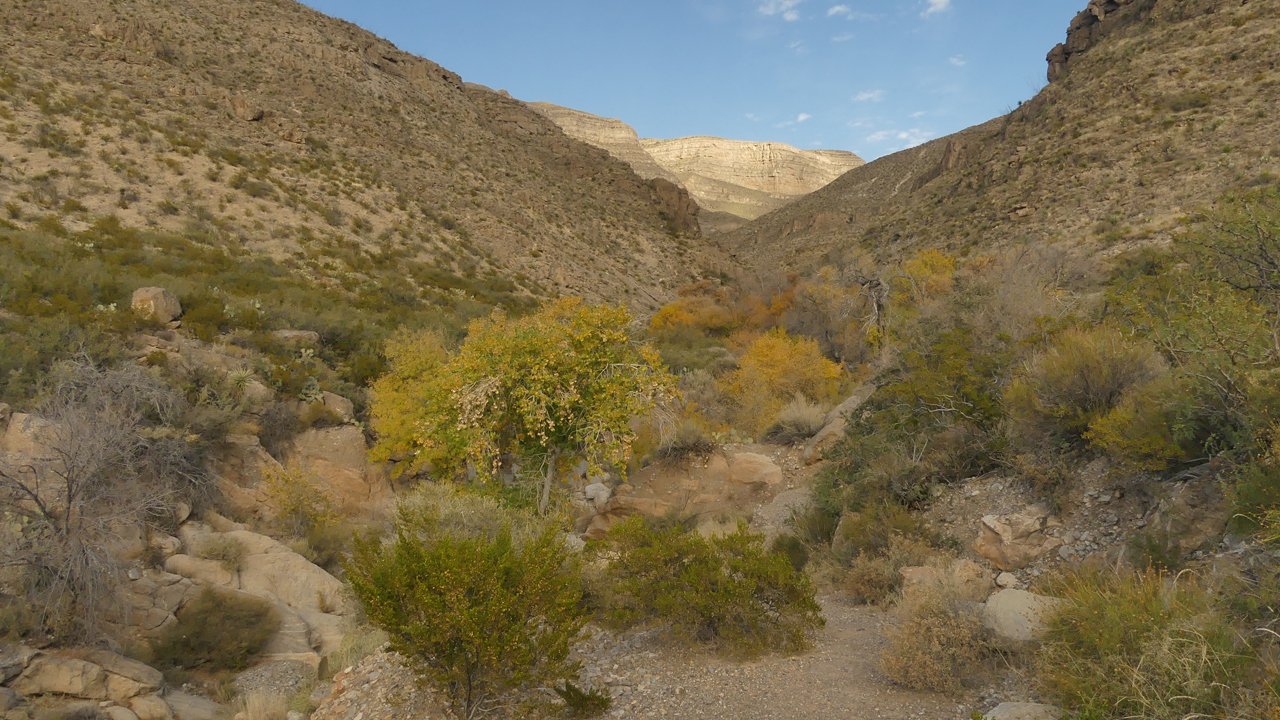 And just like that, the water disappears and the canyon becomes a bone-dry wash. 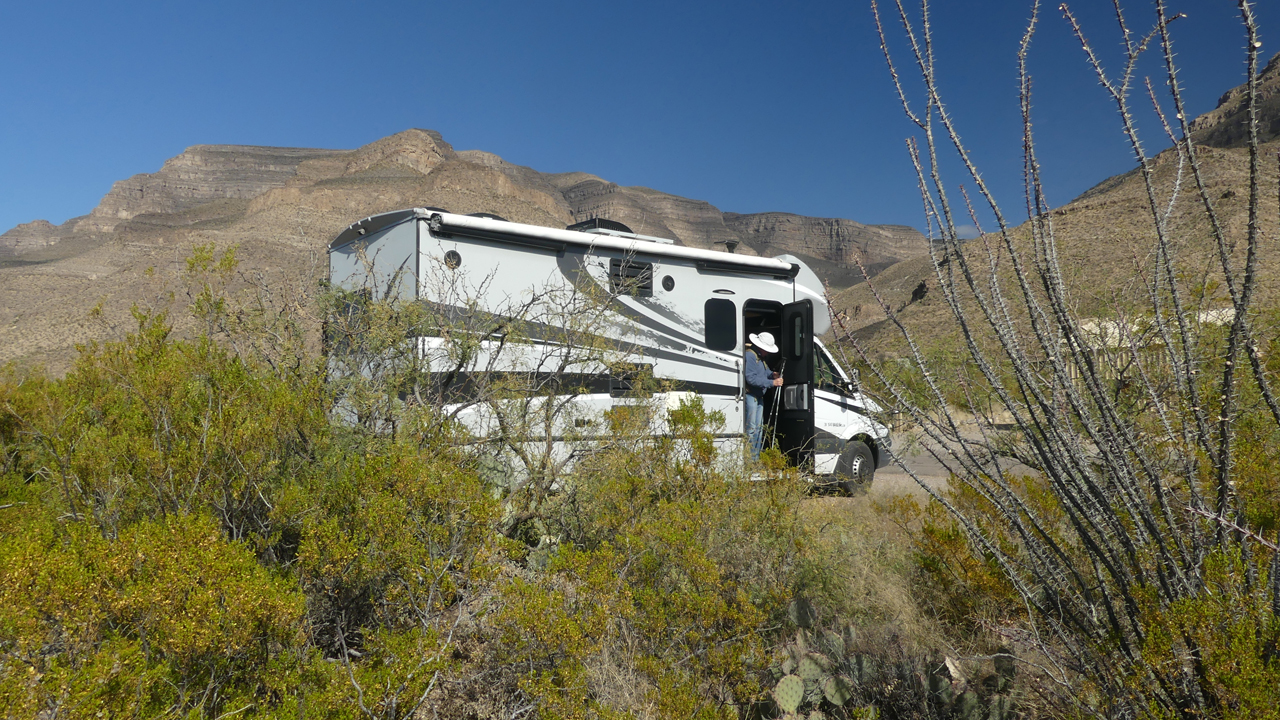 After 2½ years of faithful service, our RV chose this trip to throw a major temper tantrum. We knew the step was stuck, and disabled it before leaving home. The water pump was also running constantly, so we had to turn it off when not in use. Our brand-new (very expensive!) lithium wasn't holding a charge. Then on our second night at Oliver Lee, the furnace would not light. Fortunately, we had two good sleeping bags, and tunneled under those with the cats to ride out a very chilly night. Her new trail name is "Miss Bea Haven".