Huggin' the Mogollon: A Mad Dash Across the Colorado Plateau

A conference took me to Sedona for a few days in mid-June. We were looking forward to a break from the heat — the Taco Ma registered 117 when we passed through Phoenix. 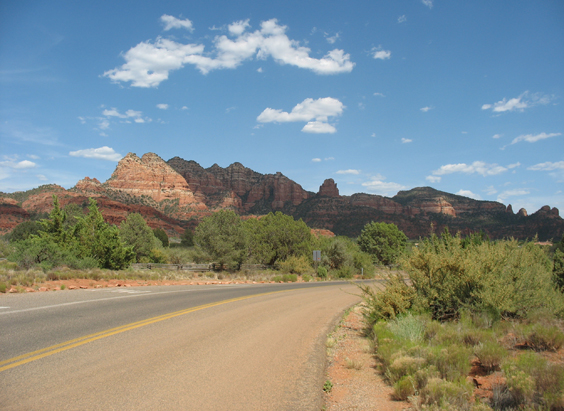 I've heard it used to be a wonderful place. But pretty rocks and all, modern Sedona is bumper-to-bumper traffic snaking between endless rows of tacky souvenir shops. A visit to one of the famous vortices offered a nice sunset view of the village, but no enlightenment. 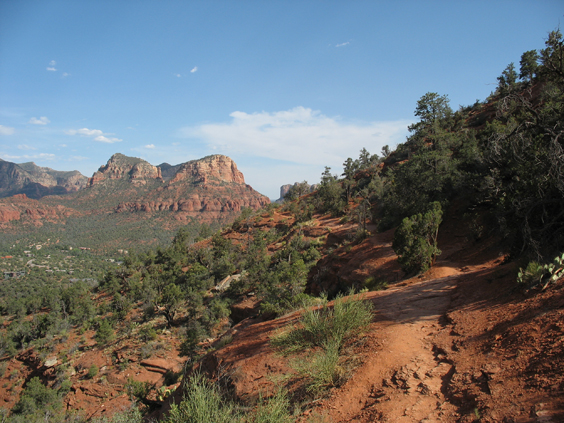 After the obligatory tour of Tilapia Caca, we cleared out of town, aiming for maximum isolation and elevation. 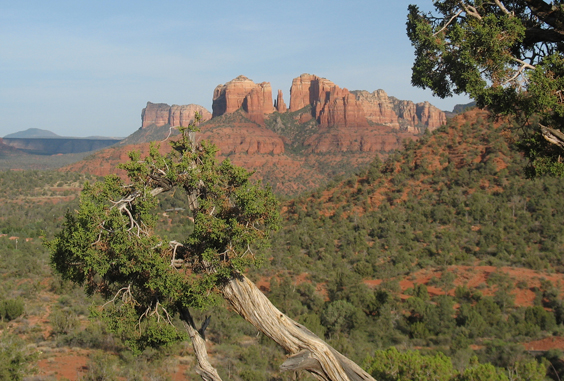 Our escape route was FR 213, a tenous ribbon of asphalt that climbs quickly to the Rim between I-17 and Lake Mary Road. We detoured briefly to Stoneman Lake, which occupies a lovely steep-sided bowl surrounded by fancy second homes. The lake, however, has moved on, leaving only a yellow ring to mark the location of its previous shoreline. 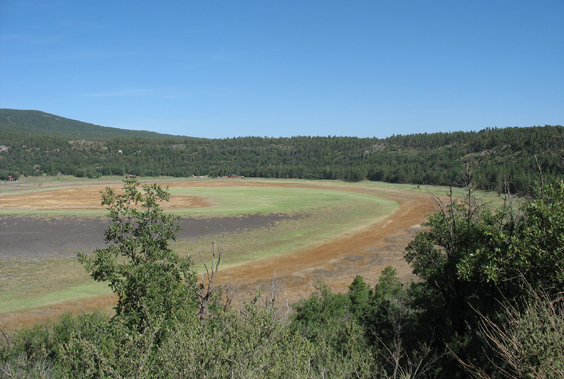 We four-wheeled all the way to the the head of Maxwell Trail above West Clear Creek, but ran for our lives when we encountered the same viscious no-seeums that attacked us three weeks ago on the Bald Hill. Desperately seeking altitude, we sped inland along FR 211 through a lovely wooded area that the map identified as "Lost Eden", then turned south on FR 95, aiming for mythical Blue Ridge Reservoir. But all the roads in this area run north-south along drainages heading for the Mogollon Rim. Just south of East Clear Creek, we found a great campsite on a windswept ridge surrounded by Ponderosa Pines. Elevation 6800 feet, temperature 73°F and NO BUGS!

Along the way we encountered two groups of elk (seven animals in all), including two calves and one giant male. We fell asleep listening to elks bugling in East Clear Creek Canyon. Click the elk to listen to this incredible sound! 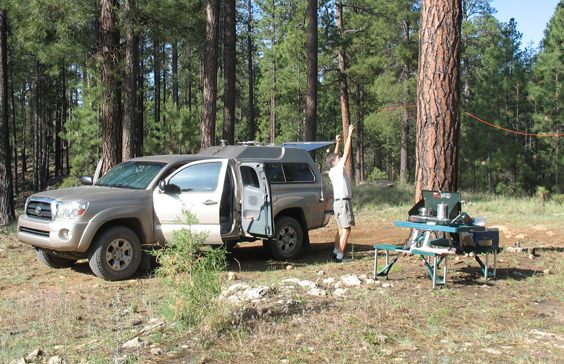 Using his well-honed bear rope tossing skills, Dennis strung a wire and was able to talk to Dave in Tucson on 80 meters. 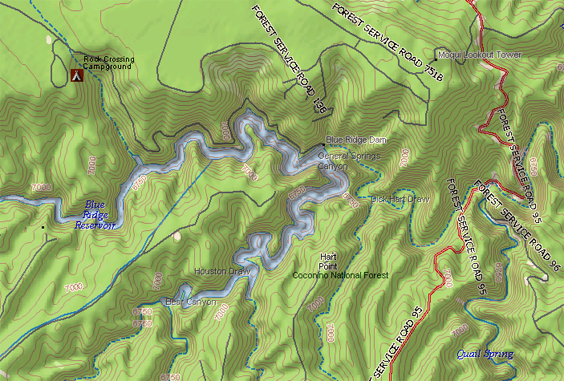 Although APRS shows that we camped less than one mile from the reservoir, we had to retrace our steps and work our way back down 87 to find the entrance. It was worth the trouble! 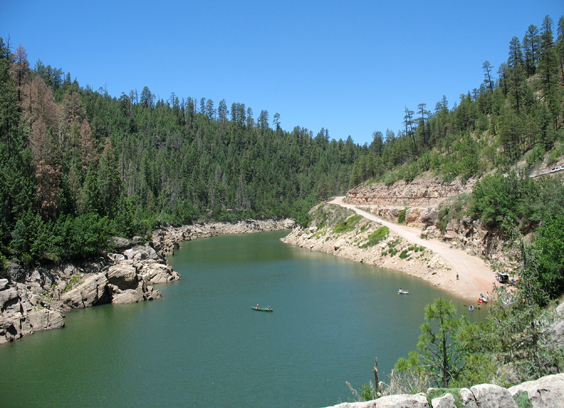 According to a sign by the dam, Phelps Dodge created the reservoir in 1963 by impounding East Clear Creek and pumping the water over the Mogollon Rim as "repayment to the Salt River Waters Users Association for water borrowed from them for use at the copper mines at Morenci". 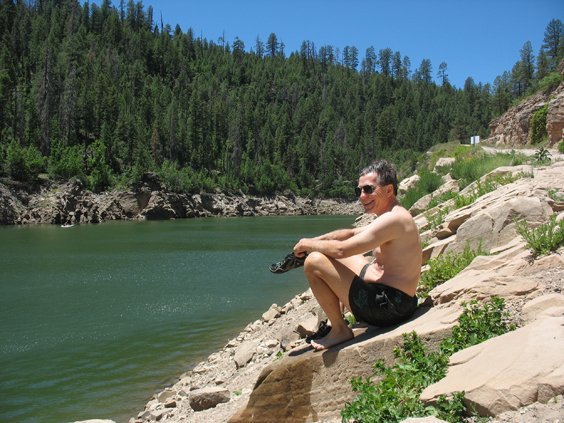 Not surprisingly, the reservoir is quite popular with canoists and fishermen alike. Even late on a Sunday afternoon, cars lined up for the privilege of backing down the long and narrow access ramp. 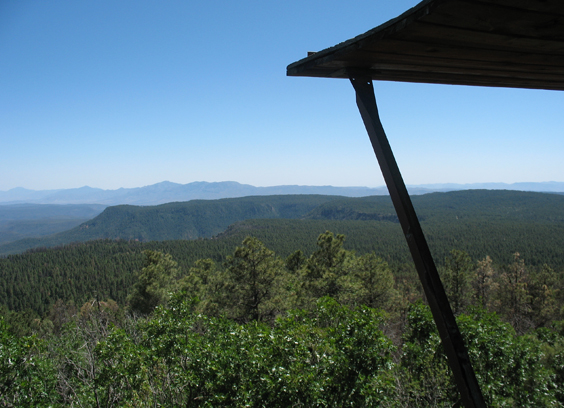 Just north of the reservoir is 100-foot-high Moqui Lookout Tower, one of 11 towers in Coconino National Forest that are still staffed by actual forest rangers during fire season. 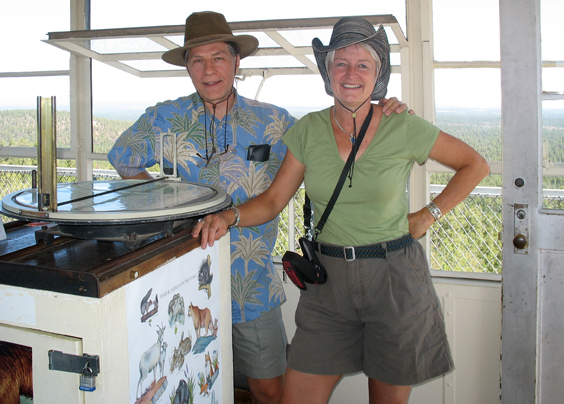 Helen commands the vintage 1953 tower and provides a wealth of information about her territory. 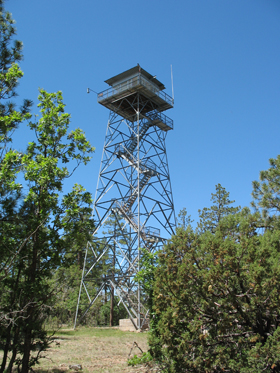 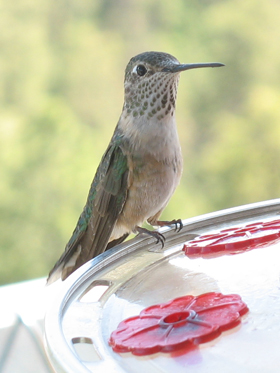 Coconino National Forest includes the largest stand of Ponderosa Pine in the world. It also has the most lightning strikes per year. Although the 2007 fire season is just getting started, there have already been 30 fires in Helen's district, and all but five of them were human-caused! 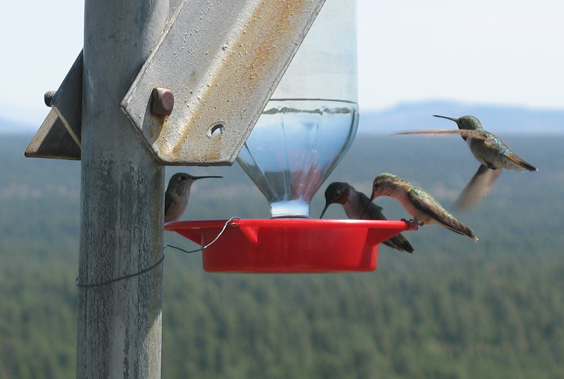 As dry lightning increases, so will the number of fires. Helen will ride out the season sitting on a stool with glass casters and buffeted by winds clocked at up to 100 mph (they were gusting over 50 mph during our visit). 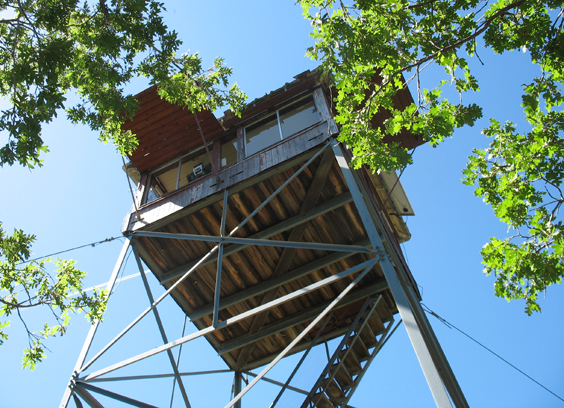 A few miles down the road, Shirley is in charge of the Baker Butte Fire Tower at the highest point on the Rim (8074 fee). Shirley's tower was built in 1936 and has one heck of a view. Another trip along the General Crook Trail National Recreation Trail seems like a really good idea, and maybe we'll visit all 11 towers while we're at it!