While attending the Amateur Radio Council of Arizona annual meeting, we visited several lakes just south of Williams. But after nine years of drought, most of them are completely dry or reduced to large mud puddles. 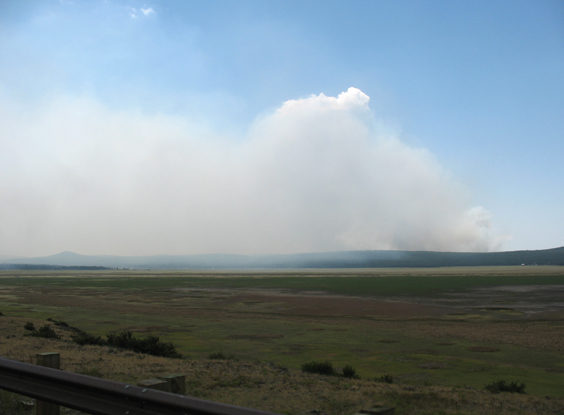 South of Flagstaff, we drove through an huge smoke plume from the Birdie Fire, which has already burned 1500 acres near Mormon Lake.

Heading east along FR 300, we drove into heavy rain and sleet, and the temperature plunged from 84 to 48 degrees. 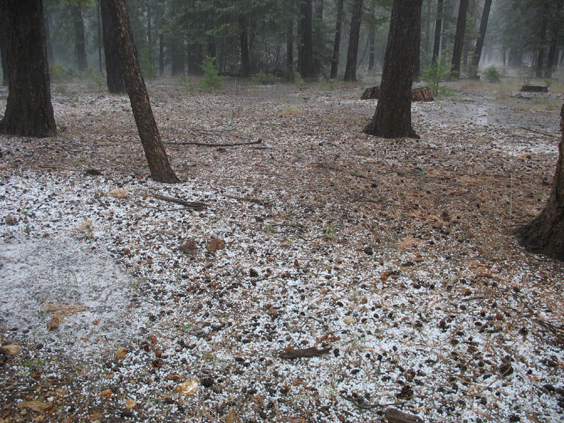 The sudden storm drove away many travelers, leaving us plenty of room at the Knoll Lake campground. 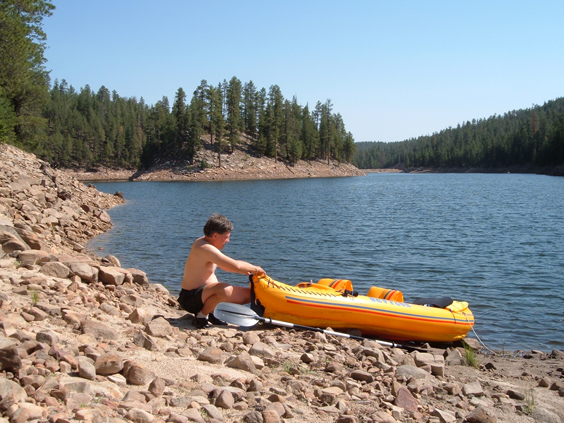 We chose this small lake for the maiden voyage of our Itsy Bitsy Teenie Weenie Yellow Sevylor Tahiti. 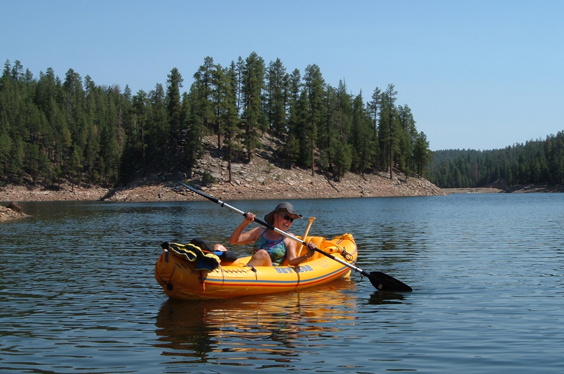 So far it is living up to its reputation for durability, portability and maneuverability — just what we need to navigate Arizona's temperamental lakes and streams. 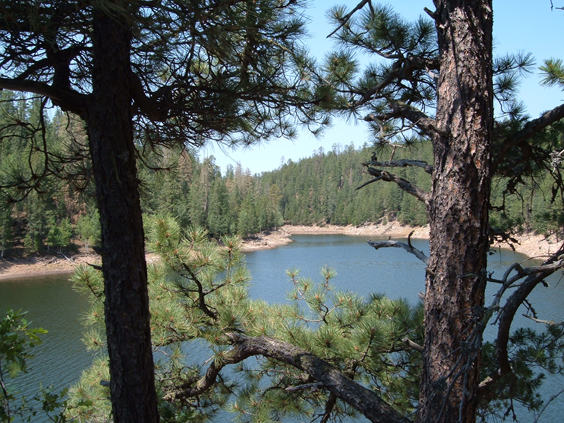 Knoll Lake is a quiet place because boats are limited to 1 hp electric motors. 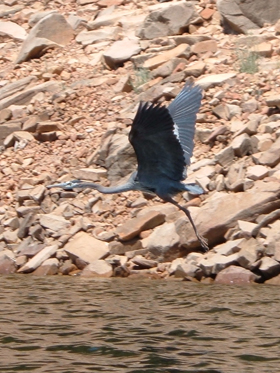 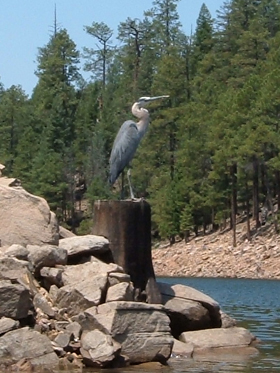 We saw dozens of osprey and had many opportunites to photograph great blue herons at close range. 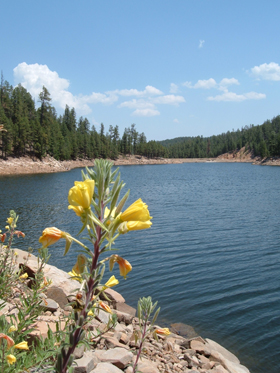 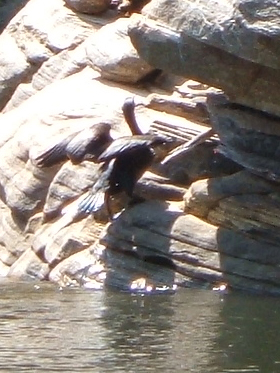 A double crested cormorant followed us all around the lake. Eventually, we noticed that our friend had a fishing lure lodged in his throat, and fishing line wrapped around his neck. He let us approach to within inches, as if he were asking for help, but neither one of us had any idea how to remove a hook from a waterfowl with a 50 inch wingspan. 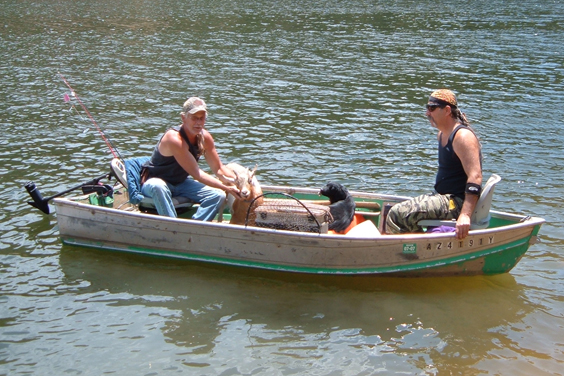 Taking the kid fishing. In this case, the kid is a one-eyed goat named "Cyclops". 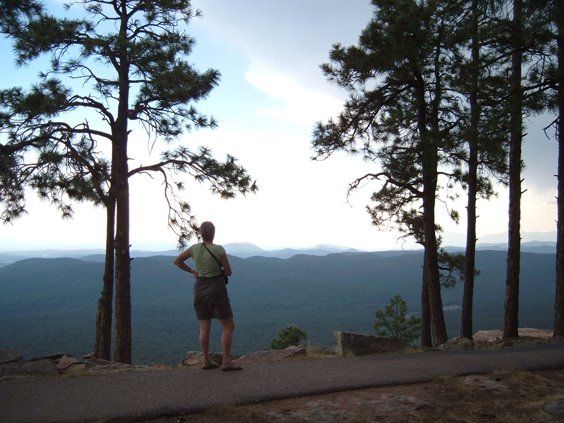 We were so enthralled with Knoll Lake that we visited several more lakes on the rim before returning to Tucson including Bear Canyon, Woods Canyon and Willow Springs. The lakes vary widely, from small gently-used lakes like Knoll to tourist hell-holes like Woods Canyon Lake. We asked the camp store clerk, who had a face so sour it would curdle yogurt, about swimming. "There's no swimming in any of the lakes on the Rim," she snapped. "These lakes are for fishing." So, it's okay to spew gas and oil from your 10 hp Evinrude, scatter used hooks and spinners (that impale a crested cormorant), drown worms and litter the shoreline with beer cans and toilet paper, but your filthy human hide shall not sully the waters of Woods Canyon Lake?