Among the many things I appreciate about living in the desert is the element of surprise. In seven years of hiking all over southern Arizona, there hasn't a single outing that was "just what I expected." Our winter afternoon scramble in the Mustang Mountains was no exception.

Who hasn't remarked those low cone-shaped mountains just off Route 82 east of Sonoita? When I stumbled across a cryptic reference to a geocache at the "Throne of Kaidoz," I thought I'd found the perfect day hike: a little outdoor adventure for me, a little electronic route-finding for my propeller-headed husband. 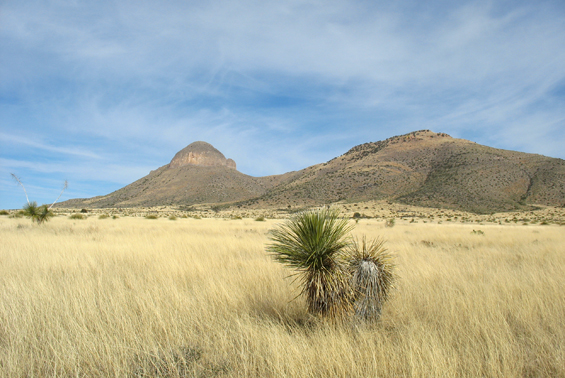 Our first surprise was that we were climbing the wrong mountain. Our destination was not the pyramidal peak at the head of the chain, but an unremarkable 6150-foot lump whose name may be "Northwest Dome." But the sky was clear, the sun was warm, and we bushwhacked up the ridge as directed through a forest of man-eating lechugilla, prickly pear and cat's claw. 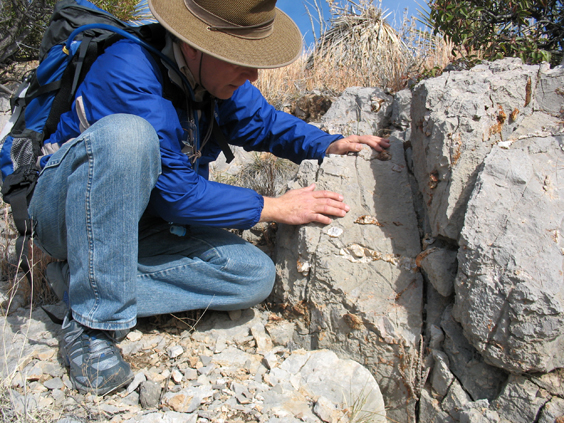 Obliged to keep our eyes on the ground, we began to notice benches of ash-gray rock, wrinkled as an elephant's hide and bristling with rust-red and white occlusions. 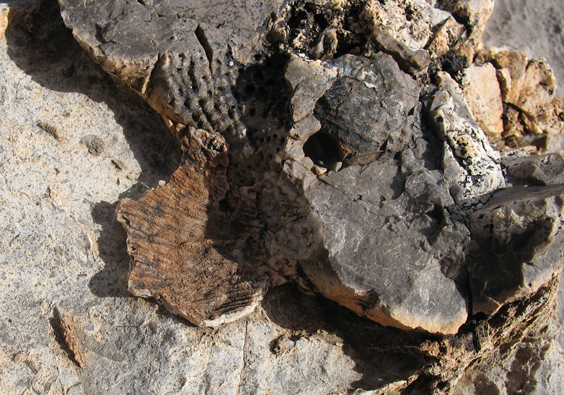 On closer examination, the rust red spikes and splotches revealed outlines of shells and plants, as well as long blades of quartz. 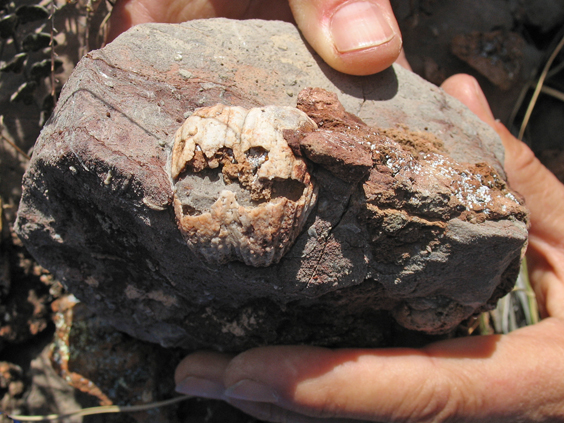 We never did find the geocache, but while Dennis communed with the satellites, I scrambled up to the summit, where there was a killer view of the Pinalenos to the north and double-breasted Mustang Peak to the south.

To my great dismay, there were also piles of trash typical of a stopover on a migrant trail. Far more ominous were a faded backpack and a duffel bag, both packed full and stashed under a pile of rocks. 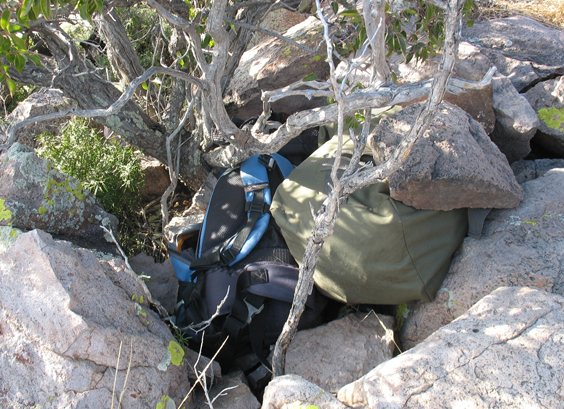 Now well out of earshot from Dennis and feeling a little uneasy, I grabbed a quick photo and dashed back down the slope. 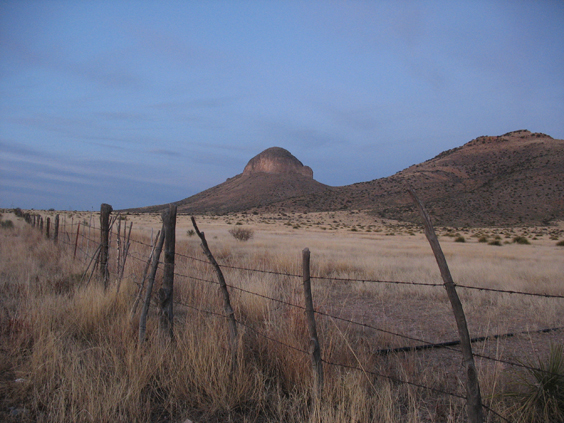 Sunset shot of Mount Bruce on the left and Northwest Dome on the right. 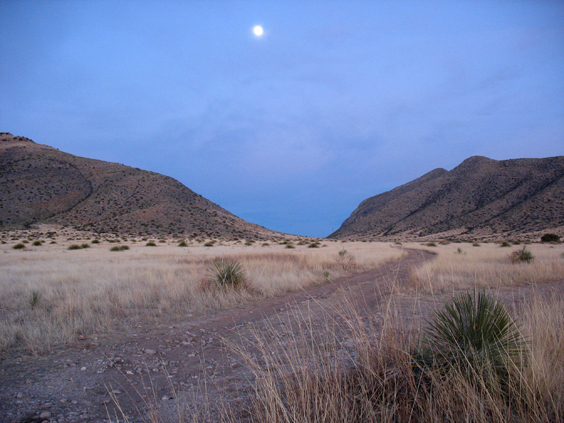 View of the pass between Northwest Dome and Mustang Peak. 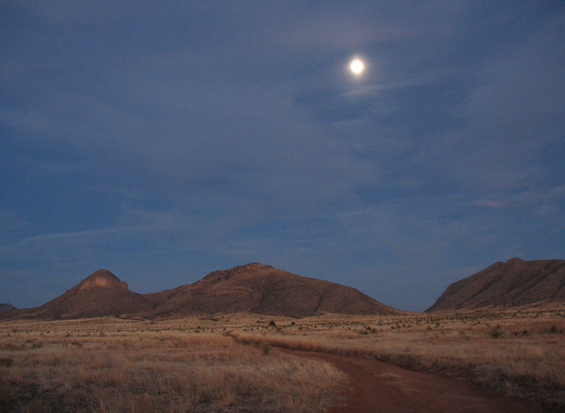 Fuzzy full moon rising over the Mustang Mountains, followed by garlic-laced calzone, fresh greens and a glass of Merlot at the Velvet Elvis. Life doesn't get any better than this!