While exploring some old mining camps in the Patagonia area, we fell in love with Alum Gulch, a narrow canyon that swings around the southwest side of Red Mountain. Rock slides and stony benches make it barely passable with 4WD, but we thought it might make a good mountain bike loop. 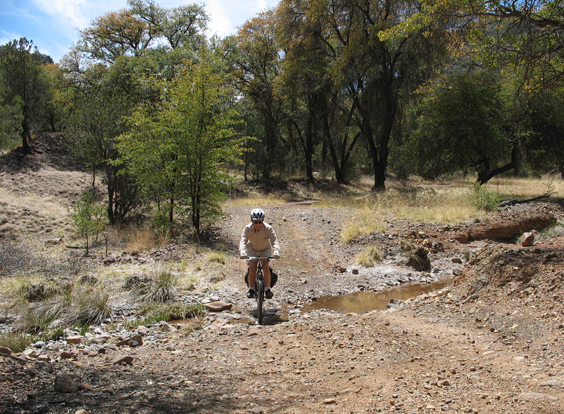 After the mandatory stop at Common Grounds, we followed Harshaw Road eight miles south of Patagonia to the Harshaw Townsite. Flux Canyon Road begins here with a stony 500-foot climb. 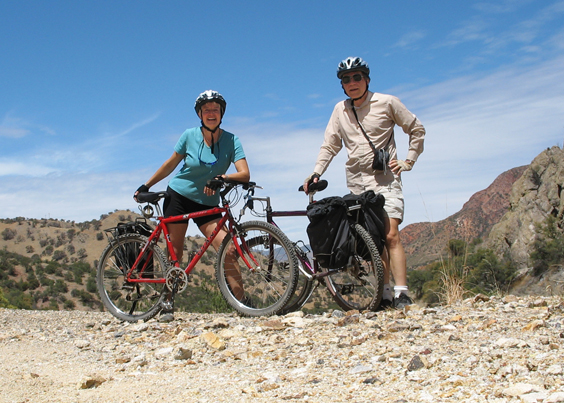 Flux Canyon Road runs along a shelf high above the canyon, through some of the most stunning scenery in Arizona. This mineral-rich range is a deep red-orange, and harbors the remains of countless mining operations. 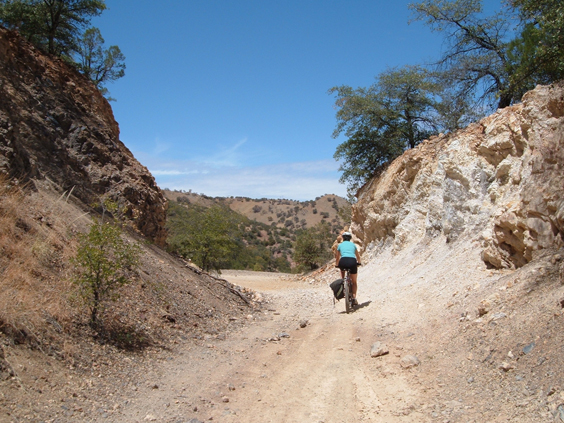 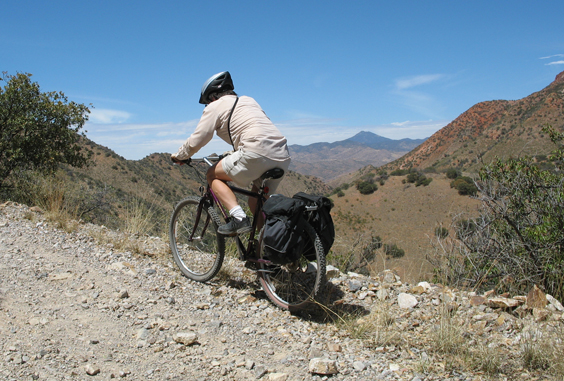 There is a great downhill run through a Mexican oak forest and past the abandoned World's Fair Mine. 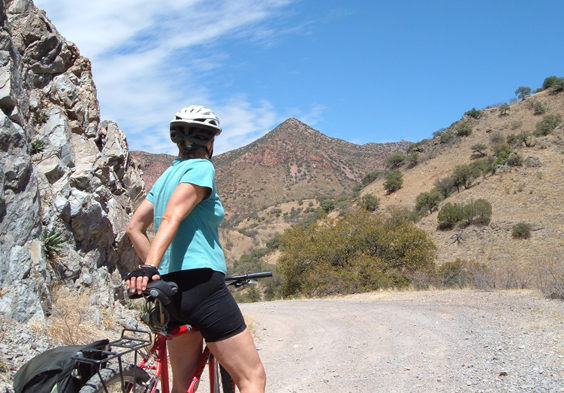 On one such descent, we encountered a group of elderly prospectors, who watched me freefalling rapidly toward them, mouths agape, never quite understanding that it might be a good idea to step out of the roadway. 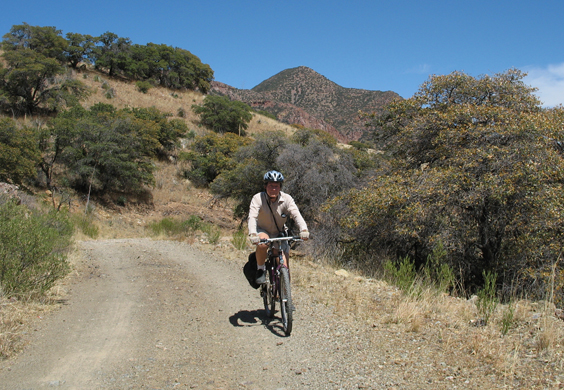 About three miles out, the road begins climbing once again to a knife's edge ridge that tops out at about 5000 feet. 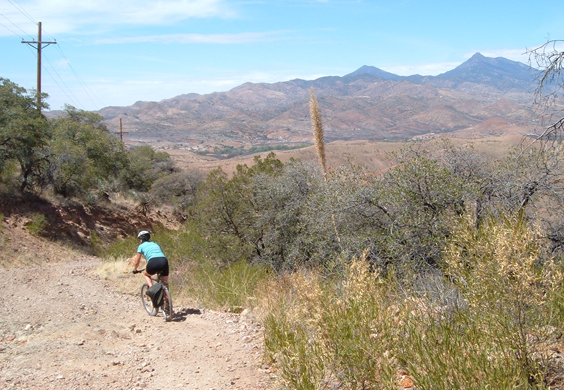 Naturally, once you crest the ridge, there is a 1000-foot drop, and it's full of big, sharp stones. 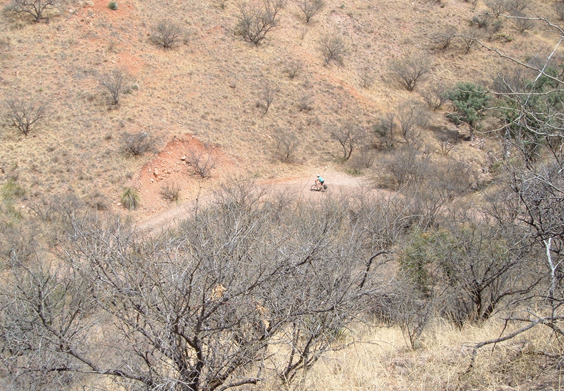 Our plan was to pick up the road that runs up the back side of Red Mountain and follow it over the mountain to the intersection with Harshaw Road. Despite all evidence to the contrary, we continue to put our faith in topo maps. Since this road is closed, we had to choice but to continue to Route 82. 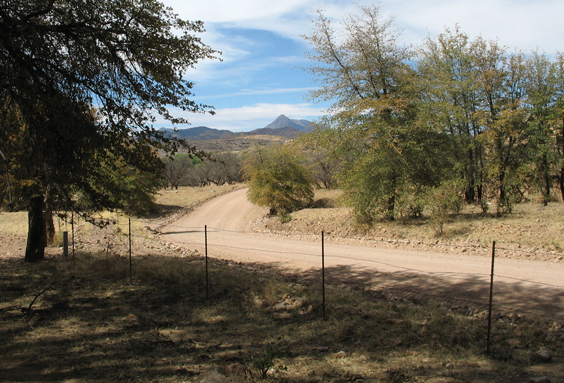 We ate lunch by a meandering wash, under a canopy of Mexican oaks. 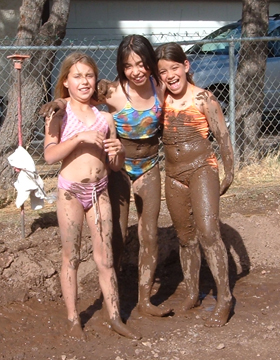 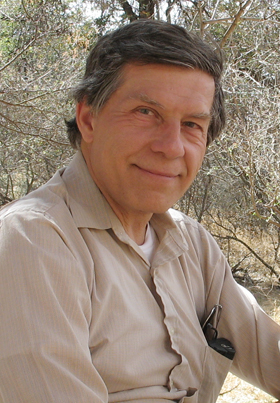 Left: Triple dipping, Patagonia style. Right: Dennis takes a break in the shade. Although the return via Patagonia added six miles to the loop (for a total of 19 miles), it also meant we could stop for iced coffee! 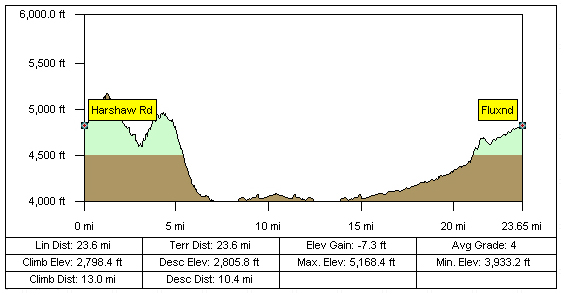 Extra miles and all, this is a great bike ride. There's a decent shoulder on Route 82 and we breezed back to Patagonia with the wind at our backs. All but the last two miles of Harshaw Road are paved, and traffic is extremely limited. Five stars!

Postscript: And that day, under a cottonwood after a 26-mile mountain bike ride, was when Dennis asked me to marry him!