I Wonder Why They Call It "Dead Man Mesa"?

Photos by David, Dennis and Marion

We returned to Deadman Mesa after one year and found it exactly as we left it, as if noone else had used this trail. Do you suppose this has anything to do with the access road? FR 591 was even worse than we remembered it, consuming nearly two hours to cover a mere six miles of mesa. It didn't help that we drove most of it after 10:00 o'clock at night.

David and Rogil went up Friday morning, and we arranged to stay in touch with our FRS radios and meet at our favorite camping spot on That Creek in Northern Arizona.

When the road runs out at an abandoned ranch site, there's a two-hour trudge across a featureless basalt-infested mesa. But then the mesa suddenly becomes a narrow peninsula with staggering views of Fossil and Hardscrabble Creek and the Verde River. 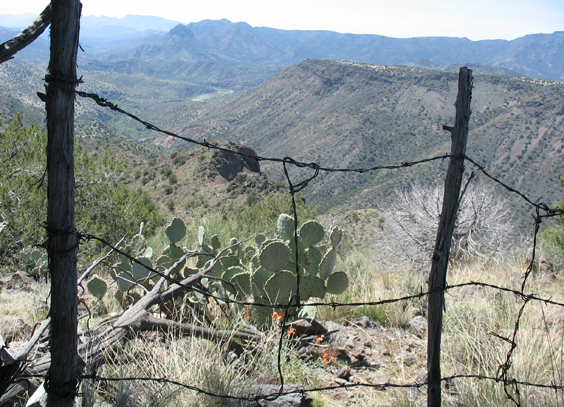 After passing through an old gate at the tip of the mesa, the trail scrambles down an impressive basalt fin. This area has some signature plants, including tall, spindly barrel cacti that are easily mistaken for saguaros. 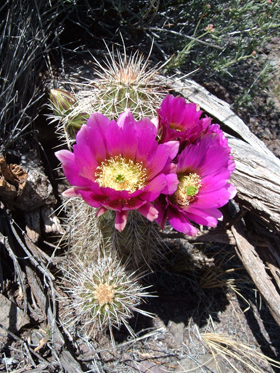 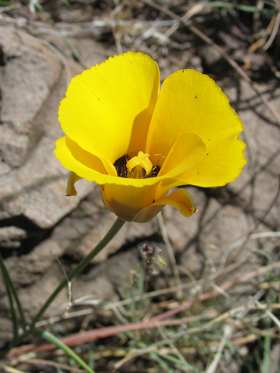 On this Easter weekend the baked and blackened ridge was decorated with strawberry hedgehog cacti in a deeper shade of magenta than I've seen anywhere else in Arizona. Also out in force were the yellow mariposa lily, desert mariposa, apricot mallow, Indian paintbrush, dalea, tackstem, blackfoot daisy, yellow evening primrose, fairy duster, Mexican poppy and penstemon. 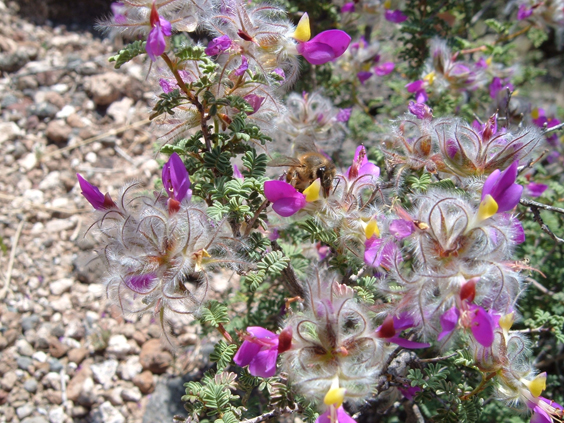 Bees a-buzz on a bush dalea. 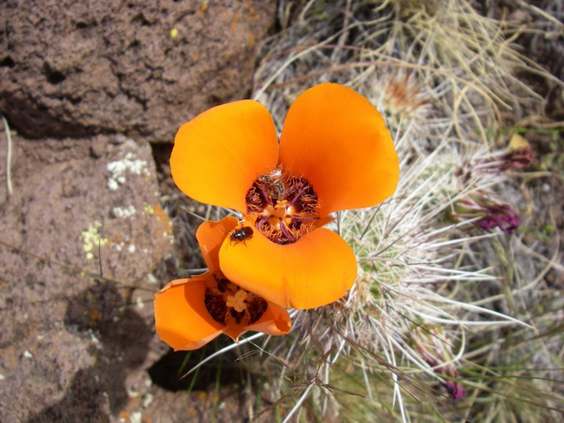 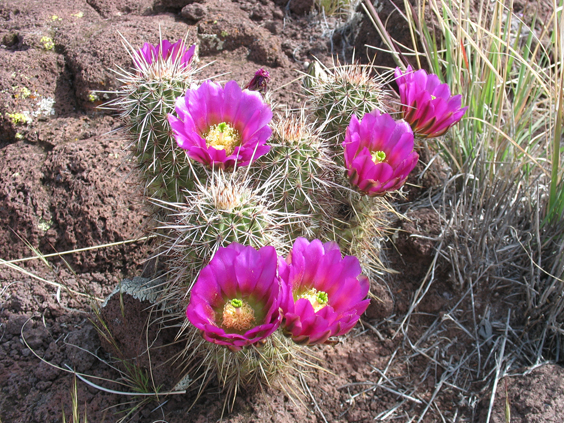 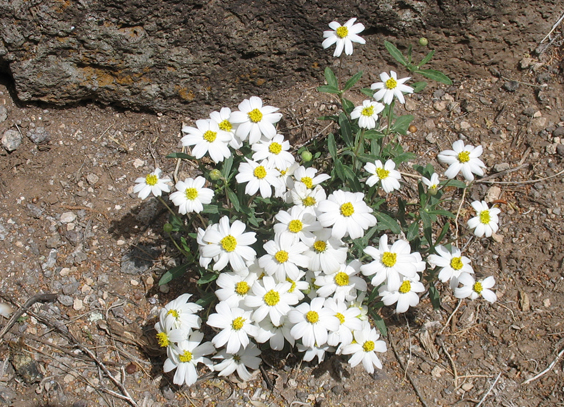 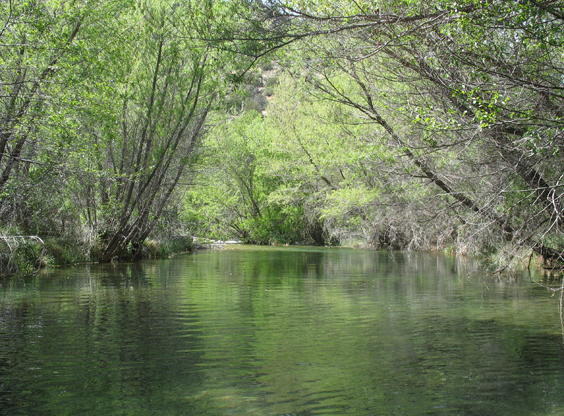 After about four miles and an elevation loss of 2200 feet, swirling, travertine-laden irridescent blue-green That Creek in Northern Arizona appears like a mirage in the middle of the driest desert. 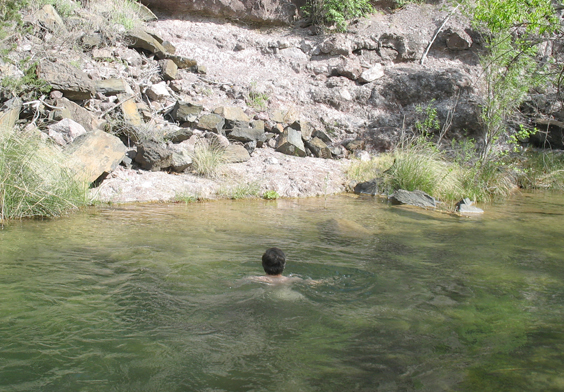 We had no trouble locating the sandy point where we camped last year. We thought about continuing to hack our way downstream — but not for very long. 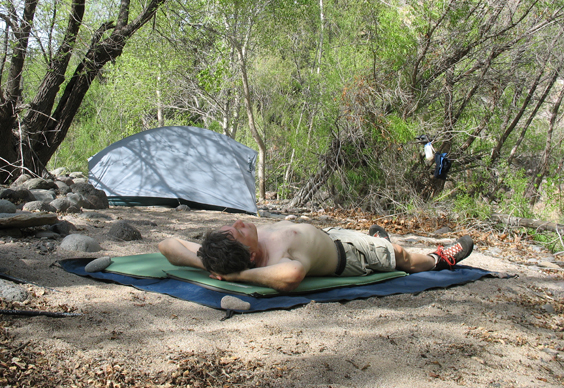 Meanwhile, David and Rogil had made their way to the Verde River confluence, then scrambled over a 3000-foot ridge to the mouth of the East Verde River. 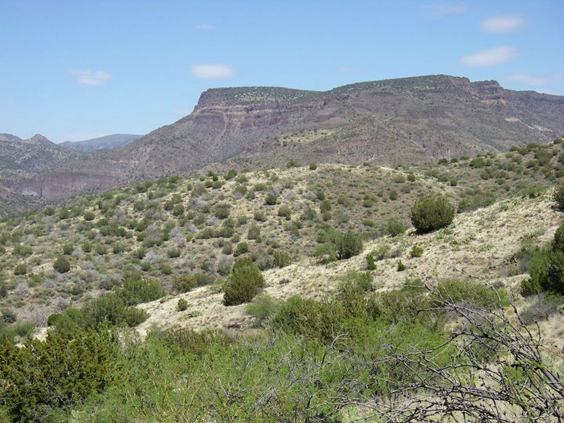 Here's their photo looking back at Deadman Mesa, where we first made radio contact around noon on Saturday. 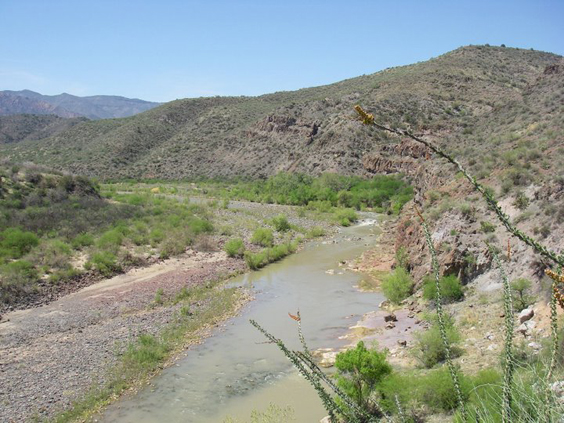 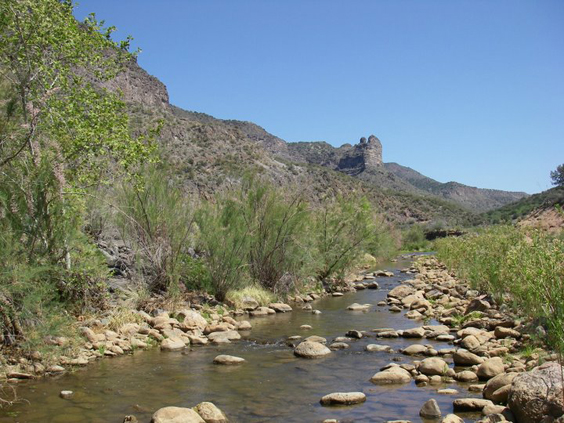 And here's the East Verde, also rather low-flow compared to That Creek in Northern Arizona. 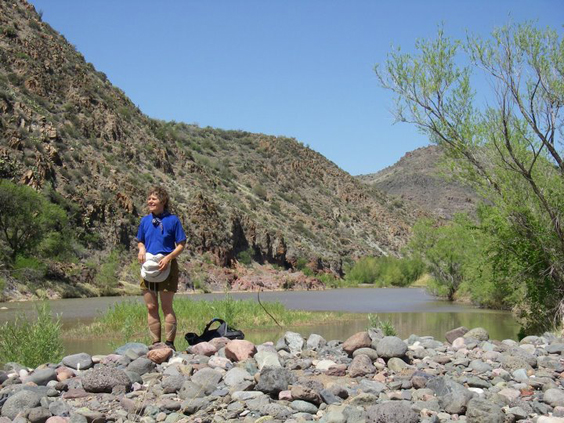 Rogil at the Verde River confluence. There are more photos of their hike in Dave's Photo Album 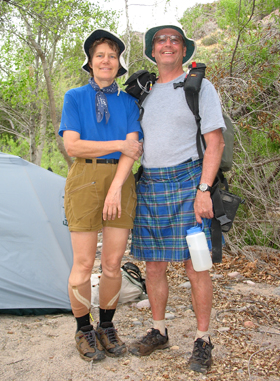 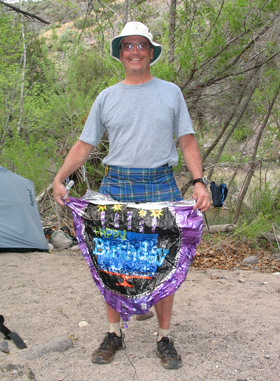 Back at our base camp after nine hours of hiking! Their adventure netted another enormous mylar balloon (the third one on this hike). Every balloon released in Phoenix drifts north and ends its days decorating a prickly pear cactus on Deadman Mesa. 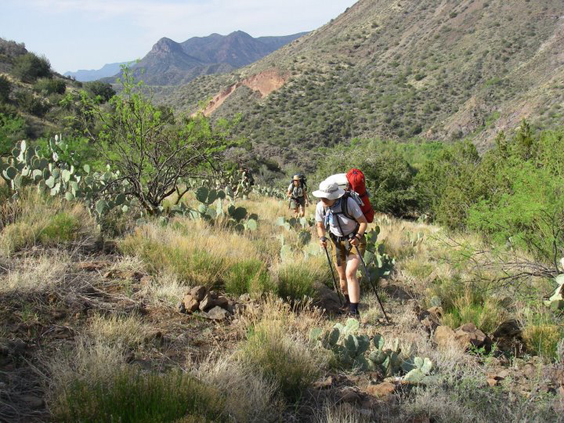 Sunday morning and time to make our way out of the canyon and back to civilization. 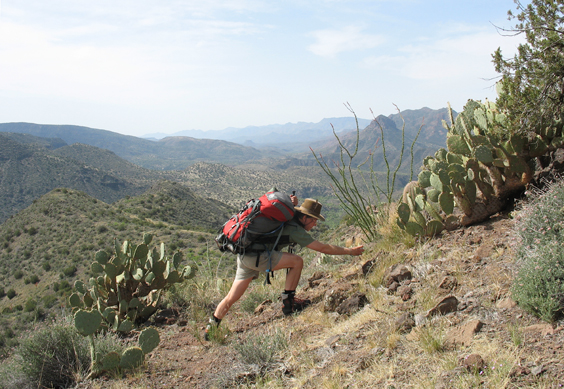 But not without stopping for a few more photos along the way. 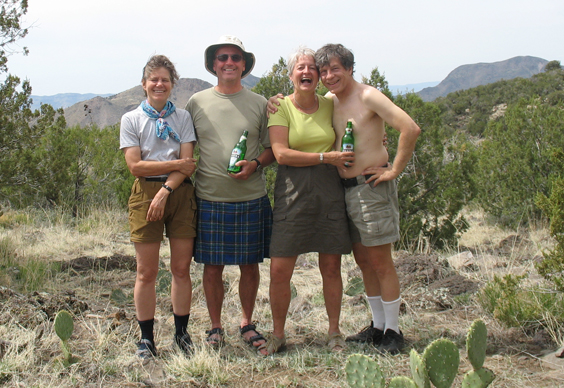 Tailgate party! Left to right: Rogil, David, me and Dennis. Also shown are several bottles of Lithuanian ale, which made the drive out much more entertaining (see video, above).