During 2007 Field Days, Jim and Jacki joined us for a hike from Rustler Park to Fly's Peak. 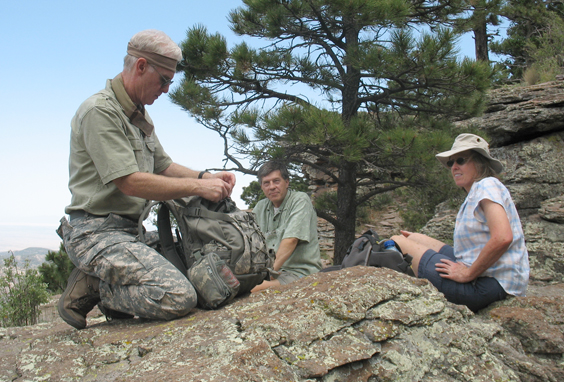 The temperature was a balmy 75°, the Ponderosa Pines were swaying in the breeze, and the forest floor was carpeted with lush green ferns, wild irises, penstemon and lupine. 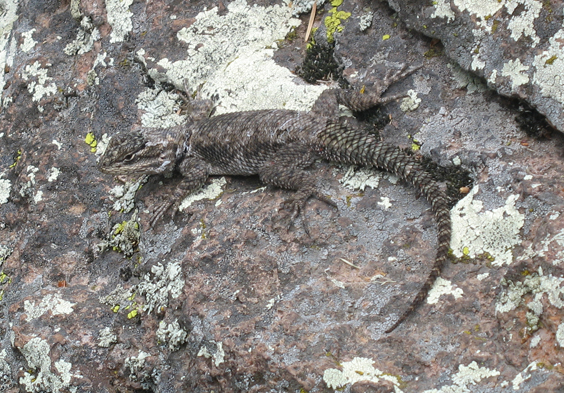 The lunch rock is a popular spot for lizards, including this mountain spiny who was literally crawling out of his skin. 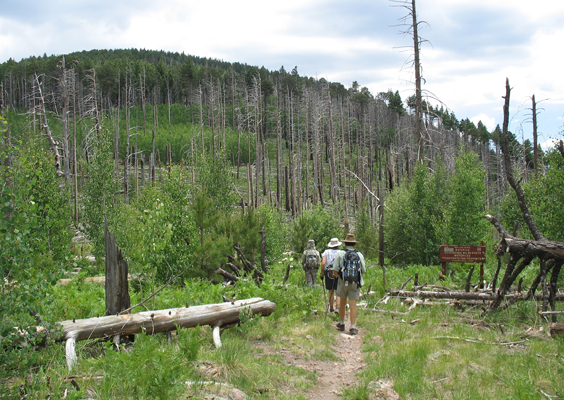 There's still plenty of damage from the fire of 1994, but look at all that lush new growth! 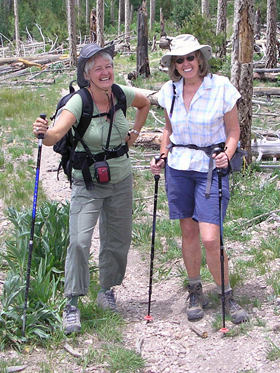 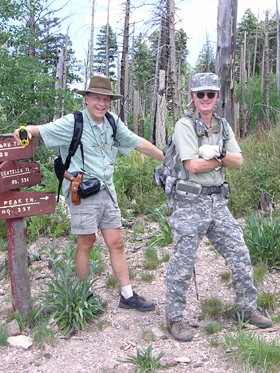 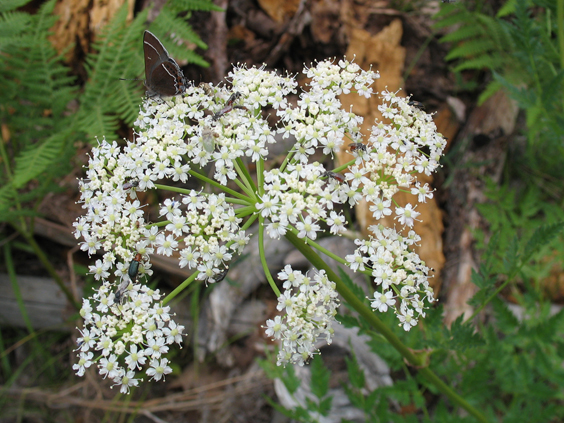 Queen Anne's Lace — I didn't know it grew in Arizona! 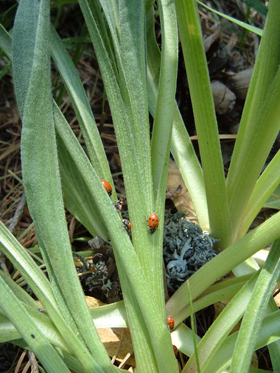 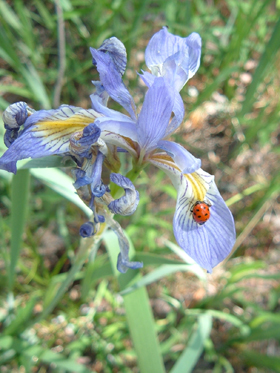 There were clouds of ladybugs at the summit, which was littered with large chunks of obsidian. 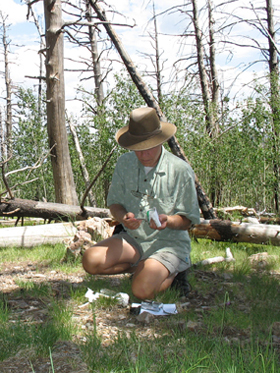 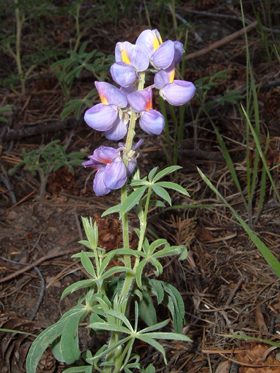 Dennis examines a makeshift summit log, with entries dating back to 2003. 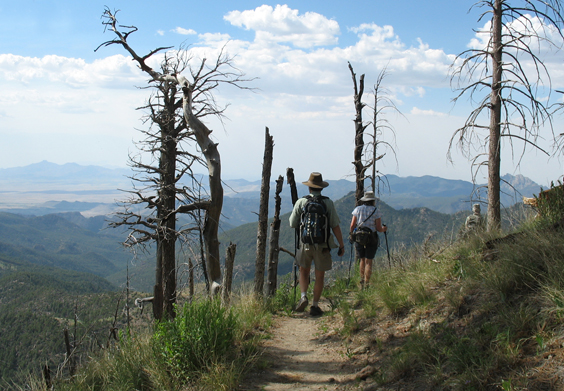 Fortunately we didn't see any bears, although one was spotted by hikers on Fly's Peak the following day. Maybe we're finally over the bad mojo that began with our hike on Greenhouse Trail.