It's time to "swim the canyon"! The creek still has plenty of water, but flash floods are less likely while the monsoon takes a short break.

The canyon has been closed past tram stop 4 most of the summer, so this was our first chance since to revisit the swimming holes that were rearranged by the flood of 2006 and subsequent reconstruction. 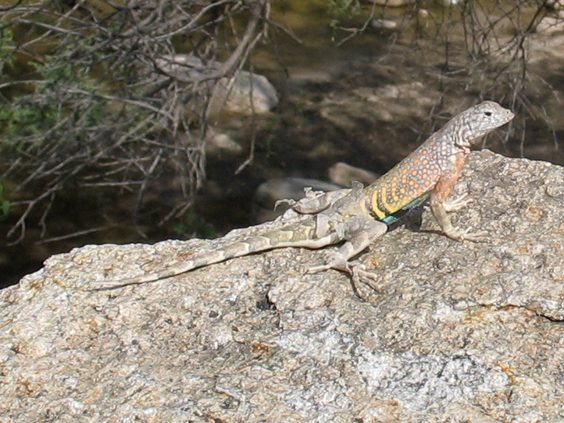 It must be mating season for the collared lizards — their colors today were the brightest I've seen.

The punch bowl was in fine form, with plenty of flow. We had just arrived when a visitor from out-of-state lost his glasses in the waterfall. Dennis and I made many dives with the goggles, and retrieved three pairs of glasses from the punch bowl before recovering his precription specs. Here are the guys displaying their collection. 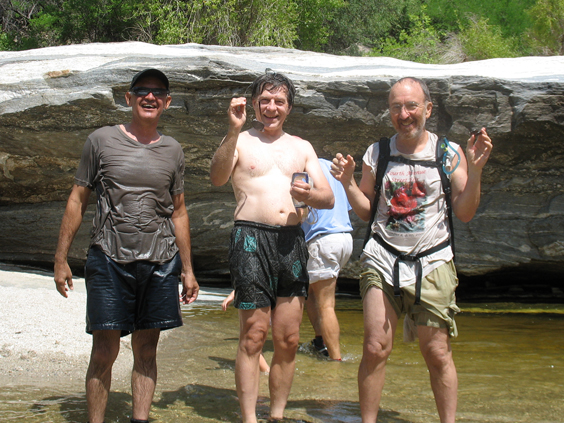 We hiked down Sabino Creek from the punch bowl, and while the water slide was a shadow of its former self, we came across two new pools that were at least neck deep. In one of the pools, we dredged up not one but two more pairs of glasses, bringing the day's catch to SIX PAIRS OF GLASSES! 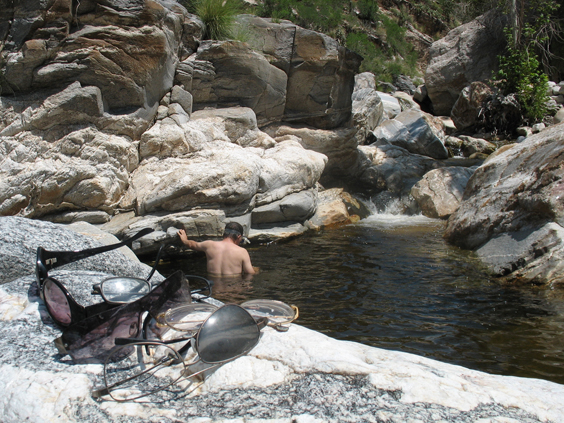