On October 29, 2006, Sabino Canyon was finally reopened. While many trails — including Phone Line and Hutch's Pool — remain closed, the public may now walk on the road without risking a $5000 fine. 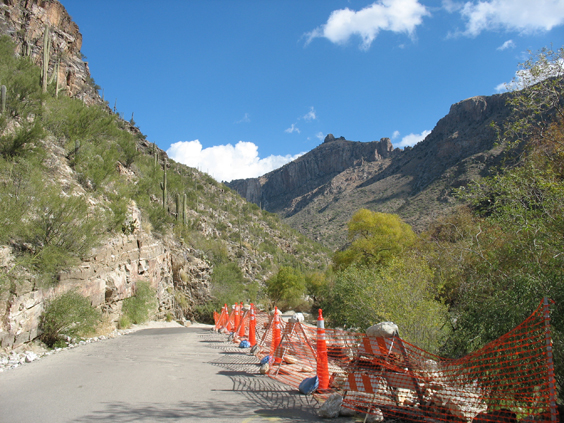 This was one of those Sunday afternoons — crystal clear and 75° with just a hint of the morning's chill — that makes the Snowbirds trade it all for a chicken-wire-and-stucco ranchette in Marana. Incredibly, the parking lot was half empty, there were two empty trams and no line at the ticket booth. 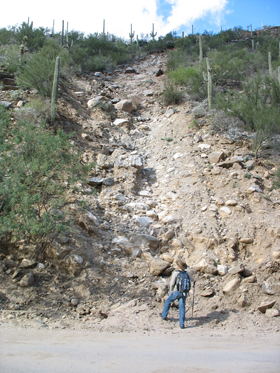 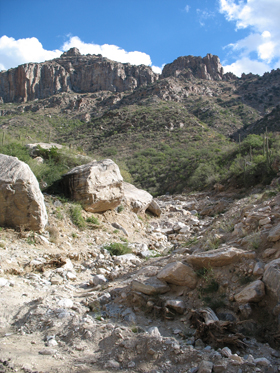 The tram only runs as far as Stop 4 now, so past this point it was blissfully quiet. No trams farting ethanol fumes, no kamikaze cyclists, and only a few zombies yelling into their cell phones (except for one black guy singing, "I'm dreaming of a white ... woman!", but he was pretty entertaining). 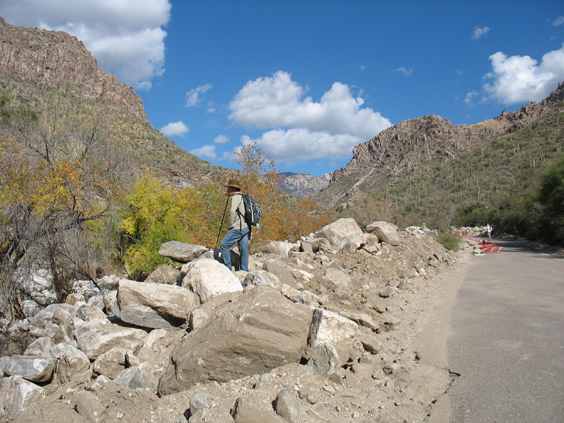 We were very impressed by the huge piles of boulders that have filled in some sections of the canyon. 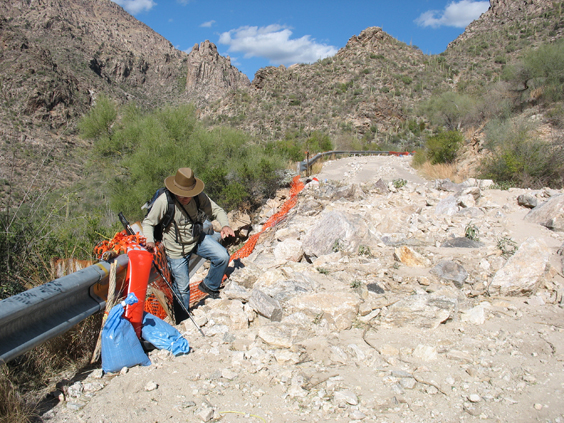 The photo below shows the enormous wash that has replaced former tram Stop 9. The foundations of the former restroom (highlighted in yellow) are barely visible in the foreground. 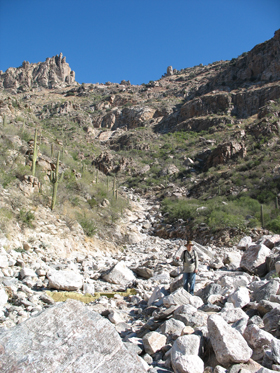 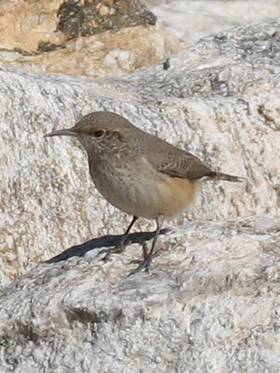 Ironically, one of the few fixtures that survived the flood is a sign entitled, "A Road to Nowhere." It describes how Sabino Canyon narrowly escaped construction of a 250-foot dam as part of a "federal relief" project during the Great Depression. 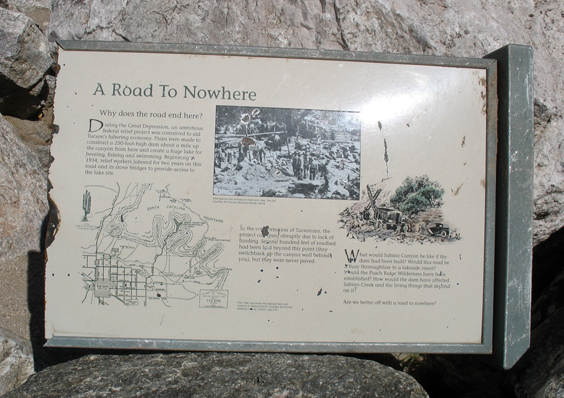 Fortunately, that project was never completed due to lack of funding, but it made me realize that nearly all of the damage from the Great Flood of July, 2006 was sustained by man-made structures. The canyon itself is just fine. 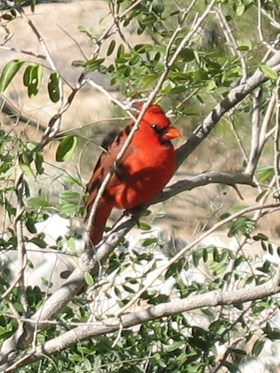 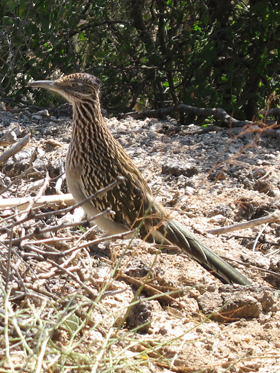 I don't think I've ever gotten so close to so many birds as I did on this hike. We photographed a roadrunner, a cardinal, a rock wren and a sharp-shinned hawk at close range. 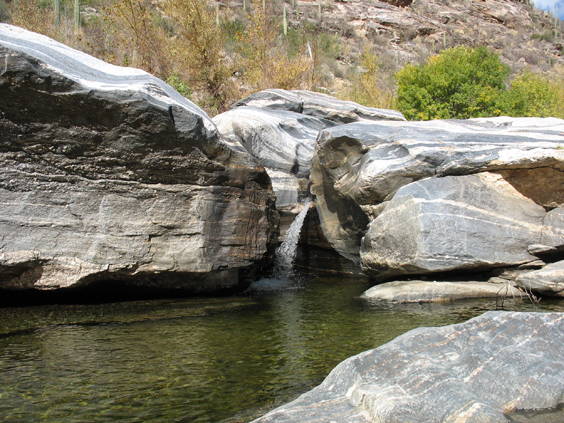 The wonderful swimming hole near Stop 8 is virtually untouched. 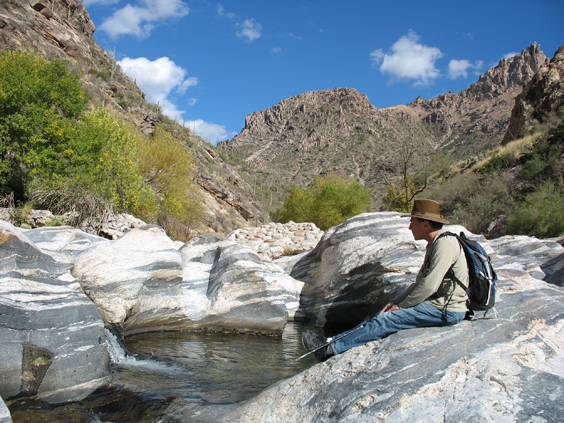 In fact, all our favorite pools were full to the brim, even though it hasn't rained in weeks. 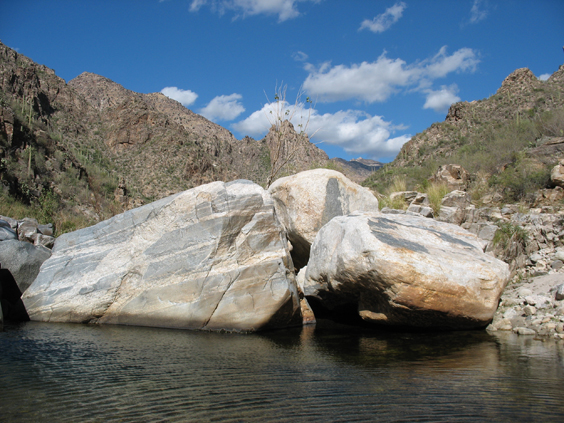 The only difference was the silence. And a near total absence of soiled diapers and empty beer cans in the brush. 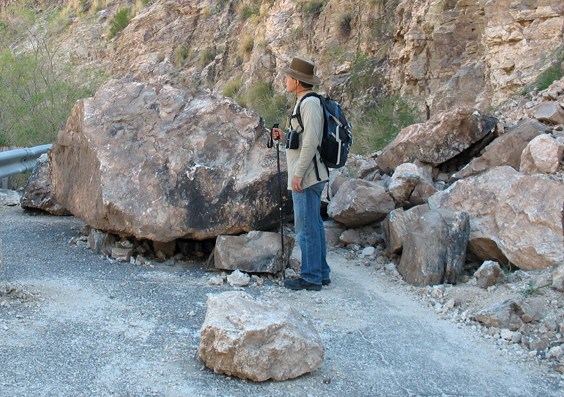 So, was the flood really a "disaster"? Or was it Nature's way of correcting past mistakes? 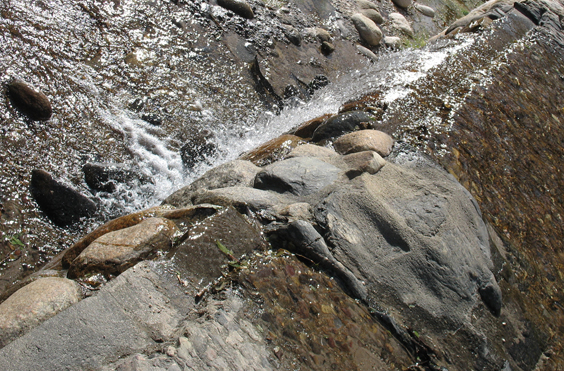 There is nothing wrong here that Nature herself can't take care of, so why not just leave it alone?