is just our neighborhood hike -- a deep gash on the west side of the Catalinas that you can see from any shopping center parking lot in Tucson. But on a star-strewn desert night, that notch calls out to me. What would it be like to stand at the knot where Pima, Dead Horse, Alamo Canyons twist together? 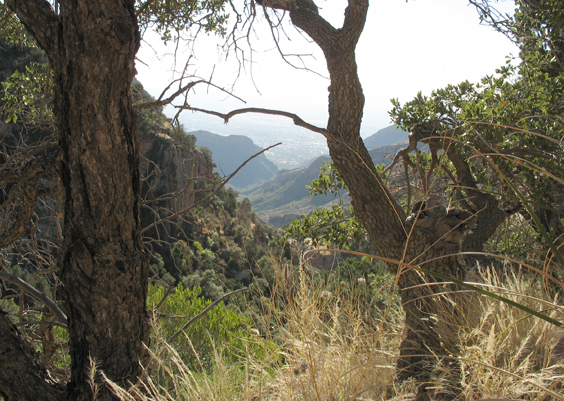 Pima Canyon was one of my first hikes with Dennis, almost two years ago now. Starting too late in the day, we ran out of gas after clawing our way over a ridge, and camped in a wide spot just before the trail drops back into the streambed at about 5400 feet. 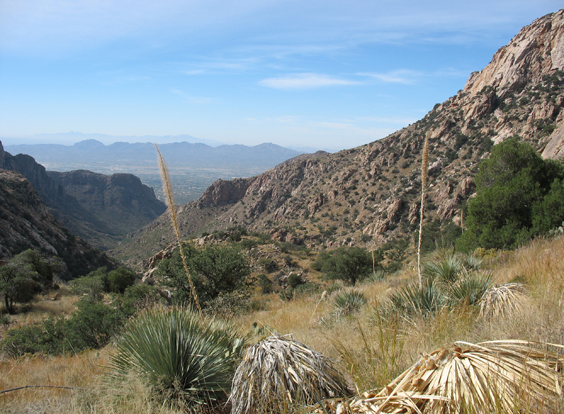 Water was plentiful all along the trail, and we vowed to try it again with an earlier start and less weight. Toting a mere 28 pounds each, we motored right along on the morning of Saturday, November 4, reaching the first dam in two hours and the second dam about an hour later. After such a rainy summer, we were surprised to find the stream bone dry but for a few skanky pools. We pumped three liters at the second dam even though we planned to spend the night at Pima Spring. 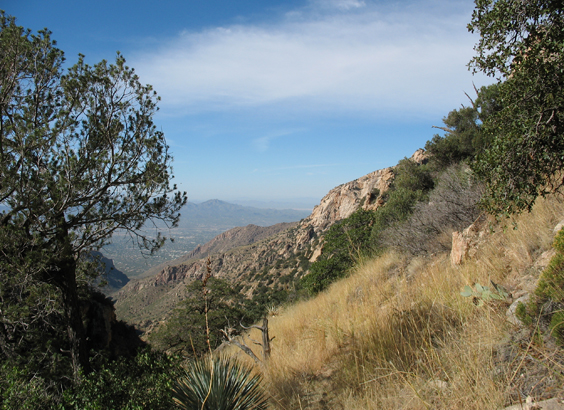 It was 3:00 by the time we reached our former campsite, but we figured we had it made with one mile and two hours of daylight ahead of us. Unfortunately, that last mile is a 1000-foot scramble up a narrow, thorn-clogged wash. 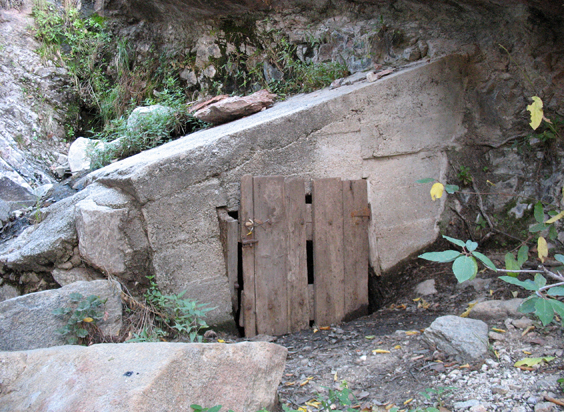 The "camping area" at Pima Spring was a gloomy hollow next to an oozing, malaria-infested bog without a drop of usable water. 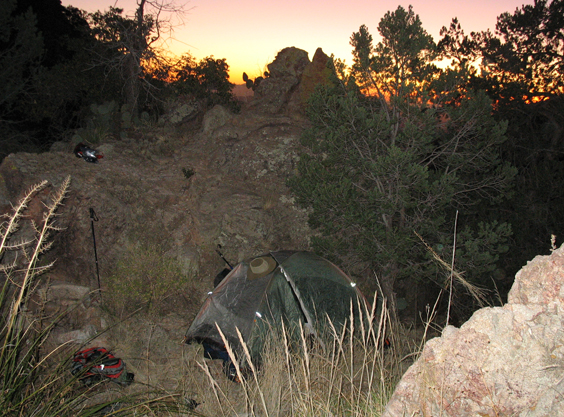 We struggled on, eventually locating one small but appealing campsite on a bridge between the trail and a huge stone tower just below the saddle. 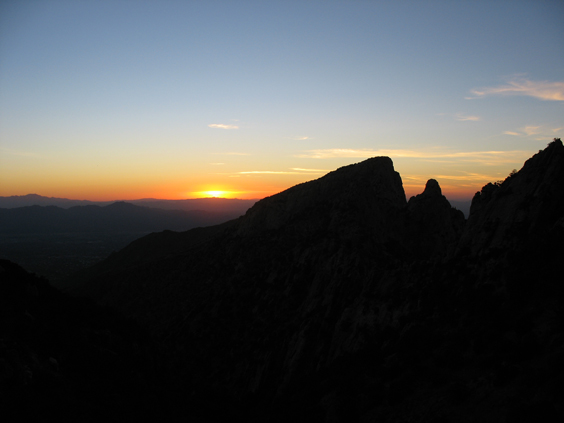 There was just time to set up the tent, make a quick dinner, break out the port and get ready for the show. And what a show it was! 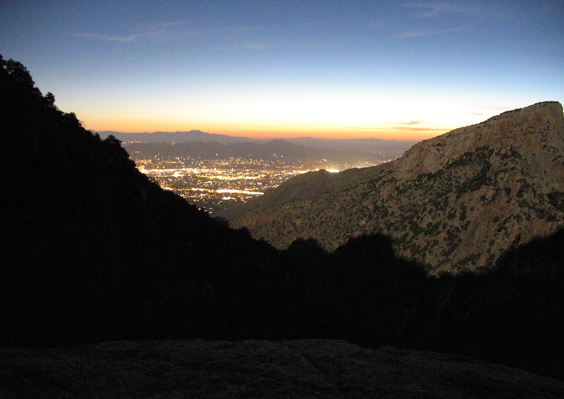 In addition to shimmering lights of Tucson, we could see into Oro Valley and Marana through nearby notches. When the full moon popped over the saddle, it lit up Table Mountain like a field of snow. You could have read a book at midnight. 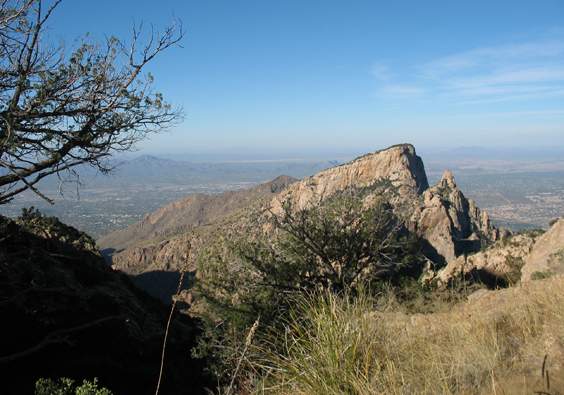 In the morning we scrambled up the last few hundred feet to the saddle. 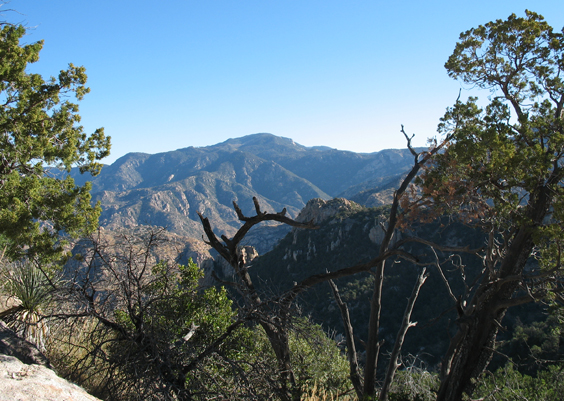 And there we were, on a sunny grassy knife's edge at 6400 feet, with all of Tucson on one side and a clear shot at Mount Lemmon on the other. 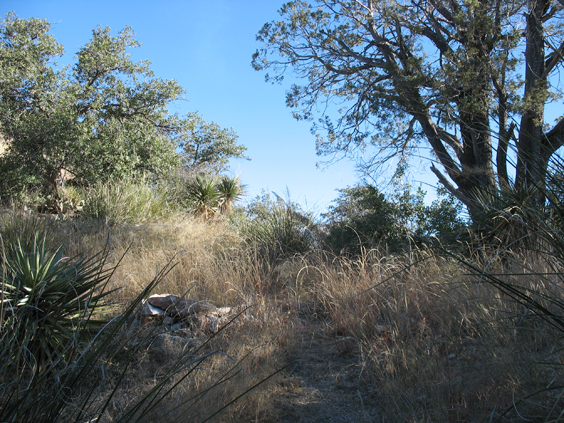 My only regret was that we didn't have enough food and water to spend several days in this spot. 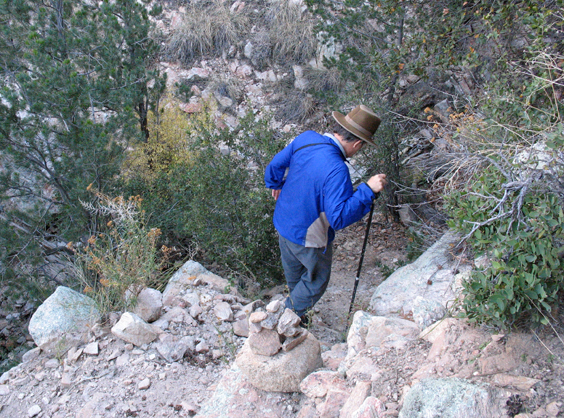 The return trip should have been shorter and easier. It wasn't. We arrived footsore, dehydrated and shredded after nearly seven hours on the trail. I looked askance at the perfectly groomed couples who supposedly sauntered up to the saddle as a day hike. Maybe it depends on their definition of "saddle". Or "to".