The monsoon arrived late this year, preceded by record-breaking heat. Between June 19th and June 25th, Tucson International Airport registered 7 straight days with a high temperature of at least 109°. Then finally the evening of July 10, a drenching rainstorm blew into town. Over the next few weeks, we enjoyed almost daily gully-washers, some producing more than 1½ inches of rain in a single storm. According to the National Weather Service, Tucson received 6.80 inches of rainfall during the month of July, making it the wettest July on record.

Soon our secret pools in Sabino Canyon were filled to the brim with clear, delicious amber-colored water. 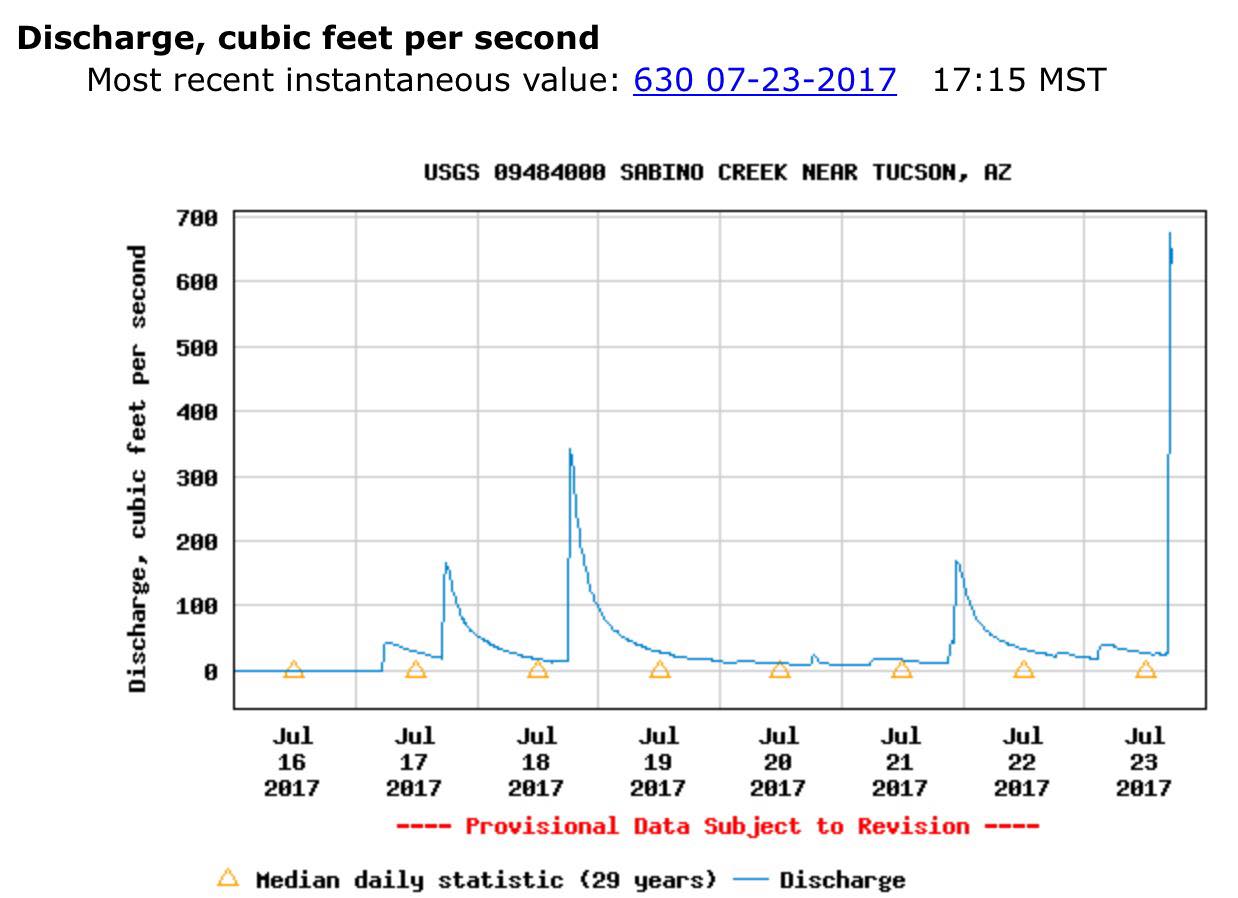 All month long, we hiked the canyon about three times a week, getting an early morning start to avoid the midday heat, and punctuating each hike with a refreshing swim to keep us cool on the way back. 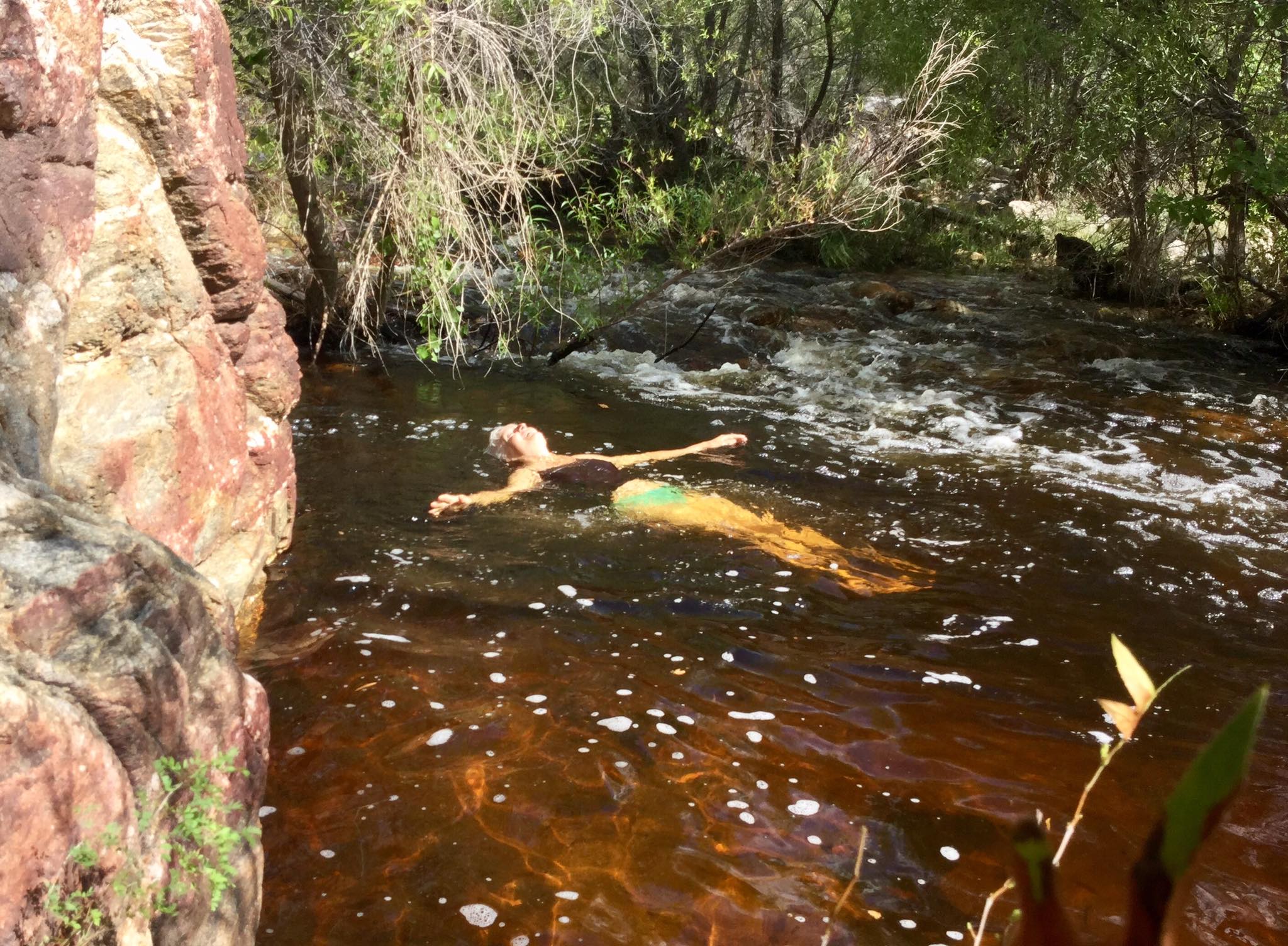 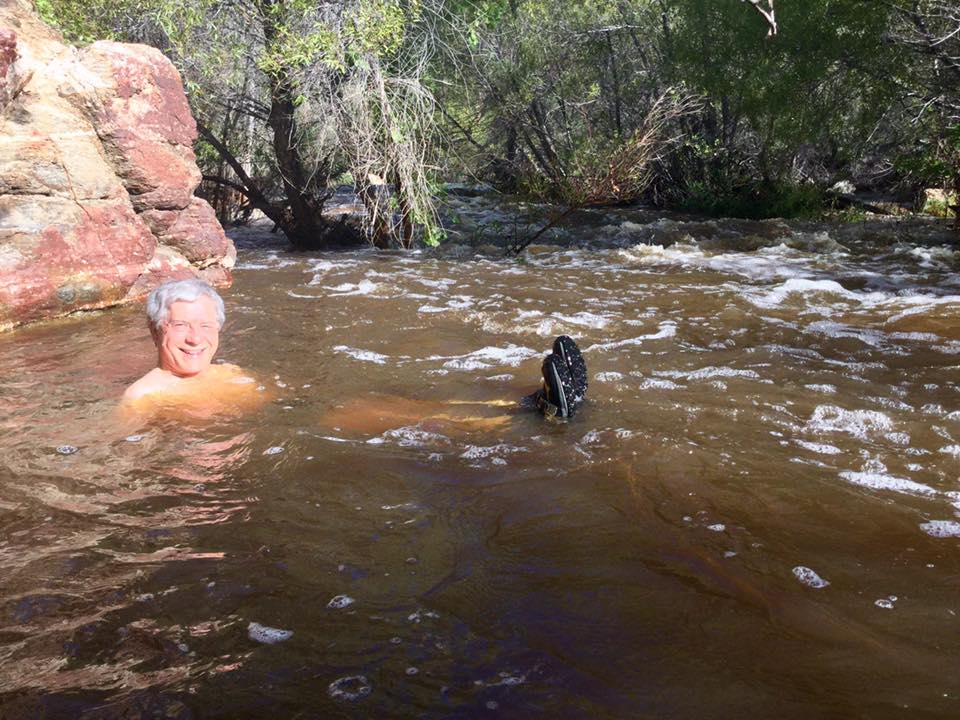 We even rode our bikes up to Anderson Dam and played in the waterfall and pedaled out before the first tram at 9:00 am.

Now the monsoon is winding down, and it won't before long before the water level drops and the stream eventually dwindles to a few scummy puddles. But wasn't it glorious — a true desert miracle? 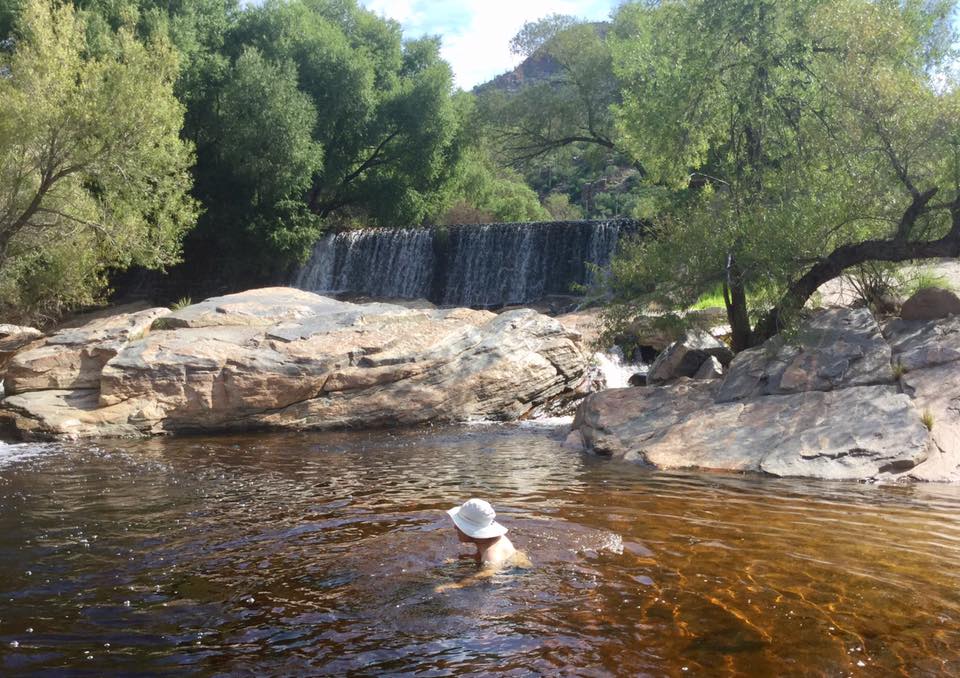