After six years in Tucson, I figured I'd already explored every natural area worth the name. It's nice to be proven wrong. 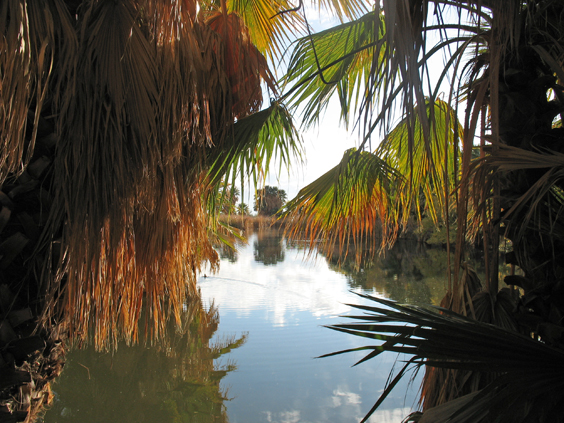 Suffering from acute trade show fatigue, we wandered over to Agua Caliente Park to see if we could salvage a Sunday afternoon of a cold and rainy weekend. 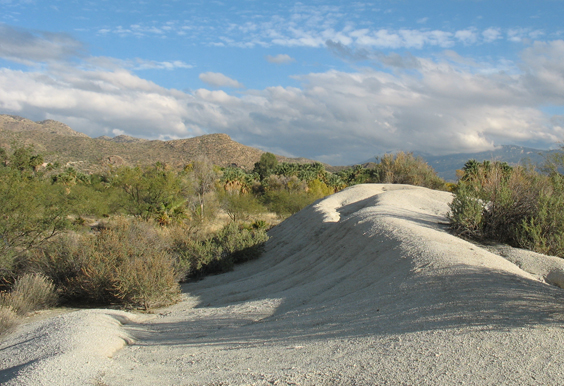 We couldn't have been more surprised to find a good-sized lake fed by a warm spring and surrounded by hundreds of palm trees. 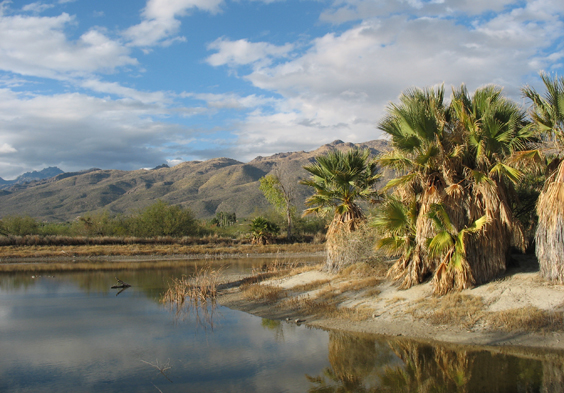 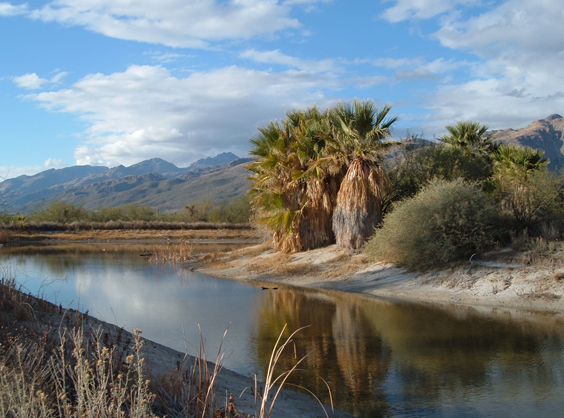 From the 1850s to the 1870s, the spring was used as an army camp, and I'm guessing it was a stopover on the former military road that connected Tucson and Willcox via Reddington Pass. 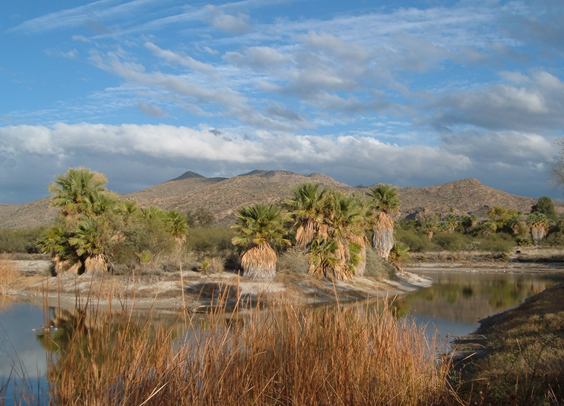 From 1873 through the 1920s, there were several attempts to establish a resort on the site under various names including "Agua Caliente Rancho" and "Fuller's Hot Springs," but mostly it served as a cattle ranch and orchard. 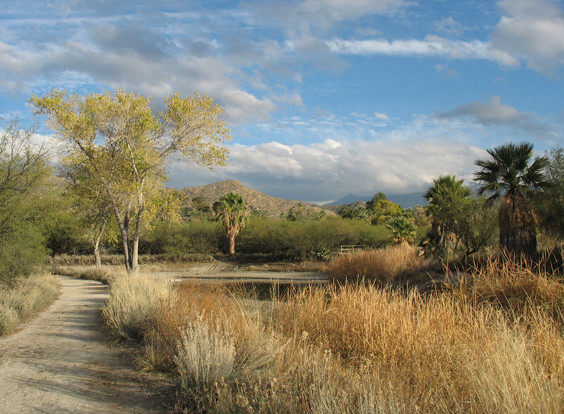 There were originally two springs on the site — one hot, one cold — with a combined flow of about 500 gallons per minute. In a failed attempt to increase water flow, the two springs were blasted in the mid-1930s, creating one spring with a constant temperature of 72° F and a flow of 150-300 gpm. 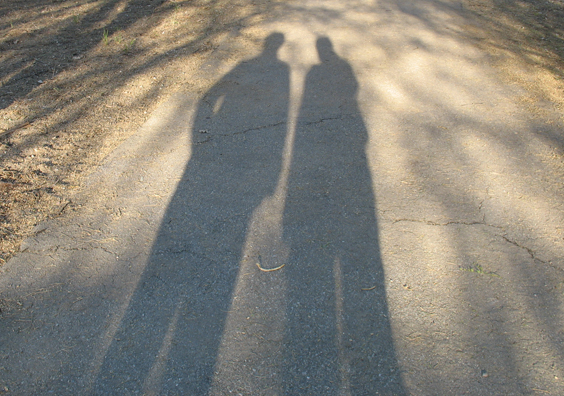 The spring was blasted again in the early 1960s by the Myriad Research & Development Corp., which cut the water flow to 100-125 gpm. During the drought of 2003-4, the flow declined to 14 gpm, which dried up two of the three ponds. So Pima County dug a well and installed a pump on the property to keep the one remaining lake full. A slightly increased flow rate combined with a wet winter (2004-5) raised the water level enough to fill two of the three ponds. 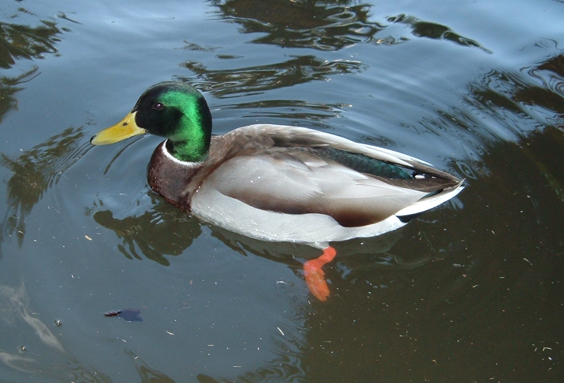 Hundreds of ducks make their home here, and they're all ridiculously tame. For a good time, wait for a family to ignore the signs and toss scraps of bread to the ducks, who will prompty stampede and scare the crap out of them. 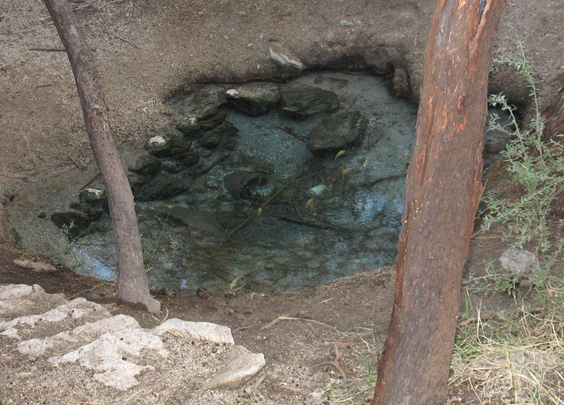 The original spring is still crystal clear and populated by several goldfish. 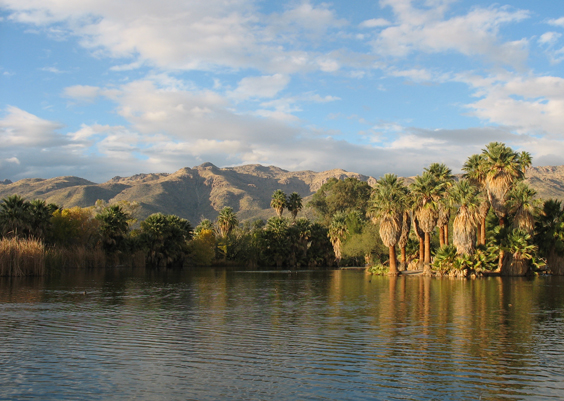 In the main pond, we saw one monster goldfish at least two feet long. What a great natural area just a few miles from downtown Tucson!