It began innocently enough, with an enticing description on the calendar of the Southern Arizona Mountain Bike Association:

"Bear Grass Tank, just east of Arivaca (and west of the Tumocacori mountains). This is a loop on a jeep road through high grassland. Lots of wildflowers. The riding is not very technical, but it is made more difficult than it would otherwise be by the presence of lots of loose rocks. 12 miles and 1200 feet of climbing."

We bought the appropriate topo maps and traced a loop of approximately 12 miles that included a side trip to Bear Grass Tank. 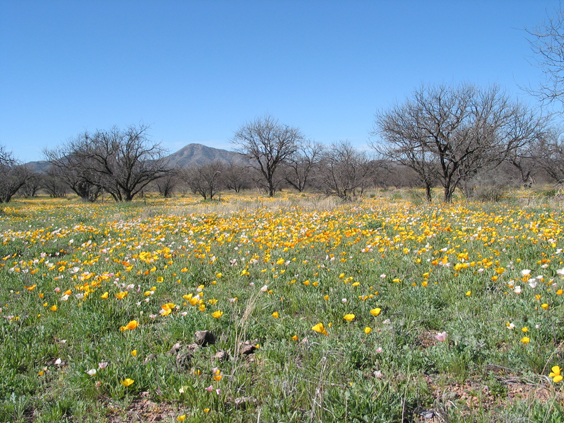 We should have considered it an omen when it took us over an hour to find the beginning of the loop. How could such a remote area be riddled with so many roads?

But there were wildflowers aplenty including this lovely patch of Mexican poppies on Cota Road. 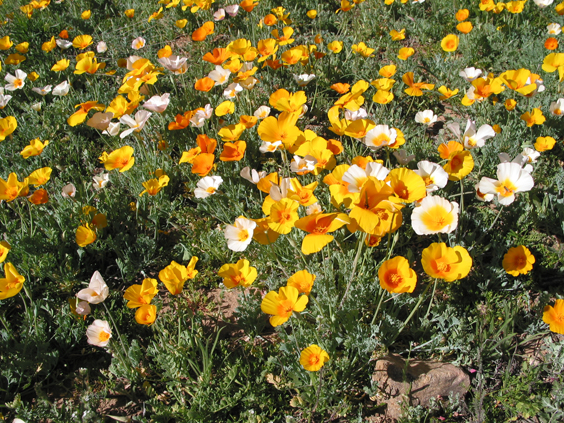 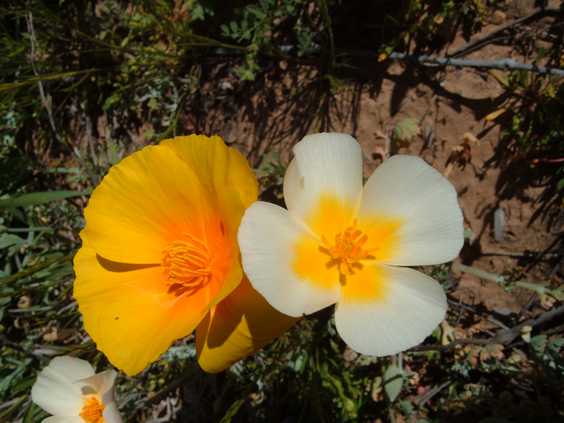 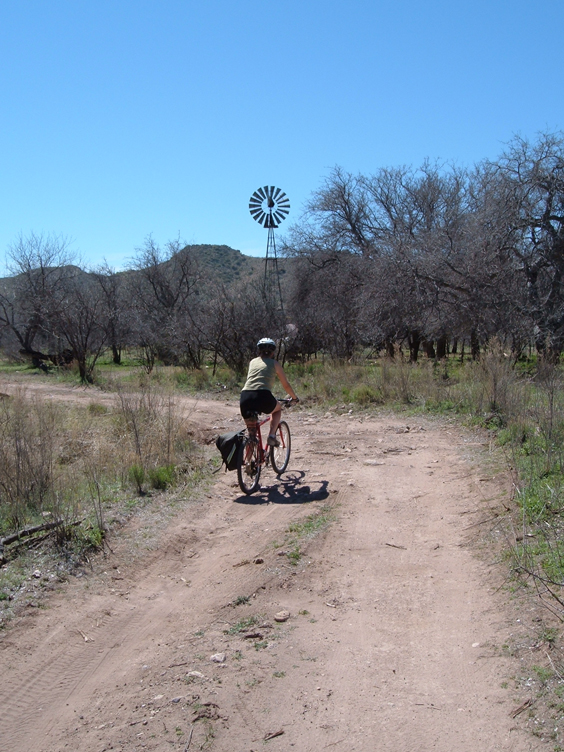 When we reached an impassable wash, we parked the car and continued on the bikes, beginning with a brisk climb to the top of Jalisco Ridge. We dropped into a large wash -- probably Jalisco Canyon -- that dead-ended at a magificient working windmill. Backtrack up the wash to an even smaller road that led us over a high plateau with great views in all directions. 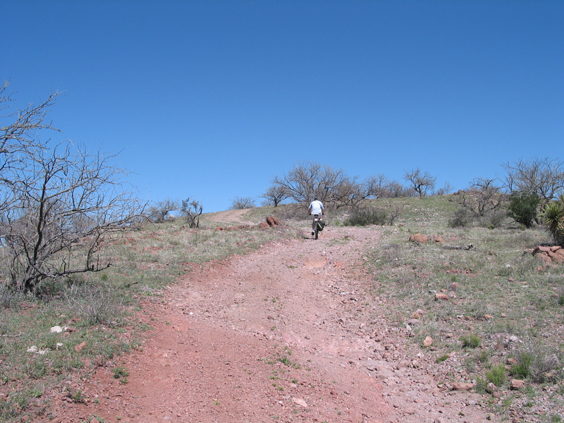 We had no trouble identifying the short pigtail that dead-ended in Apache Canyon, or the ruins of Midway Well. Here the two-rut road was joined by an extremely well-trodden migrant trail littered with bottles of "Electrolit." In another mile we spotted a minor spur that leads to Bear Grass Tank. 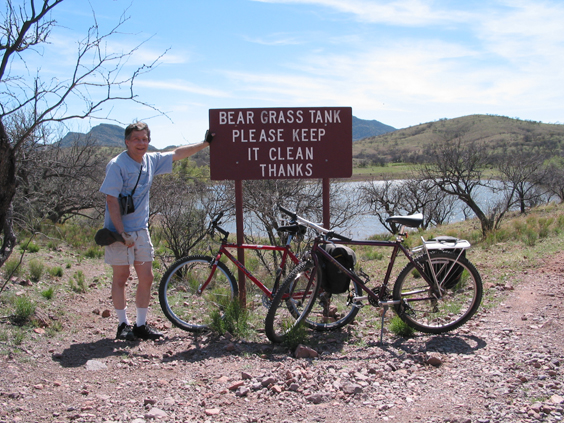 It's a pretty spot, and the water was tempting but for the abundant evidence of bovine activity. 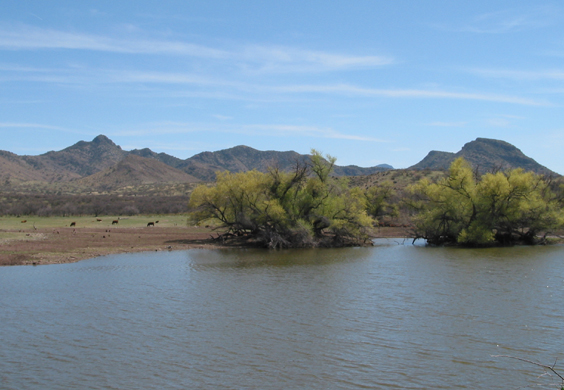 After a quick lunch and water break, we were back on the trail. We were closing the gate when I heard a noise like a tornado, and looked up to see the sky darkened by a huge cloud of killer bees. They passed by, oblivious to our presence, but my legs were shaking. 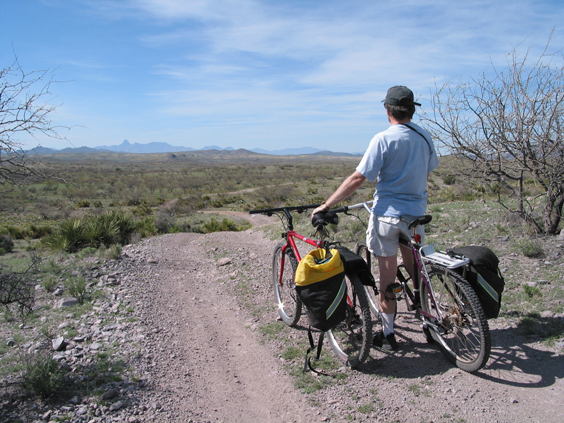 With the wind at our backs we made good time on the next leg. In no time we spotted Jalisco Ridge to our south, but none of the sideroads resembled anything on the topo maps. We forged on, and the ridge disappeared. The sun told us we were heading north, which made no sense. 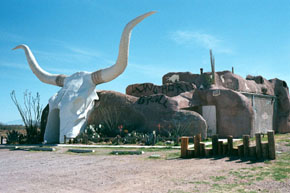 We stopped the only two cars we saw to ask for directions, but at the wheel of those powerful SUVs were tin men and women who were equally indifferent to their surroundings and to the plight of two lost dehydrated middle-aged bicyclists. Did we really look like drug runners? It was nearly 6:00 pm before we finally made our way back to Jalisco Ridge, having stretched a 12-mile cruise into an ordeal of 25 miles or more. P.S. The Longhorn Sirloin in Amado has great burgers and the margaritas aren't half bad, either.